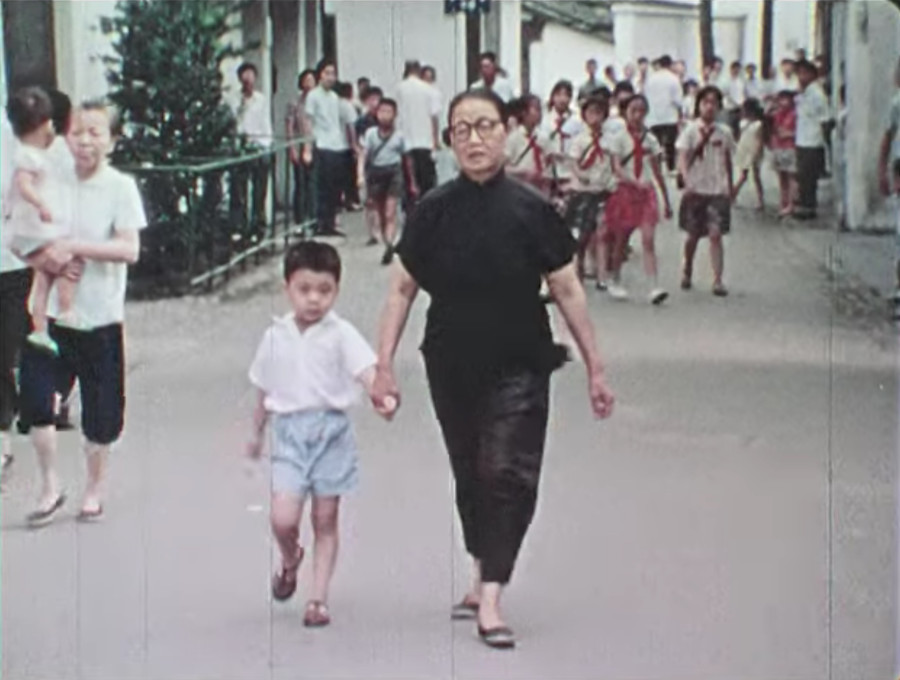 “Shanghai” is late in the run of news specials on China but Irv Drasnin, the producer-reporter‐narrator‐writer, does have something extra to offer. The documentary, filmed during two months last summer, is described as “the longest stay any American observer has been permitted in this city. The result is a valuable study in unusual depth, including rare interviews with government officials on several levels. The present and past of the city are expertly intermingled to illustrate key aspects of the revolution. Greg Cooke, the cameraman, can share a good deal of the credit with Mr. Drasnin." (New York Times, March 8, 1974)
This rare documentary by Irv Drasnin, called Shanghai, was filmed in the summer 1973 (Part 1 & Part 2). In one of the focus stories we follow Grandmother Wu, "of No. 9 Alley 74" 某某路74弄9号, located, it seems, somewhere in the old town on Zhangjiazhai Road 张家宅路, off West Beijing Road (see below). Cheers to my friend for reminding of this film!

If the film shows locations truthfully, then this is Grandmother Wu's street: 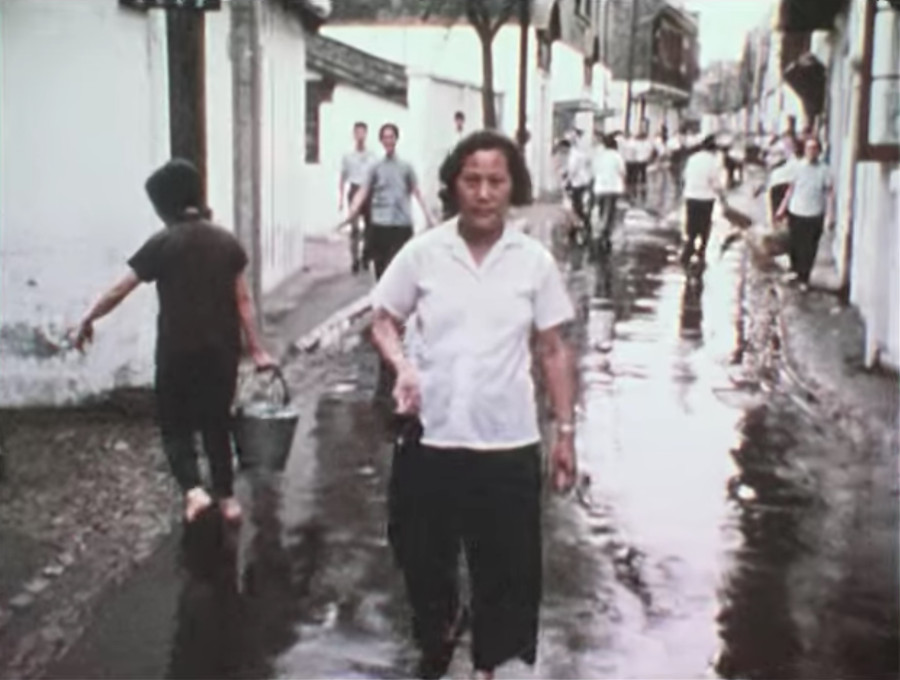 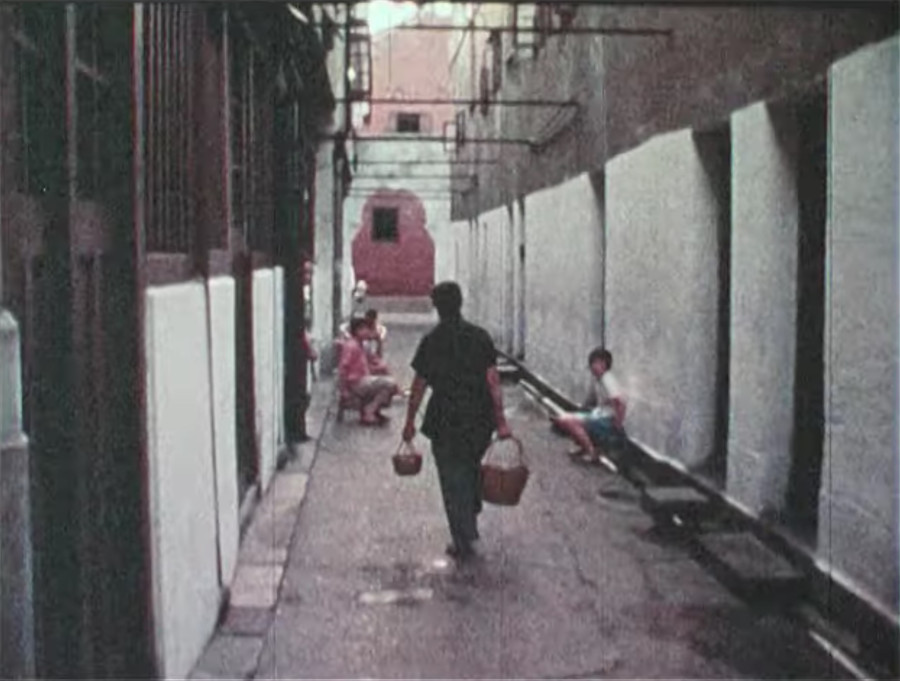 This is her neighborhood market: 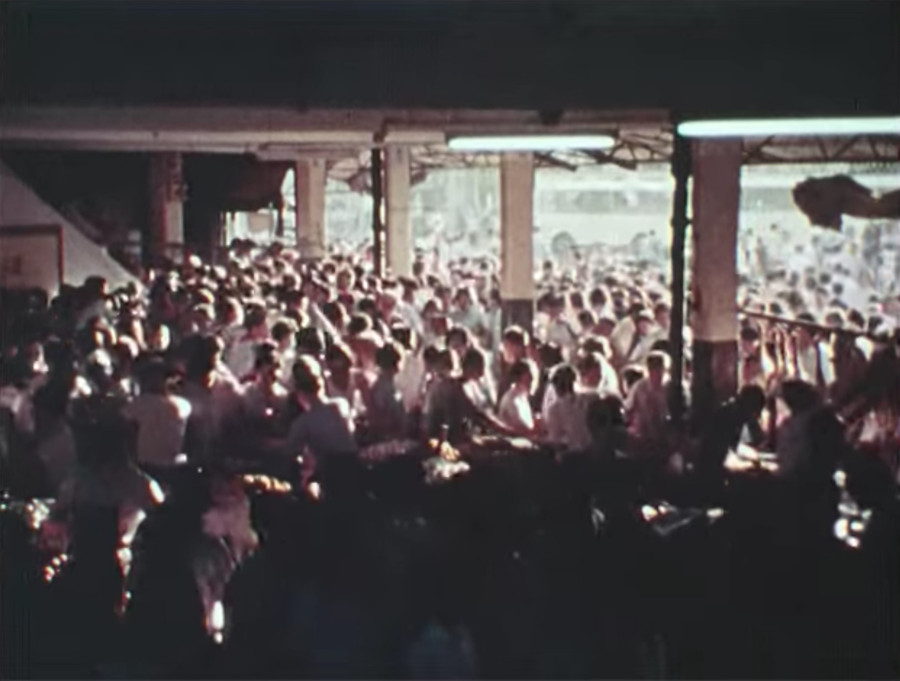 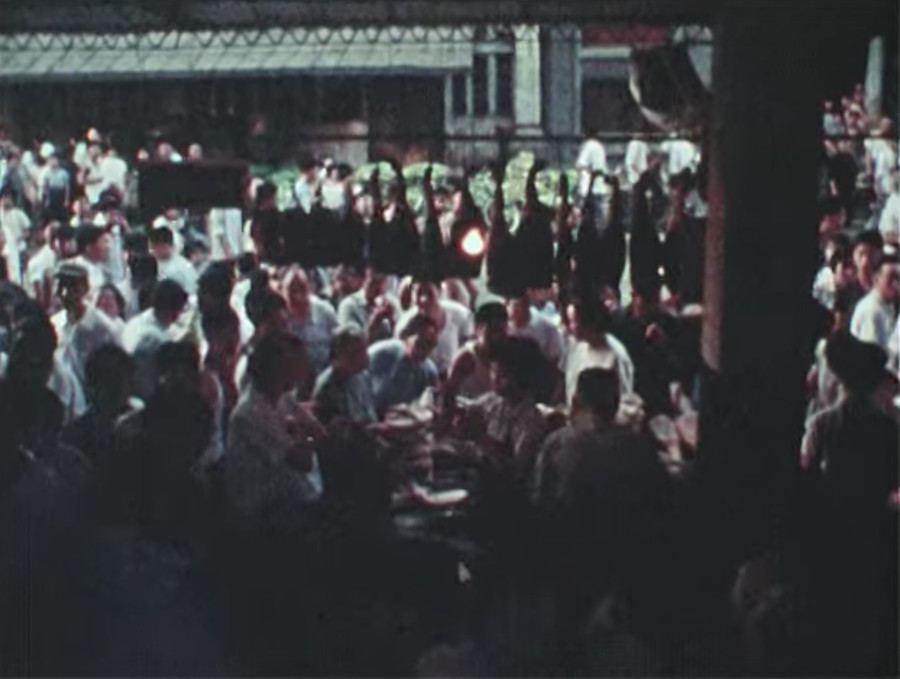 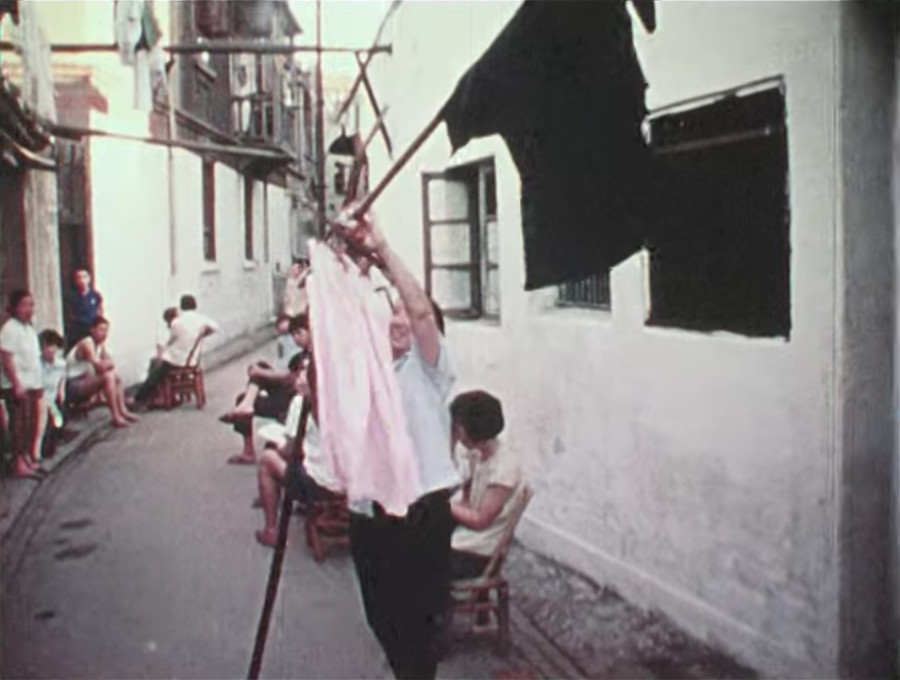 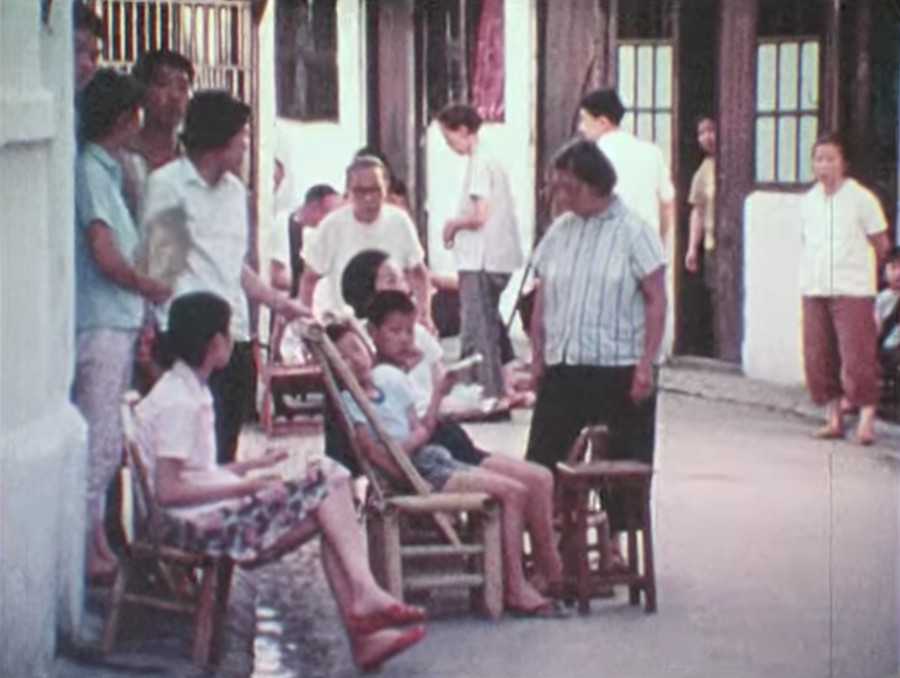 Where exactly are we? A typical low-rise shikumen/lilong neighborhood; a public bus runs along the tree-lined street right outside of it. The curvature of the alleys and the type of housing strongly suggested the old town – but friends pointed at this locally-made TV documentary that confirmed: this is Zhangjiazhai Road 张家宅路, off West Beijing Road and Shimen Road. 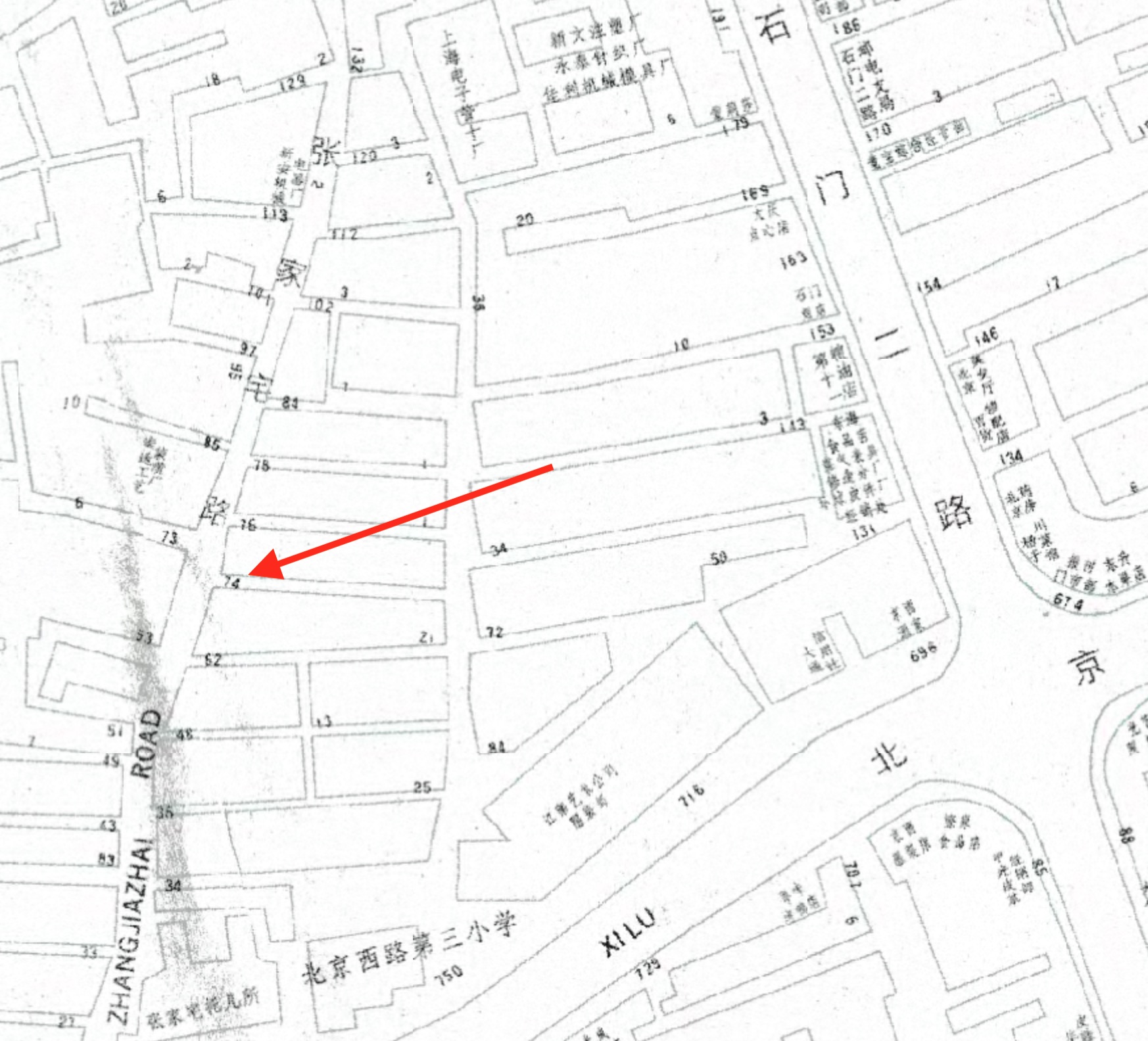 View west, from Shimen Er Lu; the tree-lined Beijing Road is going off into the distance on the left; Zhangjiazhai Road intersects the view horizontally, in the middle. The site is now completely redeveloped and built up. Only the boundaries of the lots suggest the uneven path of Zhangjiazhai Road as it wove its way through the block.
Collapse