Thomas Hanbury's letters written between 1860 and 1862 – the years filled with excitement and anxiety – record the population explosion that Shanghai experienced during the final phase of the Taiping Rebellion, when people from the provinces around Shanghi, rich and poor, sought shelter in the safety of the young treaty port. Seeing the increased demand for housing – the first ever in Shanghai – Hanbury used this opportunity to build a fortune in real estate. Here are some excerpts:

29th of May, 1860
The poor country people are again crowding into our Settlement, while we can once more see the smoke in the distance caused by their cottages committed to the flames.

26th of June, 1860
I have just been to the house of the wealthiest man in the city; he is sorely troubled and greatly afraid of the coming of the rebels. He has taken lodgings in the Foreign Settlement next door to my house as the safest place, sending his wife and children to his country house, distant about three miles ; these latter are in a great fright also, so he begged me to purchase for him a large foreign flag to stick up on a bamboo at his house, which I have done. He also wants me to hire four foreign sailors to mount guard at his country house to make a formidable appearance and frighten away bad characters; they are to be armed with muskets, but provided with no bullets, as he fears they may get tipsy, and when in that state, so common to sailors here, be liable to shoot friends as well as foes. Six hundred Sikhs arrived yesterday, and four hundred of them went up the creek that bounds the Settlement this afternoon to form an outpost in the direction in which the rebels are expected.

20th of April, 1861
Our labour is very much increased by the new treaty coming into force; formerly we were the last port in the East, now there are mails to Japan (Kanagawa, Nagasaki), Tientsin, Chefoo, Nieuchwang, and the Yangtse; besides to Foochow, Amoy, Hong Kong, and ports beyond; we need to be fully alive not to miss an opportunity. The number of wealthy Chinese now coming here is something really astonishing; houses and shops are going up in all directions, and many are getting rich by selling and renting land.

8th of October, 1861
My time here is so very fully occupied that I really have no leisure for many things I should like to do. Wealthy Chinese are so constantly asking me to help them to manage their property, to act for them, become trustee and all manner of things, that I really could with advantage employ three heads and three pairs of hands constantly going ; actually the other day the title-deeds of no fewer than twenty-six landed properties and estates, houses, warehouses, &c., were put into my hands, and I was asked to become trustee for them all; the value of them all must have been over fifty thousand pounds. Then business worries a good deal, and servants and clerks are frac- tious and troublesome, so that I have by no means an easy life of it, and I want rest and change very much indeed.

21st of November, 1861
The rebels are again down close to us, burning, killing, and plundering; the smoke from the homesteads in flames can plainly be seen from the top of the houses in the direction of Woosung. [...] The Chinese continue to crowd into our Settlement, which has increased enormously; people are coming up from Ningpo, which place it is fully expected will shortly be taken by the rebels.

9th of December, 1861
The rebels often come quite close to the place, burning and destroying wherever they go. The Chinese show the greatest confidence in the power of the Europeans to withstand them, and our population is increasing enormously by the numbers that are flocking in for protection from all quarters. The French are acting very arbitrarily here in seizing on land and houses belonging to Chinese, and turning them out whether they like it or not, and giving them about a third or a quarter of the actual value of the same. Many are imploring me to help them, but what can I do against the French power here? Already I have got into hot water for interfering in the matter.

19th January, 1862
Those Chinese who do business with us are constantly coming to ask if there is any fresh news, and what our opinion is as regards there being any danger; many beg permission for their families to come and stay on our premises. Our large treasury is getting gradually filled with money, as also our godowns with silk and books and wearing apparel. I chartered the American ship Hound, consigned to us the other day, to a wealthy silk-man, who put his family and friends on board and pays us one hundred and fifty dollars per day for the privilege and protection thus afforded. Steamers are chartered at even a much higher rate, and I have no doubt that, were I so inclined, I could let out every room in my house at an exorbitant rate.

Top image: Painting of the panoramic view of the Bund, as seen from the Trinity Church, c. 1860.

From the recent article History of Photography in China: New Discoveries and Research, by Terry Bennett:

"In the 29 September 1860 issue of the French periodical L’Illustration, a group of 11 engravings after photographs by Georges de Saint-Priest (1835-1898) were included. The accompanying article was short on detail. The aristocrat Saint-Priest had Russian family connections and travelled to Beijing on a visit to the Russian Ecclesiastical Mission established there since the 18th century. They were the only foreigners allowed to live in the capital, and presumably, Saint-Priest was posing as a Russian. Very little is known about Saint-Priest, and I was pleased to recently find a Disderi & Co. carte de visite portrait of the Frenchman, dated 1858.

Incidentally, I think it most likely that the Russians at the Ecclesiastical Mission, who included scientists and artists, took photographs perhaps some years before Saint-Priest used his camera. The bearded Russian artist, Lev Stepanovich Igorev (1822–1893), is [likely] the photographer of a group of forty-three photographs in the London Missionary Society archives (SOAS, Library, archives, CWM/LMS/15/10/5/079). I hope that evidence of this kind of early Russian photography in Beijing will surface from Russian archives."

The 43 photographs at the SOAS are here. 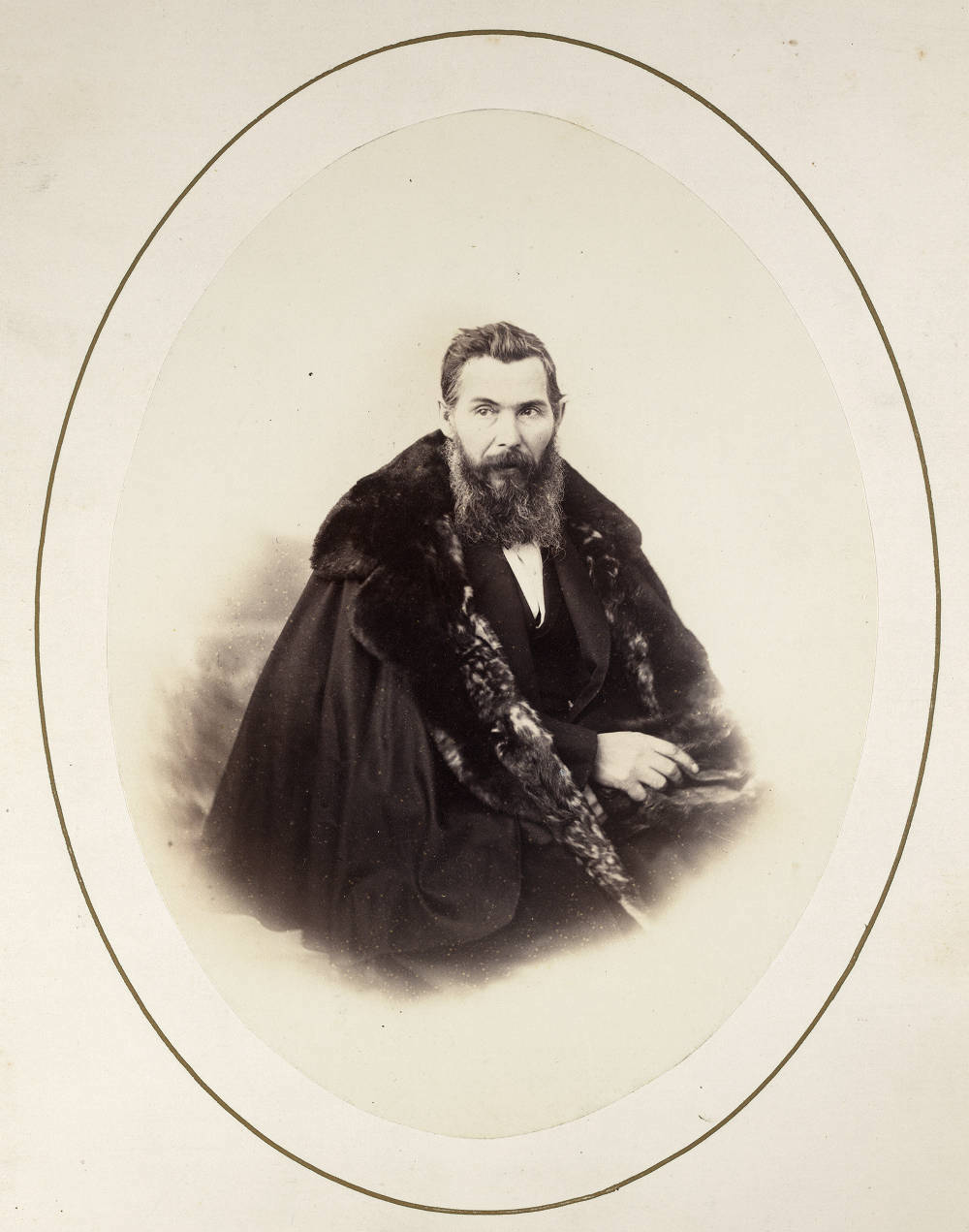 "Over the porch of the new gate of the city, constructed by the French, a large stone tablet has been inserted, with the designation of "Porte Montauban." (NCH, 27 April 1861) 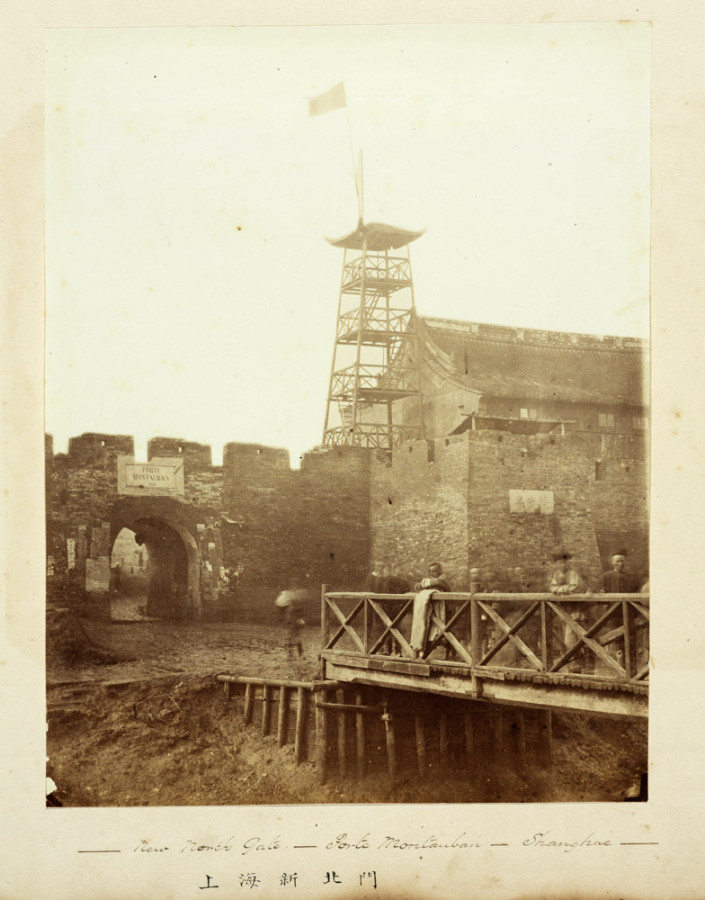 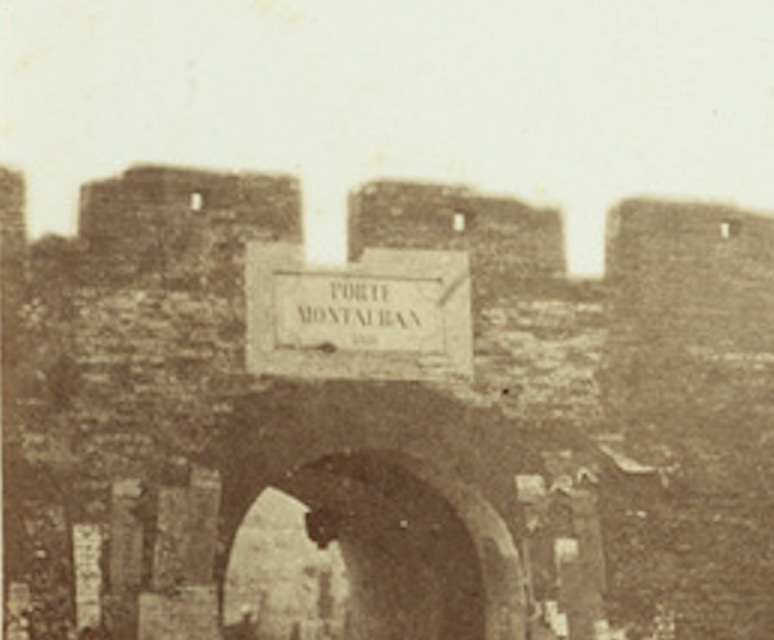