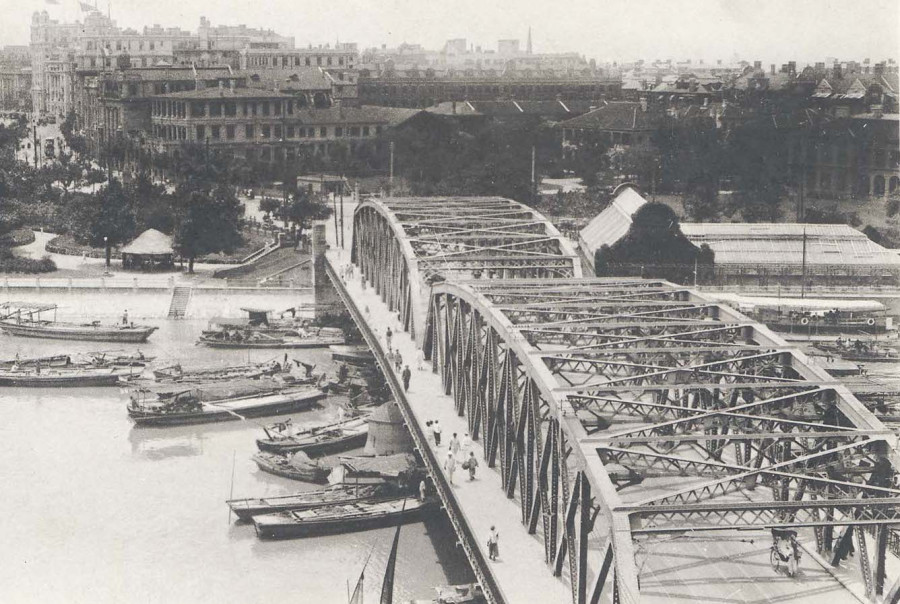 This following was published in the China Press under a stock photo of the Garden Bridge, in June 1932:

This is the famous Garden Bridge, spanning the Whangpoo (eh?). That it is famous cannot be disputed, but the Shanghai Council does not believe that it is famous because of its beauty, apparently, because plans for a new bridge to take its place are being drawn up. Narrow, ugly, with enough steel in it to build a skyscraper, it is felt that the bridge is not conforming with the improving appearance of its own section of the city.

>>>
An earlier article from November 1931 lauded the Garden Bridge as cosmopolitan and useful. We can only congratulate Shanghai that the plan to replace it did not come to fruition!