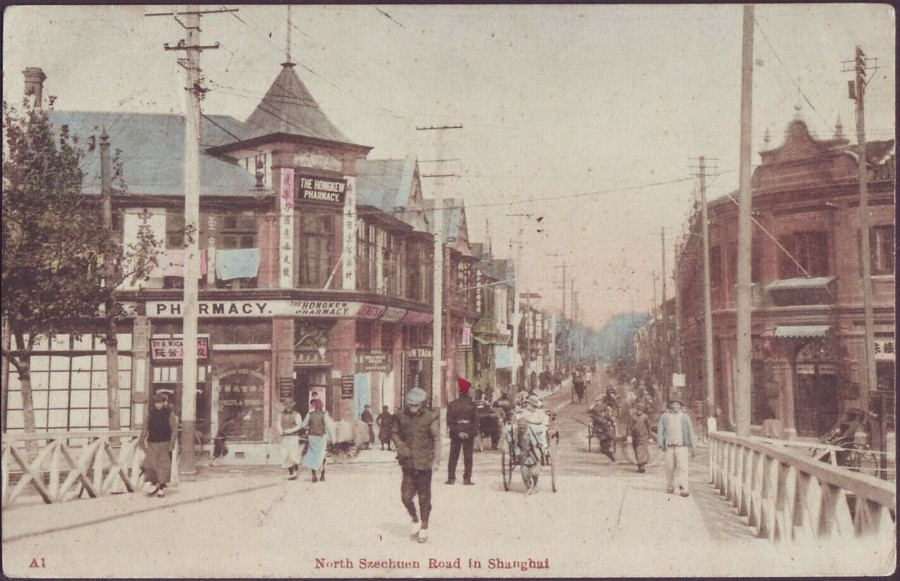 This postcard with a view of North Szechuen (Sichuan) Road was sent from Lida in Shanghai to Anna Fischer in Moscow, in February 1914:
"Dear Anna, Why aren't you writing? I've sent you many postcards. I think not all the post gets through. Shura Neimann has not received any either. Someone has been stealing the stamps. Write me. Kisses and hugs. Lida"

Well, at least, this postcard got through – and in less than two weeks! If someone stole the stamps, it must have been the collector. 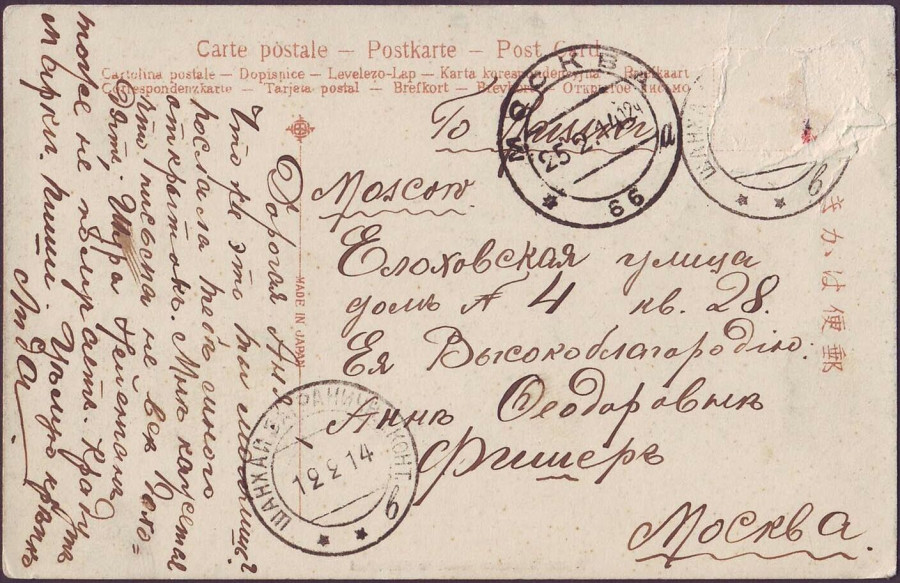 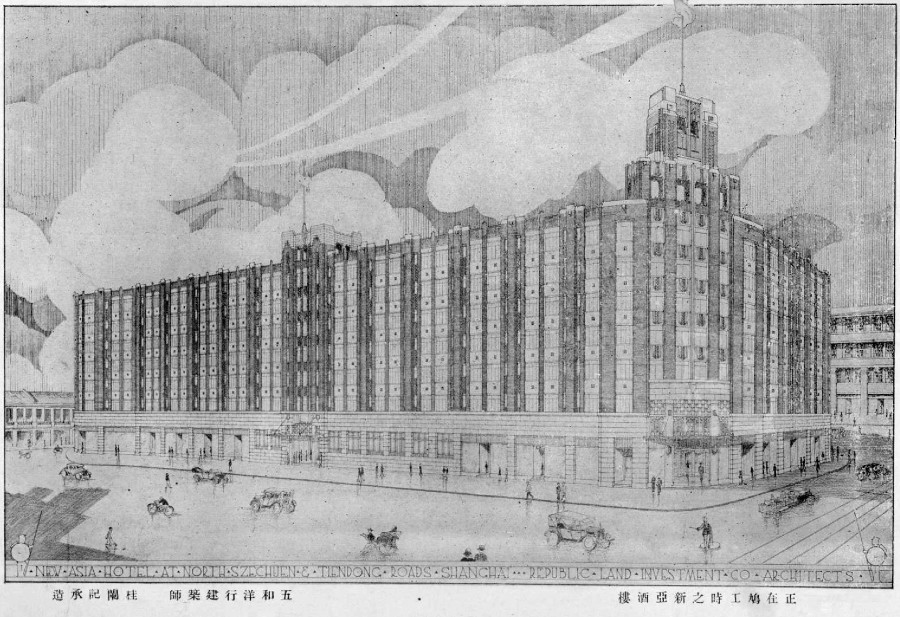 It is often thought that Poy Gum Lee 李锦沛 designed the New Asia Hotel 新亚酒楼 in Hongkou, but in reality, it was the architectural department of the Republic Land Investment 五和洋行, headed by S. A. Sayer 席拉, that designed the building.

In early August 1932, the North-China Daily News published an article on the new hotel in the making, and the architect Sayer reacted with an irritated letter: "We were certainly surprised to learn that the plans of this building were subject to the approval of Mr. Poy Gum Lee, for we, as architects and civil engineer for the bulding acting under direct instruction from Republic Land Investment, have no knowledge whatsoever of Mr. Poy G. Lee having any connection with this work. The whole of the architectural and civil engineering work was carried out by us..."

The company, evidently, pressured Poy Gum Lee to publicly deny his involvement with the project, and his refutation appeared not only in NCDN, but also in China Press: "Mr. P. G. Lee, who was reported recently as the consulting architect, stated yesterday that while he is acting temporarily in an advisory capacity, he is not the architect of the building, nor will he have any active part in its construction."

Here is the plan of the development, published in 1934, where A & B are the New Asia Hotel & Apartments, C – Derring Apartments, D – Bridge House: 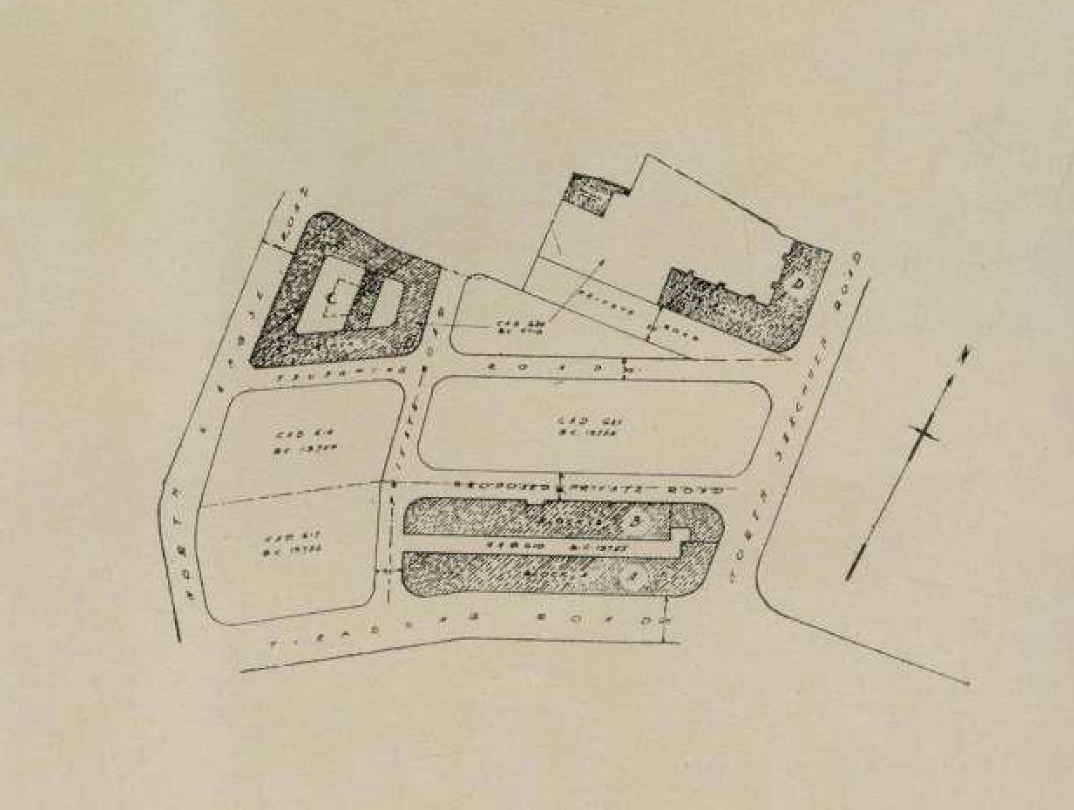 This ad was published in China Press in July 1935: 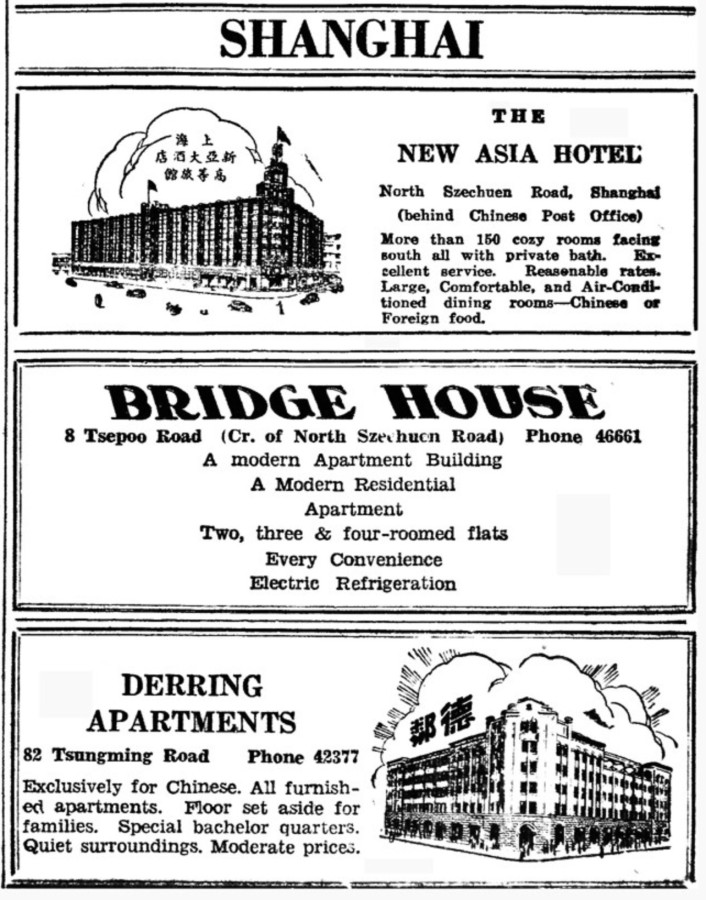 Pathetically little is known about S. A. Sayer, other than the fact that he was with the Republic Land Investment all through the 1930s and into the 1940s. So this post is also his appearance in the NETA (Nobody Ever Talks About...) column. This column focuses on lesser-known Shanghai architects and has already introduced Bright Fraser, Gabriel Rabinovich, Wladimir Livin-Goldenstaedt, Karsten Hermann Suhr, Ilarion Tomashevsky, Hans Hajek, Boris Krivoss and Isabella Karsnitsky. Future issues will feature Paul Chelazzi, George Edward Koster, Xi Fuquan, B. L. Matrai, Chiulin Shih, Abelardo Lafuente, Hans Berents, Joseph Hammerschmidt and Jones Architects – all different nationalities! – who have left their imprint on Shanghai.