Trove is a great source of digitized historic newspapers. Here is what The Canberra Times wrote about Shanghai in 1957:

"There are two European rendezvous left – a pastry shop on Avenue Joffre, where groups of White Russians lean against the windows and do their best to ignore the city outside, and a coffee shop in an arcade near the Bund. Here the silverware is U.S. Navy, the refrigerator is an old soft drink cooler, and the customers are semi-refugees who have nothing else to do. "None of them has a job; they are all living on their capital," said a European. "One of them used to be a priest, some of the others were businessmen, and some of them have never done anything. They are waiting for something to happen or for some place to go."

I wonder which was that "last pastry shop on Avenue Joffre" – perhaps, Tchakalian's French Bakery under the new management, or perhaps Mignon, operated by one of the Russian unfortunates who failed to secure an exit visa...

The author of another article, published in in Sydney Tribune, visits the former British Shanghai Club under the Communist management and compares Shanghai in 1936 and 1961:

"There'd be moaning at the Long Bar if the tycoons could see the mockery that People's Revolution has made of their old lives of luxury and parasitism. At the top of the Club's marble stairs today a red sign proclaims, "Workers of the World Unite!" Chinese seamen, banned in the old days by the imperialist overlords, along with dogs, from the Shanghai Club, now sit reading in the lounge chairs, where tycoons once slept off a long and liquid lunch. Scandinavian, German, British, Polish and African seamen occupy the stools at the Long Bar, ordering large bottles of cold Shanghai beer for 1/9.

Many of the sacred institutions that gave Shanghai the false title of "Paris of the East" (Paris was a Calvinist village by comparison) have been swept away, along with the tycoons, in the flood tide of Revolution. No longer can anyone put his arm through a small window in the French Concession and get a cheap narcotics injection. Foreign sailors, if they could re-visit Shanghai, could not reel out of "Blood Alley" to hail a ricksha, nor buy dances with White Russian taxi-girls. Prostitutes, beggars, opium, heroin, the kidnapped girl slaves offered for sale, the foreign garrisons and vandals, can no more bestow on Shanghai that "color" and "romance" noted by tourists and travel writers."

I am intrigued by the narcotics injections administered anonymously through a window in the wall in the French Concession. I don't think I ever heard about this practice. 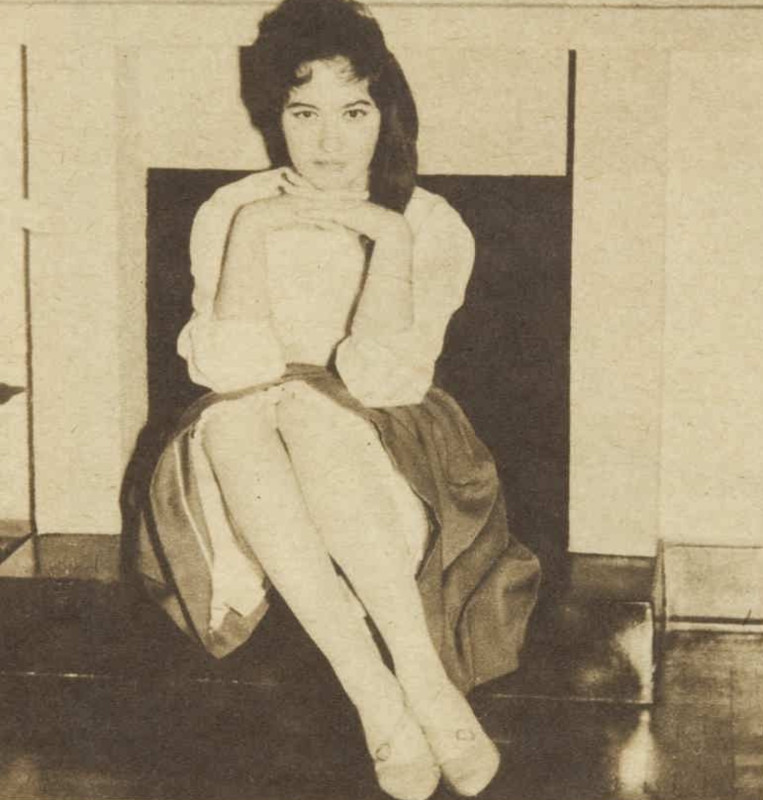 In a letter published in The Australian Women's Weekly, the Russian girl Marianna Mandrigin, born and bred in China, calls herself the last foreign teenager in Shanghai in 1961:

"Our social life is also very different. Our foreign community here is very small, made up of firm representatives and diplomats. Everybody knows everybody and probably hates the sight of everybody. Social life is made up of dinners and cocktails, which are interesting when you are new to it, but prove to be quite boring after a three years' attendance. My youngest friends are 30 and over, but I don't get depressed, or try not to, anyway, because one can learn a lot from grown-ups. However, there are moments when even my cheerfulness is rather low, and then I feel like howling at the moon, as it appears to be the only suitable object. But I know that I shall leave this place in a year or so, and then everything will be different."

From Marianna's letter we learn that she lived in the Gascogne Apartments, Apt 406, with her parents, who were also born in China. Their lifestyle appeared unchanged during the Communist rule. The girl had a wide array of hobbies, studied with private teachers, sat for her Senior Cambridge Examinations at the British Consulate and enrolled in Shanghai Business College (the last one to remain open). Though leaving China was increasingly tough with each year, and few stayed as late as the 1960s, I'm inclined to think the Mandrigins eventually succeeded in leaving for Australia.

UPDATE: As it turns out, three years after the letter was sent, the family moved to UK where they remain to this day. Good for them!

Recent Posts from This Journal