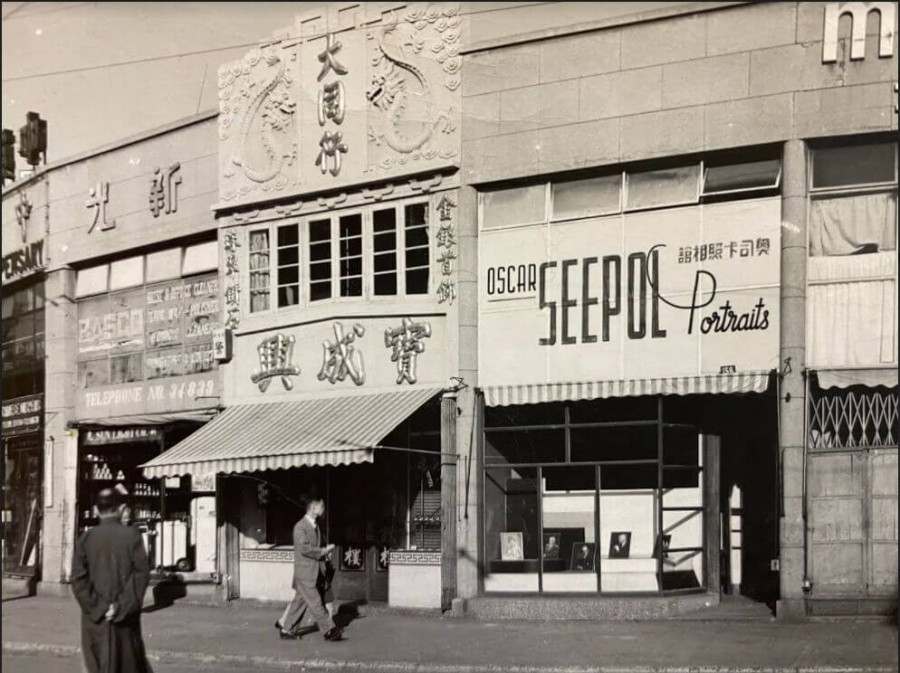 Came across this wonderful little article on Shanghai’s ex-Russia émigré photographer Oscar Seepol. The top image shows the exterior of his photo studio, on the southeast corner of Bubbling Well and Hart Roads.

Here is the text from https://industrialhistoryhk.org/oscar-seepol-biography/:

Cristina Prokop: My grandfather was a character.  Besides what you can gather from googling him, his father left his mother and brother in Harbin while he travelled to Alaska with four cousins to find gold in 1906. He never returned (later found out he died of typhoid fever when he reached Seattle). My great grandmother did not know his fate and went to the States when my grandfather was roughly 10 years old with him and his brother Arnold. Unfortunately, my grandfather got off at a train station to fight some bullies that were taunting him and the train took off without him.
He was orphaned and ran away from the orphanage after being there several months. He joined a circus, but was physically abused as he couldn’t perform on the tightrope (poor guy needed glasses). He ran away from the circus and at age 14 and became an apprentice to a Russian photographer (somewhere in Harbin). He always told me it was one of the best moments of his life. His first job with this man was to keep the fire going 24/7 to heat their house. The man had five children. He had to sleep in a loft in the kitchen and it was the first time in his life that he experienced being warm. He stayed with this family until he was 23 years old. The man taught him how to read and write in Russian, Mandarin, Cantonese and English. My grandfather had no formal schooling, yet he could read, write and speak in the above languages. He also learned Spanish and German.
During the war, he helped a German photographer with his studio as well as running his own. That friend of his left him in charge of his studio whilst he went back to Germany to find out why his family wasn’t responding to his correspondence. He was Jewish. I have a letter my grandfather wrote him towards the end of the war with supplications on instruction what to do with his studio as my grandfather knew that it would be taken over by communism. The man never answered back.
He sold both studios, buried the money (it was gold bricks at the time), retrieved it after the war ended and fled to San Francisco with my mother and aunt. His wife (my grandmother) died of tuberculosis in Bombay, when my mother was six years old. He raised his daughters as a single father. He never saw his mother again (she died in CA in 1946). However, he did reunite with his brother Arnold in San Francisco. He travelled across the country with his two daughters by train to New York where he boarded a ship to Argentina. He worked there as a photographer until 1958 which is when he returned to San Francisco.
During WW2 in Shanghai, he was a well-respected photographer and sought-after by the Japanese soldiers as well as American and the Chinese people. He was Russian (Latvian) and many Russian men at that time were prisoners leaving behind their wives and children. My grandfather was a very generous man who helped out the Russian community in Shanghai while the men were in concentration camps. After the war he kept in touch with several of them who felt much gratitude for his generosity during war time.
He was not famous or anything while he was alive but through the years, his photographs have been presented in many books as well as museums.  For myself, I have learned quite a bit about “Indochine” as he used to call it. He took pictures of the last Maharaji’s 18 birthday in in India (Mom was born in Bombay), and I have a lot of photographs that I plan to donate to museums as he recorded history with great enthusiasm.
---

The well-known Shanghai photographer Oscar Yanovich Seepol, b. 1903 in Riga, married Tatiana Rudenko, b. 1913, formerly of Tientsin, in February 1934. The German photo studio he was with at the time must be Bann's Photo Studio. Then the couple moved to Bombay where their daughters were born, Victoria, in 1936, and Helen, in 1937. After Tatiana’s death from tuberculosis, in 1941 Seepol moved back to Shanghai. He passed the knowledge of photography to the famous photographer Sam Tata, of the Shanghai Tata clan. Historical Photographs of China has a collection of Seepol's photos showing the Lunghwa Internment Center, and Industrial History HK has some more. 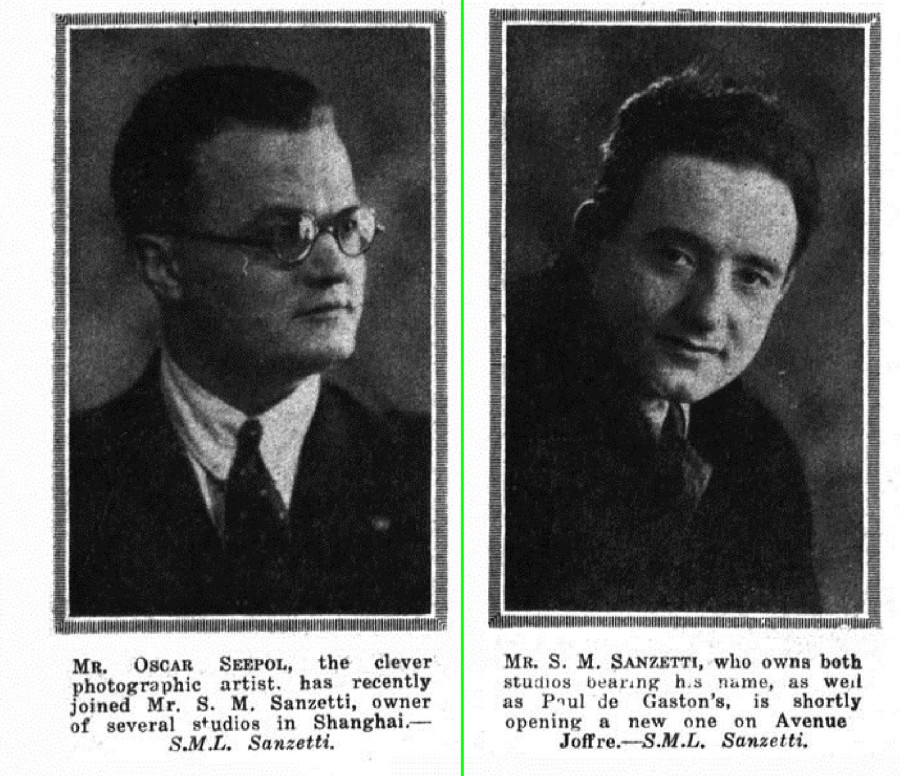 An ad for Bann's Photo Studio: 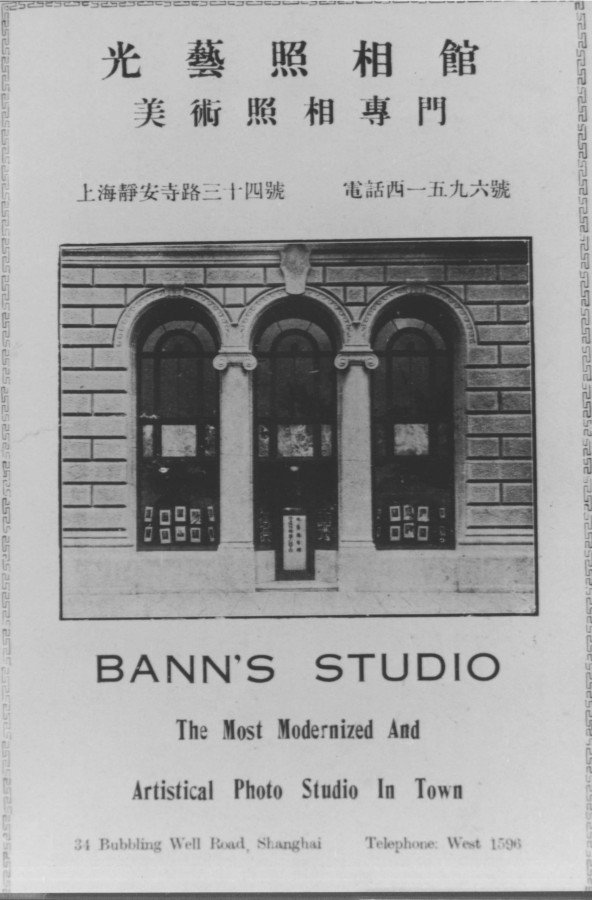 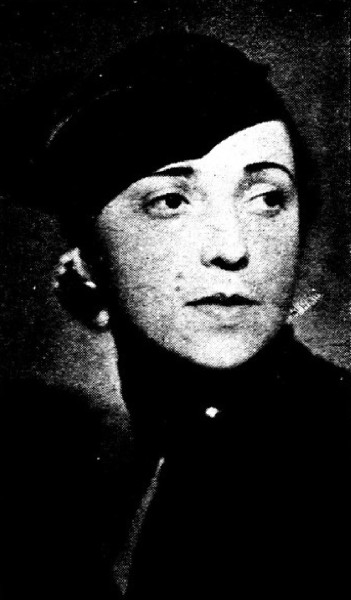 Oscar Seepol with his daughter Helen – likely, photographed in Bombay; the family shared this image on Reddit: 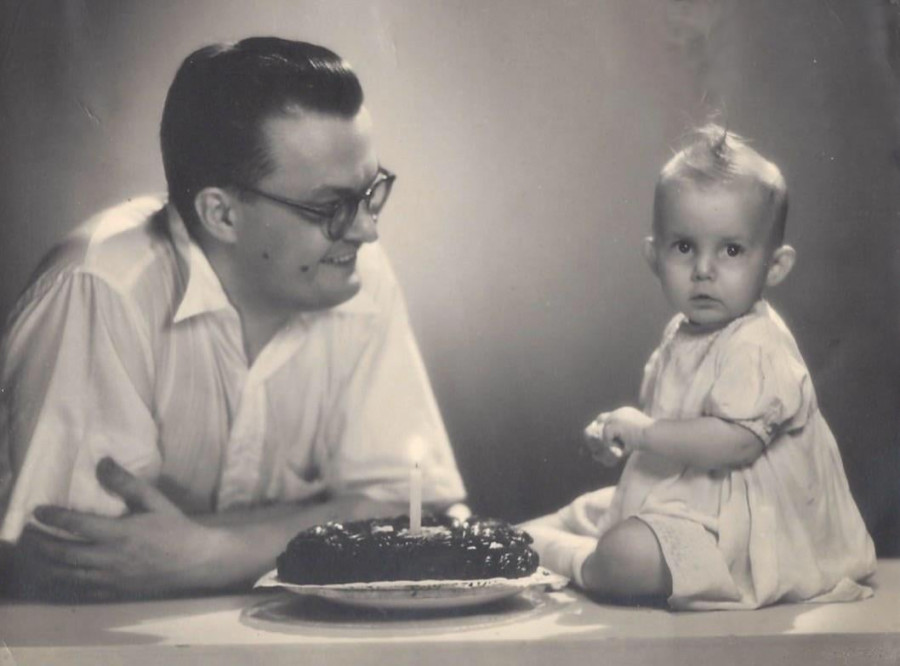 This photo of Moses Katz bears the stamp of Oscar Seepol's Photo Studio:

Posts from This Journal “shanghai” Tag