Complaining of hot weather in April 1936 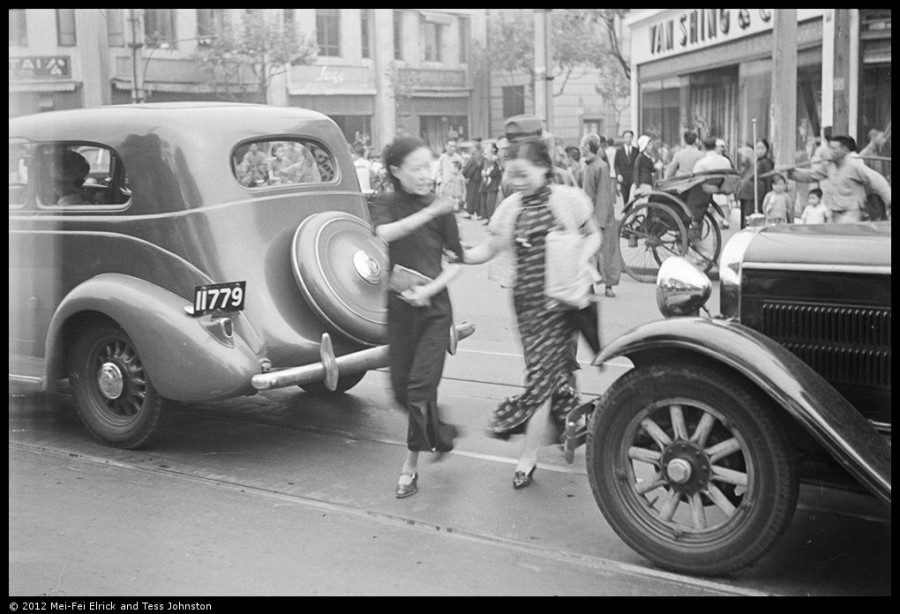 Mercury Hits 82.9 (28°C) In City; Clothes Shed
Yesterday's High Is 20 Degrees Above Same Day In '35
It was hot yesterday, too hot for comfort, but then Shanghai residents don't need to be told about that. They know it. Most of them spent the day actually perspiring for the mercury jumped suddenly to the rather amazing figure of 82.9°F (28°C). And that's rather hot for the 6th of April.
This figure was reached shortly after the noon hour, having risen from 55.4°F (13°C) in the early morning. It was more than 20 (11) degrees warmer than on the same day in 1935 when the highest mark recorded was 62.2°F (17°C).
For most Shanghai residents, the day was all but miserable. The majority of businessmen appeared for work in the morning clad in their heavy suits and wearing coats. By noon, they were seen discarding coats and vests. Many made trips home to change into lighter wear. The fair sex blossomed out in new spring suits. Light grays and polka dots glistened across Avenue Joffre and Bubbling Well Road.

Windows were opened. Cool breezes were welcomed. In fact, in many homes and offices it was cooler inside than it was out.
Among the ricksha-pulling fraternity, there was plenty of puffing and sweating. Just finished with cold weather, the sudden heat had a rather devastating effect on the coolies. They tired quickly and the service was not as rapid as usual.
From the China Press, April 1936

Posts from This Journal “weather” Tag