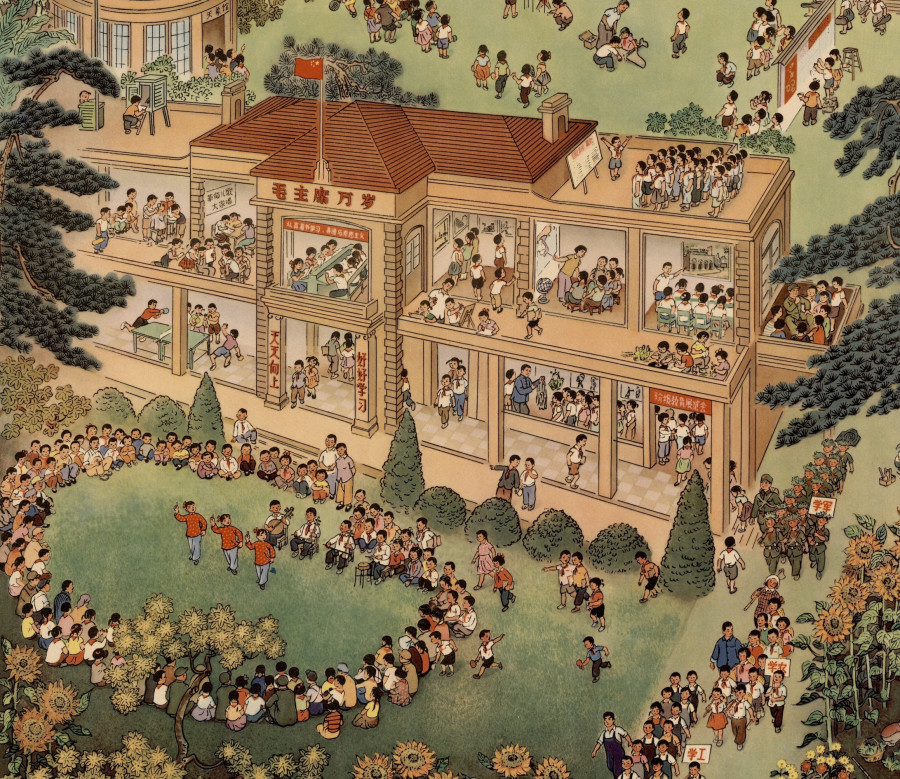 This article is adapted from the bi-weekly series in Magazeta.

Eleazer Silas ("Elly") Kadoorie (1867–1944), of the Iraqi Jewish heritage, came to Shanghai as a teenager in 1880 to work as an assistant at the Sassoon company. Eventually, he branched out on his own, operating in Shanghai and Hong Kong. His business empire – rubber plantations, hospitality, commercial banking, real estate – put Kadoorie's name into "the big four," alongside Sassoon, Hardoon and Ezra.

In 1918, Elly Kadoorie initiated the construction of a designated building for the Jewish Club, designed by the Spanish architect Abelardo Lafuente and his partner Gerald Owen Wootten. Sitting on the 20-mu piece of land, the club was "nothing ornate of luxurious," but had "good, substantial and artistic furnishings" to meet the needs of the members. The grounds provided ample space for tennis and croquet, accounting also for the interests of the "the members who prefer quiet walks and beautiful flowers." The building had "a large auditorium 80 ft by 50 ft, library, billiard and card rooms," and all other conveniences of a well-equipped country club. In anticipation of the future expansion, the foundations and the supporting walls were made exceptionally strong – "so that the addition of one of two more storeys can be made without the reconstruction of the building" – which proved to be instrumental in the building's subsequent modification.

The original Jewish Club, built in 1918

Soon after the Jewish Club's opening, however, misfortunes began. In February 1919, a fire ravaged Kadoorie's residence located on Bubbling Well Road nearby, and the fire took the life of his wife Laura (said to be the first woman in Shanghai to drive an automobile). In May next year, a fire broke out in the Jewish Club – "incediarism suspected" – and it partially destroyed the top floor in the east wing and the roof. After this, Elly Kadoorie and his sons Horace and Lawrence went to London, leaving the reconstruction of the Jewish Club in the hands of the family friend, the architect A. W. Graham-Brown.

Graham-Brown, a stepson of the English actress Marie Tempest, was partners with George Christopher Wingrove, who had completed the Shanghai Club after the death of its original architect H. Tarrant and who later built an extra wing for the Hotel Plaza. The Jewish Club assignment, however, ruined their partnership, and Graham-Brown later worked on his own, completing the beautiful Brunner and Mond building, on Szechuen Road, in 1923. According to Lawrence Kadoorie's recollections, quoted by Nigel Cameron (1982), Harriet Sergeant (1991) and others, Graham-Brown was a heavy drinker. During the reconstruction of the Jewish Club he gave full reign to his cinematic visions, sending puzzling telegrams to Europe – such as "Want to raise ballroom roof fifteen feet" – when no ballroom had even been planned.

"Exasperated, Elly Kadoorie sent final and, in the circumstances, possibly unwise instructions: 'Do only what is absolutely necessary.' After three years, the Kadoorie family returned to Shanghai. They found enraged contractors, the architect an alcoholic in hospital with DT's, and a ballroom 65 feet high, 80 feet long and 50 feet wide, lit by 3,600 different-colored electric light bulbs. With one flick the Kadoories could turn their ballroom from pink to blue to red or have the whole lot on at once."

Elly Kadoorie deemed the resulting mansion too grand for the needs of the Jewish community, so he made it his residence. It was unveiled in March 1924, when local journalists and the public were invited to inspect it. "It has been built on a lavish scale, yet at the same time it is not ostentatious. There is marble everywhere [...] but without a suggestion of vulgarity. The work has been executed with wonderful good taste, giving a most pleasing effect where it would have been so easy to overdo it." The Kadoorie residence was immediately nicknamed Marble Hall, for the 150 tons of Italian marble used in the creation of the monumental sculptures and decorative cladding by G. Finocchiaro.

"At the entrance are the handsome iron gates with heavy brass balusters and brass enrichments in the architraves. Passing by the main east entrance to the lawns one has a magnificent view of the 300-feet frontage. Raised several feet above the lawns, the building in is a striking example of the free Renaissance style with a suggestion of the Italian influence. It has a wide stone terrace further beautified by handsome bronze lamps, whilst sculptured sets are on their way for erection there, and then the fine glass enclosed interesting electric fittings in the form of shallow bowls of leaded glass, elaborate chains and rams' heads ornamentation, designed and executed by Arts & Crafts."

In the center of the mansion was its main attraction – the grand ballroom – "appealing more to the most people in this dancing city." Executed in the Italian renaissance-style, its vaulted ceiling was richly covered with plaster work by Arts & Crafts. The ballroom was comparable in volume to the Carlton Café, the largest event venue in town, which had recently opened. "On the north side is a marble-framed stage large enough for concerts and dramatic entertainments, with fine acoustic properties and some truly wonderful lighting effects installed by Andersen, Meyer & Co."

There were also numerous salons in various English styles – the Adam-style drawing room, the Stewart-style dining room, the Jacobean oak-paneled billiard room, the William and Mary-style library – all fitted with "artistic fireplaces" – as well as numerous private bedrooms, all in suites of three. The flatware and porcelain throughout the house was of the finest Royal Danish porcelain, even the ashtrays; on the grounds, there was "a range of well-appointed stables" and a conservatory, and in the basement there was a gymnasium. 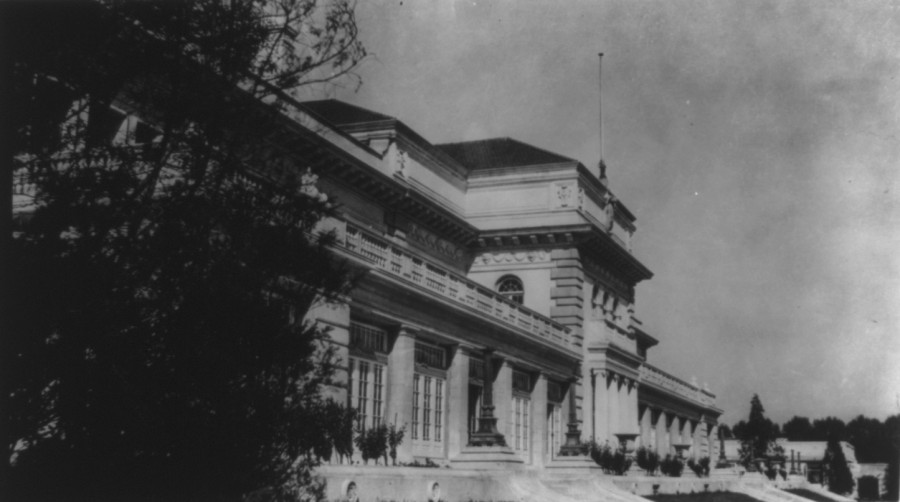 The facade of the Marble Hall. Image: Library of Congress 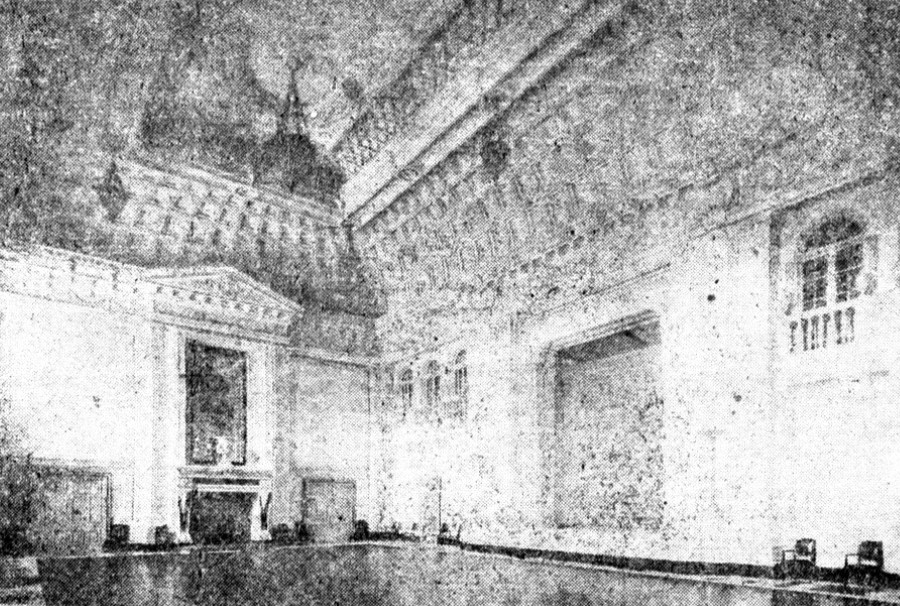 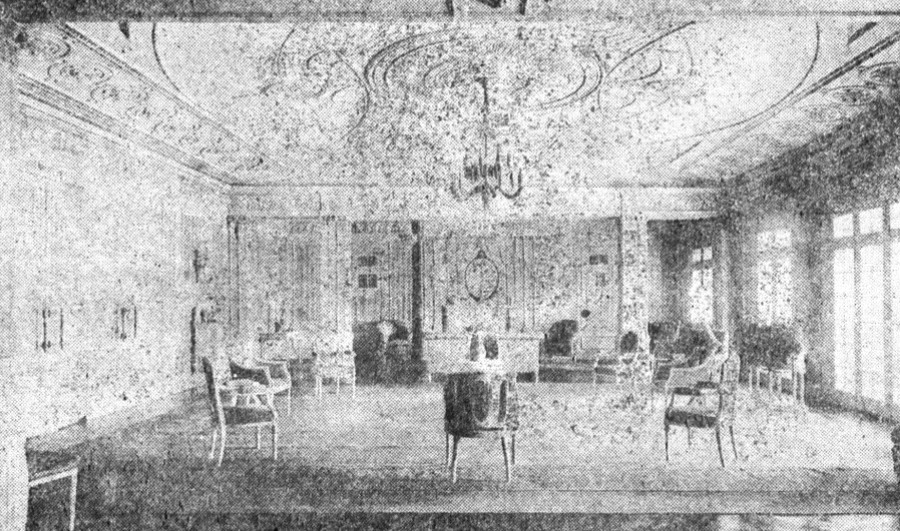 The grand ballroom (above) and the Adam drawing room, in 1924. Images: Rembrandt Photo Studio

Conference of the Chinese Medical Assoociation in 1932; Elly Kadoorie is standing in the front row, 4th from the right. Image: Shanghai Sunday Times

The palatial mansion not only entered the shortlist of Shanghai's top residences, alongside the late Edward Ezra's Adeodata Hall, H. E. Morris's estate and the residences of Moller and Parker, but was also regarded "the most beautiful of all." Obviously, the Marble Hall was "admirably suited" for public events and gatherings, thanks to its "large and handsome salons, a wonderful verandah 225 feet long, a ballroom only a few square feet less than the Carlton Café, a kitchen capable of attending to the wants of a very large gathering, and outside – the ground for six tennis courts and other lawn games, besides a great flagged court." The core staff of 43 servants could easily be expanded for grand events, when over a thousand guests filled the ballroom. This was the first residential building in Shanghai to be fitted with built-in air-conditioning, previously only used at the factories. Elly Kadoorie made his house available for large-scale public events and society gatherings, placing himself in the center of action.

During the Japanese occupation, the Kadoories were evicted and interned in a camp as allied nationals. In a complete reversal of the fortunes, the son Lawrence worked on a team picking insect larvae out of the cracked wheat. The aged patriarch Elly Kadoorie died in the camp in 1944. When his sons returned home in 1945, the first thing they did was turn on all the electric lights, like in the good old days.

Soon the Marble Hall was the site of city-scale events again. In 1946, the Children's Welfare Institute (中国福利会), headed by Sun Yat-sen's widow Song Qingling, began to hold its annual conferences here, and in 1953, after the Communists' victory, the palace was handed over to this organization (the Kadoories had by then removed their business from mainland China to Hong Kong). To this day, the Marble Hall functions as the "Children's Palace." 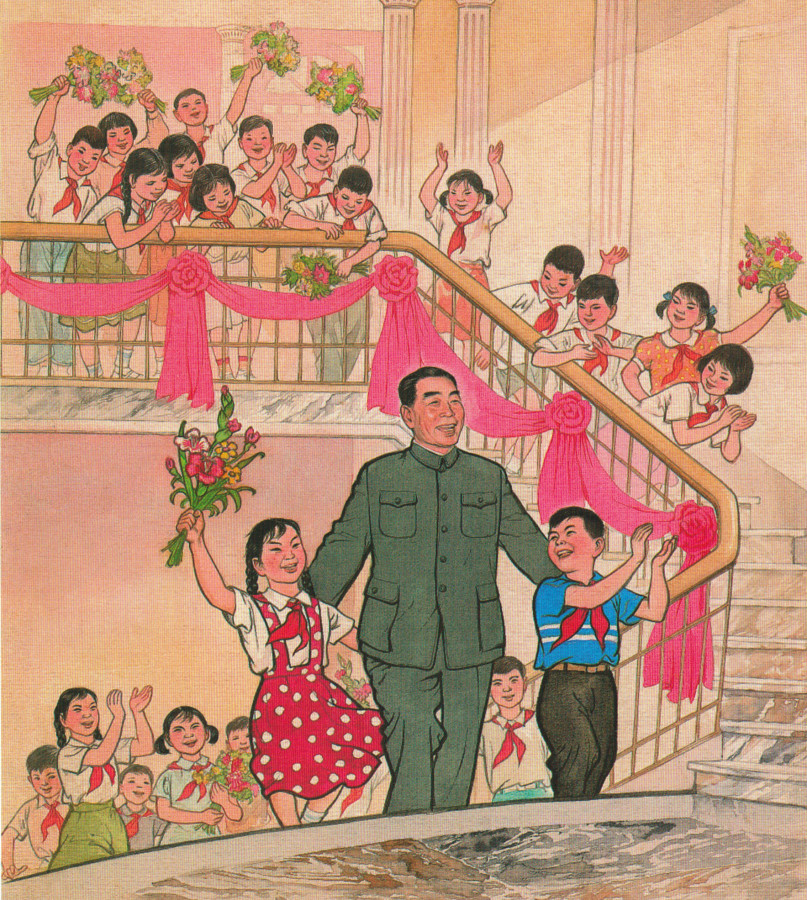 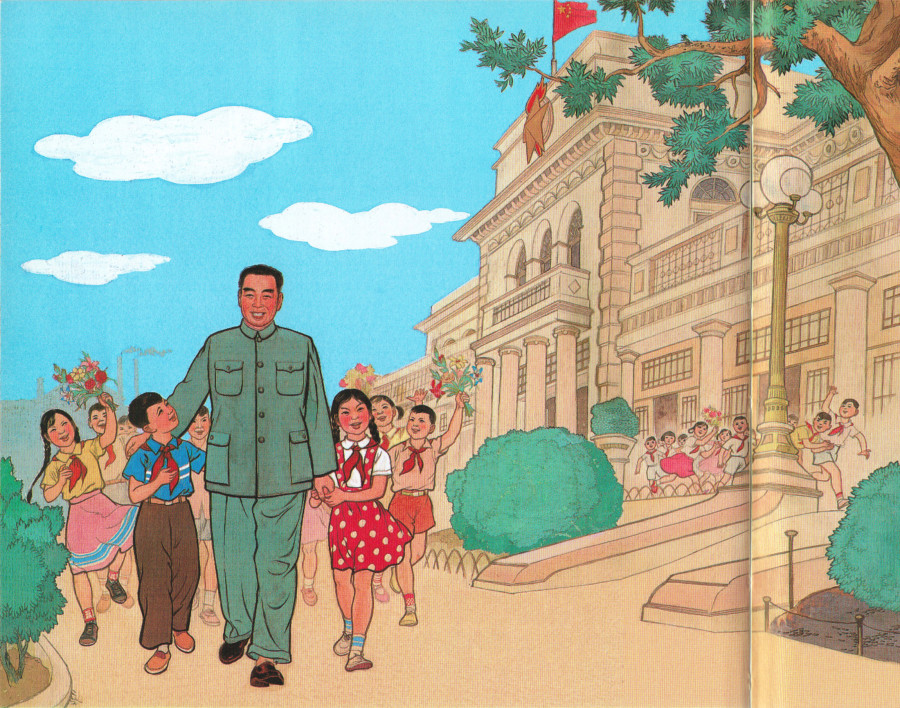 For more images, see the original article (in Russian) at https://magazeta.com/arc-kadoorie/