Continuing on the topic of buildings that have long disappeared, here is another forgotten pearl – the 'old' Wheel casino and its successor the Ritz Café.

This image of the Commercial Press under construction, at 26 Paoshan Road, may be showing the casino building in the background: 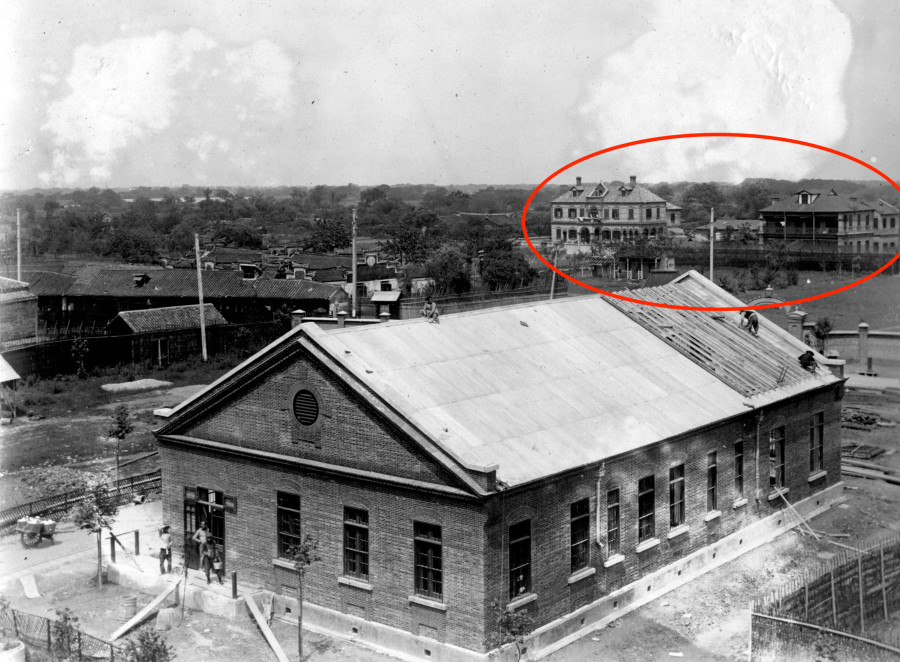 The Wheel was notorious before the Trenches. In fact, it was the Wheel's infamy that put the dens of inequity on the nearby Jukong Road (虬江路) into the cross-hairs of public criticism. The Wheel building stood on North Henan Road 北河南路, outside the northern boundary of the International Settlement; the complete address was 24 North Honan Road Extension, aka Paoshan Road. The corresponding location on today's map is 499 Baoshan Road near Baotong Road 宝山路499弄近宝通路 (street view).

The Wheel's predecessor, called Mount Pleasant, opened around 1909. Its only competitor was the Alhambra casino, later converted to Del Monte cabaret. When in 1912 British consular officials and police detectives paid a surprise visit to Mount Pleasant, they climbed the fence of the villa, scared off the Sikh watchmen and inspected the place: "The house is built on an extensive scale and the many rooms are elaborately furnished. The walls of the largest room were hung with mirrors along their entire length, and the centre was occupied by a long table, with sofas and chairs plentifully scattered about, the whole appearance of the room giving an impression of having been furnished without regard to expence." The roulette wheels and gambling paraphernalia were found in a house nearby, and the Mount Pleasant was forced to close.

When the hype went down, the Wheel casino opened in the same building. It was as popular as ever and raked in a million taels a year. In 1917, a series of articles in the North-China Daily News painted the Wheel as the "gambling hell on North Honan Road" and exposed the hypocrisy surrounding it. On the one hand, activists of all nationalities demonstrated unanimous disdain for gambling and pressured to remove this unsavory establishment from the periphery of the "Model Settlement," but on the other hand, many reputable western wives and daughters liked to follow up their afternoon tea with a rickhsha ride to the casino and a spin of the roulette wheel. Those who did not want their private rickshaw to be seen in the vicinity of the casino called ahead, and one of the Wheel's cars drove them through the city with the blinds pulled down. "Nearing the Wheel the chauffeur signals the car's approach by sounding the horn a prearraned number of times and almost immediately the house, which is in darkness, shows lights over the door on which is a plate bearing the legend Juan Chaves." 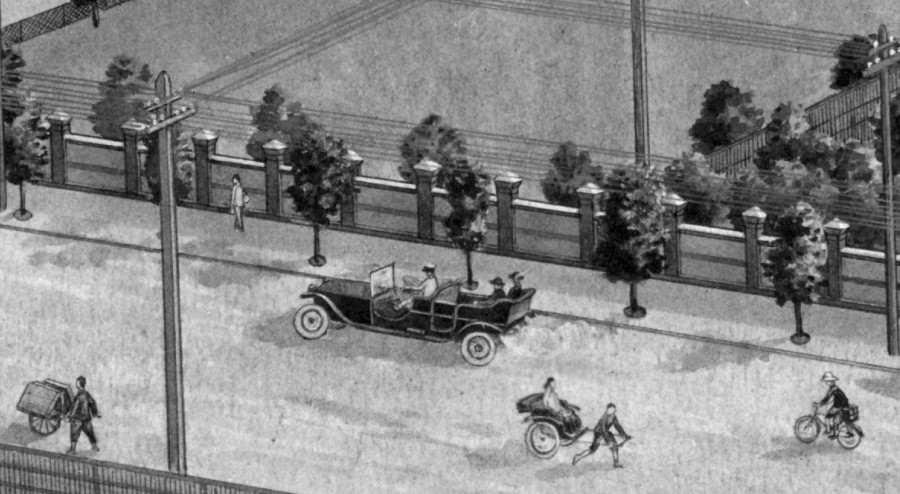 Traffic on Paoshan Road near the gate of the Wheel. Image: Stanford University

Once inside, the visitors were subject to the "close and silent" scrutiny of a janitor, and then left their hats and coats on a crowded rack and proceeded to the mirrored hall, where roulette wheels spun 24 hours a day. The window shutters were closed, but the electric lights were bright and large suction fans provided ventilation. A visitor in 1917 saw "mostly Portuguese and young Eurasians" among the gamblers. He thought they all looked like clerks who could barely afford these bets, because each turn of the roulette had about 200 taels' worth of chips on the table. Another visitor saw "no Eurasians, but three or four Portuguese, several Jews, quite a number of Englishmen, a perspiring German butcher who appeared to have unlimited means, a Danish or Norwegian seafaring man with a sandy beard, and many women." The dealers were Chinese and the managers were European.

The casino brandished the transparency of its operation: the lower portions of the roulette wheels were encased in glass, and anyone with valid suspicions about their workings ostensibly could refuse to pay his losses. Otherwise, the losing client could sit down with the manager at his roll-top desk, sign a promissory note, obtain a loan and return to the table. Waiters constantly shuffled about, offering sandwiches, cigars and drinks, so that all needs would be met without ever leaving the place.

Two consecutive police raids and the seizure of the equipment led to the closure of the Wheel in November 1918. But its owner, the Mexican Carlos García, Shanghai's undisputed "King of Gamblers," took it lightly. Soon enough he opened the 'new' Wheel in the heart of the Settlement, of which I'll write later. But back in 1920, the Spanish Consul helped him bail out the old Wheel building, sealed by the Chinese authorities. The Spanish architect Abelardo Lafuente, an old-time friend of García, turned the underground gambling hall into a luxury entertainment emporium, the Ritz Café. Shanghai's partygoers eagerly anticipated its opening in January 1921, but it was delayed by the tardy arrival of the ship bringing the 20-strong jazz orchestra from the Philippines.

At last, in June, the Ritz opened with much fanfare. The ballroom, with an inlaid and polished floor measuring 50 ft by 50 ft, was inspired by the casinos of Monte Carlo and the Jockey Club of Buenos Aires. Its plaster ceiling, masterfully painted by the Spanish artist P. Ribeira, was considered an attraction in itself. It was rumored, that "a high consular official, now departed, left a clever amateur hand to the floral work." A wide balcony overlooking the ballroom had tables set on it; there were several handsomely decorated and spacious banquet rooms, panelled in oak, with blue and old rose hangings, but no small private dining rooms.

To put the Chinese authorities' minds at rest, García invited an official to stay permanently on the premises, "to see that Shanghai society does not do anything that is not proper." But evidently, he did not wrap enough bribing money into his proposal, because the Chinese authorities refused to license it and the Ritz had to close soon after the opening night. The hapless establishment remained locked for two and a half years. It reopened only in February 1924 for the Washington Ball, the largest event for the American community of Shanghai. The only known photograph of the Ritz was taken right before the ball; it shows the ballroom and the stage decorated with the American flag: 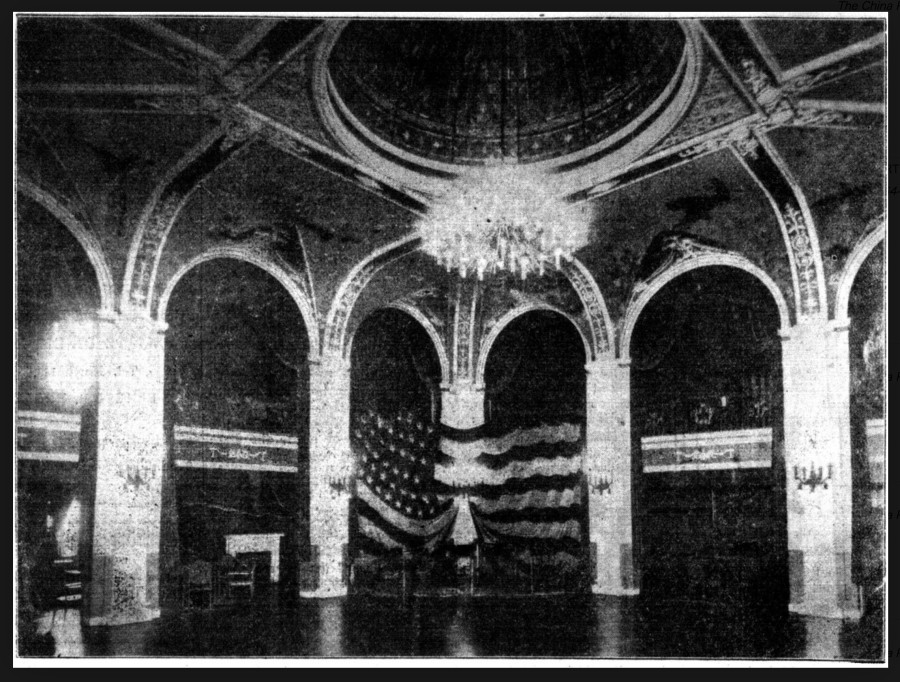 The architect Lafuente incorporated this interior design in his project for the Astor House grill room, finished in 1923 (see below).

Years later, a journalist nostalgically recalled: "Time was when the Ritz was the gathering place of the elite of Shanghai. A massive place, about the size of the present Paramount Ballroom, it was decorated in marble and was considered the swankiest spot east of Suez. García spent a fortune building the place and took a bigger fortune out of it, and in the process of gathering its riches, he gave away another fortune in champagne and good food. People who entered the Ritz were not bothered with champagne and dinner bills."

Just like in the old Wheel, gambling was central to Ritz Café's operation, and "thousands of dollars passed over the tables every evening." Immaculately dressed attendants were always ready with the champagne glass, because "García reasoned correctly, that a man or a woman on the outside of a quart of champagne would not be so likely to prosper at the roulette wheel as a completely sober individual." Any loser was entitled to a free taxi ride home: there were always free taxis waiting outside the gate. Overall, "a night at the Ritz was not much different than an evening in the casinos of Monte Carlo."

Carlos García was, evidently, tipped off to the immanent armed conflict in Chapei staged by the Nationalists in 1927, because he closed the Ritz just before the urban warfare unfolded in the neighborhood and made it unsafe for his patrons; he directed his attention to his downtown venues protected by the extraterritoriality. In January 1932, the Japanese attack on Chapei damaged the Ritz building. The land and the ruins were auctioned off in 1936, and by the end of the year the remains of the building were removed. 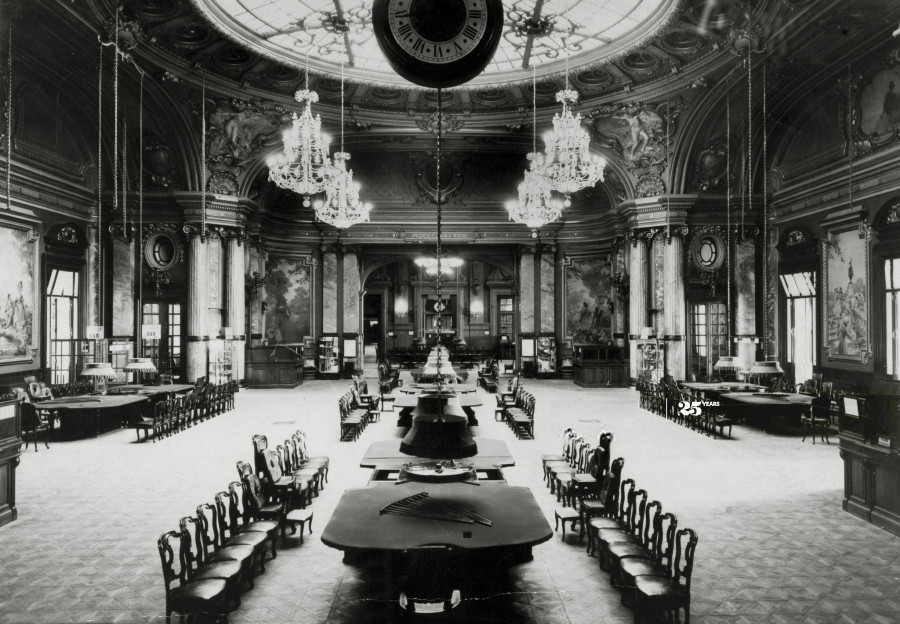 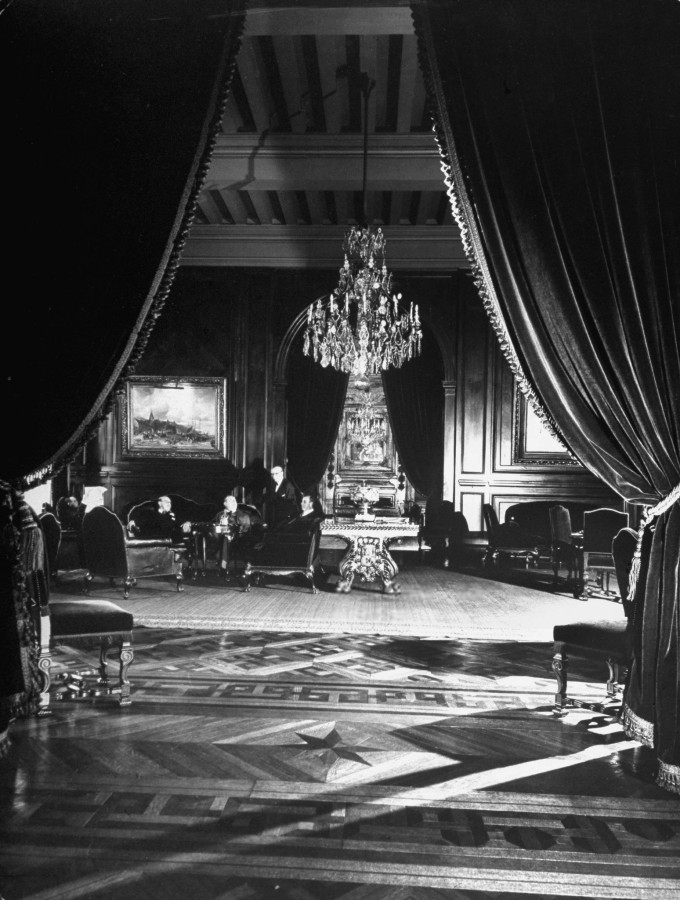 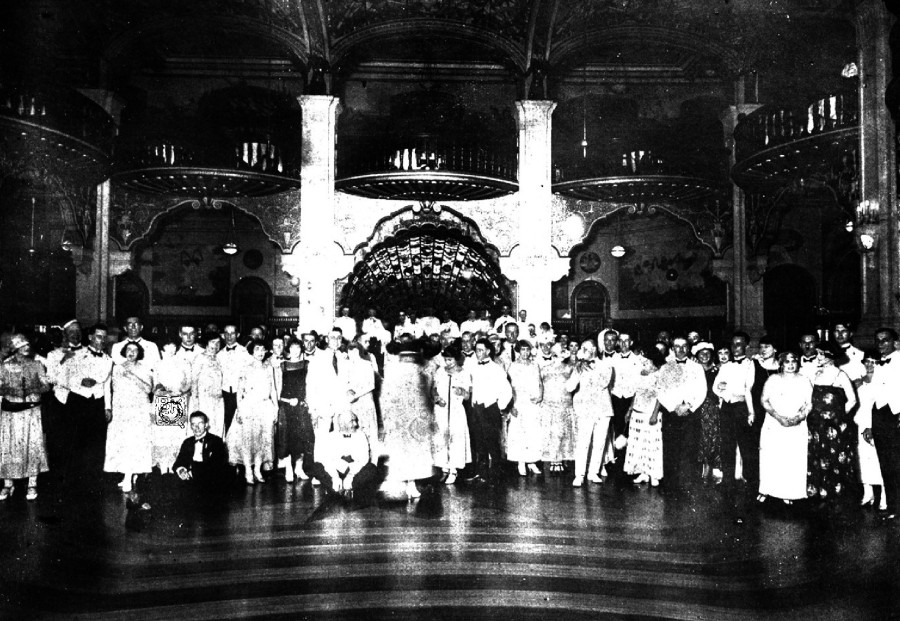 Villas on Paoshan Road. Is this your laundry, Mr. Chaves? 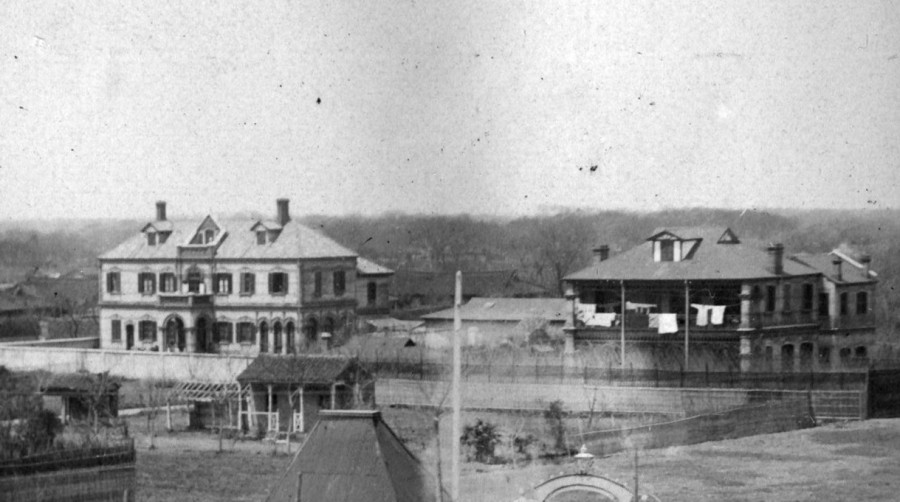 Posts from This Journal “nightclub” Tag