The first entry is here. 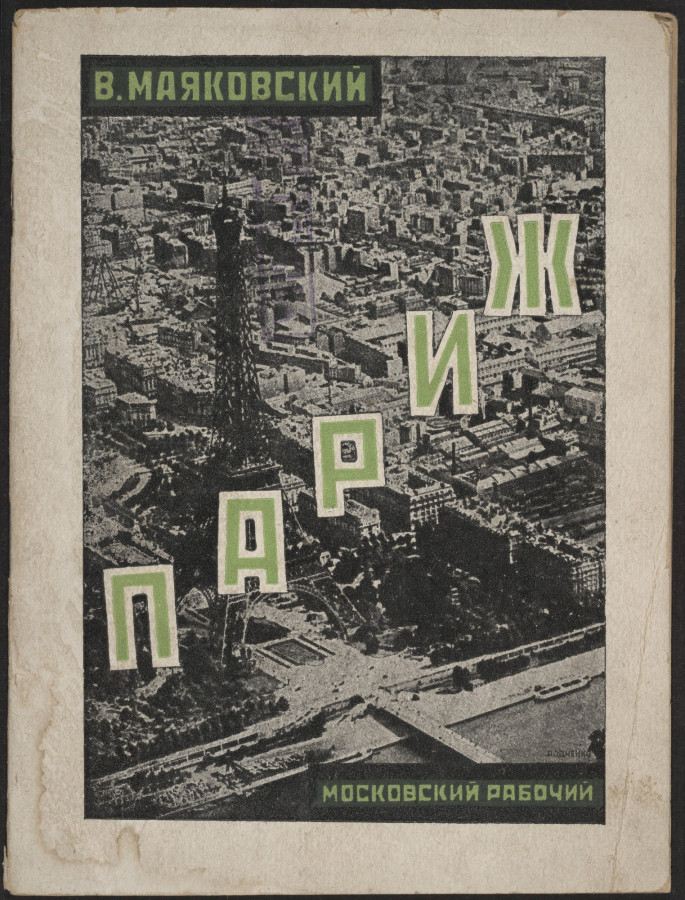 Things are cheap here because the materials are poor. They like to buy cheaply, wear it while it's trendy, and then buy whatever new style becomes fashionable. If you want quality you have to buy German and American products, because their principle is different.

There's a cult of women as a commodity. A cult of women similar to that of smelly rotten cheese and oysters: these days, ugly women are in vogue – drab women with long and skinny thighs, breastless and toothless, with unsightly long arms, blotchy, Picasso-style, African-style, hospital-style, vagabond-style...

The French women use very little makeup – some don't wear any – and dress modestly; it is the Russians who overdo "the French look".

I had to buy a hat and start wearing the goddamned thing, because you cannot wear a cap here – not a single Frenchman wears those, so they look at me with disdain, as if I am a German.

I became very western: I shave every day and shower all the time.

I wait for summer heat with trepidation. What do they wear in summer? Not the button-down collars again? I have 12 collars now and two ties. You cannot live without it here. Still, I feel I look different, and here it is important to be like everybody else.

I started to proletarianize my costume and bought two sweaters – like the workers wear here – one blue and one brown. Now I even want to buy corduroy pants and a blue shirt.

On East and West

I expected to see Russian generals and officers in full regalia pacing in the streets, but the officers are now taxi drivers, and who knows where the generals are.

From here you see how healthy and simple the East is. The West copies the East in everything, stealing its dance, costume, colors, posture, lifestyle – but they do it so wickedly that what comes out is very far from the Orient.

I look at these flimsy, strange, fake houses as if from a bad movie. These flocks of cars on smooth roads, these tight dresses on women, these hats and these ubiquitous bidets. How I'd love to fly to Moscow on an airplane! How can these idiots not understand that East is better than West? How can they resist the urge to run from this noisy, papier-mache Paris? Why did I have to see the West at all? I loved it so much more before. If you remove its technology, all that remains is a stinky pile... I so dislike and distrust everything here that I can't even hate it.

Overall, Paris seen from Moscow is one thing, and Paris in Paris is something completely different.

Paris is like an old painter with gold teeth and a peg leg. I wasn't a lover of Paris – but I respected it. But the death of Europe? No, it won't die.

The art in the East must be nationalized and rationed. This way things will become meaningful friends of the humans, and the human will learn to laugh and talk with things. Things should not be the disgruntled old slaves, like they are here, toiling away and dreaming of revenge. Mayakovsky was right: books will explode and their pages will fly in every direction, smashing the rotten brains of their writers. The buildings will explode because of all this incessant f*kin and rinsing genitals in the bidets; the king-size beds will stand upright, throwing off limp, syphilitic bodies... Forgive me, I got too far into philosophy.

There are millions of things here; they make my head spin; I want to buy trainloads of them and bring them home. They produce so many things, that everyone looks poor from the inability to buy them all. If you live here you'll have to either be against it all, or start stealing. I now understand the capitalist who cannot get enough: things are the opium of life.

The exhibition [International Exhibition of Modern Decorative and Industrial Arts; Exposition Internationale des Arts Décoratifs et Industriels Modernes, 1925] will probably be awful. They've built so many hideous pavilions, ugly even from afar. But our pavilion is simply genius. Overall, Paris is very provincial in terms of architecture. Only the bridges, elevators and escalators are good.

There is a new fad in Paris: they are putting geometric prints on the textiles, so it's not all that stuff that they copy in Moscow. The rooms too have geometric patterned wallpaper – so tell them at your factory, or they will forever be behind.

I visited the Salon des Indépendants – all trifle and no talent. The French have, indeed, lost their mojo. Thousands of canvases, all provincial bullshit. Except for Picasso, Braque and Léger, it's empty, huff and puff and no subject.

Our painters are not respected abroad, except for those who had been living in the west for a long time and already adapted to their tastes. The West will just rip off all the good ideas and rejuvenate itself. I've regretted a million times that I lent my objects to this exhibition. We're simply cornered.

After talking with Léger, I got proud of myself. I am an artist. What he's doing I already stopped doing. If I'd lived in Paris I'd have a bigger fame than his. But I wouldn't want to live here. We, the Muscovites, are no worse. Léger is working and working, but his life is worse than mine; doesn't have many works to show; everything is sold.

Now I understand that we don't have to imitate anyone; we should just do everything our way. 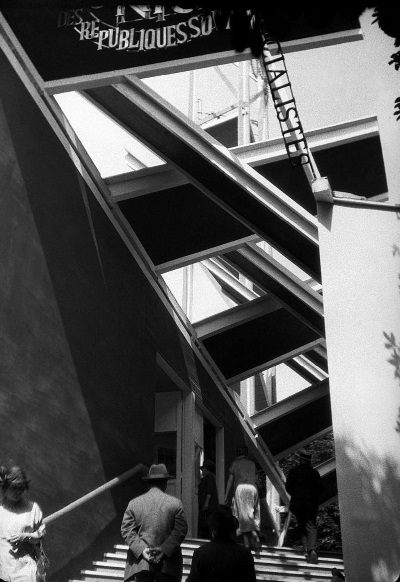 A. Rodchenko, Letters From Paris (in Russian), 1927.
Collapse