In 2008, I was riding my bike in Yangpu and stopped to take a photo of this facade. Could not figure out the full inscription at the time. The address is 273 Haizhou Road 海州路273号. 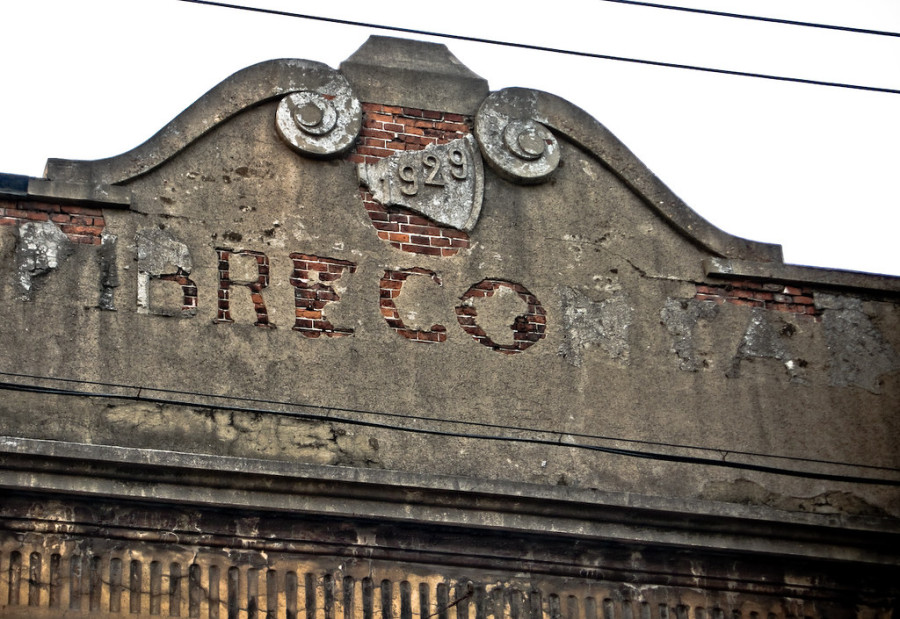 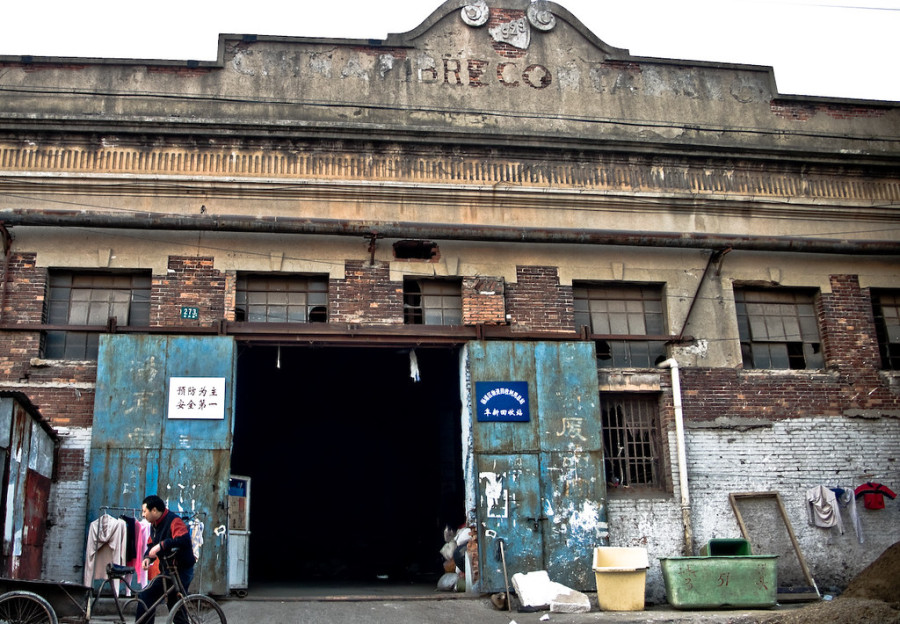 And now, Historic Shanghai's report on their Yangpu tour shows this updated view: 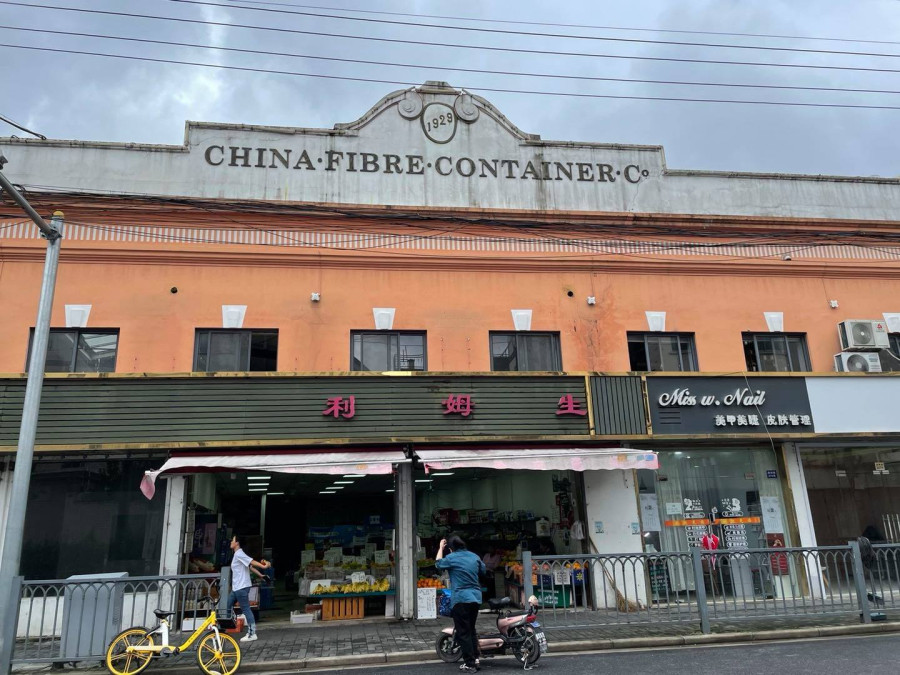 The China Fibre Container Company 中国版纸制品公司, headed by the president A. E. Mandel, had its paper mill at 273 Haichow Road since 1929. Mandel had opened a number of paper mills in the Far East; his first Shanghai enterprise, located at Birt’s Wharf, 29 Yangtszepoo Road, opened in 1922. The Haichow Road paper mill was essentially rebuilt in 1936; the upgraded facility opened in January 1937. It was immediately called one of the finest, if not the finest, paper mills in the Far East. "Housed in a solid concrete, two-storey building, it is equipped with the latest type of machinery." The architects were Messrs Graham & Painter, Ltd. Unfortunately, the recent renovation, having disposed of the elegant brick-and-concrete designs on the facade, does not do justice to the building.

The factory used a million gallons of water every day, supplied from a well 500 feet deep, constructed on the premises; it was considered one of the deepest in Shanghai. The mill produced fiber shipping cases, corrugated boxes, toilet paper, waterproof packing materials and hospital bandages. The mill produced an average of twenty long tons of "the finest grade Duplex board" a day, with its staff of 120 men working in two shifts, day and night.

Later that year, while the owner A. E. Mandel was in Manila, the Japanese attacked Shanghai and decimated much of the Yangtzsepoo area. Norwood F. Allman, "The Shanghai Lawyer", whom Mandel delegated the management of his factory, checked on the facility on Haichow Road after the attacks: "Although all business was at a standstill, I found it necessary to take some time off from soldiering and go down into Yangtzepoo (the industrial and warehouse section where much of the fighting had taken place) to investigate fire and bomb damage. Principally I wanted a look at the China Fibre Container Company, a business I had been managing during the owner's absence."

Allman was accompanied by the building’s architect Bill Painter, "an architect-engineer and a lieutenant in the American Troop, who was famous for his hearty laugh and fearless disposition". While much of the neighborhood was in ruins – particularly impressive was the loss of the once-famous Nanyang Bros Cigarette Factory – the China Fibre Container Co. property was largely untouched. Under Allman’s management, it continued production of paper products from pulp, stashed in its warehouses. Unable to return to Shanghai, Mandel soon died of a heart attack. In 1941 Allman finally found "two Europeans" to buy the paper mill of behalf of Mandel’s heirs in the US. 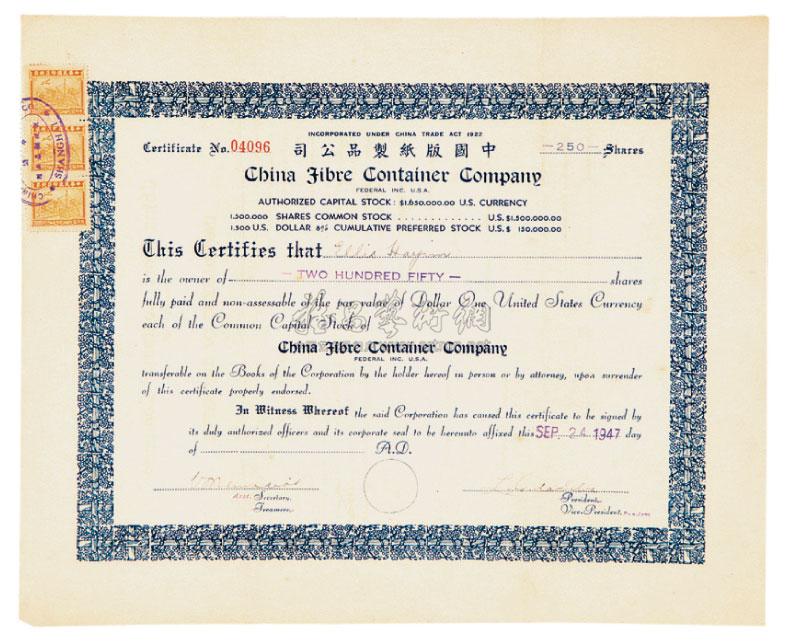