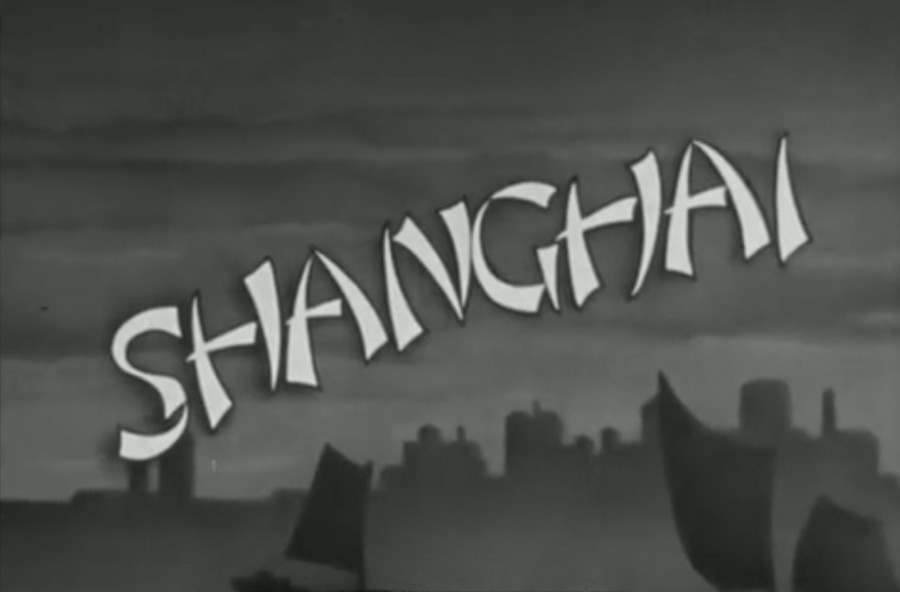 A total of nine minutes of well-staged shots, showing Shanghai's bustling waterfront and city streets. The film is dated by 1947 (probably based on the year of the copyright, MCMXLVII), but some of the footage was taken prior to 1935, like several angles of the Bund showing the Club Concordia, demolished in 1935.

We see lots of offloading in the port and Suzhou Creek, rickshaw and car traffic on North Szechuen Road and other streets, artisans making customized sandals on the go, a scribe writing a letter for a customer, a popular market in a narrow street (looking like the post-1946 black market for American goods), the money exchange at the bank window (the thick wads changing hands suggest the post-war inflation moment). There are also several insertions of laborers pulling boats in the river gorge and country people carrying their belongings and small children in a mountaneous terrain. We see moviegoers besieging the entrance of the Roxy Theatre; Kismet (1944) and Tarsan's Secret Treasure (1941) are playing. Finally, we see a scene at a Chinese traditional theatre, people eating on the go and napping on the sidewalks. 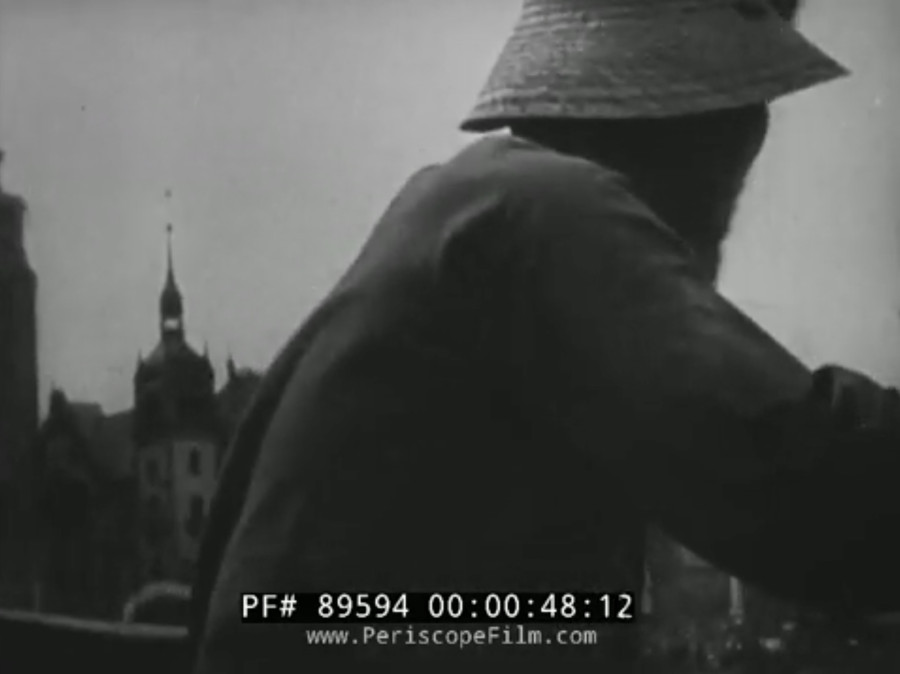