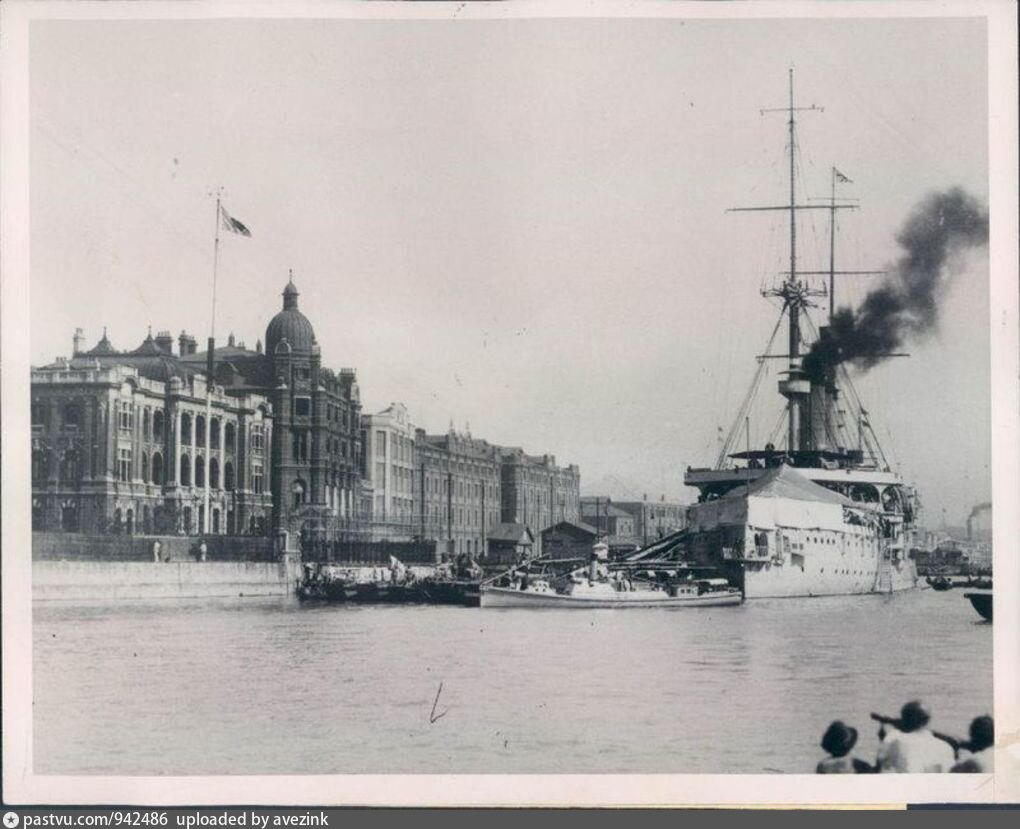 An excerpt from Vladimor Jiganoff's recollections of the Bloody Saturday, 14 August 1937

On August 14, the second day of the Japan-China war, I had lunch with my artist friend Noskov, and afterwards we went to the Bund, to watch Chiang Kaishek’s airplanes bomb the Japanese battleship Izumo anchored on the Huangpu near the Japanese Consulate.

Noskov and I were standing on the embankment, opposite the Palace Hotel. About half a million Chinese refugees were also on the Bund. They had just been driven out of the northern districts and were sitting everywhere, wondering where to go. When five Chinese bomber planes showed up above the river, the Izumo and some torpedo boats started a hurricane of anti-aircraft fire. The Chinese crowd ran in terror from the Bund along the streets, away from the river.

My friend Noskov could not stand this hell any longer and started to drag me away from the Bund. I suggested we run to Nanking Road and stand between the Palace Hotel and the Cathay Hotel. I thought this would be an excellent place to continue watching the Chinese fight the Japanese, with Izumo being no more than 400 paces away from us.

We joined the thousands of panicked Chinese refugees and ran toward Nanking Road. We ran for no more than a few steps when I saw the Chinese bombers directly above us. Some unknown force compelled me to duck and cover, which I did for half a minute, squatting and hiding my head behind the backs of the Chinese. Then I got up and ran toward the Palace Hotel’s entrance, keeping my head down and hiding behind the running people. Suddenly there was an explosion in front of me. The bomb that the Chinese pilot tried to drop on Izumo got carried by the wind and landed opposite the Palace Hotel’s entrance. It killed 170 people. (The second bomb fell on the roof.)

If I hadn’t paused for half a minute on the corner of Nanking Road, I'd have been hit by the bomb. As I found out later, among the people killed there was a Russian musician, A. Estrin. He had been playing in the hotel orchestra and stepped outside to look at the war.

I was too scared to run home along the corpse-strewn Nanking Road. Instead, I ran around the Cathay Hotel, but as I was crossing Nanking Road I paused to help an injured girl whom I carried into one of the shops. This delay saved my life, again. I joined a huge crowd running toward the French Concession along Avenue Edouard VII, Shanghai’s widest street. It turned out, the Chinese pilots were instructed to drop their bombs on the Racecourse, but before they reached it, their bombs hit the wrong spot again. At five in the evening, a bomb fell on the intersection of Nanking Road and Tibet Road, landing in the middle of a crowd of refugees. Almost three thousand people were killed, including those that bled to death and died from injuries. I was still a block away, thanks to the three minute delay with the injured girl. That day I missed my death twice.
Collapse