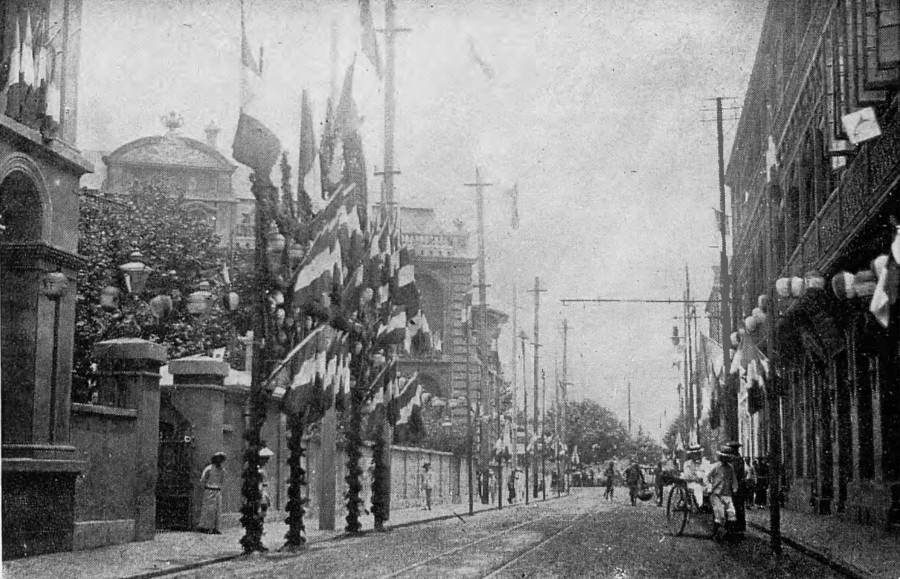 1924: "A happy crowd of spectators watching an acquatic contest in the Verdun Gardens": 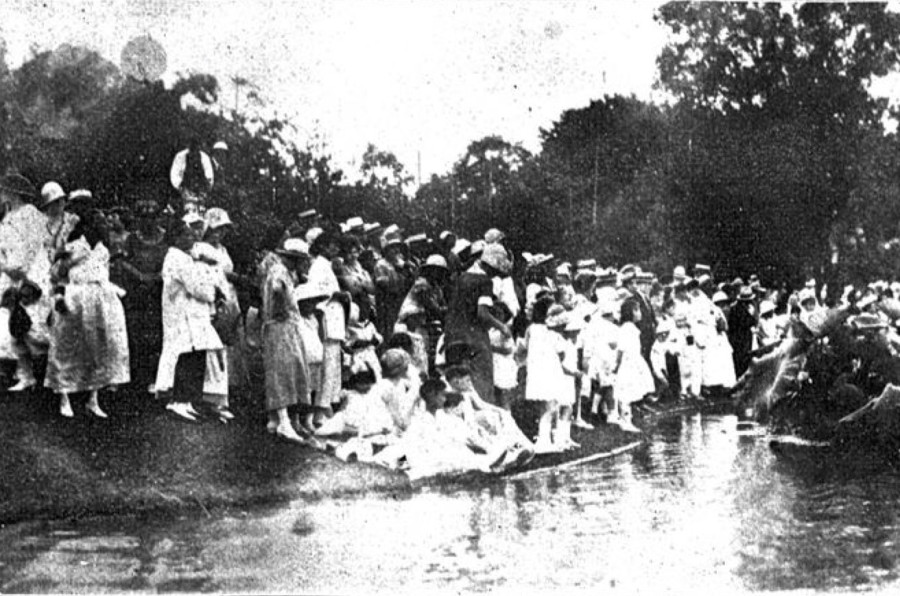 1926: "One way of keeping cool on the blazing Fourteenth of July: French firemen's aquatic sports in Koukaza Gardens":

[See the rest of the pictures...]
1927: Illuminated arch erected at the entrance to Koukaza Park: 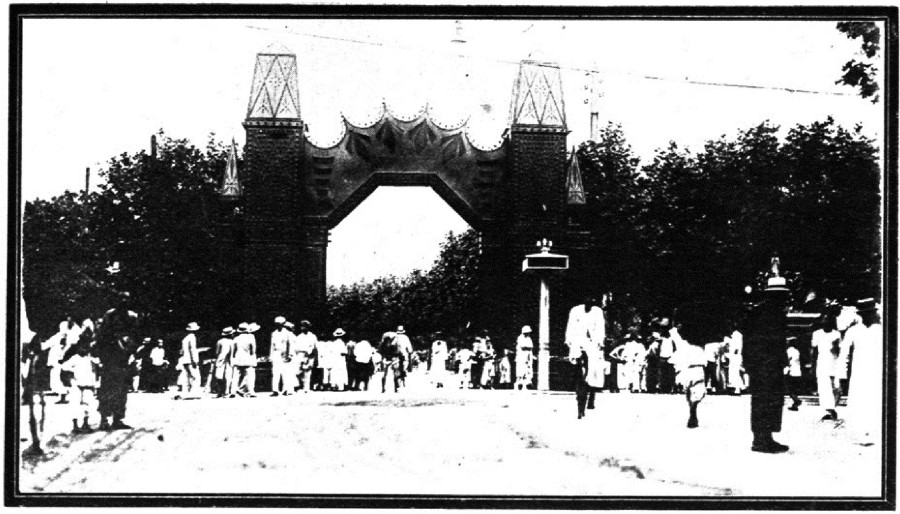 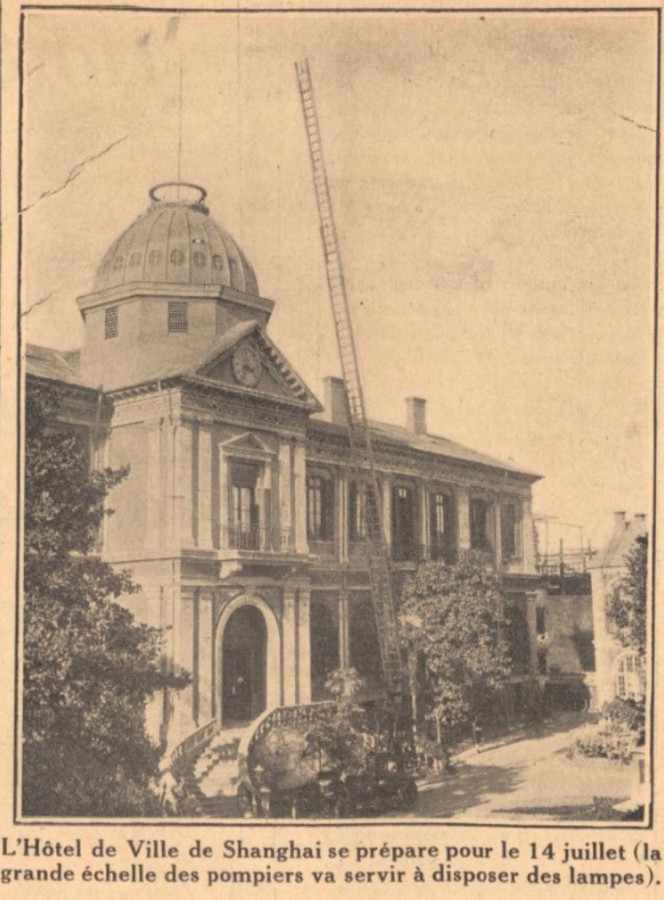 Also 1928: Giant puppets promenading in the streets of Shanghai: 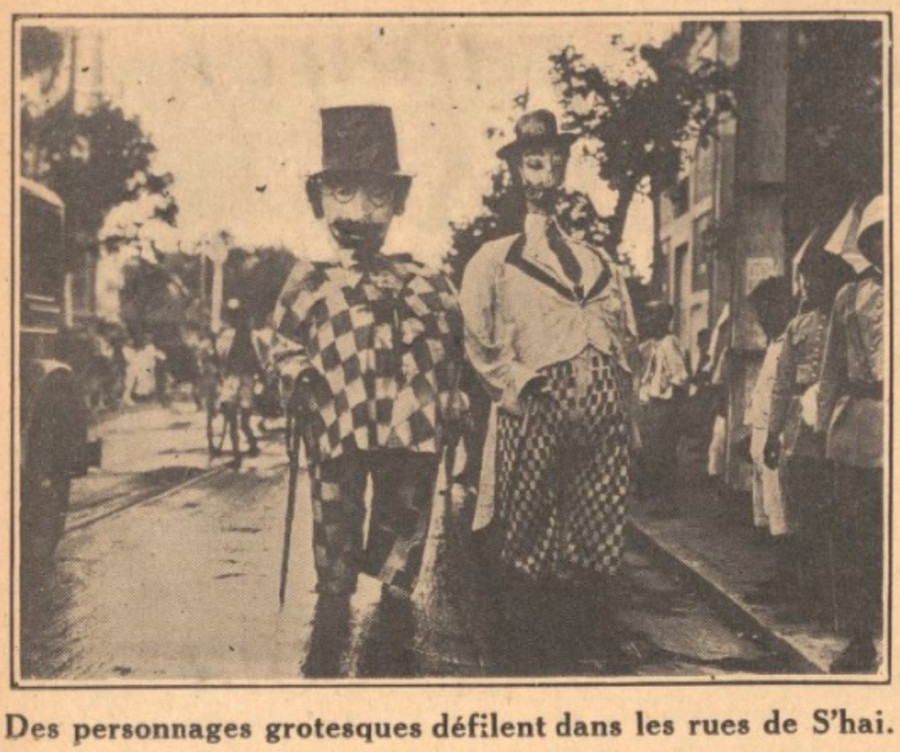 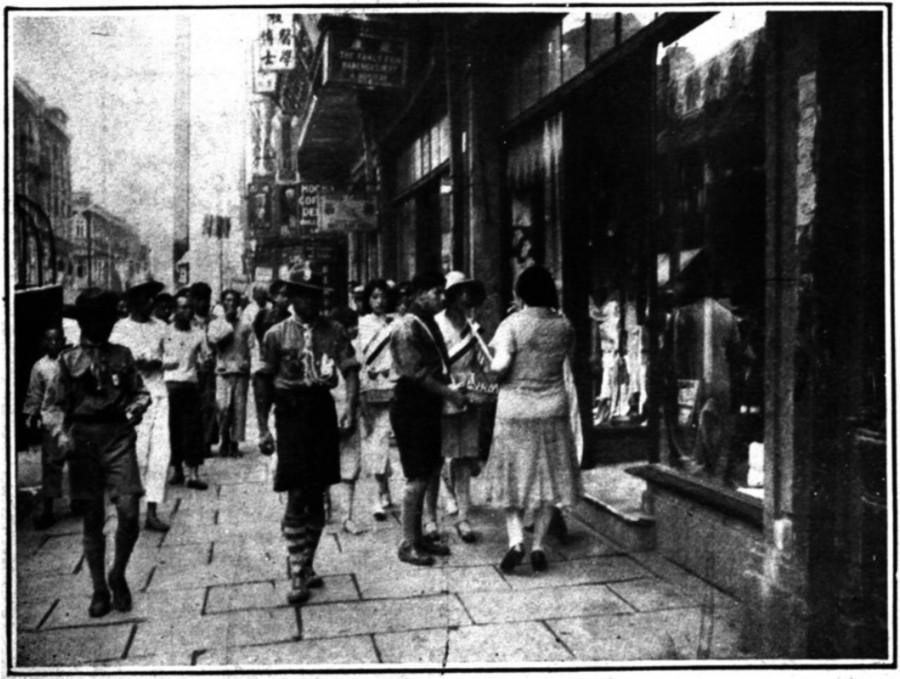 1933: Advertisement for the special program at the Hai-Alai Auditorium: 1934: Illuminated arch at Koukaza (French Park), again, with some changes: 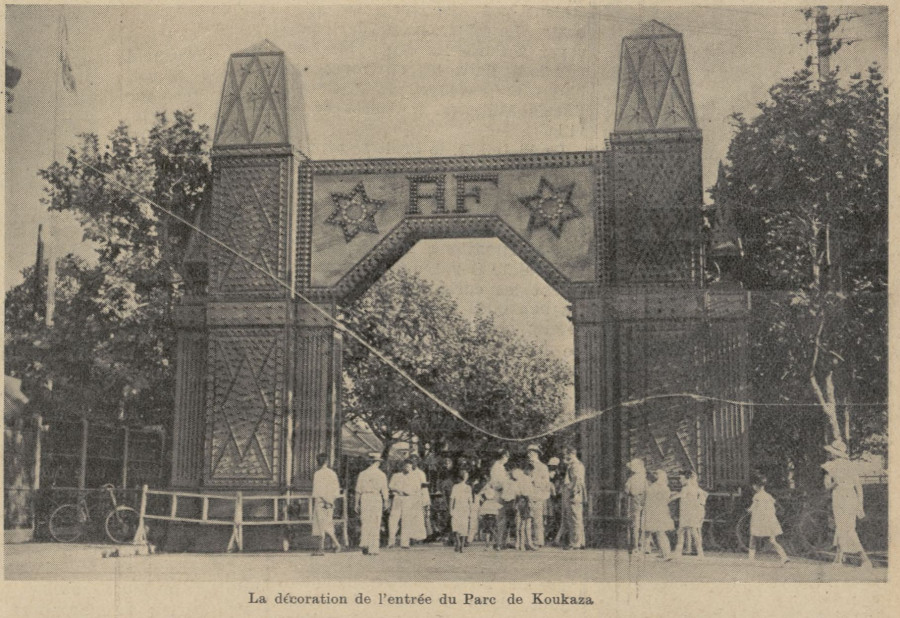 1935: The cover of the special issue of Le journal de Shanghai: 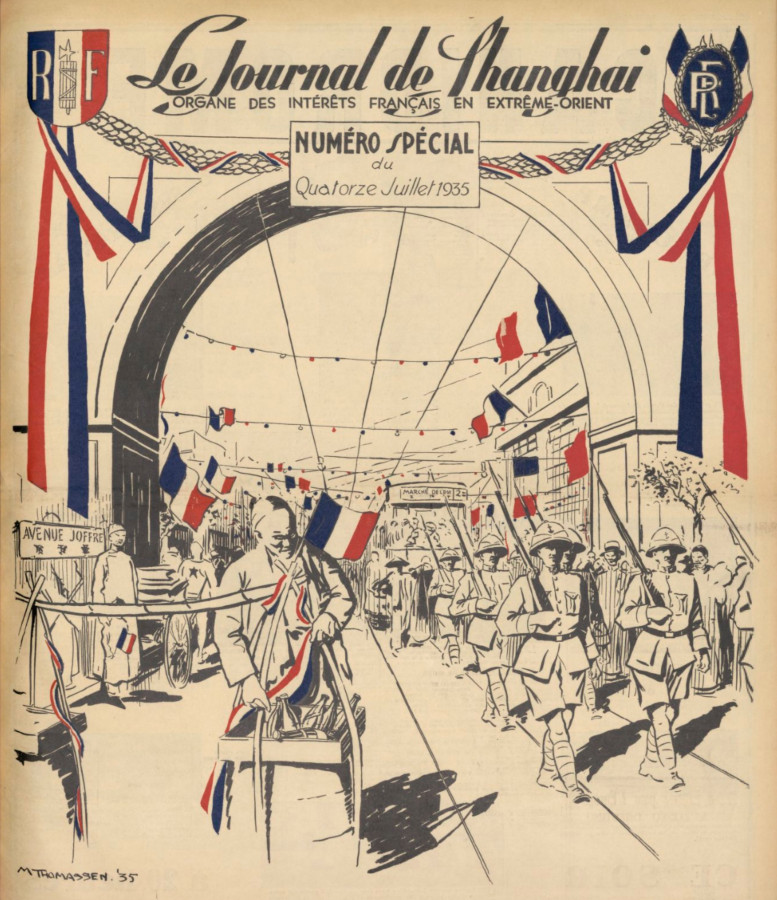 1936: Marcel Confectionery and one of their famous cakes – different each year – created for the Bastille Day: Also 1936: Cover of the special issue of Le journal de Shanghai, showing the War Memorial and the Gutzlaff Tower in the background, at the border of the two foreign settlements: 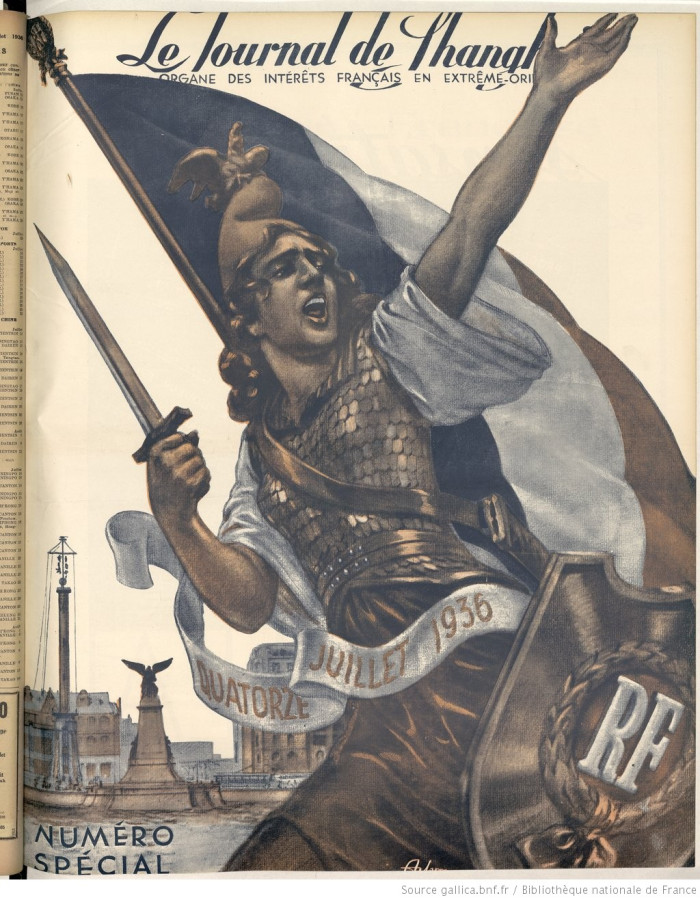 1937: Cover of the special issue of Shanghai Times, announcing the project of the Messageries Maritimes building, to replace the old one, on the Bund: 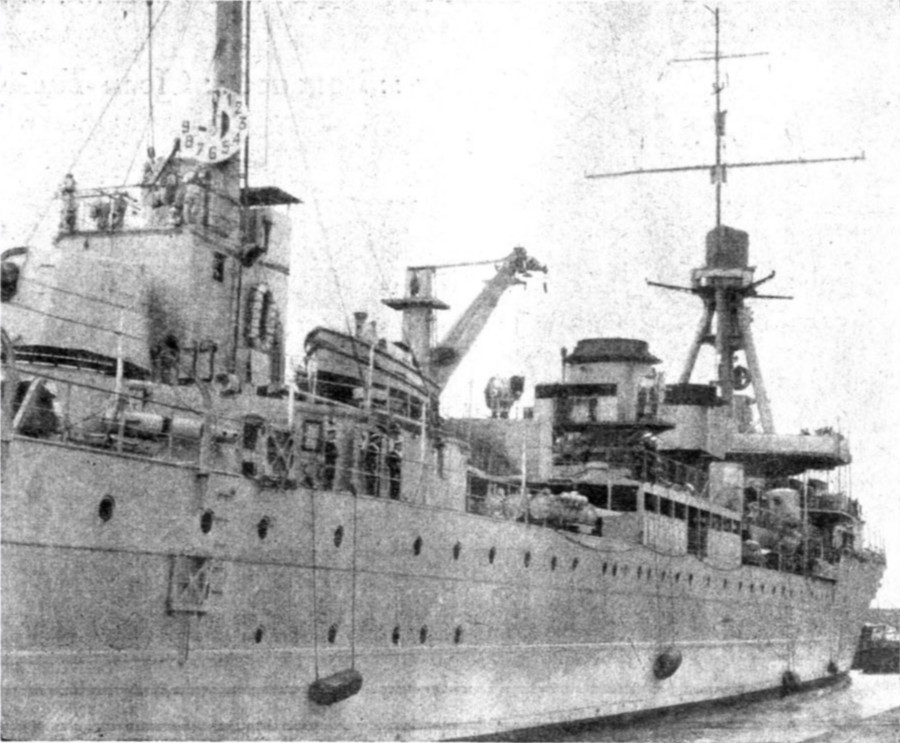 Also 1939: Scenes from the celebrations in Shanghai: 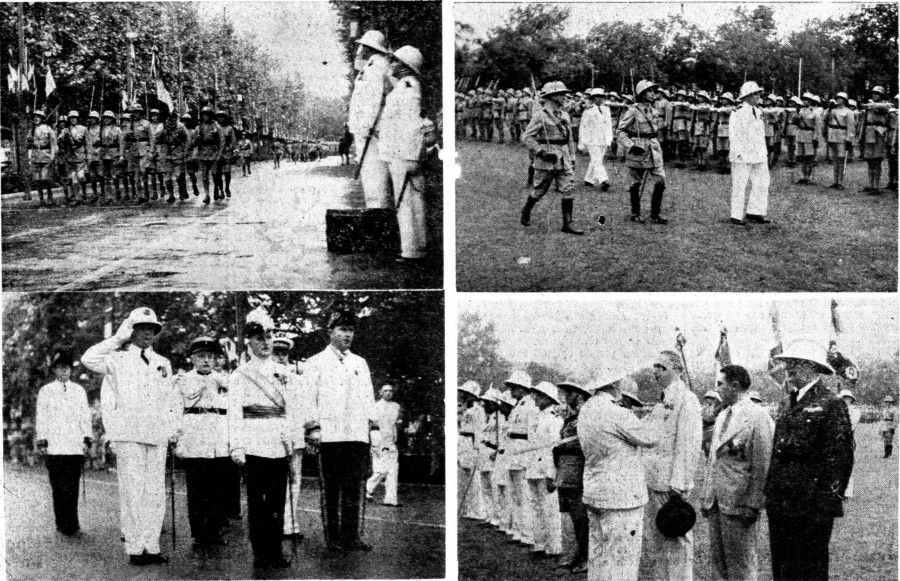 1940: Ambassador Cosme (right) toasting at the finale of the "quiet celebrations" which consisted only of the flag-raising ceremony and a reception at the Consulate: 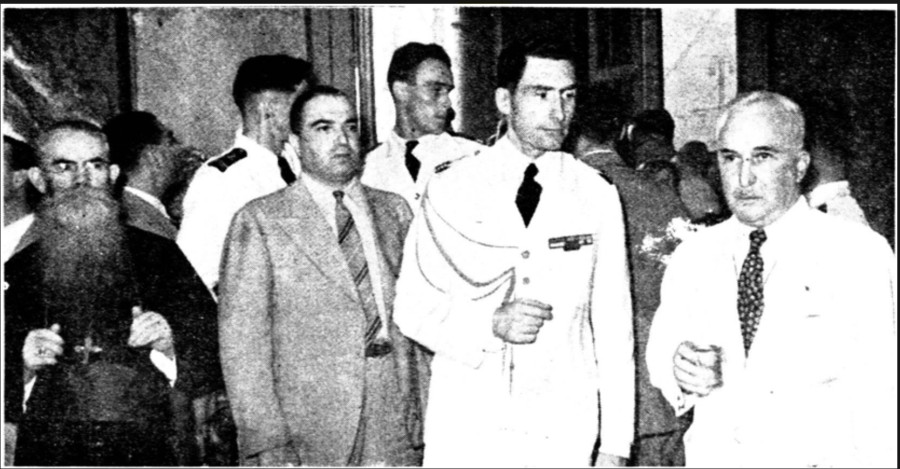 1941: Once again, the celebrations were of subdued nature" – in compliance with the wishes of Marshal Petain – and included the ceremony at the Pahsienjao Cemetery, with the Ambassador Henri Cosme laying the wreath at the Monument des Morts: 1949: The Consul-General and Madame Bouffanais greeting the guests at the official reception: 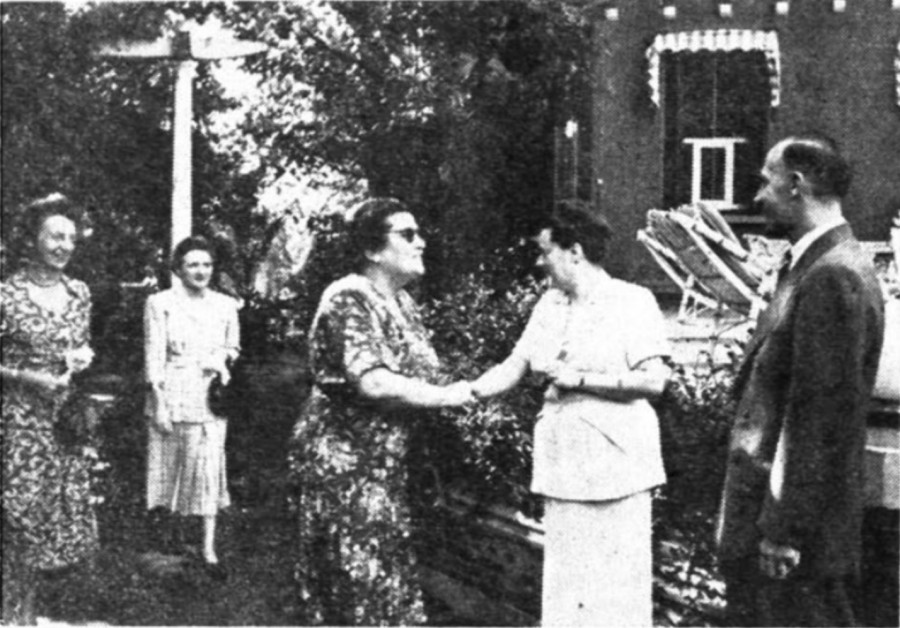 1950: The Consul-General Royere greeting the somewhat diminished community of diplomats and municipal officials: 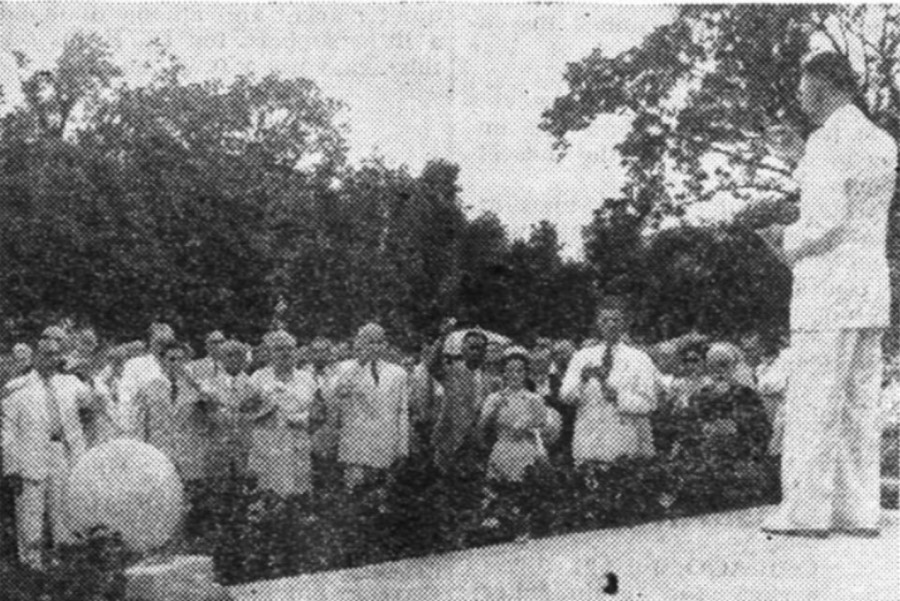