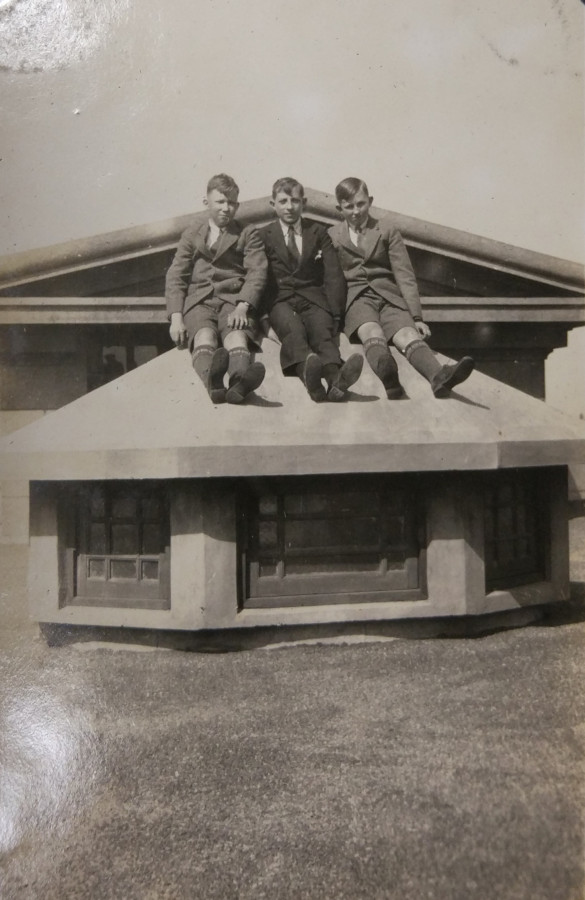 Sergey and Vladimir Dronnikoff, wearing uniforms of the Public and Thomas Hanbury School, with a school friend, on the roof of the General Post Office, late 1920s. What was it like to grow up in the General Post Office apartments, enjoying easy access to the roof? The Dronnikoff family lived here in the 1920s, and it was a privileged childhood for Vladimir (b. 1913) and Sergey (b.1915).

Dining al fresco on the balcony: 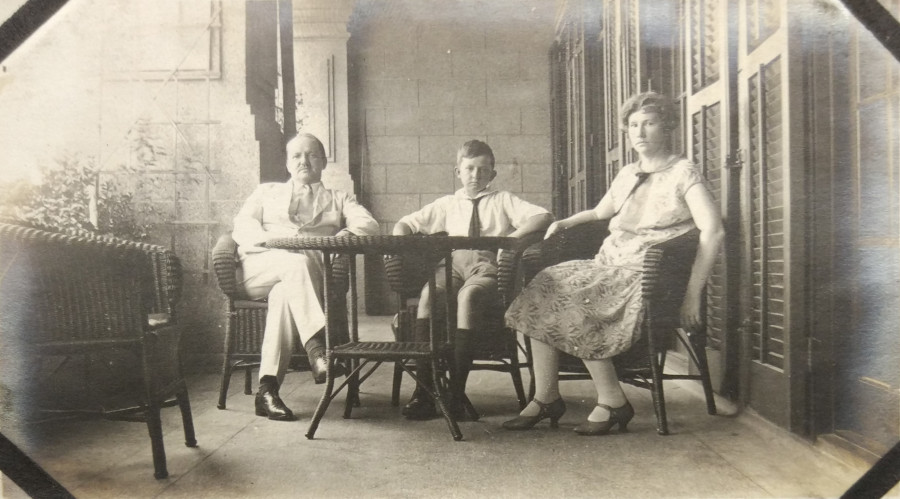 Enjoying family dinners inside the apartment: 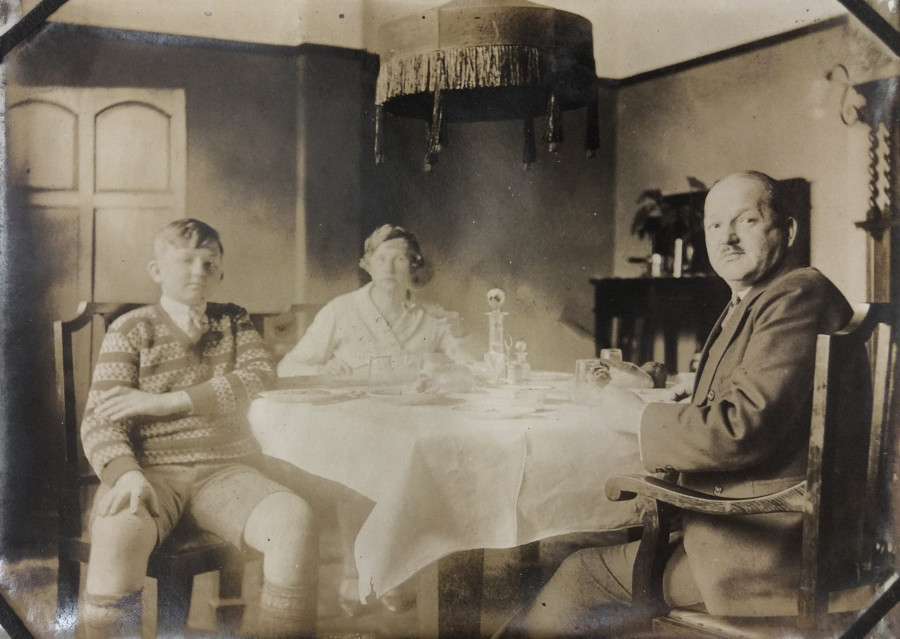 Looking out the window any time of the day and getting a postcard view of Shanghai: 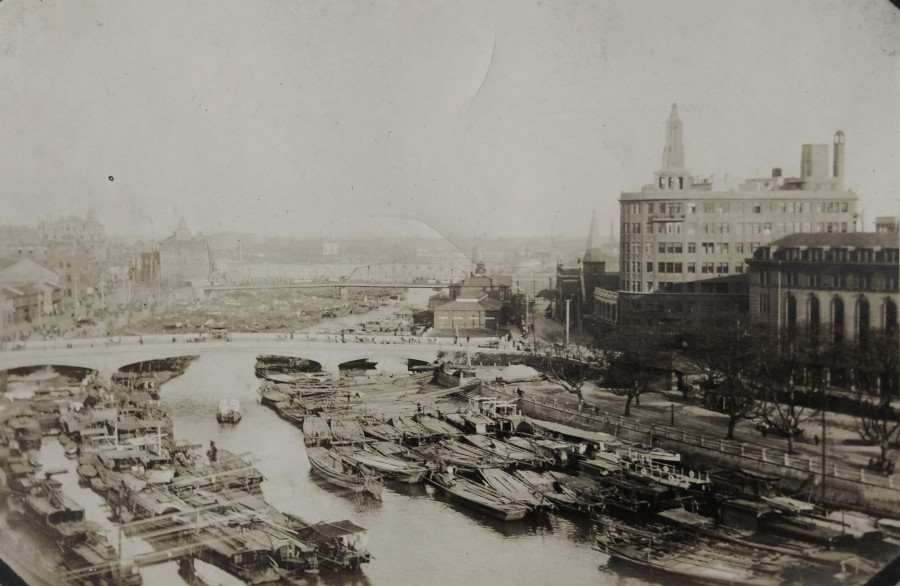 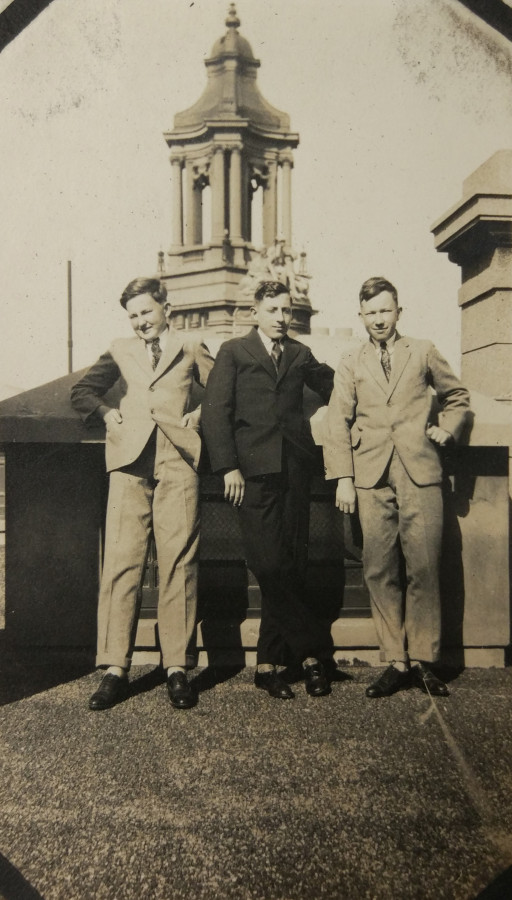 Sergey (left) became an electrical engineer, and Vladimir became an architect, with a successful career in Shanghai, Hong Kong and San Francisco. There is now an expanded biography and many images of his projects on Building Russian Shanghai.