"Moscow – Shanghai is a real émigré film, created by the German filmmakers. It is sympathetic toward Russian nationalists, while everything related to the Bolsheviks and the Russian revolution is portrayed with hatred. There is a large Russian cast, and Don Cossacks choir, conducted by Jaroff, performs much of the background singing. The action starts during the Orthodox Easter mass, filmed in a Russian church Germany, where the protagonist, the chorister Repin, encounters his crush Olga Petrovna for the first time. We also get to see a realistic émigré leader, with convincingly long sideburns, being toasted with champagne. At one point in the film, the viewer is unsure who to root for – Olga's mother or Olga's beloved, but eventually the dilemma sorts itself out. The film is so full of music, performed by Puschin's orchestra, it is akin to a musical. The singer Julia Reyes and dancer Dora del Monte appear as themselves. We also get to see a grotesque number by Chesterfields – and who could imagine one can do such funny tricks to Handel's Largo?"

The review found in the Paris newspaper Vozrozhdenie, 19 Dec 1936. 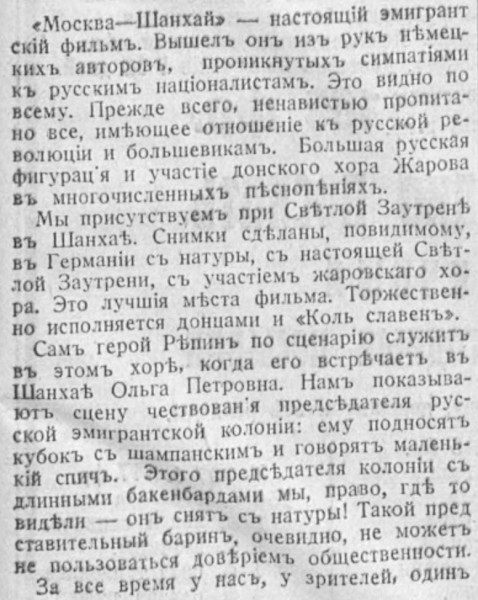 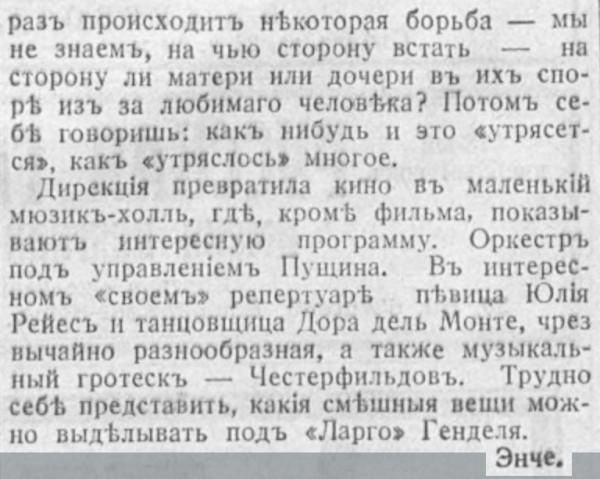