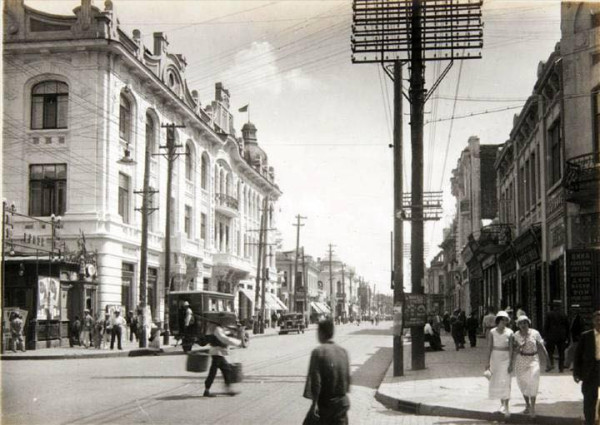 A Fortune for a Cook

The local newspapers are full of the story of the Russian emigrant S. V. Mokin, who serves as a cook to Dr S. I. Tarnovsky in Harbin. This story sounds absolutely like a fairy tale, but the facts that are now being ascertained prove that there are sometimes stories in real life that exceed the fairy ones.

Some years ago Mokin was a brave dragoon, but owing to the Russian revolution was reduced to the position of a cook in a Russian doctor's family, and from this position he will now rise into the best society after receiving a fortune of four million American dollars, which have been left to him by his uncle who lately died in America, and whom he has not seen since he was eight years old.

At the present moment, the American Consulate in Harbin are busily engaged on the matter, and are making full inquiries in America, expecting to receive complete confirmation during the next few days.

Russian reporters who visited Mokin in his kitchen stated that he could not believe his great luck. On Wednesday of Russian Easter week a certain lawyer in Harbin rung up Dr Tarnovsky, asking him whether a man named Mokin resided in his house, and on Mokin going to the telephone the lawyer inquired as to whether he had any relations in America. To this Mokin replied that he had an uncle and received the sensational information that his uncle had died in America and had left him a huge fortune.

"I felt as if in a dream" said Mokin, "as I had bidden farewell to my uncle 33 years ago, and since that time I have never had a word with him. I was eight years old when he went to America and I have not had the faintest idea of where he resided. At first the lawyer wanted to come and see me but afterwards he advised me to visit the local American Consulate to inquire into the full details of the matter."

Through the lawyer the inquiries have been sent to America and a full reply is expected within a few days. "I shall have to present all my documents to prove my identity but for the present remain an ordinary cook, working as usual."

In former years, Mr Mokin served in the 20th Finnish Dragoon Regiment, fighting through the Great War, later serving in the 8th Kama division, fighting against the Bolsheviks, and finally arriving in Harbin, like many other Russian refugees.

Such a huge sum of money has not fallen to any Russian emigre in Harbin during the history of the town.

Although a certain Sergey Vasilievich Mokin was indeed in Harbin around that time, there was no follow up to this story in the Russian or foreign press.
Collapse