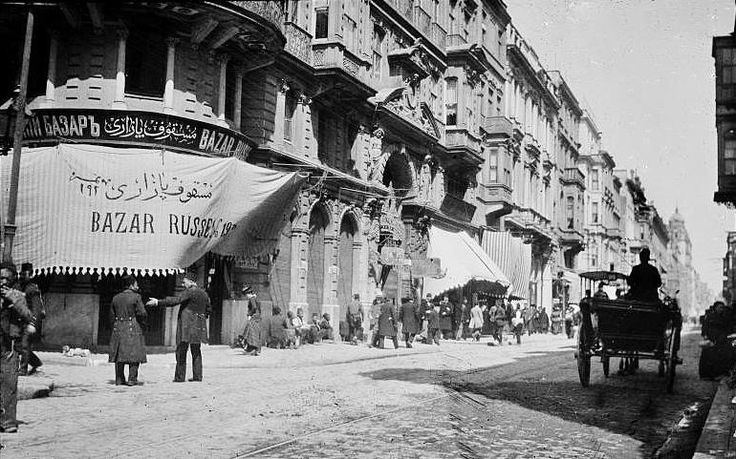 On Grand Rue de Pera [...] the Rusians are so numerous it seems they are THE most numerous. This is not so; they are just very visible. Their appearance is quite outstanding – it is either a pathetic military uniform that sings the wordless symphony of multiple campaigns, or a "civilian" suit that testifies to the owner's "triumphant evacuation." Even those who manage to procure decent clothing look unmistakenly Russian.

A certain style of a green coat is in vogue among the Russians; the fabric is so lightweight you could mistake it for silk. Men and women alike wear these coats with sashes, and young women manage to pull off a rather stylish look. There is also a ubuquitous scarf with stripes – either blue and white, or black and white. Wrap this scarf around your neck, tuck one end under the sash and throw the other end behind the shoulder, in a "gracious and confident gesture." Put on a tiny cap of silk jersey – they call them "sock hats" – or tie a kerchief. Green coat, stripy scarf and a sock on the head is the refugee woman's uniform. It spares her the trouble of introducing herself: it is clear she is a Russian and exempt from any laws... Thus dressed, the refugees flicker amid the crowds on Pera, as dense as the skating rink on the Mars Field in Saint Petersburg on a Sunday. The Russians create quite a contrast to the feminine flocks of Turkish women, in their monastic face-covering silks and lace stockings peeking under their rather short skirts. In fact, the legs is something I want to address.

The Russians are easily recognized by their legs, and my god, are they proud of them. Shamefully proud. They are so happy to look slimmer than the Balkan women, that they forget to look beyond the Balkans and compare themselves to other Europeans. The Russians might, indeed, appear slender and "refined", but you can also use the word "coddled". They have thin, weak bones and no muscle. The cultured existence – that is, the absence of any physical stress – has weakened their skeletons over generations, creating this "refined" look. But they failed to incorporate sport – the real gift of civilization – and thus have only internalized the "cultural" culture, but not the physical culture. 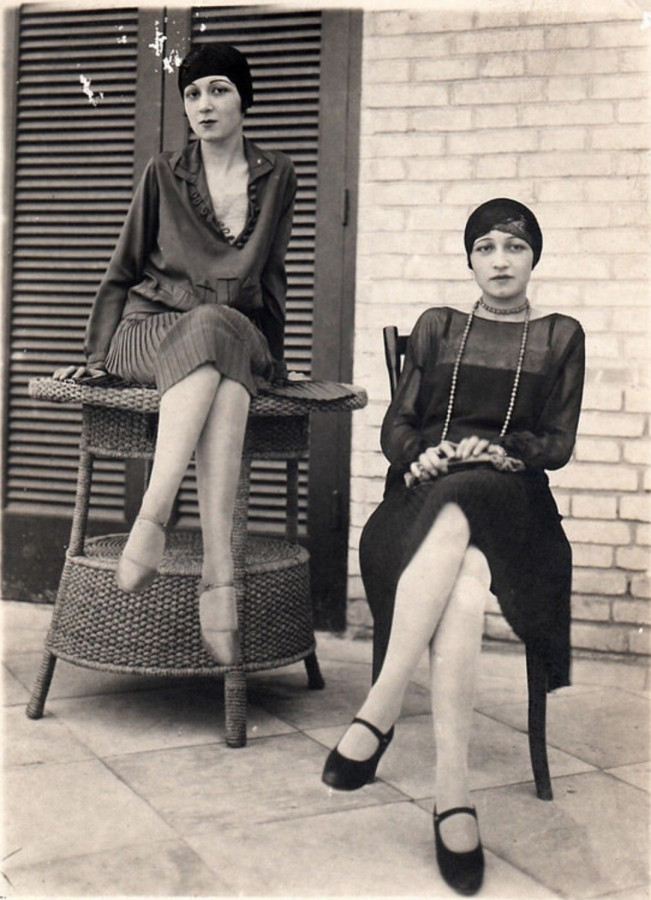