A rare view of Chaohui Guildhall 潮惠会馆 (known to the westerners as Swatow Opium Guild), founded in 1839 by the natives of Chaoyang and Huizhou (Guangdong), residing in Shanghai. The location back in the day was described as "south of the Customhouse", corresponding to the vicinity of today's South Zhongshan and Maojiayuan Roads. The tour of Shanghai described in 1858, proposes to zip past this guildhall in a sedan chair (on the map of the tour, the location is almost equidistant from the points 4 and 5). 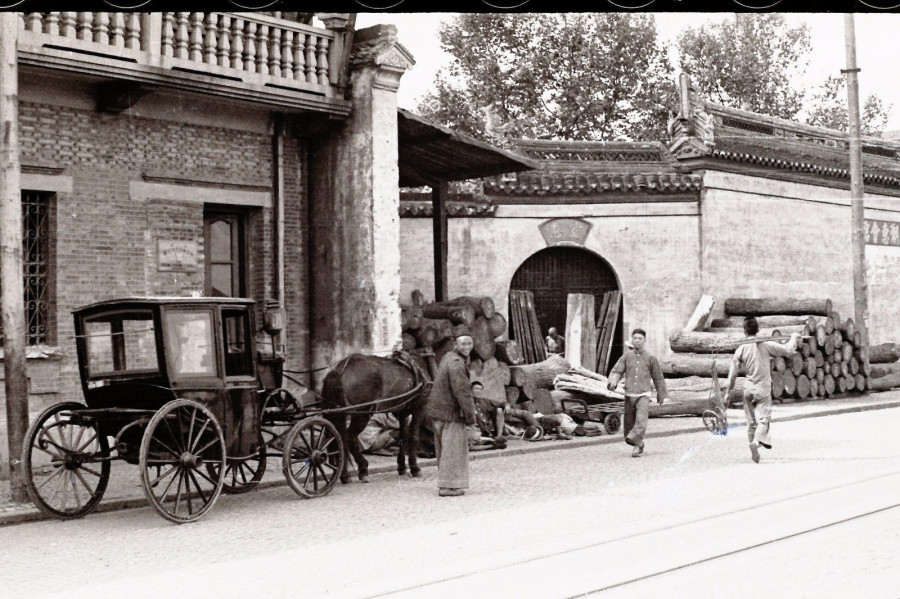 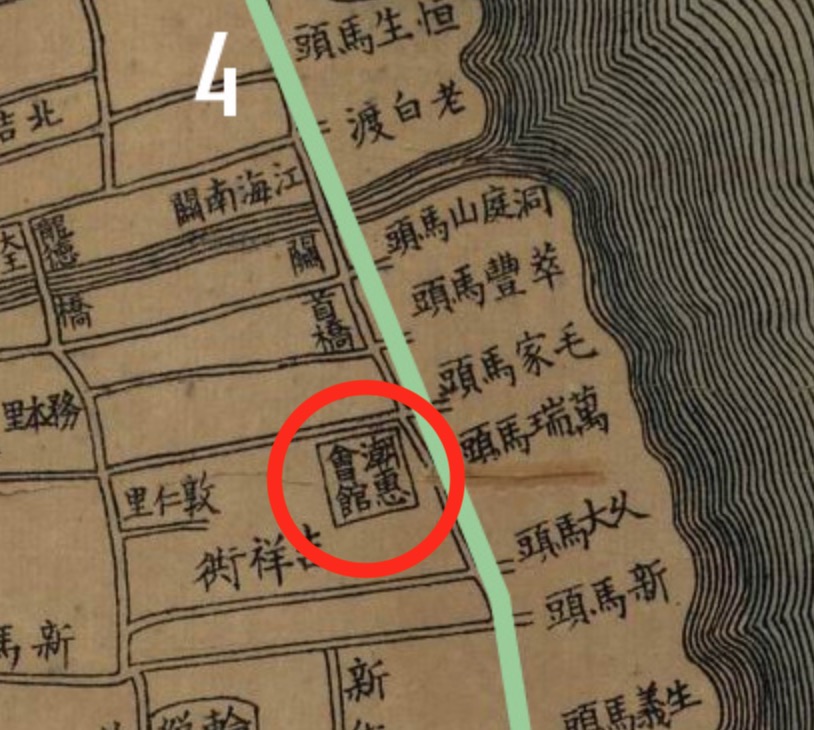 More about this guild: "According to English and Chinese sources, 'the Swatow Opium Guild' was the commercial network of the Guangdong merchants who immigrated from Chaoyang and Huizhou counties in Chaozhou district. They monopolised the opium trade in Shanghai and Zhenjiang, the centres for this trade in central China. Although the organisation was originally a native-place organisation for the 20 000 or 30 000 immigrants from the above-mentioned counties in Shanghai, two or three hundred of its members, led by about thirty directors and secretaries, were engaged in the opium trade. They succeeded in obtaining a monopoly over the opium trade from 1863 to 1865. After this period, the organisation of the Chaozhou sugar merchants became a cover-up for the opium merchants." (E. Motono, Conflict and Cooperation in Sino-British Business, 1860–1911)