Local Jews Mourn For Reich Pogrom Victims
A special memorial service for Jews who lost their lives in the great pogrom in Nazi Germany in November of last year was held in the Shanghai Synagogue last Sunday, with large numbers of the local Jewish refugee colony in attendance. The service climaxed a three-day mourning period to mark the first anniversary of what local refugees describe as the worst anti-Jewish pogrom in the history of Hitler's Third Reich. The pogrom followed the assassination of Herr Von Rath, Nazi secretary of the German Embassy in Paris, by a Jewish youth named Grynzspan.

Which Shanghai synagogue was that?

The United States Holocaust Memorial Museum (USHMM) has these two images, presumably taken in November 1939, captioned "A large crowd attends a memorial service for the first anniversary of Kristallnacht in a synagogue in Shanghai" 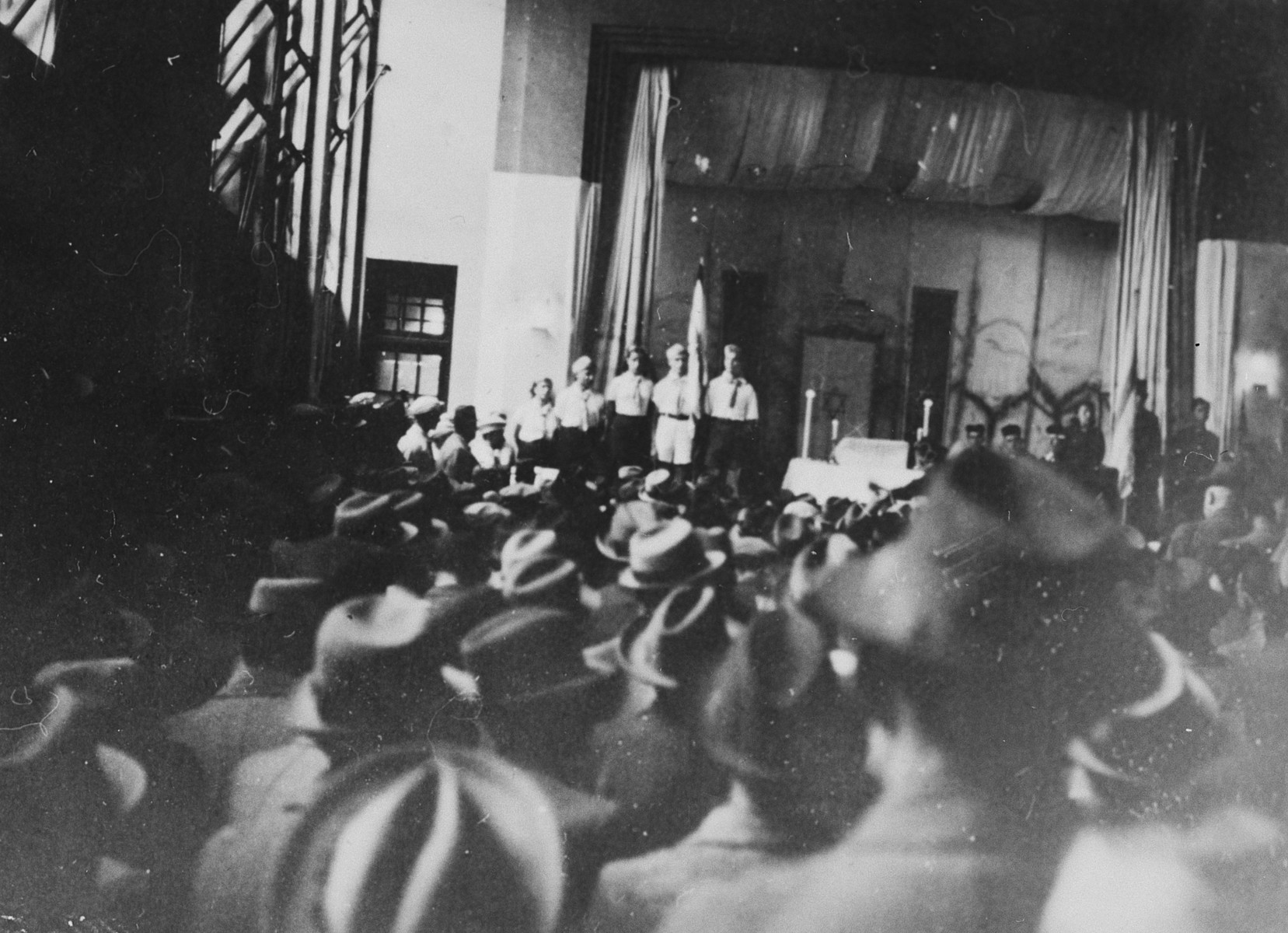 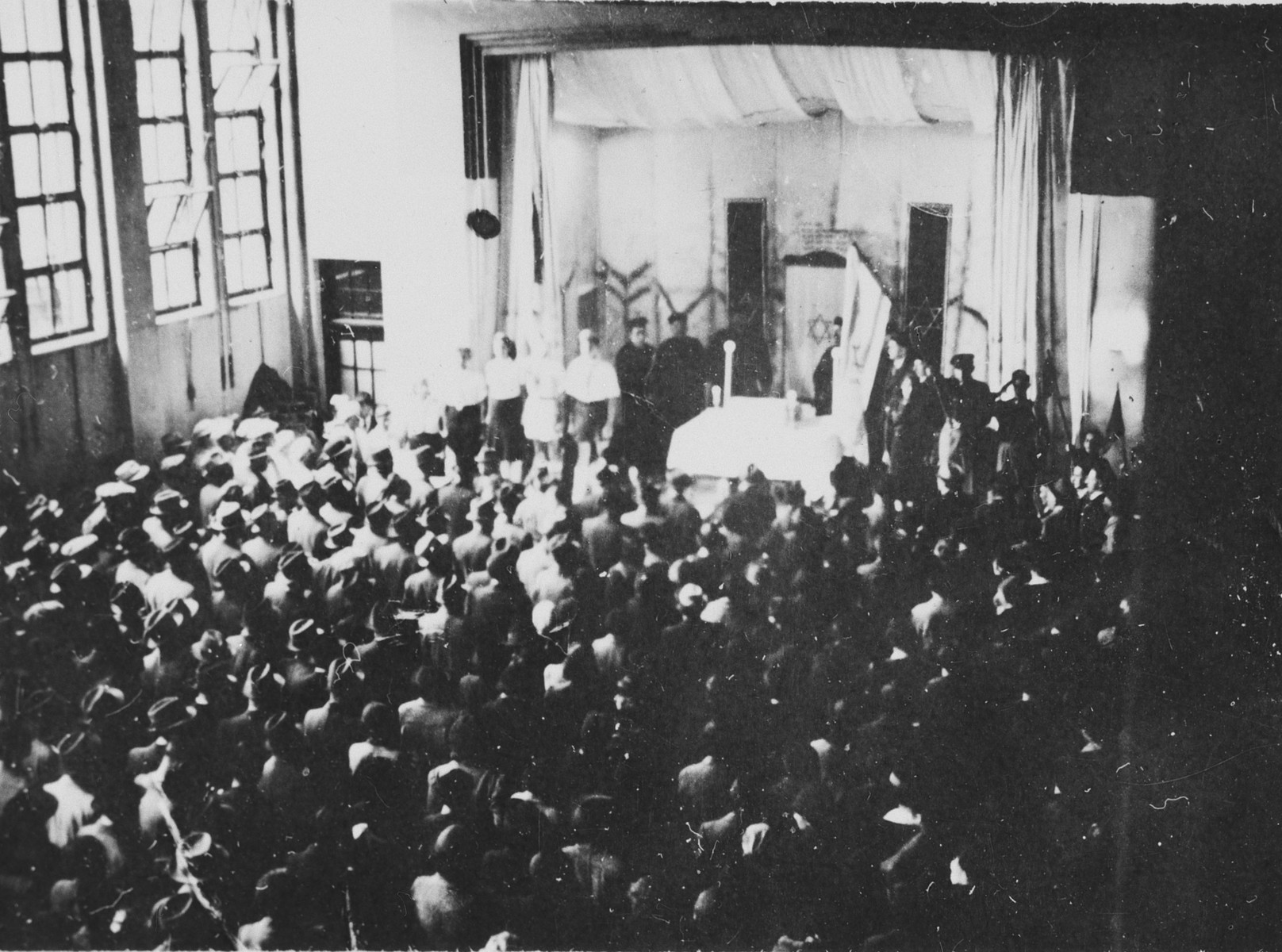 The same room – judging by the windows and the proscenium – is shown in this undated image from Jewish Refugees in Shanghai 1933–1947: A Selection of Documents, edited by Irene Eber: 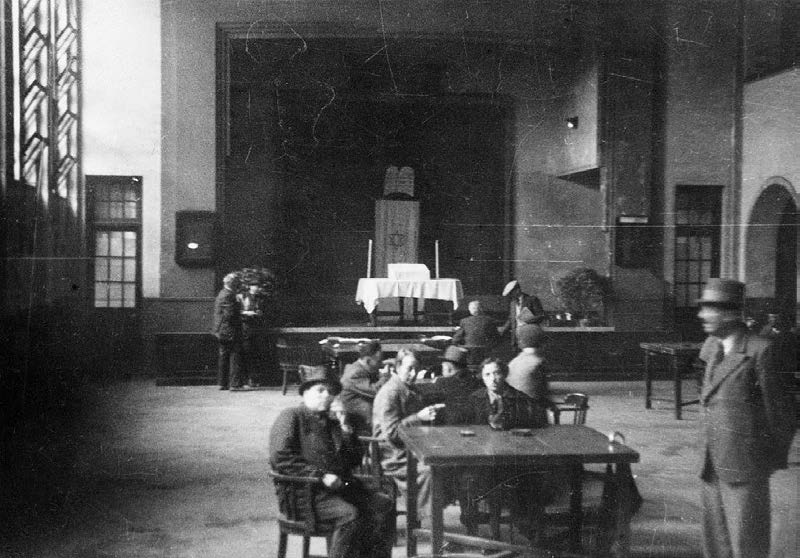 What is this building? Ohel Moishe synagogue is too small, Ohel Rachel does not look like this inside, Beth Aharon did not have such windows either – maybe we're in a building behind it somewhere? Beth Aharon synagogue provided a temporary shelter and a canteen to the new arrivals from December 1938 all through 1939. So did the Embankment Building and Ward Road Camp, none of which have this architecture. And this is neither Canidrome nor Auditorium. This resembles the most – I think – the New Ashkenazi Synagogue on Route Tenant de la Tour, but in 1939 it was not built yet. A mystery...

UPDATE: There is a high likelihood this is the Broadway Theatre, on Wayside Road, which functioned as a synagogue in 1939. Unfortunately, I don't have good images of its interior or exterior back in the day.
Collapse