UCLA Film & Television Archive has posted this wonderful historic footage, which closely documents the first visit of Anna May Wong to Shanghai in February 1936:


The film is silent, but during the ferry ride from SS President Hoover to the Customs Jetty on the Bund, the actress converses with the lucky fans who managed to get the passes to ride the tender with her, answers (for the hundredth time) the question why American cinema is so huge, makes promises to learn Mandarin, hints at staying in China for a year and reveals that her black hat was specially designed for her in London "to represent a tiger." 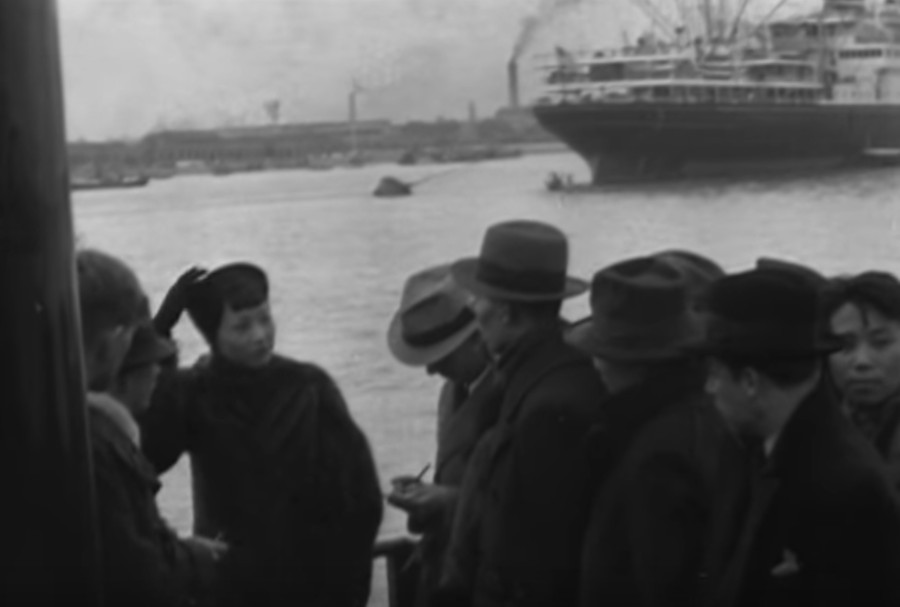 MOB MEETS CHINESE FILM STAR (Should have been "American", no?)

“The idol of thousands of Chinese cinema fans and greeted at the Customs Jetty by a large throng, Miss Anna May Wong, prominent in British and American film circles, arrived in Shanghai on Tuesday, Feb 11, in the SS President Hoover with the announced intention of fulfilling a long-felt desire to visit the country from which her ancestors came. Miss Wong was born in Los Angeles, her father in Michigan Bluffs, California, and her mother also in the United States.”

[Continue reading...]
“Miss Wong was literally besieged by admirers who were lucky enough to get the necessary Customs passes enabling them to board the tender that went down the river to meet the giant liner when it moored at the buoys. The actress, charming in manner, was dressed in a beautifully cut mink coat, and a hat that she said was specially designed for her in London to represent a tiger. It was black in color as were her shoes and her hand bag and gloves.

“This is Miss Wong's first trip to China. She proposes to stay here for several days, and then proceed to Hongkong. [...] She may be in China for a year. She has two reasons for coming to China. One is to meet her family again, the other is to learn something of the country. She wants to study modern Chinese woman and also the woman who lived in China before the present government. She feels that she will be better able to play her parts in American films if she has first-hand knowledge of women in China... She intends while here to learn Mandarin. She said she will not undertake to do a Chinese picture while she is here, proposing to spend her time in sightseeing and study for the most part.

“She spoke a great deal of the cinema industry, and answered a question that has been asked a number of times by Shanghailanders as to why American films had their great popularity. [...] Turning to the Chinese cinema industry, she confessed herself unconversant, but hoped that the Chinese would soon be able to take their place in the picture world, as she knew the Chinese cinema fan was an ardent one. She spoke also of the recent movement of the American film producers in turning to Shakespeare for new subjects to present to the public... She spoke of Good Earth and expressed the opinion it was still too early to produce such a picture for the reason that film technique has not yet reached the stage where it can portray an incident with all he fullness and meaning that two or three pages of a novel can do...” 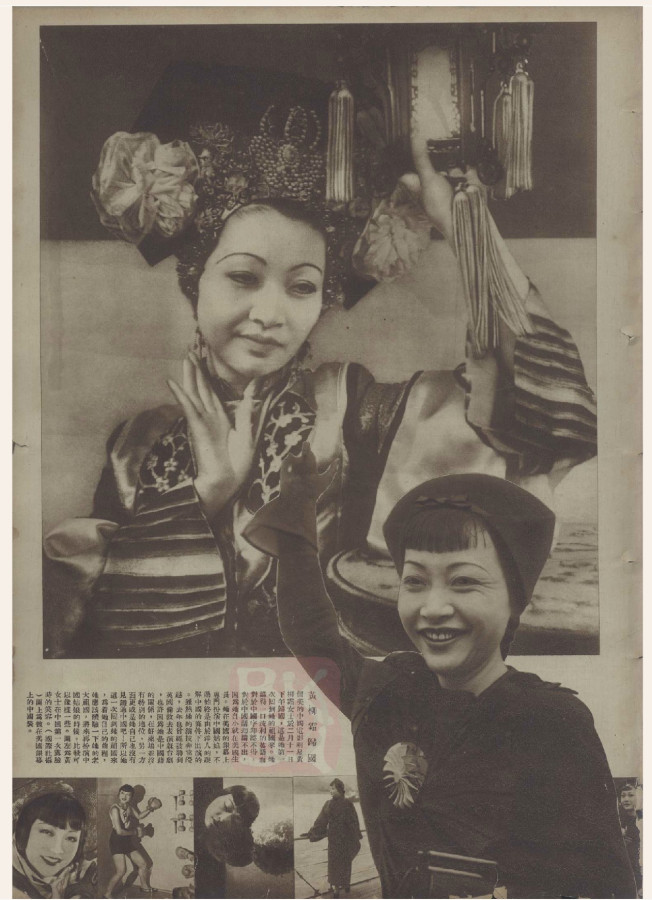 The remainder of the reel is comprised of the footage taken on the subsequent days. We see the actress walk in and out of the Park Hotel, drive to the Yuyuan garden and bazaar, navigate crowded streets, buy flowers, spend time at the Star Motion Picture Co. studio headquarters on Siccawei Creek and visit a movie set – but that's another story...
Collapse