The developer keeps beating the drum about the highly technological "moving" of the House of Shen 沈家大宅 in Dongjiadu, allegedly to "protect" it from being built over with the high-rises 绿城黄浦湾. And I remember filming there in October 2016, as the wrecking crews, acting on the order of the developer, were hastily ripping off the wooden carvings and crushing the roof tile. The idea was to "disappear" the house or at least cripple it sufficiently before the heritage protection application gets approved and stalls the demolition. It ended up a double failure: the developer was forced to preserve what was left, but now the "moved, rotated and rebuilt" House of Shen is lacking its older and visually more arresting part. 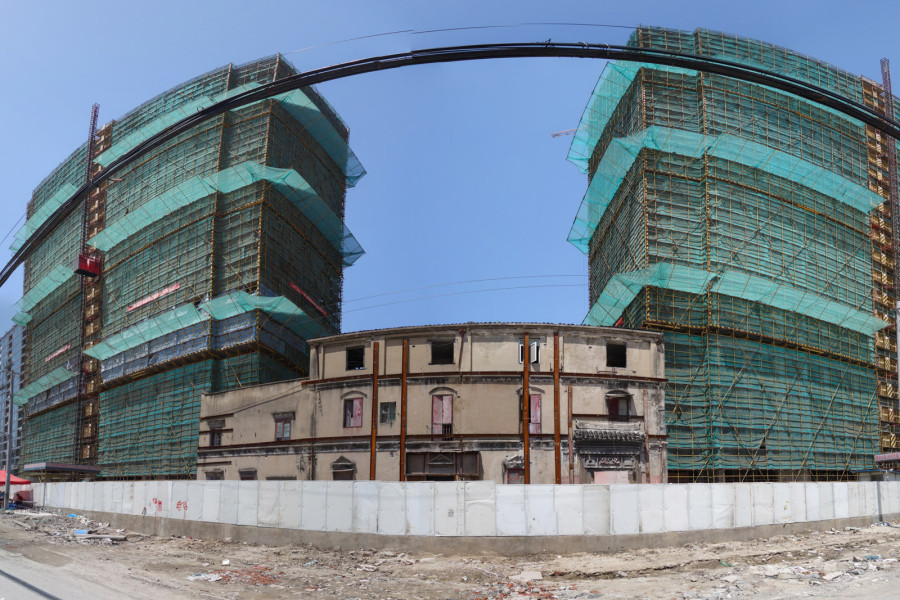