"The most commonly planted street trees in Shanghai were London plane trees, a type of hybrid chinar that accounted for 87% of all street trees in Shanghai in the early 1950s. In 1887, the French Concession authorities spent 1,000 taels of silver to purchase plane trees from France, and the trees soon became very popular in the city.By 1902, the trees planted in upscale residential areas along Avenue Joffre (present-day Huaihai Road) in the French Concession were almost exclusively plane trees. This French connection contributed to the tree’s popular, albeit misleading, name, in Chinese, 法国梧桐, or ‘French parasol tree’. The name led people to believe the tree was somehow European, and it became an enduring emblem of the Shanghai street scene beloved by writers.

"The novelist Zhou Erfu starts his famous Morning in Shanghai simply by depicting street trees in the former French Concession in the early 1950s: "Its tires hissing softly over the asphalt surface of the road, a little black Austin car was approaching in the distance. The avenue was lined with neatly-spaced plane trees, the lime-wash applied last winter already beginning to flake off the bottoms of their trunks, and their broad, rich-green leaves fluttering in the breeze. The avenue was almost deserted and not a sound disturbed its tranquil calm. From a clear, cloudless sky the afternoon sun threw the shadows of the plane trees on the roadway in a neat pattern. Passing over an intersecting avenue, the little Austin slackened its pace and came running across the shadows of the trees."

"To this day, the words ‘French parasol tree-lined streets’ still conjure up nostalgia for old Shanghai. However, in the anti-western atmosphere of the late 1950s, the foreign origin of the plane tree was deemed politically incorrect. In Shanghai, there was an attempt to get rid of it in favour of the white poplar, which commonly grows in the Loess Plateau of north-west China and was regarded as not only an ‘authentic Chinese tree’ but also a type of ‘revolutionary tree’. But it was soon found that white poplars cost more to maintain and provided relatively little shade. The trees also tended to attract a type of moth known as cimaochong (‘bristle insects’) whose bristles can float in the air and hurt human skin, something that children were particularly vulnerable to. By the early 1970s, it was no longer a choice for street trees and London plane trees were back as the preferred type."

Old plane trees on the Bund uprooted by the typhoon, 1900: 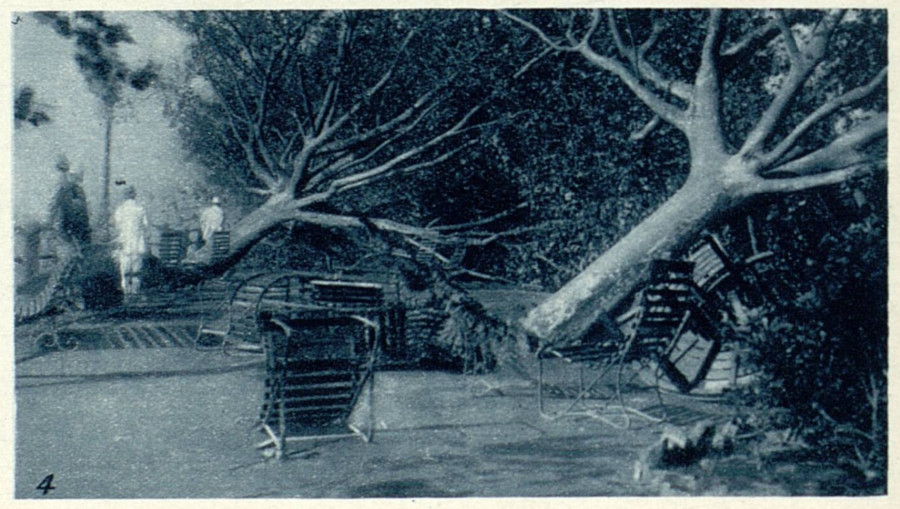 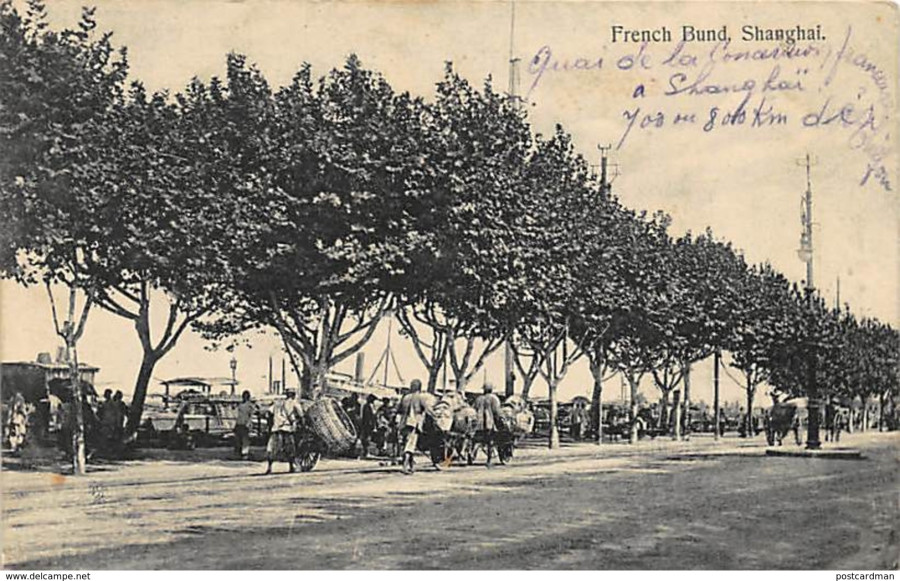 Winter view along the early Avenue Joffre (not called this yet), in the eastern part, in 1913: 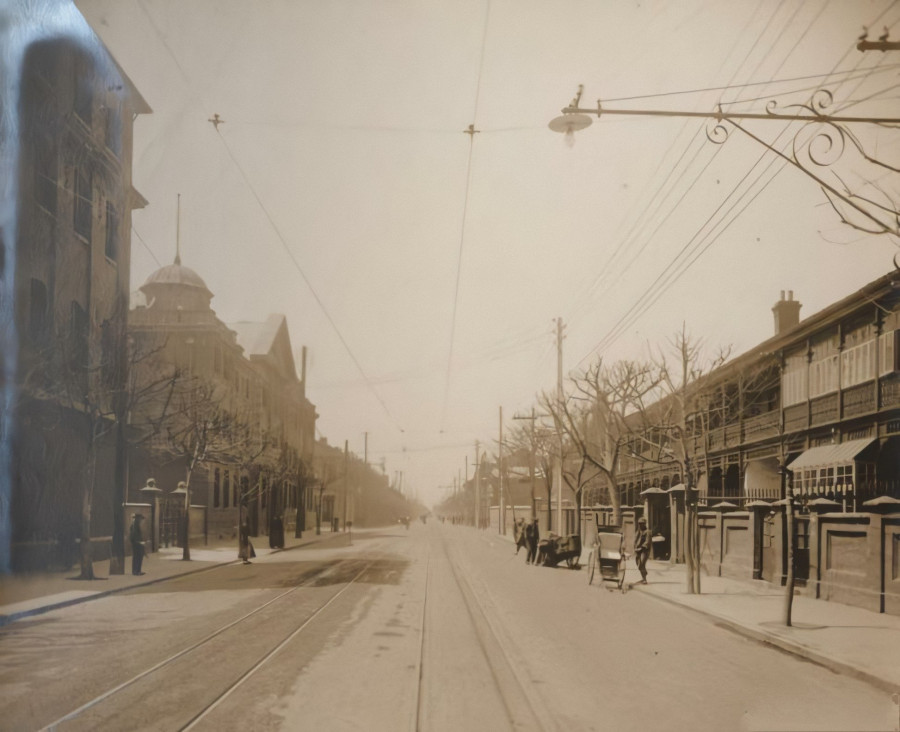 Archive of the French Ministry of Foreign Affairs.

Trees on Avenue Joffre, near Estrella Apartments, crushed by the typhoon, 1931: 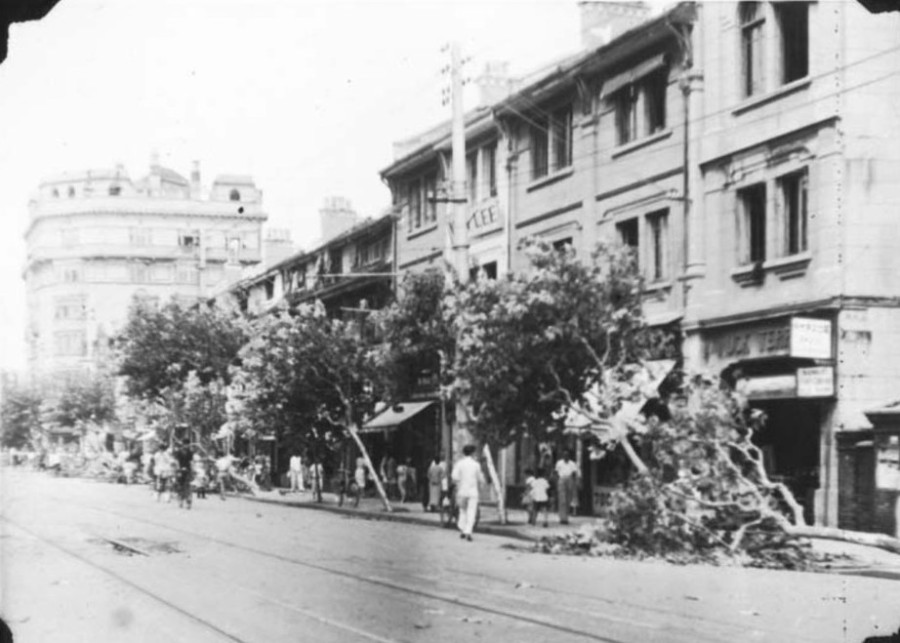 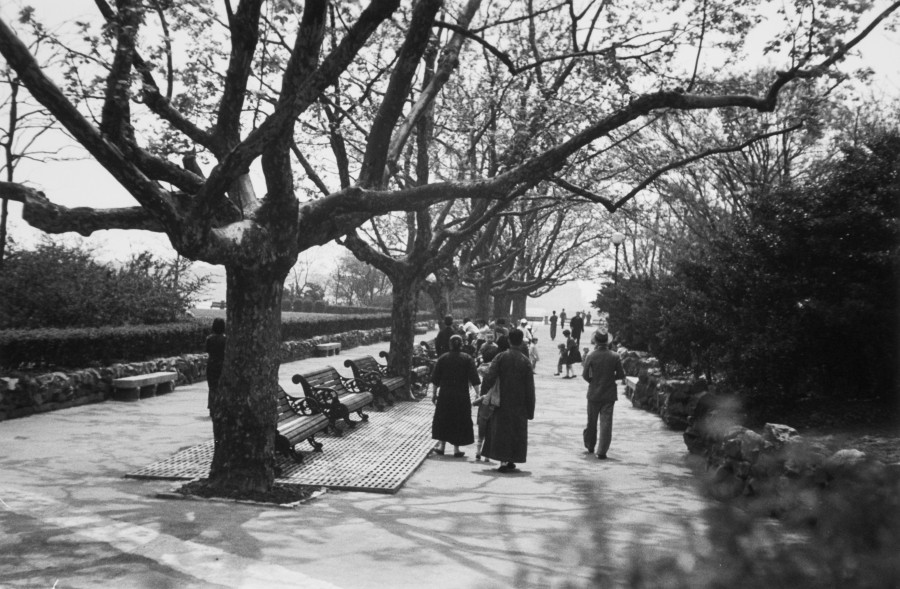 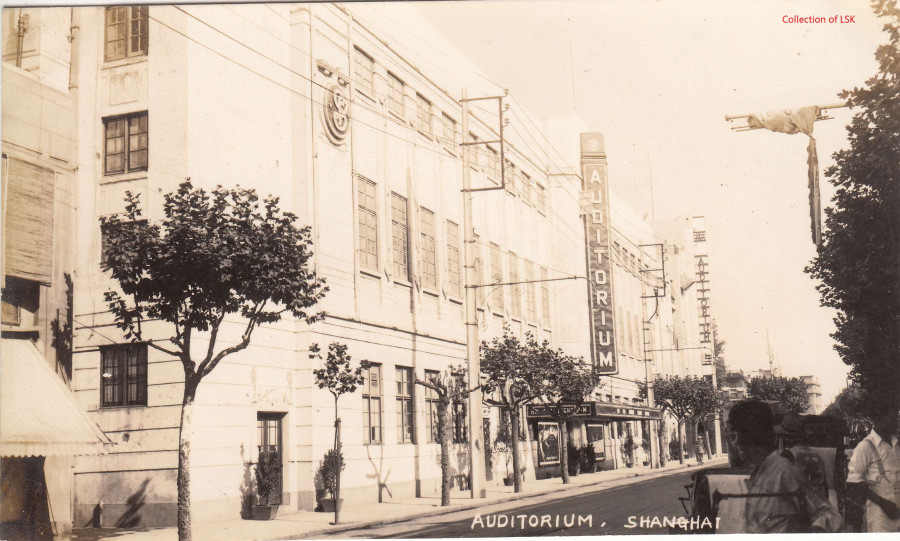 Avenue Joffre lined with plane trees on both sides, 1945: 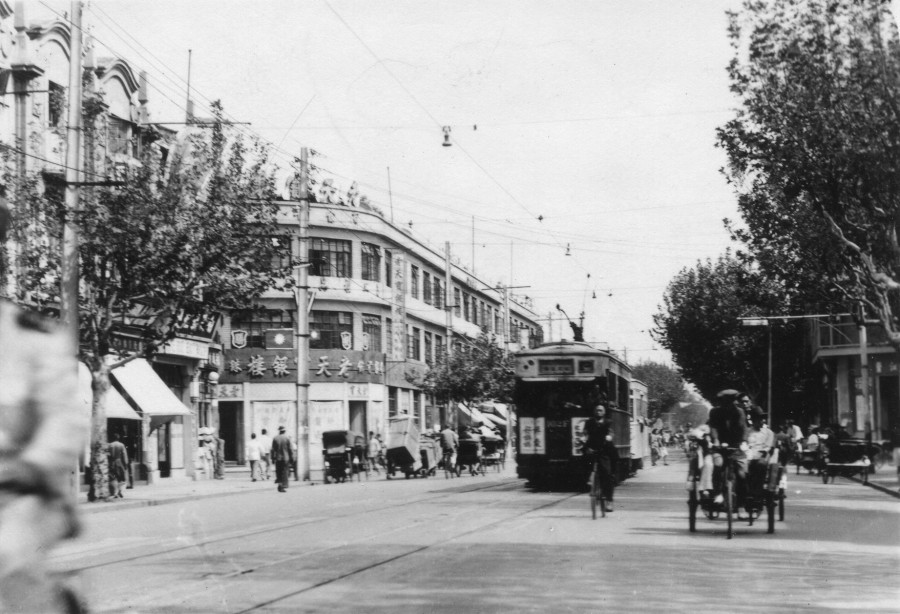 Multiple plane trees lining the street outside the Empire Mansions, on Avenue Joffre, in 1948 (this stretch does not have trees any more): 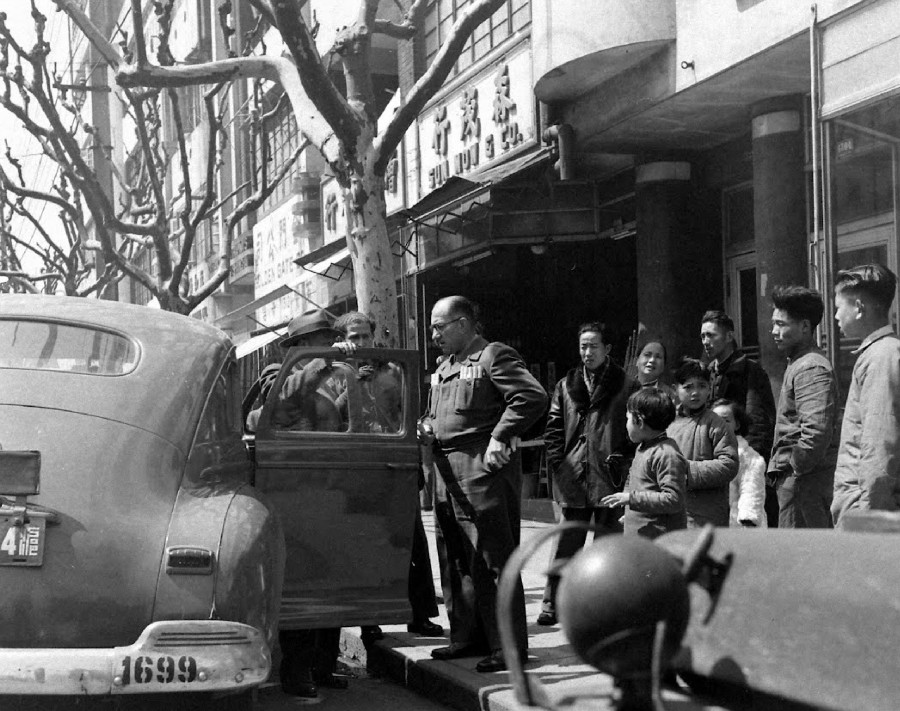 Trim-looking plane trees on Avenue Joffre, with Hanray Apartments and Gascogne in the distance, 1949. 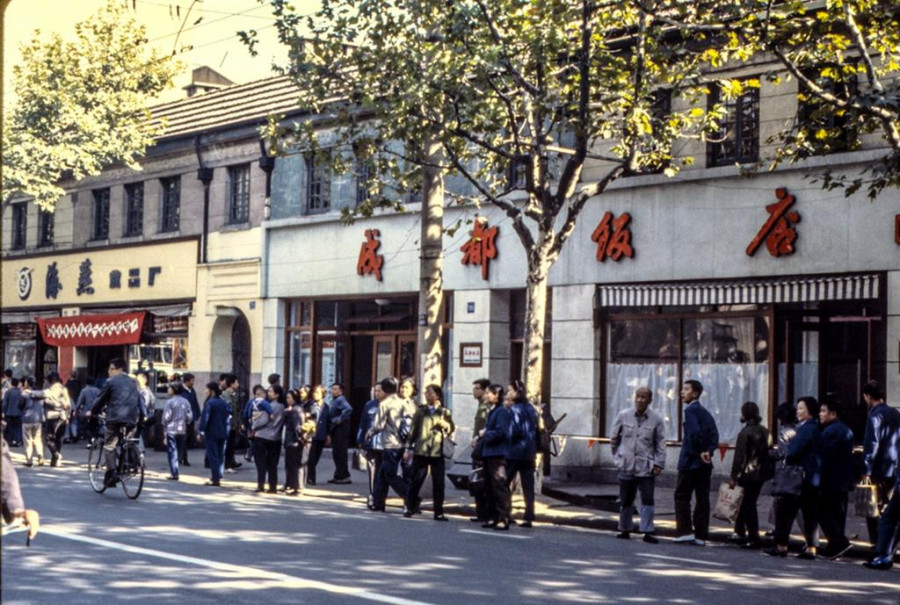