In a 1969 interview to the TWA Skyliner magazine, Emmanuel Gran, vice-president for architecture at Hilton International, stated that he had designed Cathay Hotel in Shanghai! In an earlier interview, in 1961, he mentioned that he had "designed his first hotel 35 years ago", which would be 1926 (let's say, roughly). How does this fit into what is already known about the construction of Shanghai's most famous landmark in the center of the Bund?

The first sketches of the Sassoon House circulated in the press in 1925 and were the brainchild of Palmer & Turner's chief architect George Leopold Wilson. It is quite possible, however, that Gran was closely involved in the subsequent stylistic upgrading of the project and its adaptation to the Cathay Hotel. Over the course of 4 years, the projected appearance of the building changed from this: The signature in the corner, under Palmer & Turner Architects" seems to be that of E. Forbes Bothwell; he had the best drawing skills at the firm. Published in December 1925.

...to this transitional look... 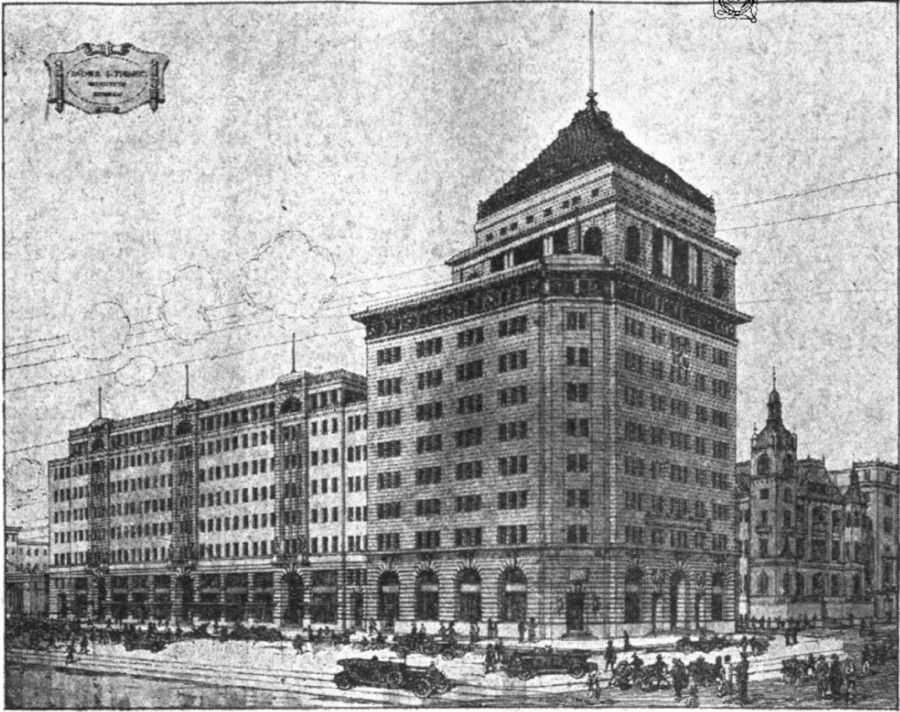 The side facade has lost the tower and obtained three vertical subdivisions; the windows became narrow and arranged in threes; the arches replicated themselves on the roof terrace; small decorative details began to disappear; the pyramidal roof started growing... Also published in December 1925. 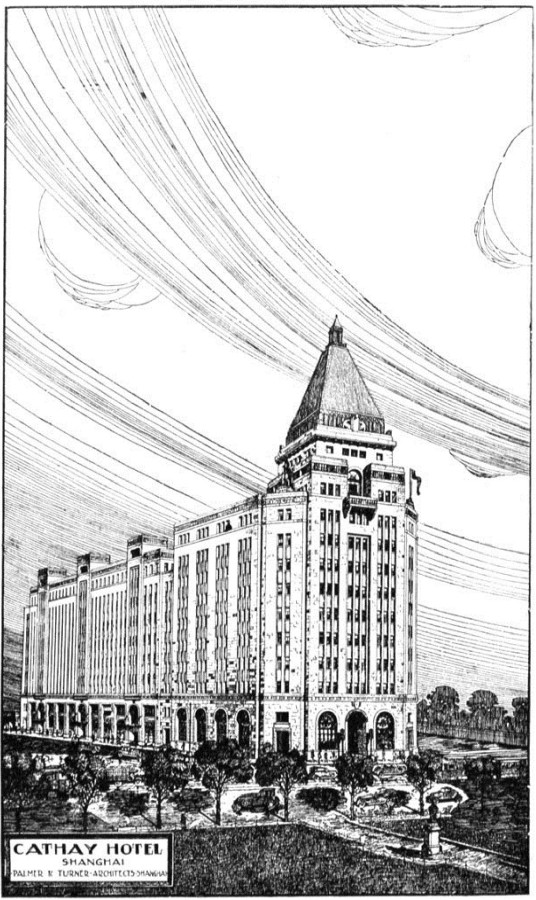 The final look started to circulate after the decision to furnish the Cathay Hotel in the Sassoon House was finalized, in mid-1928. (Some of the differences in the appearance, however, are due to a different treatment of the perspective.) 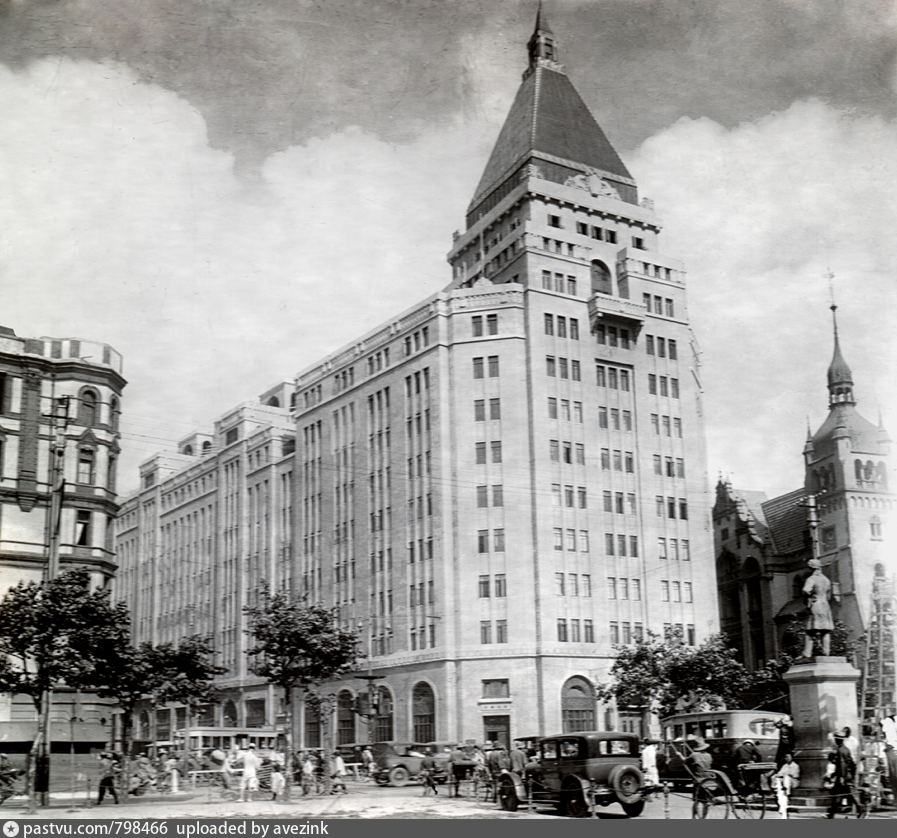