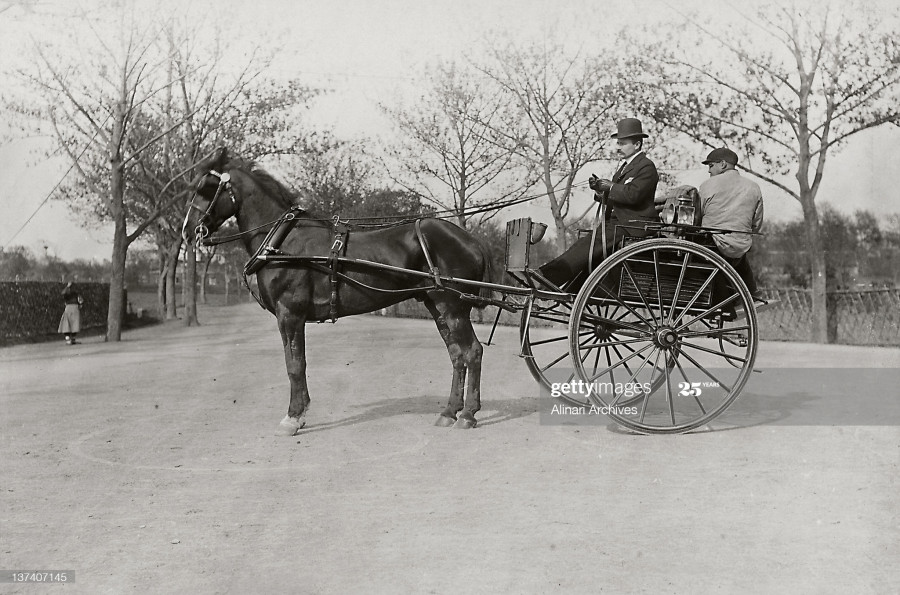 When did the first car emerge in Shanghai? A number of academic works, referencing a 1997 study, claim that the first car appeared in Shanghai in 1901 and that it belonged to a Hungarian named Leinz. Supposedly it was an Oldsmobile, which looked like a horse carriage with rubber tires and steering wheel, and it "was repaired once by the Shanghai Dock Company and was licensed for a carriage." So said the 92-year-old I. Komor, an old-timer in Shanghai, when he was interviewed in 1935.

It might be, however, that the first auto-motor appeared on Shanghai streets a few years earlier.

In 1897, Shanghai's foreign press reported that "motor carriages" were beginning to be seen in the streets of English cities. That year's Light Locomotive Act made it unnecessary to have someone walk in front of each vehicle and wave a red flag. In February 1898, "a motor carriage propelled by petroleum has made its appearance in Tokyo." Shanghai was not to stay behind.

In March 1898, the city's first auto-motor enthusiast, the Frenchman R. Dalvy, offered two cars as prizes in a citywide lottery. The tickets sold quickly. Each machine was "provided with all accessory tools for repairs, should they become necessary." Dalvy guaranteed the maintenance was so simple "even a child could manage." His mechanical workshop on Nanking Road was called Shanghai Cyclery, but he was looking to switch from importing bicycles to cars. (The outcome of the lottery is uknown, unfortunately.)

So what did Dalvy drive? His first motorized carriage was a home-rigged three-wheeled contraption, which produced such an "evil-smelling smoke" that when it suddenly disappeared from Shanghai streets, it, indeed, was not missed. There was a bit of a hiatus, which allowed the North-China Herald to claim there were no cars anywhere in China, as of January 1901. Evidently, it was later that year, that Mr. Leinz started driving his Oldsmobile in Shanghai streets.

France was then considered the "home of the automobile," but the Americans were very quick to become the world's largest manufacturers of cars and car parts. In 1902, a traveling salesman representing the American Locomobile company disembarked in Shanghai to pitch the idea of using motorized buses to the Municipal Council. The ratepayers held a meeting to discuss the viability of cars, private and public, on Shanghai roads. A newspaper report of this meeting provoked a stream of letters to the editor, mostly of the anxious and indignant variety. Shanghailanders recounted, in vivid detail, how their horse buggies encountered a car, or were passed by a car, and what awful noise and arrogance marked these encounters: "We signalled to the motor car to stay behind the carriages, instead of which he rushed by them!" complained one letter.

Dalvy participated in these discussions on the side of the handful of existing motorists. Recognizing himself described in some of the letters, he replied each writer personally through the newspaper. Dalvy actually thought he had nice motoring manners, because he never failed to sound the horn. But the Shanghailanders' verdict was harsh: "It is NOT polite for the occupants of a motor car to worry a lady driving a horse."

Luckily for the orthodox of the fin-de-siecle, the advent of motorized vehicles was not too rapid, as this photo from 1907 testifies: 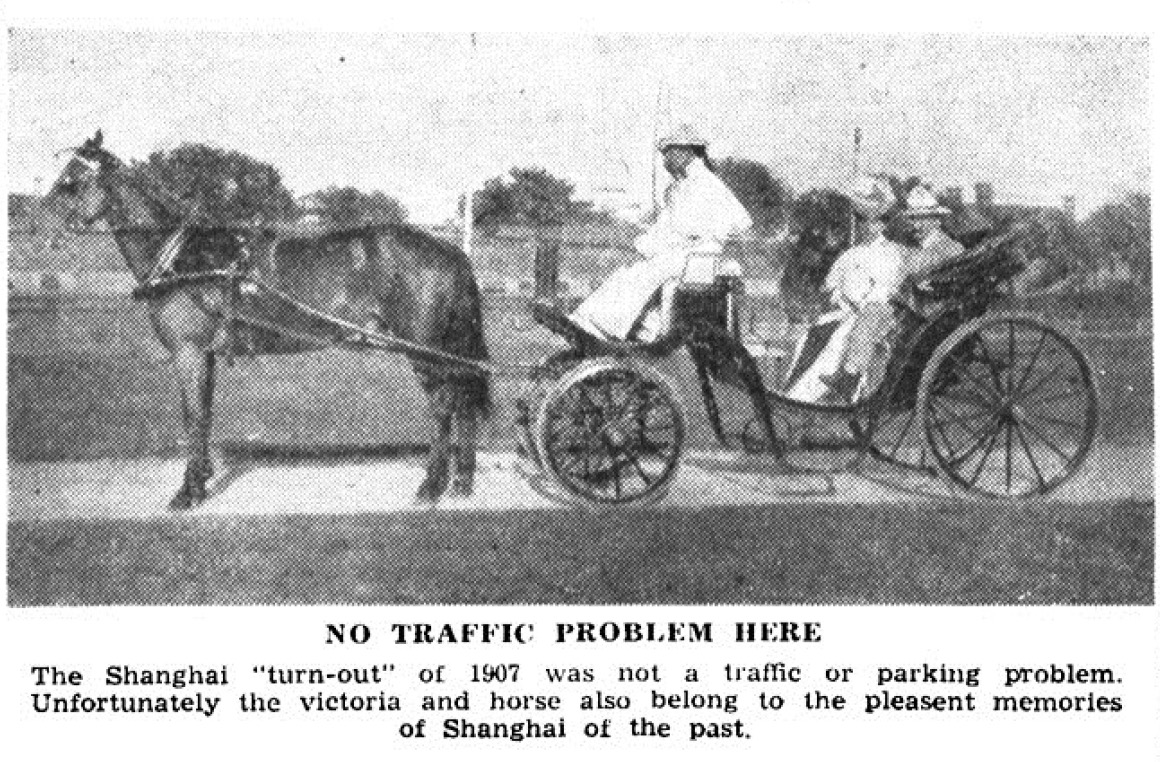 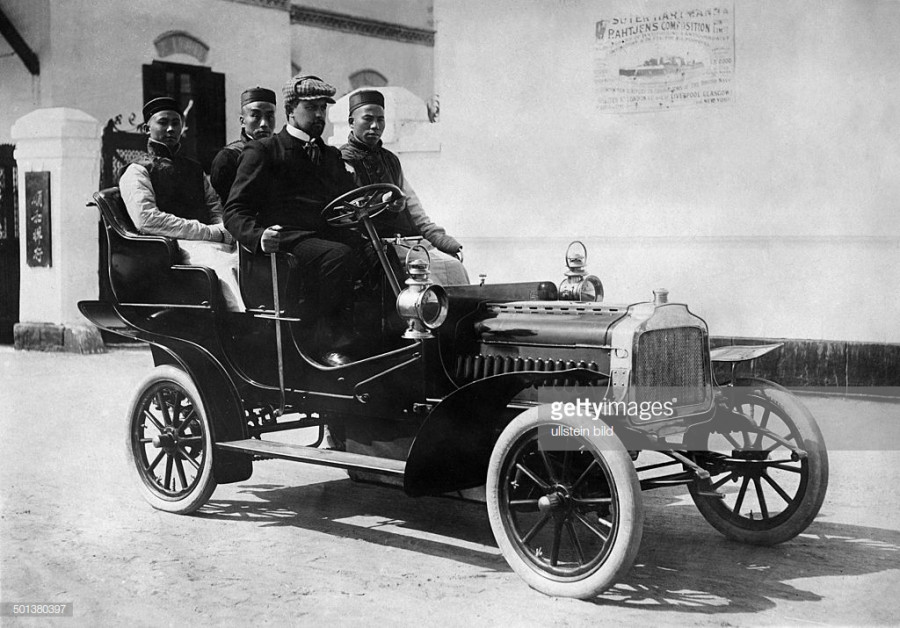 This is presumably Shanghai, the 1900s. Getty.

Here is a list of French companies in Shanghai in 1901, which includes Dalvy's bicycle business (if you are suprised by the absence of the famous French business, Maison Remi, I recommend this post). 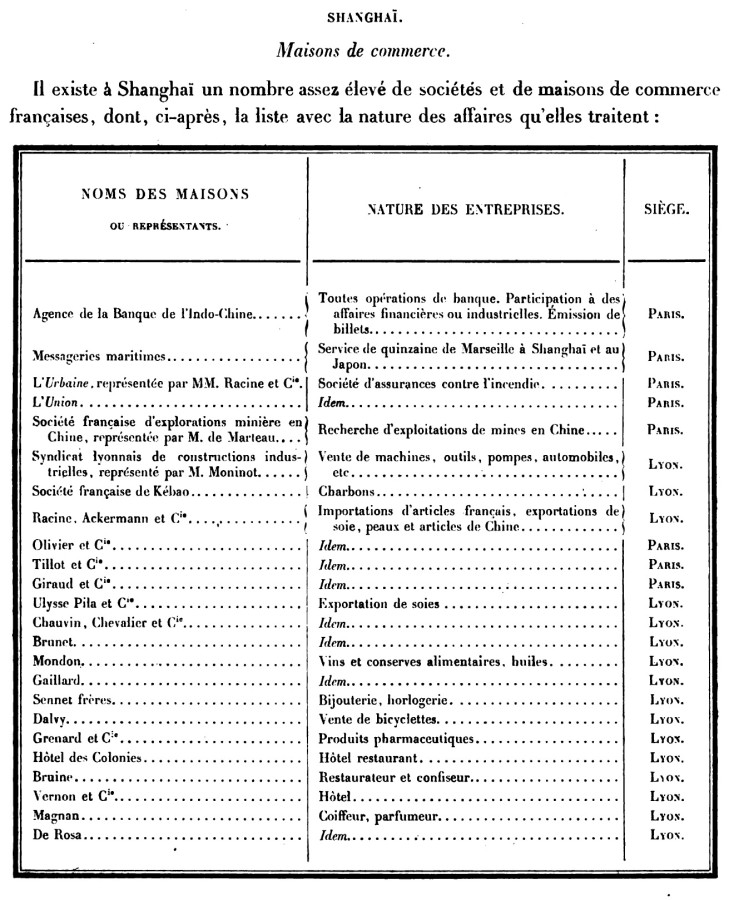