The recent movie Eight Hundred 八佰, about the defense of the Joint Savings Society Godown (aka Sihang Warehouse 四行仓库) in October 1937 from the attacking Japanese forces, is set amid a huge digital chimera of a city. It must have been quite a challenge – to create an "old Shanghai" as unrealistic and unrecognizable as this.

I don't even have to say anything about the blimp.

In this fantastic city, the only building found in its proper place is the JSS Godown itself – two godowns, to be precise, one of the Continental Bank and one of the JSS, side by side on the north bank of Soochow Creek, next to the Tibet Road Bridge. To the south of the creek there is an incredible urban landscape, representing the business center of the International Settlement, where not a single building is true to its form or address.

[Read more and see more images...]
Tibet Road Bridge in the left corner of the panoramic shot leads to a square, framed by the Great World amusement centre and a miniature version of the Municipal Council: 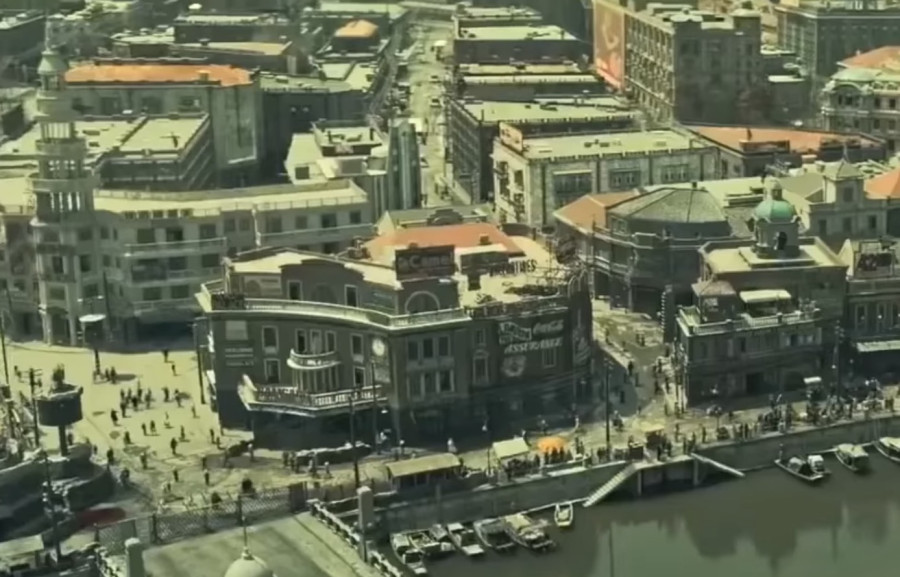 The right side of the panorama has an even busier agglomeration of "foreign architecture", made from mashed up parts of famous Shanghai buildings, the most conspicuous of which is the Race Club. (What's burning in the distance?) 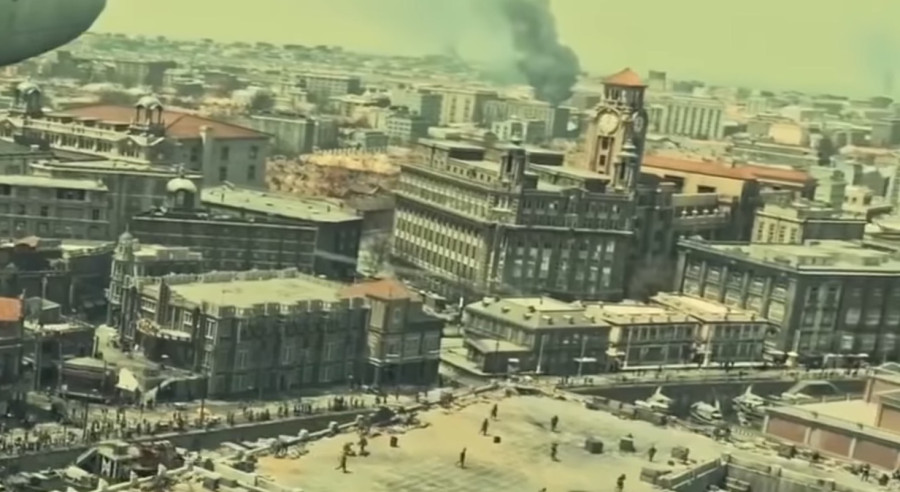 If you hang from the clock face of the Race Club you can pretend you are Harold Lloyd in Safety Last!:

Between the Great World and the Race Club, the creek bank is a busy commercial promenade, which ligths up at night like Nanking Road. The set designers culled the signage from historic photos of various locations and movie posters (Willie's, Victory Bar, Paramount, Siemens, Majestic, Spellbound) and made up some (Lovely Babybaby, Enjoy Shanghai, Your Life).

In reality, the city blocks across the creek from the besieged godown consisted of lumberyards, warehouses, sheds and lane houses: 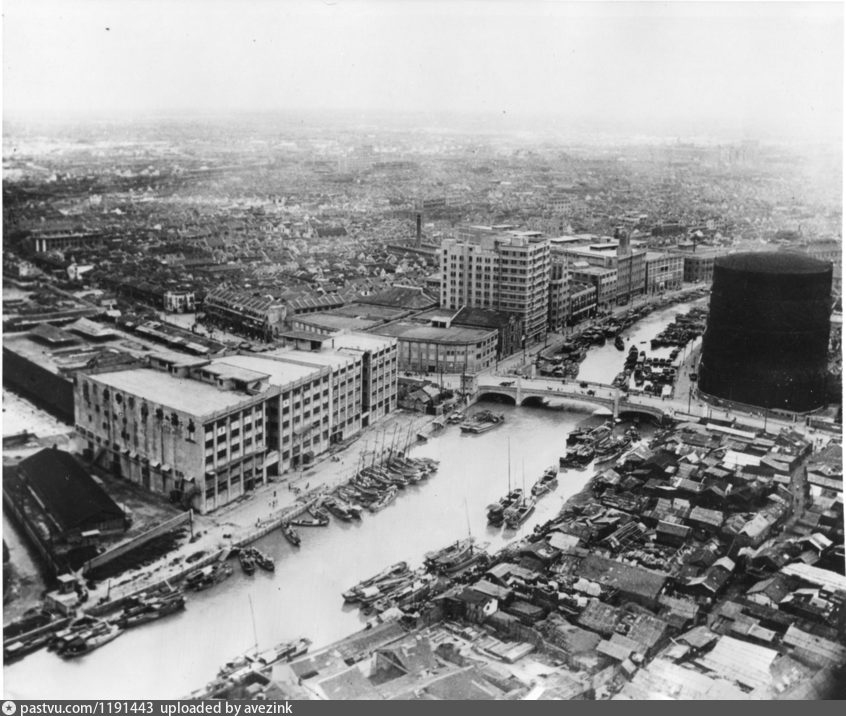 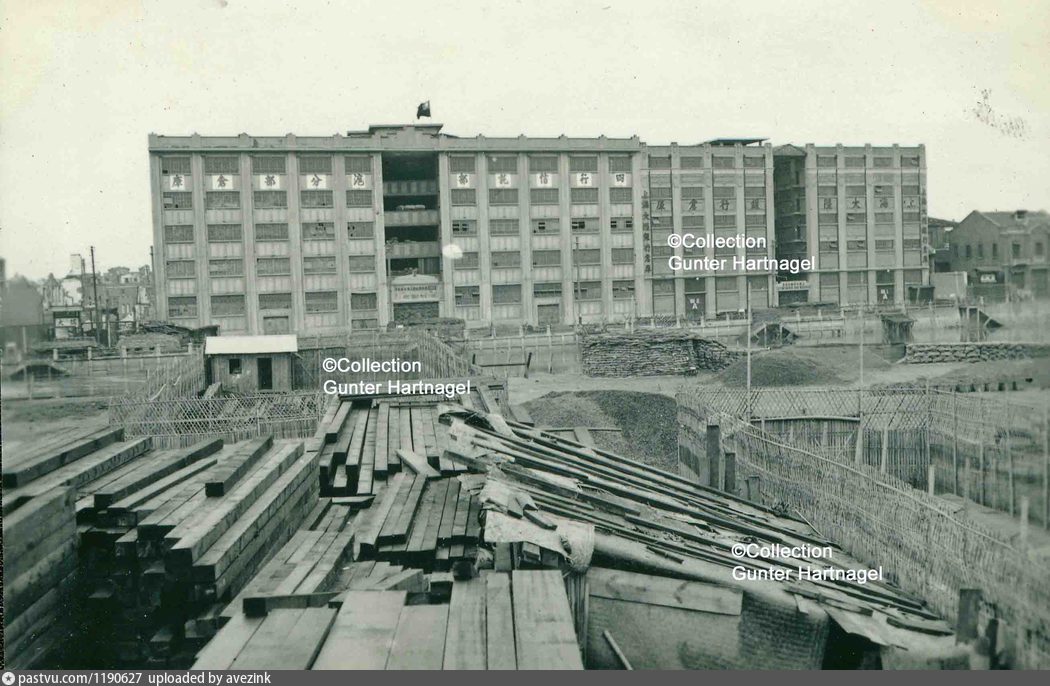 A longer shot from the downtown, showing the warehouses on the north bank, Tibet Road Bridge and a bit of the gas tank on the right. Full image is here. 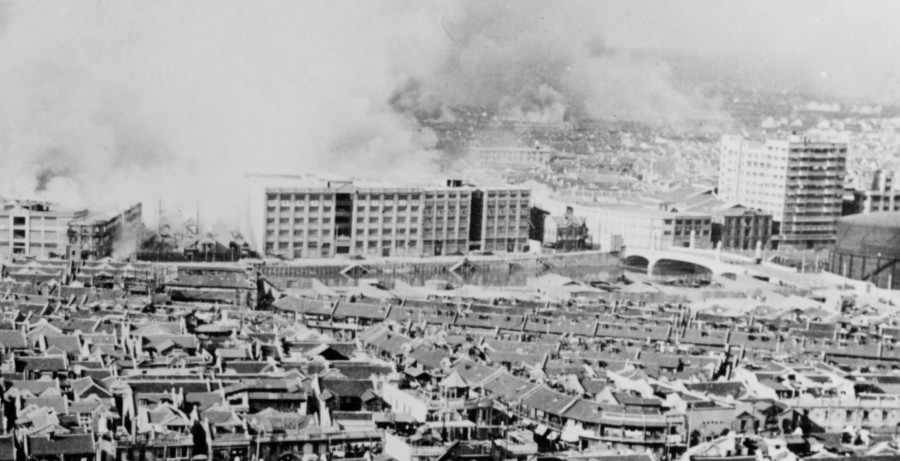 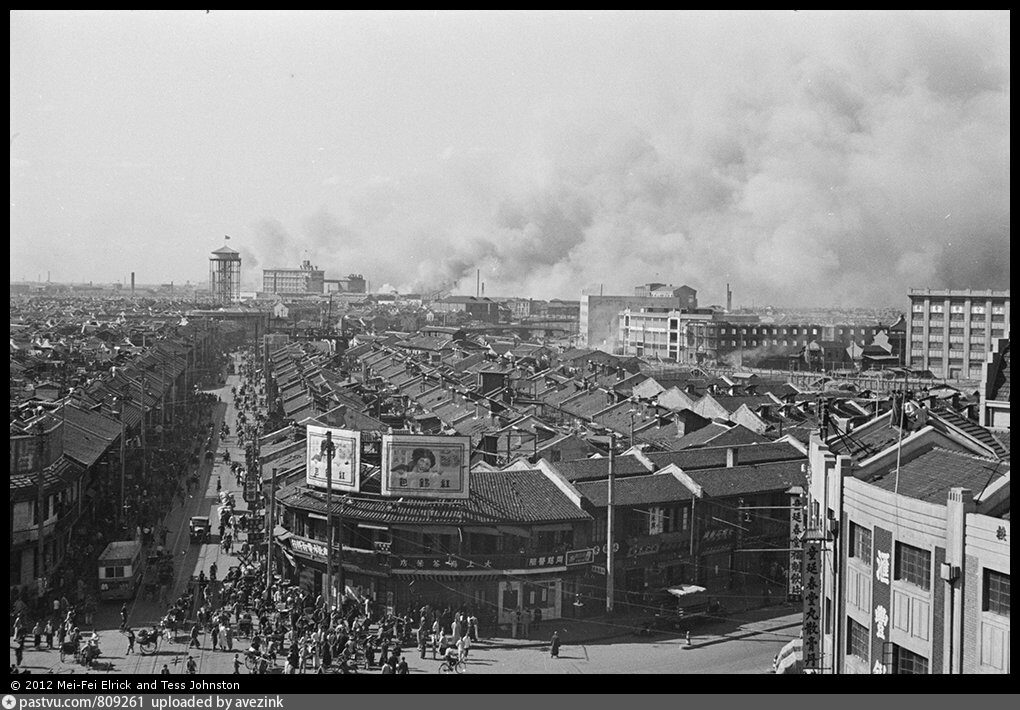 For some reason, the movie shows the massive tank of Shanghai Gas Co. in its rightful place, east of Tibet Road – and right next to the fantastic overbuilt city – some hazardous urban planning here! 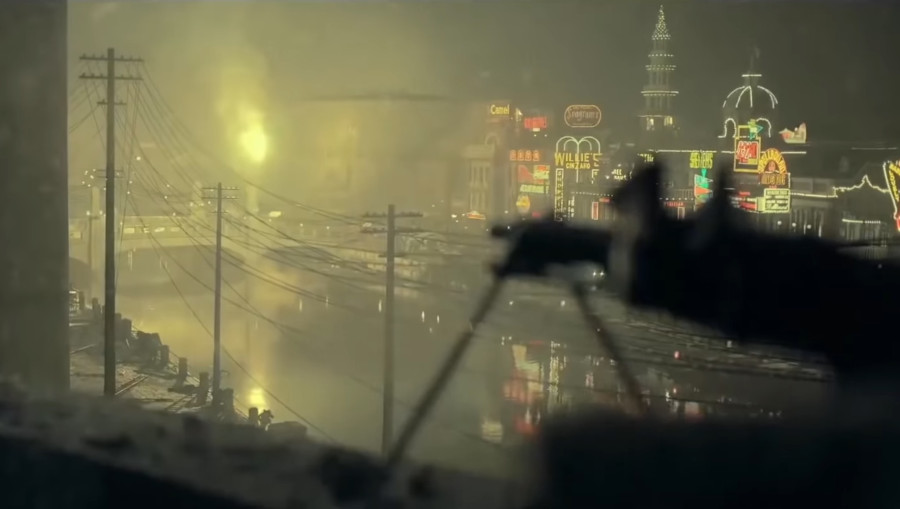 The sun is in the north:

...and the Kuomintang flag, delivered to the roof with such a great difficulty, has lost its white star (perhaps, to avoid associations with Taiwan). 历史会记住这里? I don't think so: this is not even history. 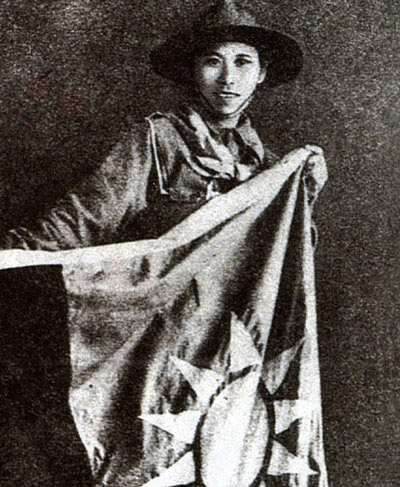 Ad for Coca Cola? Wasn't there. 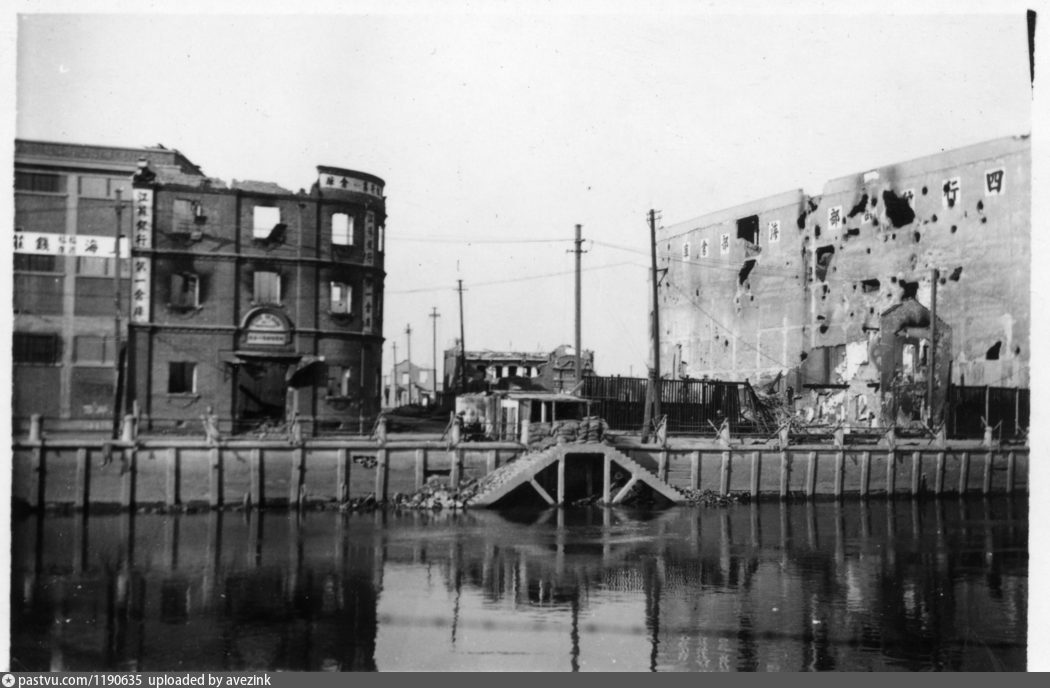 What better signals artistic bancruptcy than a white horse running through the deserted city? Watch Babai 八佰 at your own risk – just don't confuse it with a historical movie.