This is Part Two of the post about the architecture firm Calatroni, Hsieh & Co. Link to Part One.

"How to live in comfort, quietness, with evergreen surroundings, in the heart and best residential district in French Concession. The last word in modernism, thus eliminating complaints from conservative housewives." (Did anyone proofread this?)

Another big project of Calatroni, Hsieh & Co. was the Jubilee Court complex, owned by Mozelle Robinson Sopher, the widow of Edward Ezra (who died in 1921). It was built in two stages on a narrow lot runnning through the block between Avenue Joffre and Rue Lafayette, adjacent to the Ezra family residence, Adeodata Hall. The northern part of the development, made up of 11 duplex houses, with the entrance at 1273 Avenue Joffre, opened in September. Each of the duplexes had 2 four-bedroom apartments, each with two bathrooms, a kitchen and a garage. The unique feature was tenants' access to individual gardens. 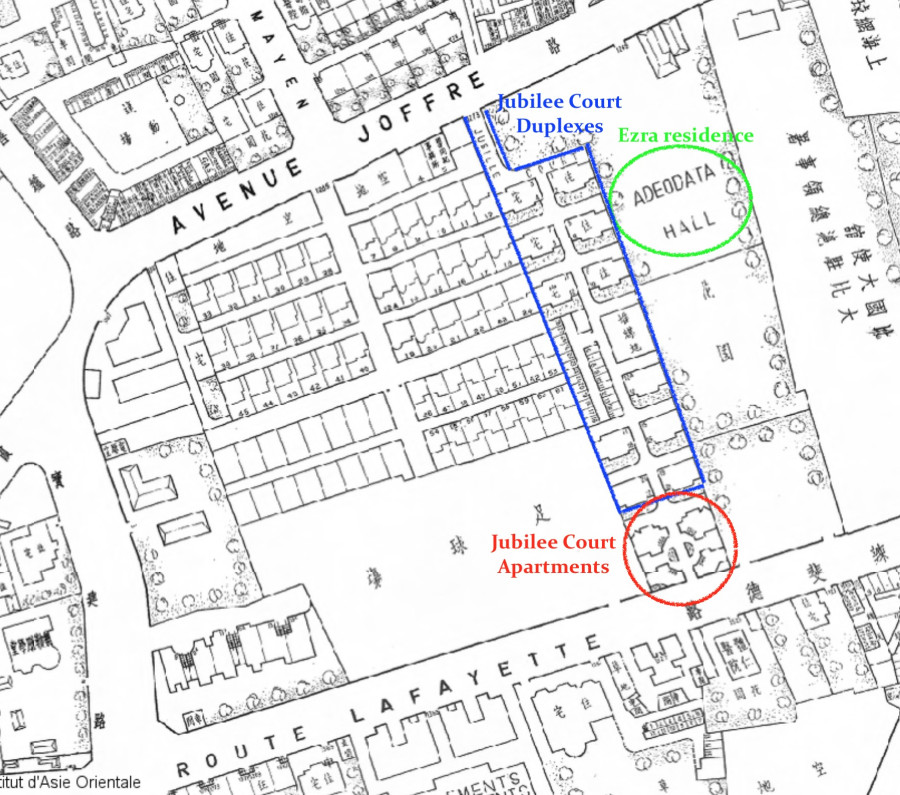 One of the houses soon after the completion: 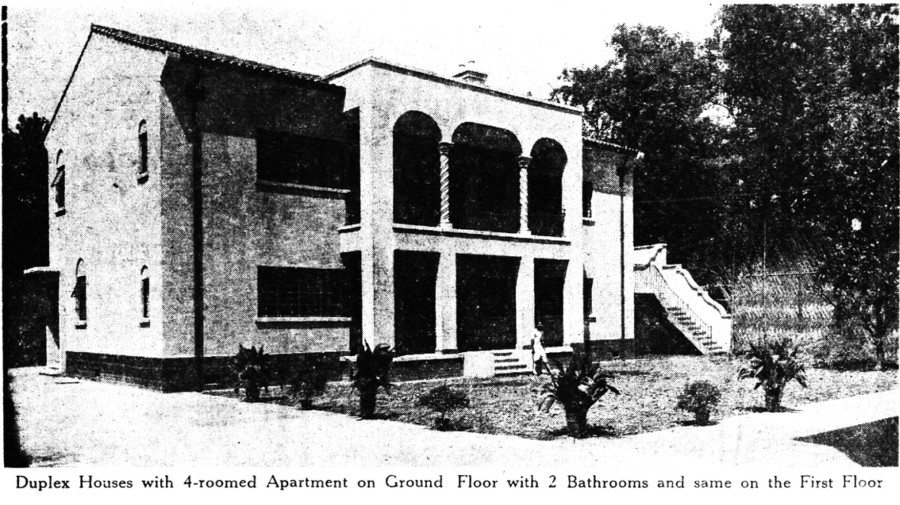 A couple of decades later: 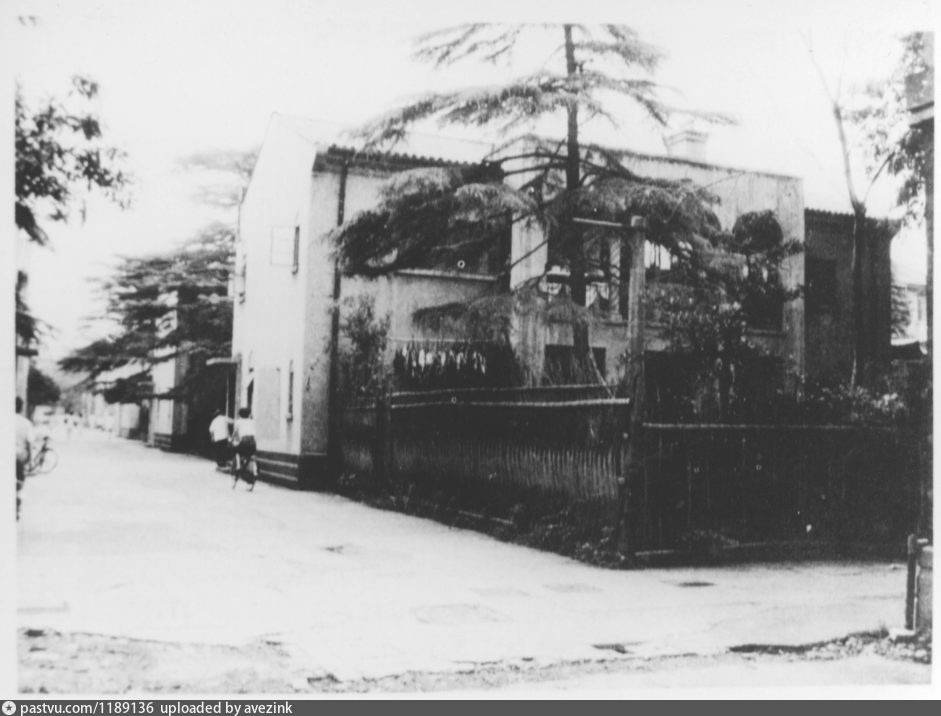 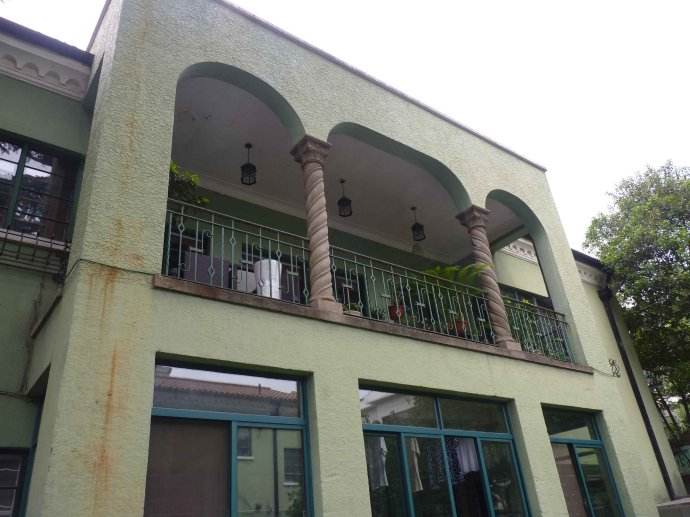 Interior of one of the duplexes: 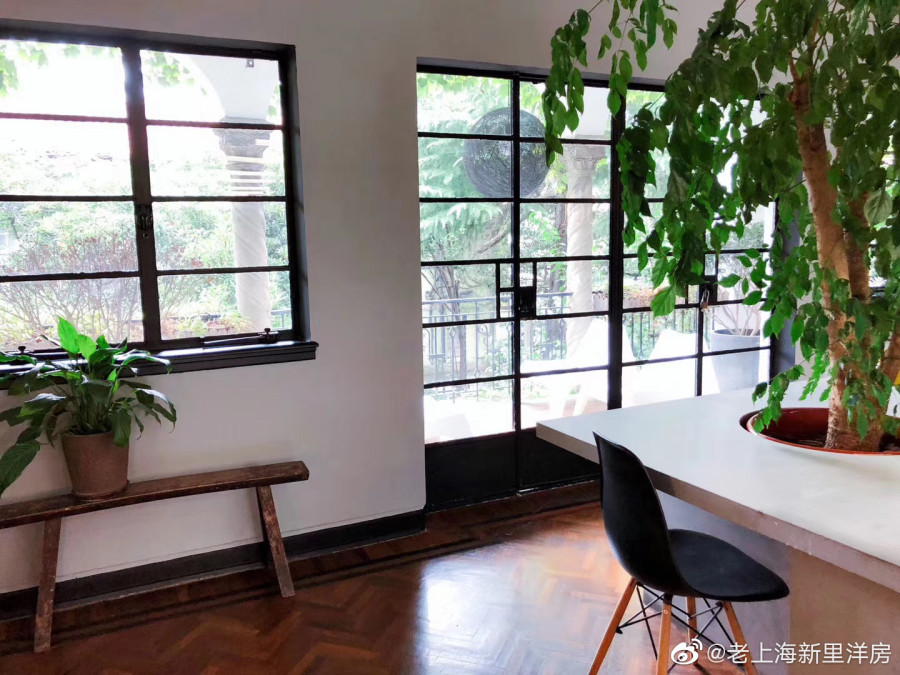 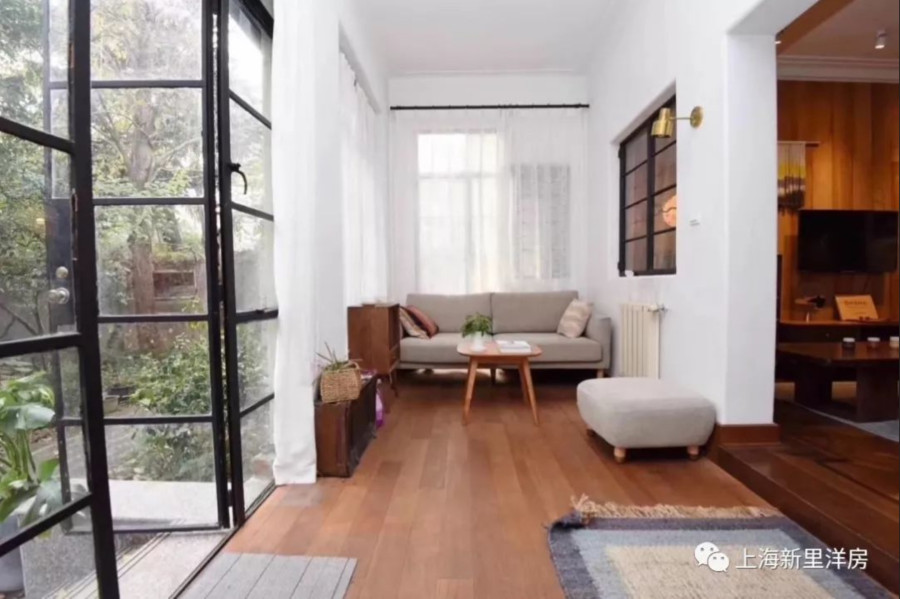 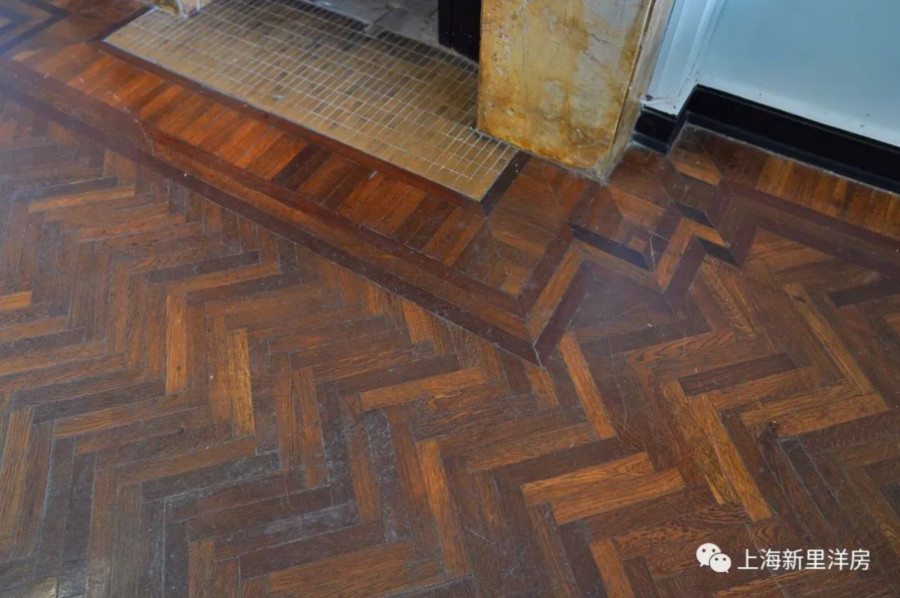 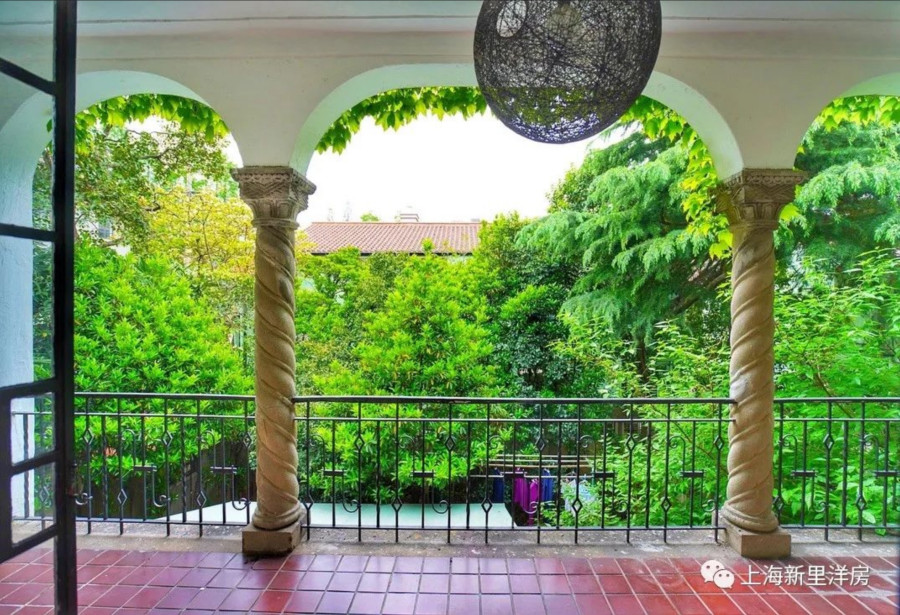 Stained glass in the windows: 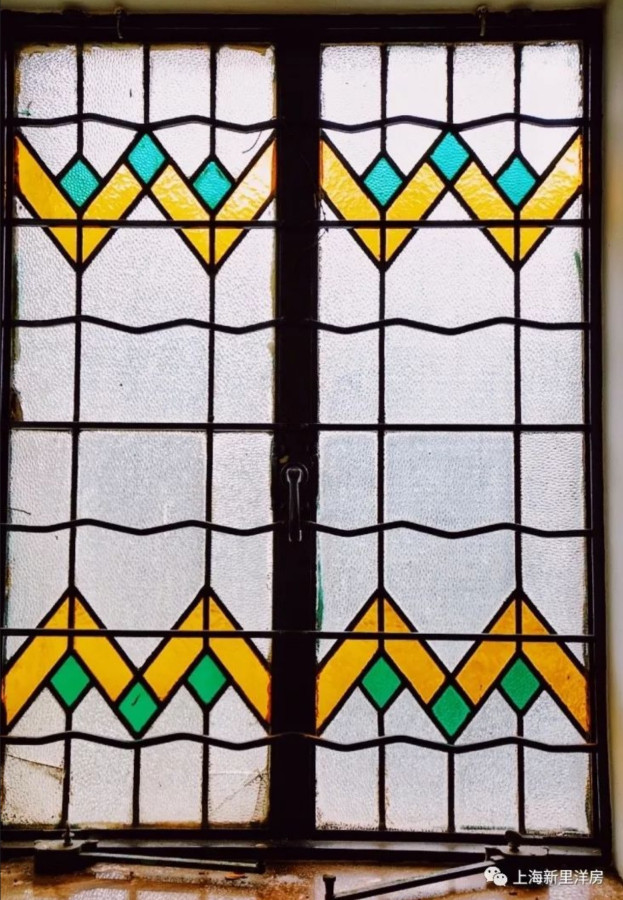 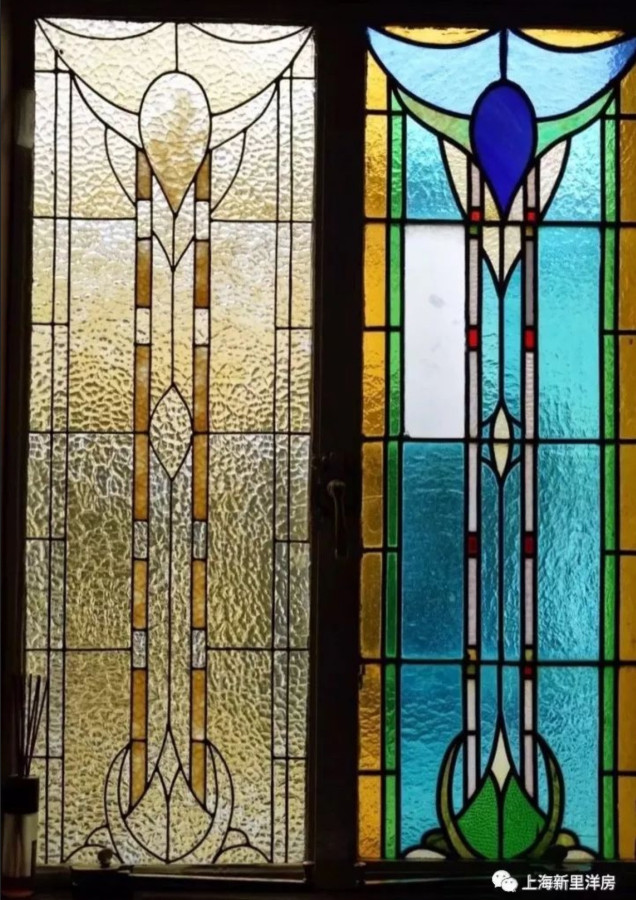 The source of the above images of the Jubilee Court Duplexes is this real estate promo, which had lots of other great photos.

On the first of October 1935, exactly 85 years ago, the four apartment houses in the southern part of the complex were finished, completing the development. The Jubilee Court Apartments, with the entrance on Rue Lafayette, had two-, three- and four- room flats, plus 35 garages. 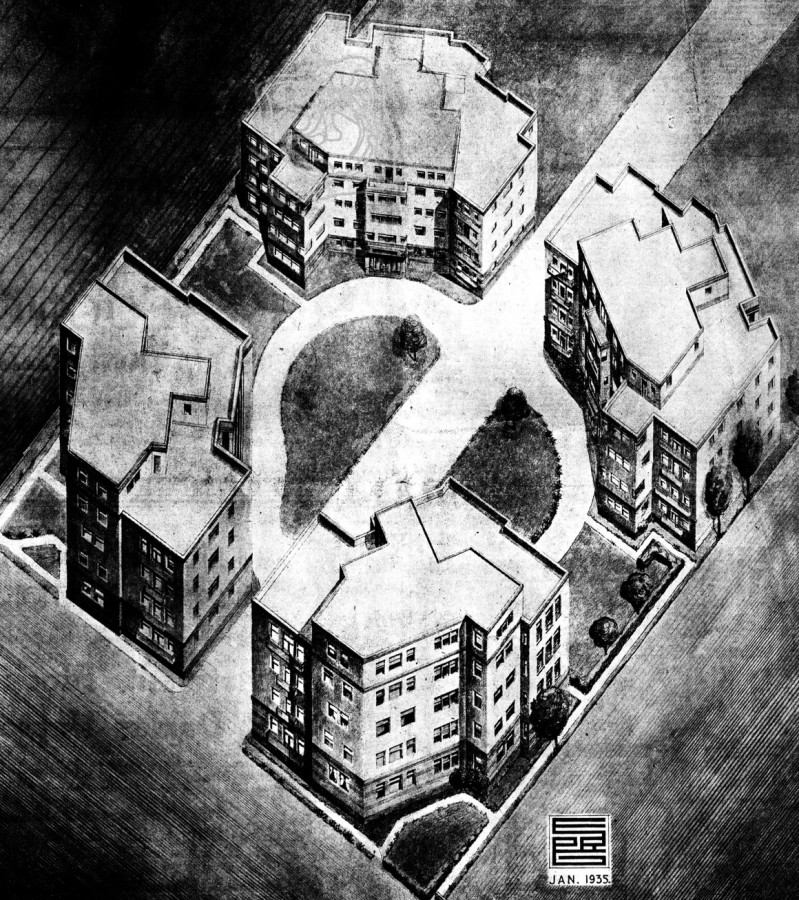 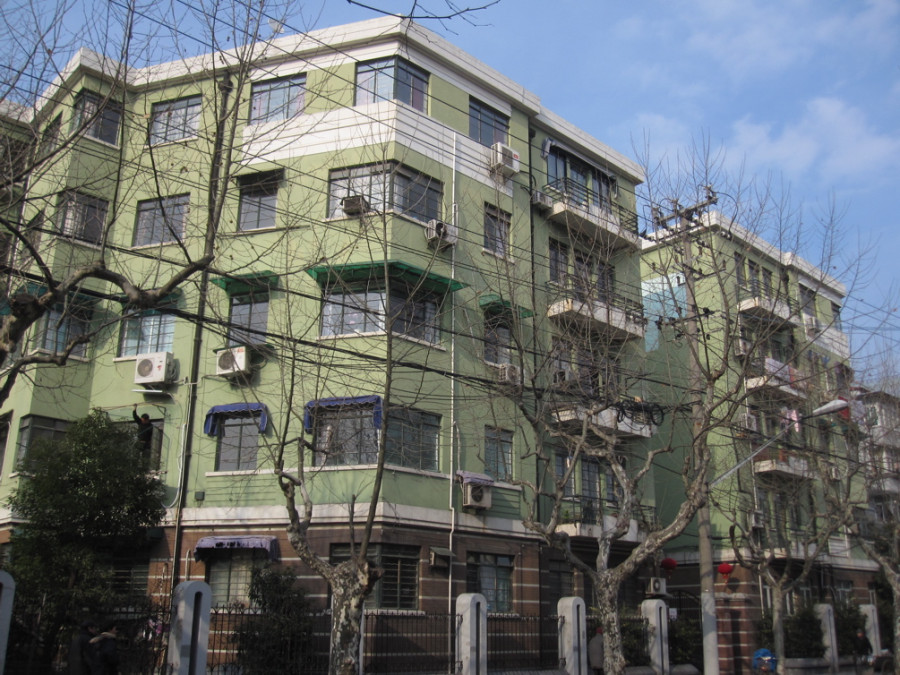 Look around the circle here.

[Spot the impostor!]
This aerial map from 1948 shows the Duplexes divided into two groups, 6 houses in the north and 5 in the south. The parking spaces for the residents were in the middle. In the year 2000, however, the empty space disappeared. Three new houses were inserted, stylized to blend in with the Jubilee Court architecture. 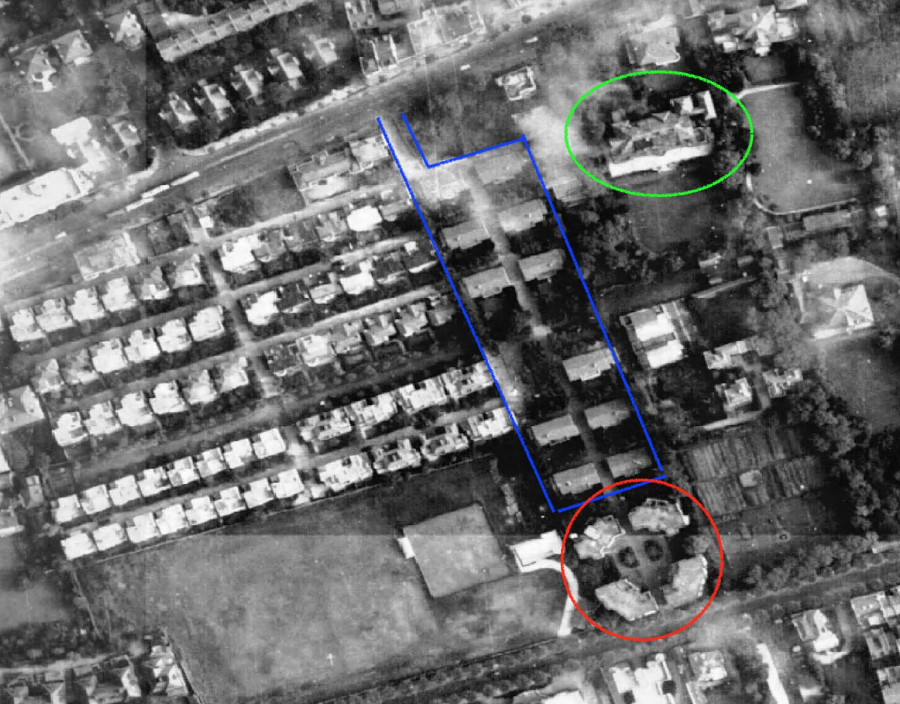 This pair is not old. Window frames and balcony grills, among other things, betray the age. 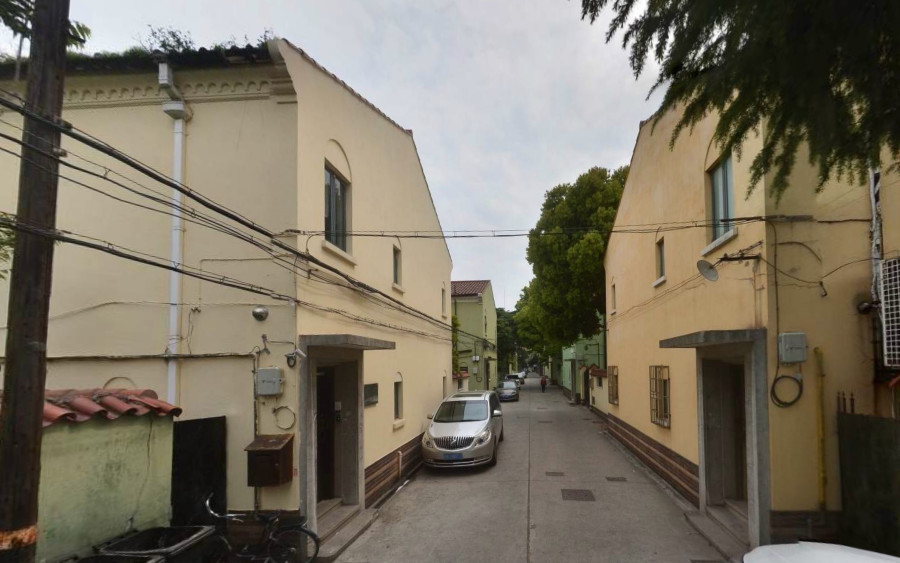 It is easy to see which of these "greens" is an authentic historic house, if you click on the picture and go to the street view: Both of these projects show that landscaping and greenery were one of the firm's strengths. There are grand palm trees in Sun Court and great tall larches in Jubilee Court.

Here is a list of the projects by Calatroni, Hsieh & Co. 开宜公司 – compiled to the best of my knowledge: 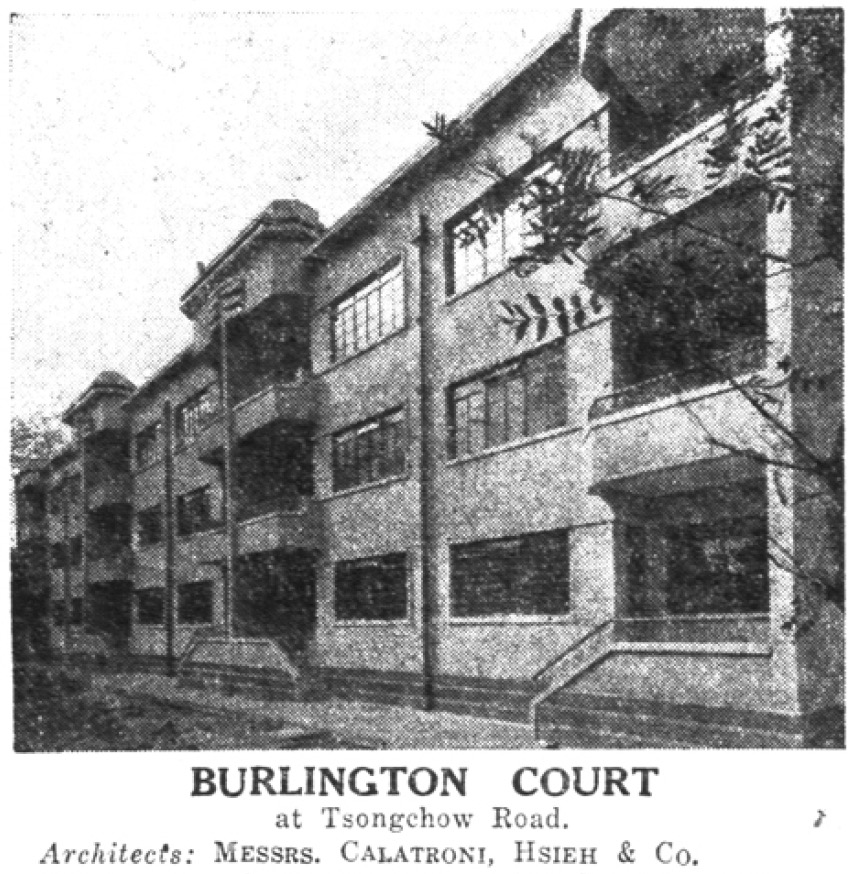