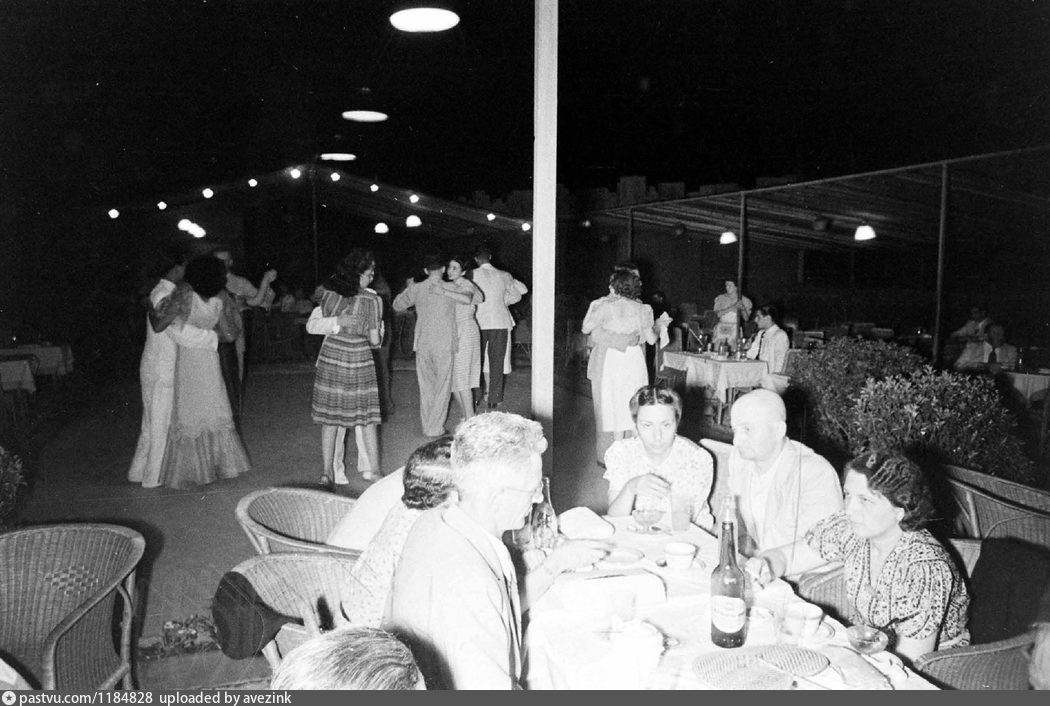 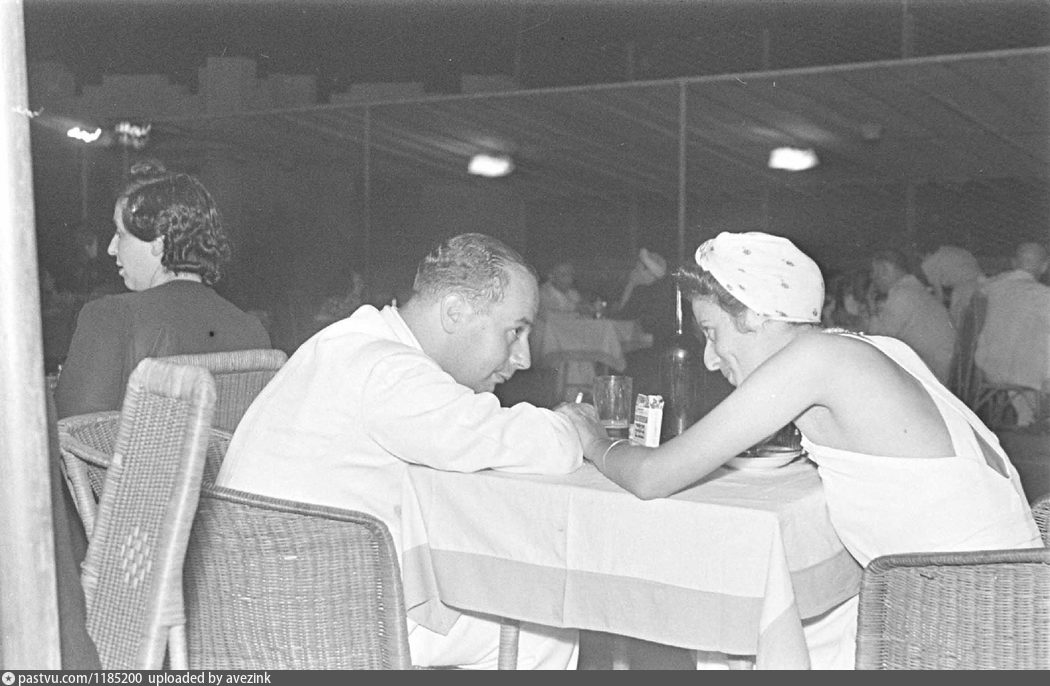 I thought these nocturnal photos from A. T. Hull, Jr.'s 1940 trip to Shanghai were taken in the garden of the Russian cabaret Arcadia, but 随意 pointed out the jagged roofline in the background. Indeed, this is the Mascot Roof Garden, on top of the Broadway Theatre in Hongkew. The elaborate ventilation shafts (?) were in the back of the building. The owner was Kurt Wendriner (c. 1895–?), an inn-keeper from Beuthen, who landed in Shanghai in 1939 [source].

The waitresses, photoraphed in 1940, have an "M" embroidered on their breast pockets: 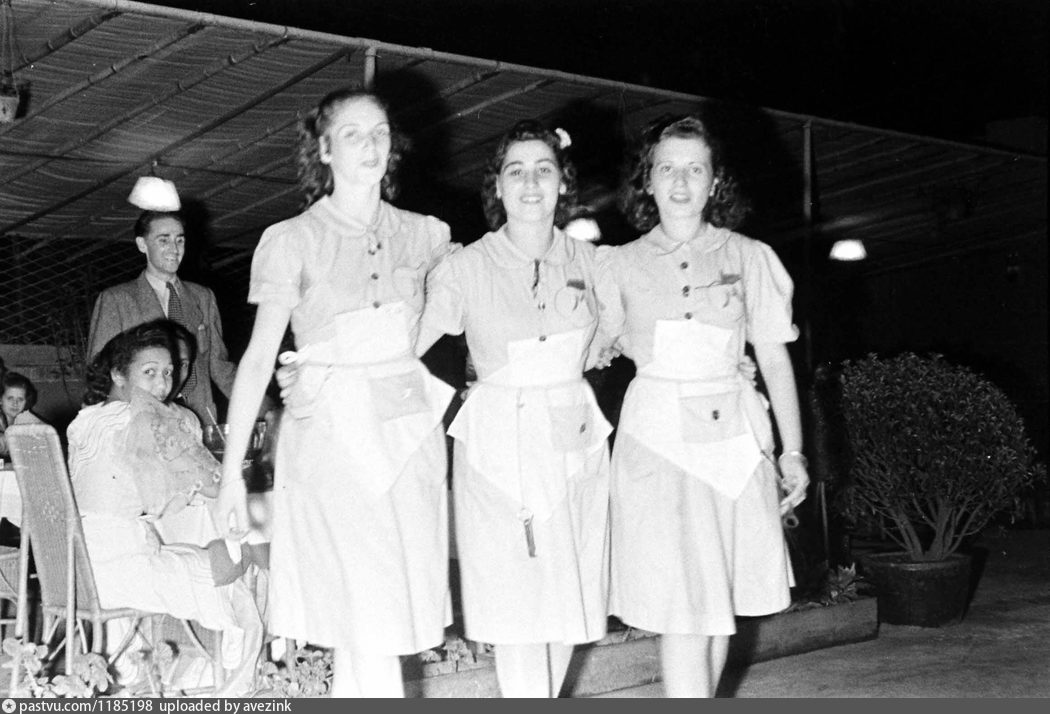 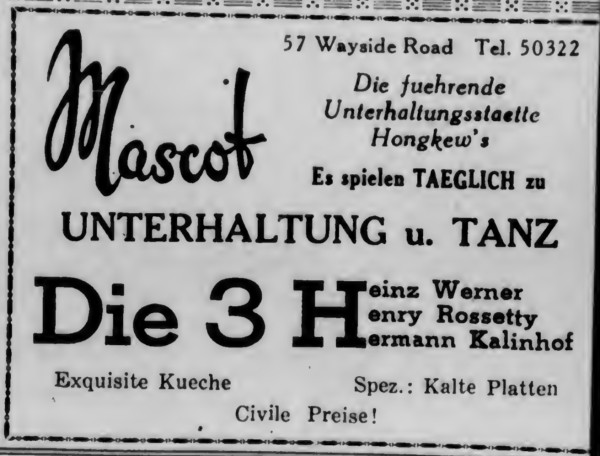 Here is the same place in 1944, referenced to as Roy's Roof Garden Cafe in Horst Eisfelder's memoir and photographs. The Ward Road Jail is in the background: 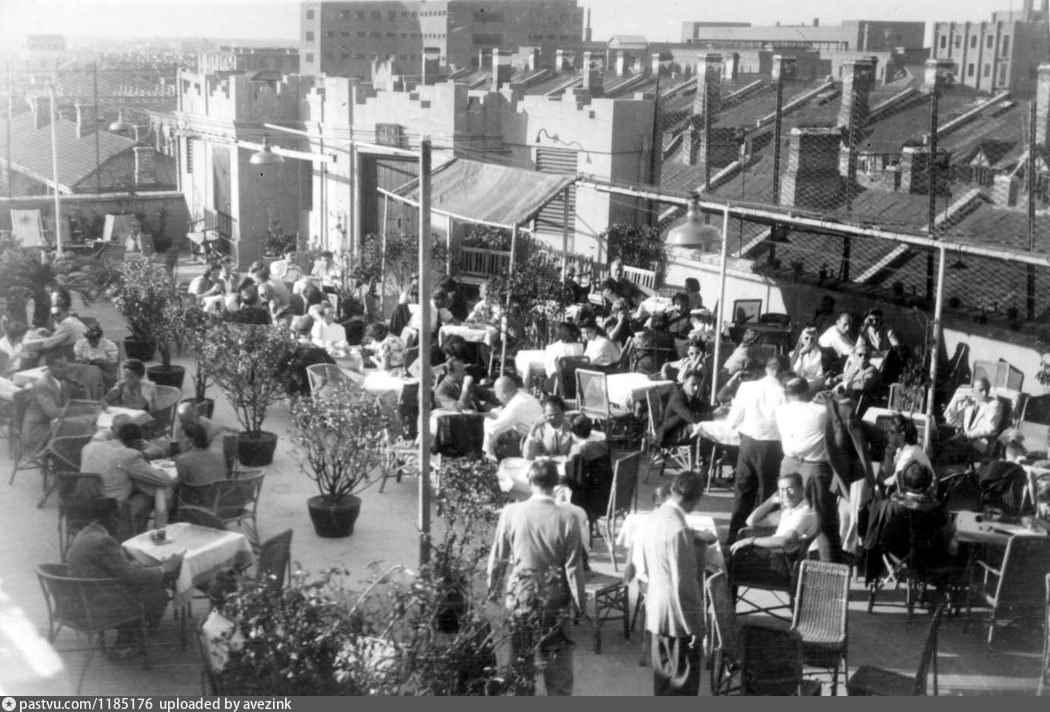 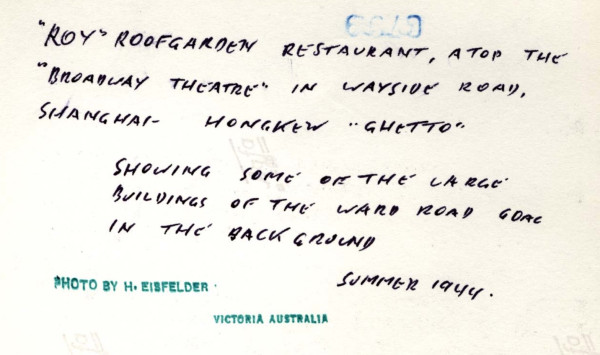 The Broadway Theatre – designed by Brandt & Rogers and built in 1930 – still stands at 57 Huoshan Road 霍山路57号, but there is no cafe on the roof anymore. 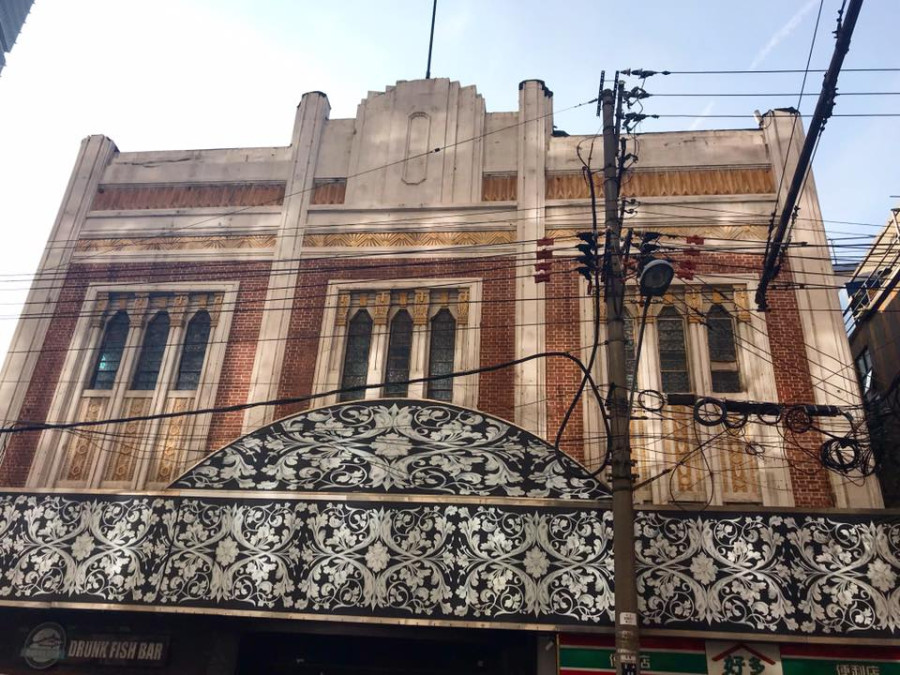