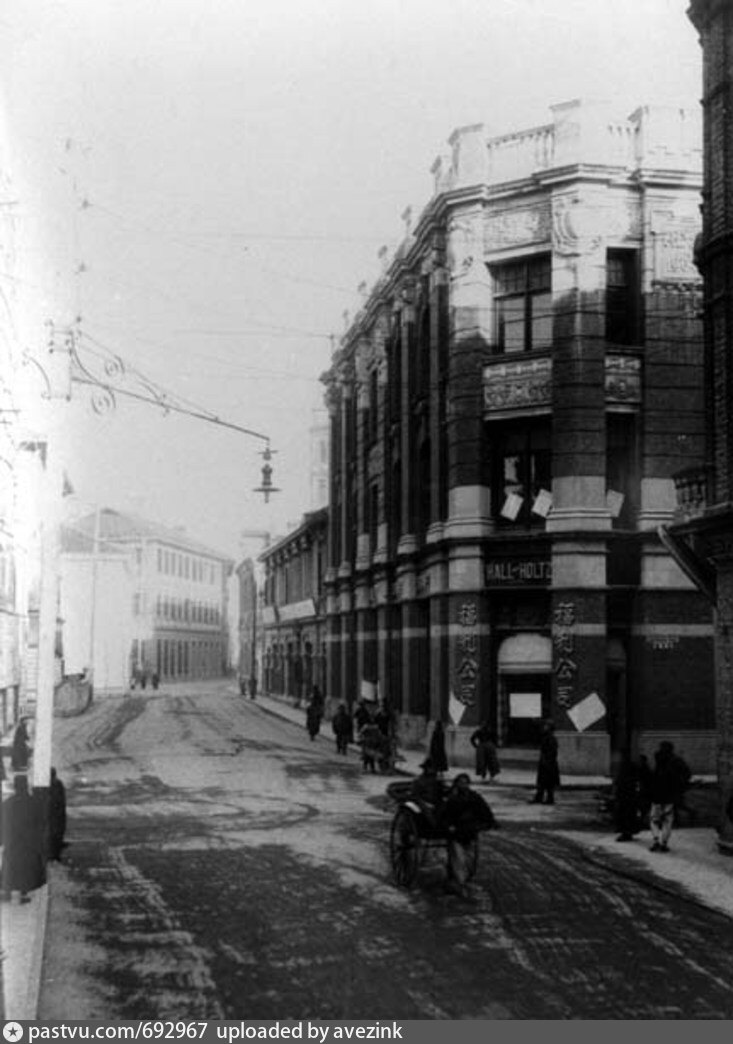 Built shortly after the turn of the 20th century, the Hall and Holtz building on the southeast corner of Nanking and Szechuen Roads "stood long enough to become something of a landmark." It is said that "years ago the Hall and Holtz store sold a fine leather saddle, but at the end of the month could not remember, who the purchaser had been. It was noted, however, that it was a saddle suitable only for a tall man. Subsequently, a dozen or more bills were sent to various tall customers. It is related they all paid." This memory was published in 1936, just before the demolition of the store began. A year later, the Liza Hardoon Building was erected on that spot. 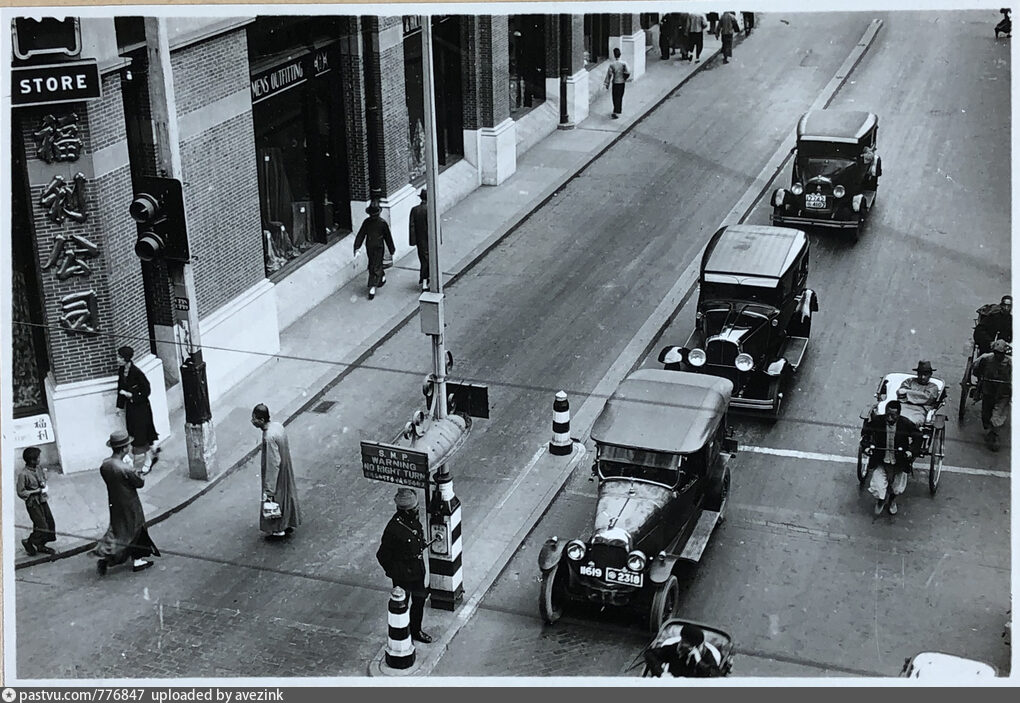