This caged prisoner was photographed c. 1910, most likely in the old town of Shanghai: 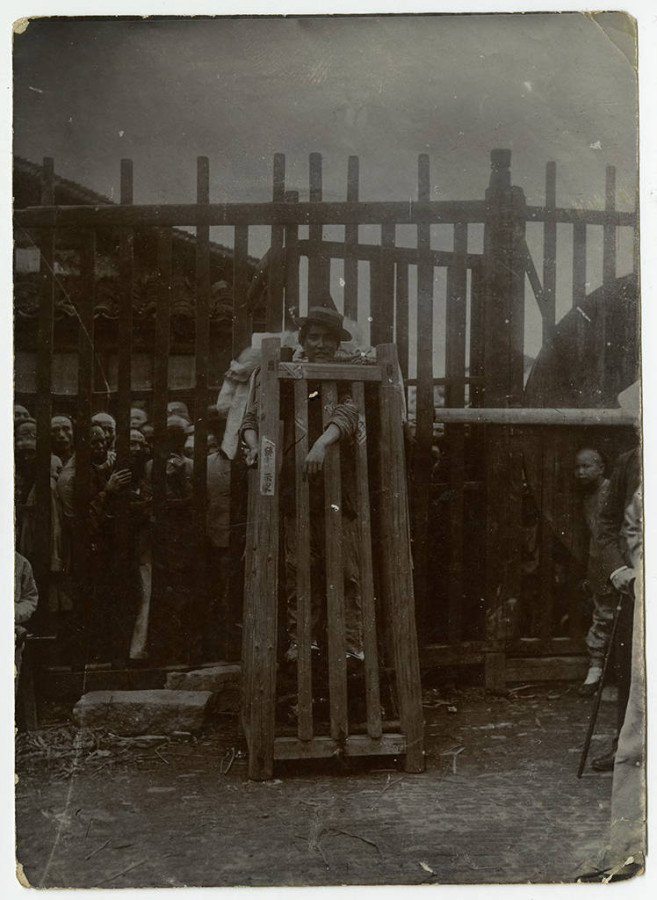 The prisoner's face is so alert and calm that the shot feels staged – or it has not been long since the punishment began. The bowler hat on his head probably belongs to the photographer or one of his friends, who are partially visible on the right side of the image. There is a man in a dark jacket and light-colored pants and another man in dark pants and leather boots, leaning on a walking cane. (Behind them a boy is peeking cautiously.)

The prisoner's face seems familiar – could he be the same person as in this shot by Francis E. Stafford, dated between 1908 and 1911? 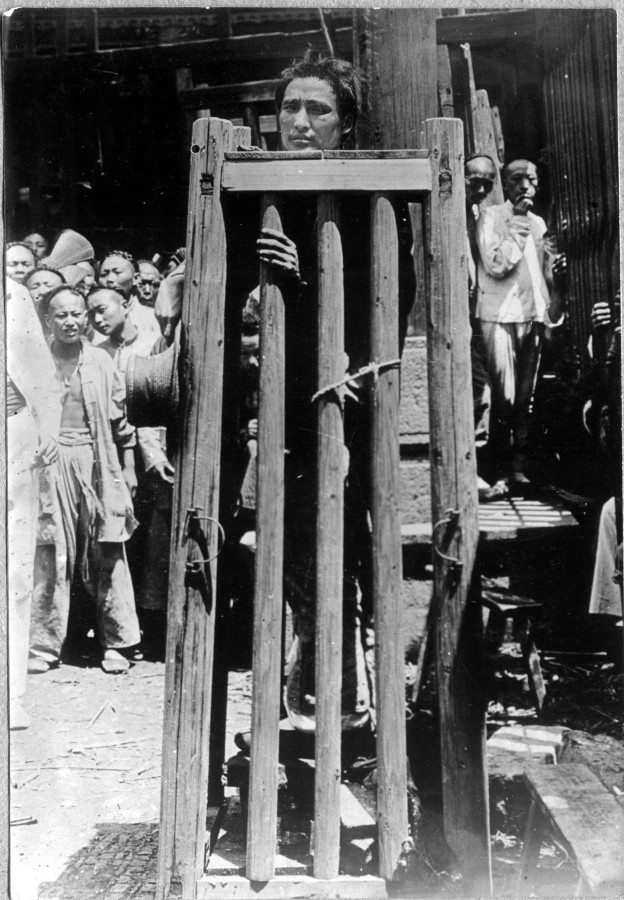 The location seems the same: a brick-paved courtyard strewn with hay, the cage pushed against the tall fence, stone slabs scattered under the fence, two wooden benches next to the slabs (in the top photo, someone is sitting on one of the benches). But the photos are taken at different hours, and possibly on different days: the top photo looks overcast, while the bottom photo has bright sunlight. The perspective in the second photo is foreshortened, making the wooden post appear next to the prisoner's head, when in reality the post is way in the background.

Could it be that the photographers of the top shot returned the next day and took more photographs of their subject, who was by then in a much more miserable state (but better lit)?

Another shot, dated by September 1904, shows cynical western tourists, posing with a different prisoner. The westerner on the right wears the same kind of bowler hat as is seen in the top image. There are three straight canes and two knobbly ones in the frame. 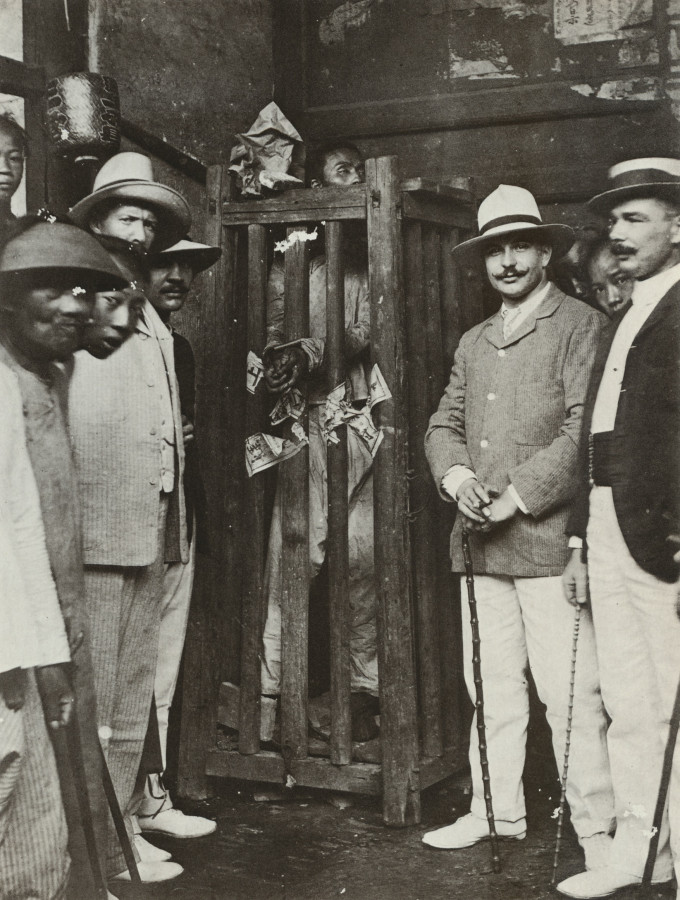