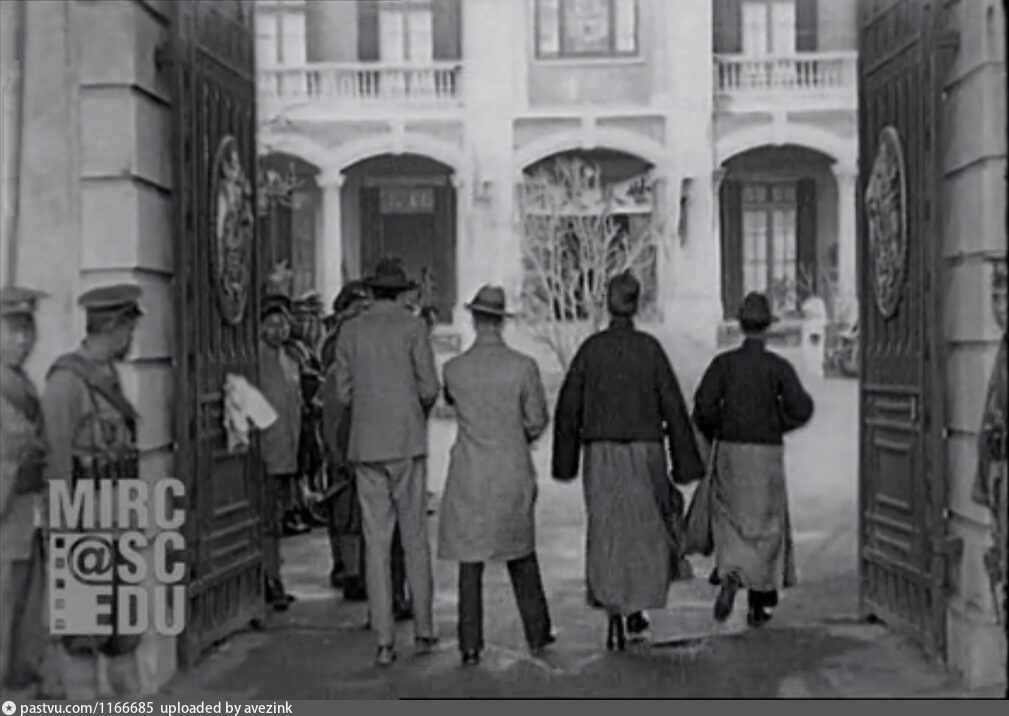 This short video from April 1927 shows a visit of foreign consuls to the Bureau of the Foreign Affairs (驻沪江苏交涉公署, or 外交部). Its old address was "1 Government Road," or "south end of Route Ghisi, Chinese territory, just behind the bridge over Chaochia Creek."

The five consuls came to hand in the notes expressing the outrage with the actions of Nationalist forces in Nanking in March. After the unpleasant meeting, the General Bai Chongxi is filmed standing on the porch. The camera stays on his face uncomfortably long, and his smile slowly disappears: 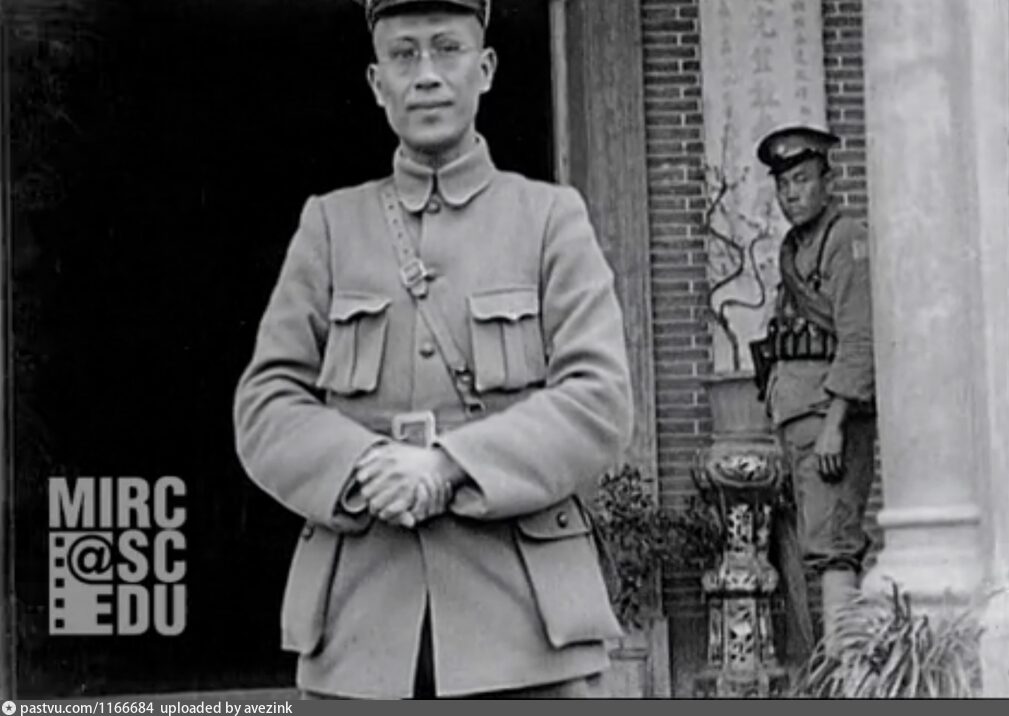 [Check what happened to the building...]

This map published in 1924 shows the site of Bureau, south of Route Ghisi: 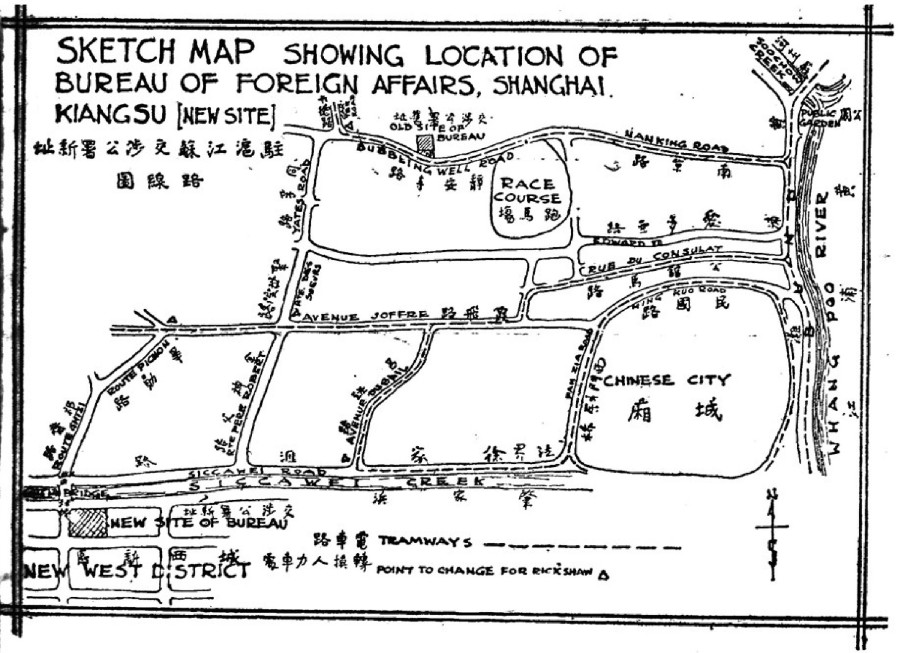 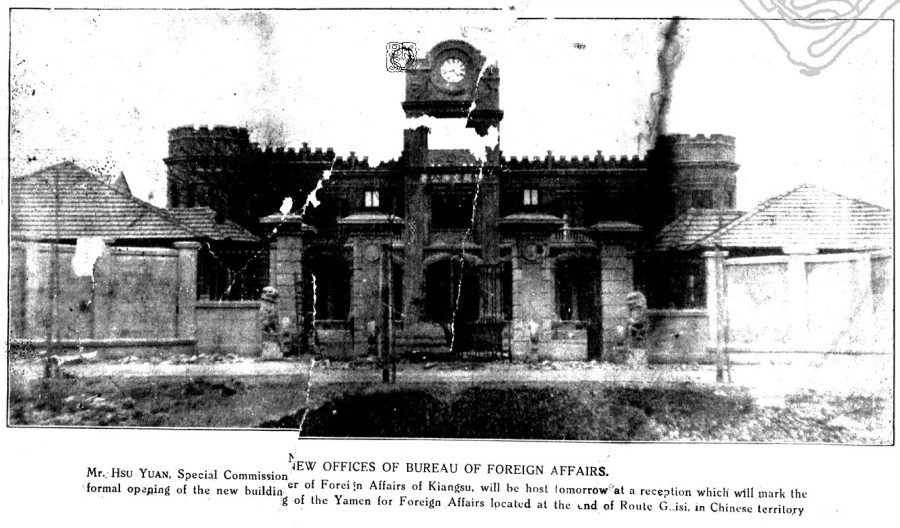 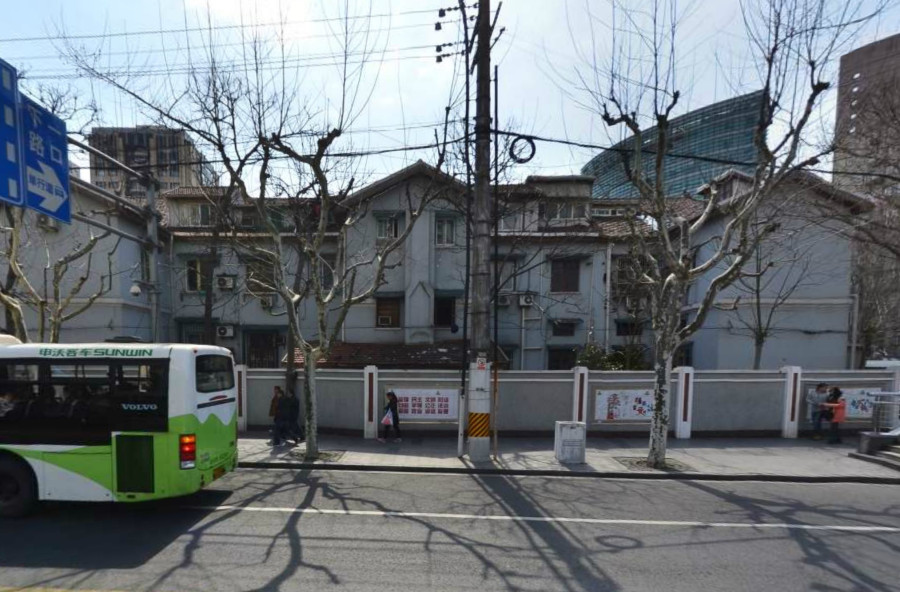 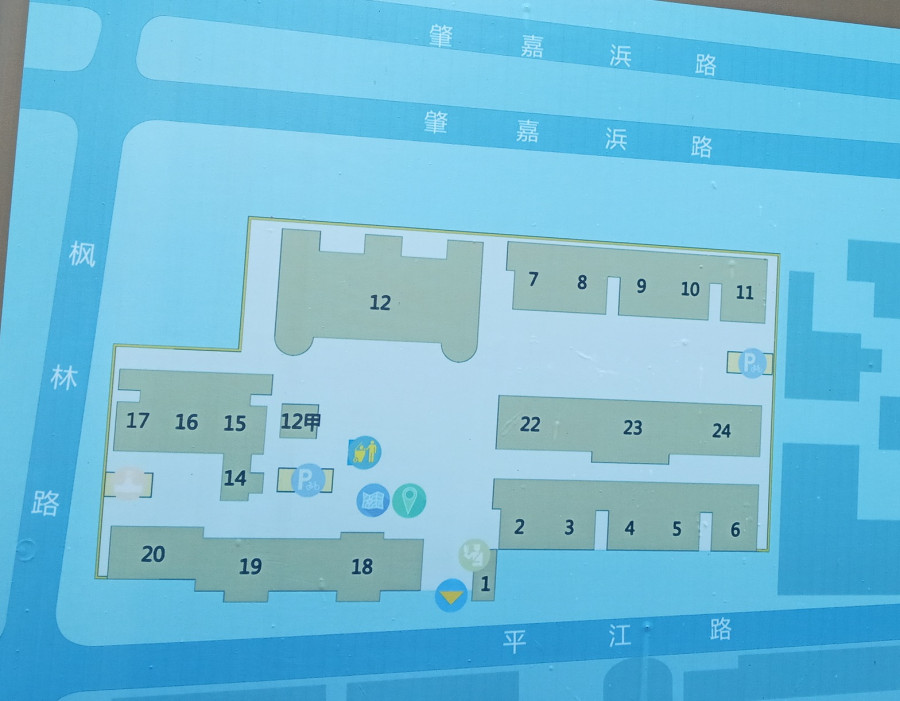 This is the rounded porch where the general stood! 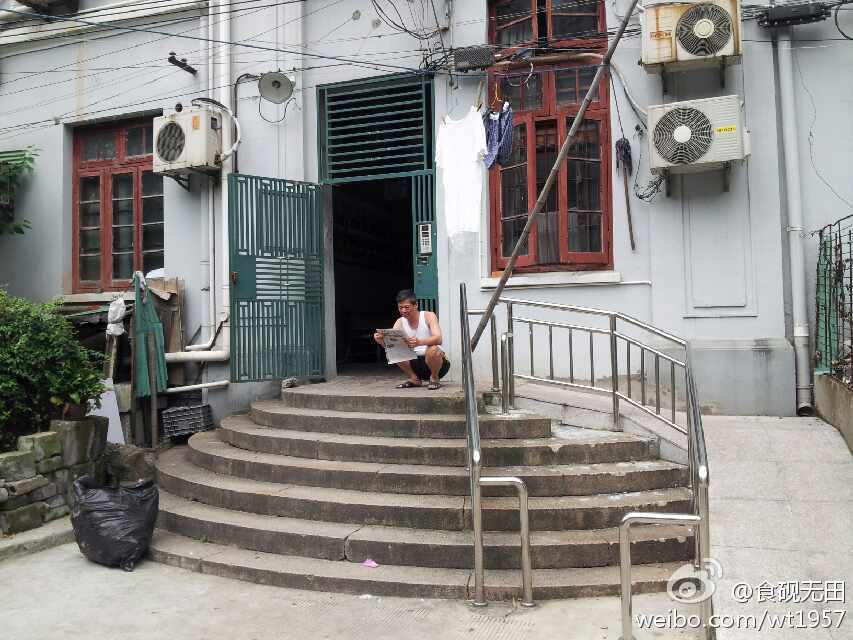 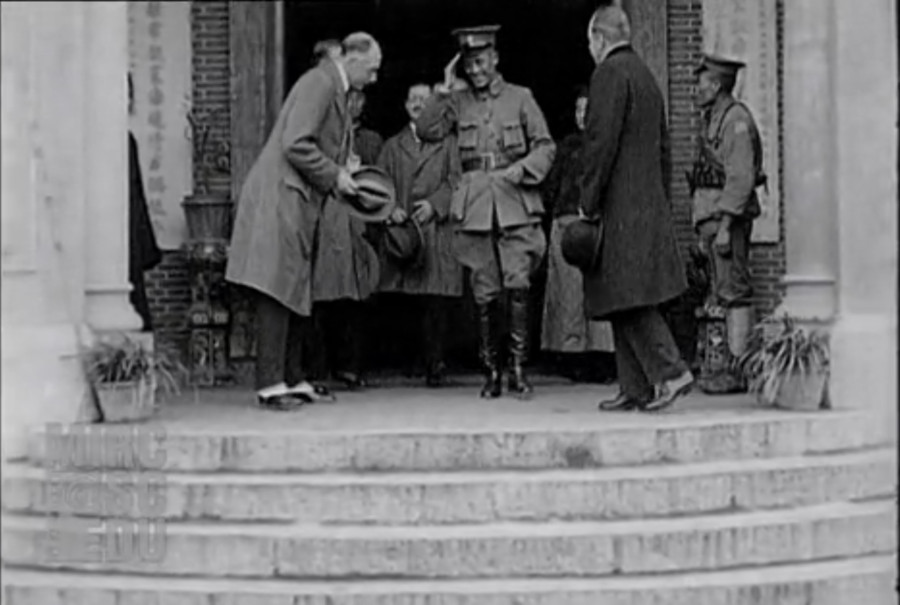