This was published in Shanghai Times on August 2, 1943, illustrated by a picture of trams passing the Cathay Hotel (public transport working normally was a big thing).

CITY CELEBRATES RETROCESSION
In a jubilant manner, the millions of Shanghai residents are celebrating the return of the foreign concessions here, and are looking forward to a new era of national prosperity. The city's streets are replete with banners of many hues, while most prominent are the gaily decorated arches which have been erected at important road crossings. One of the impressive arches is seen in the above photo as it stands facing the Bund on Nanking Road. 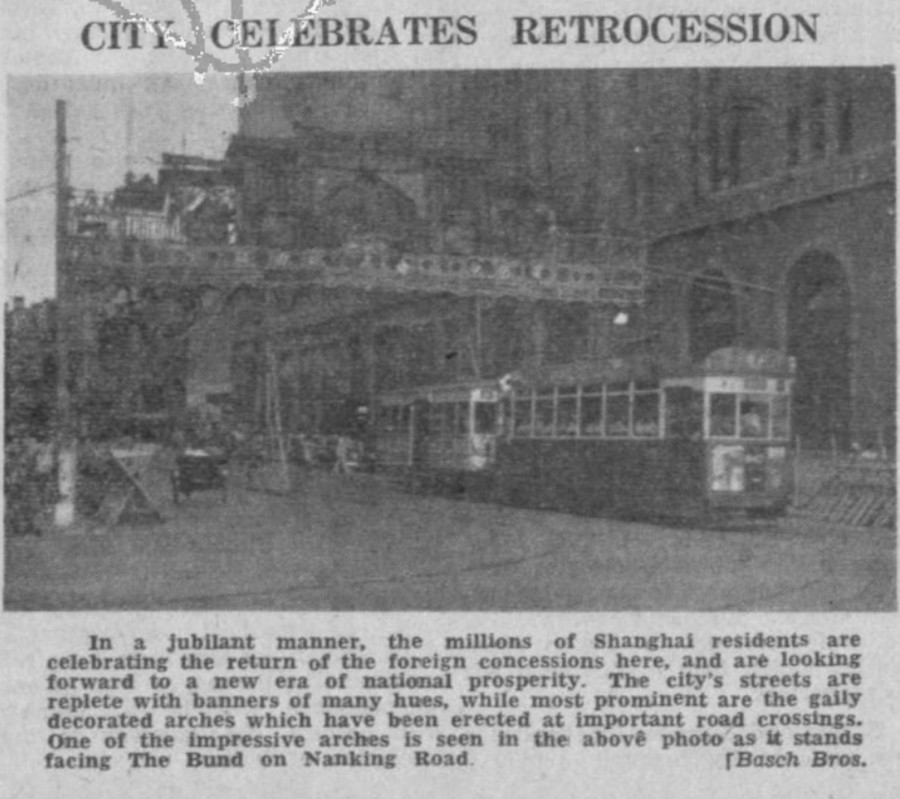 All the keywords of occupation-era propaganda are present: "prosperity," "looking forward," "jubilant manner." Notice any difference from today's Chinese media English? I don't. The makeshift arch is indeed in the picture, as well as the crowd control barriers, but the celebrating millions appear to be hiding in the pixels. Such arches were erected to celebrate Japanese victories in China and abroad, such as Singapore's fall the year prior. 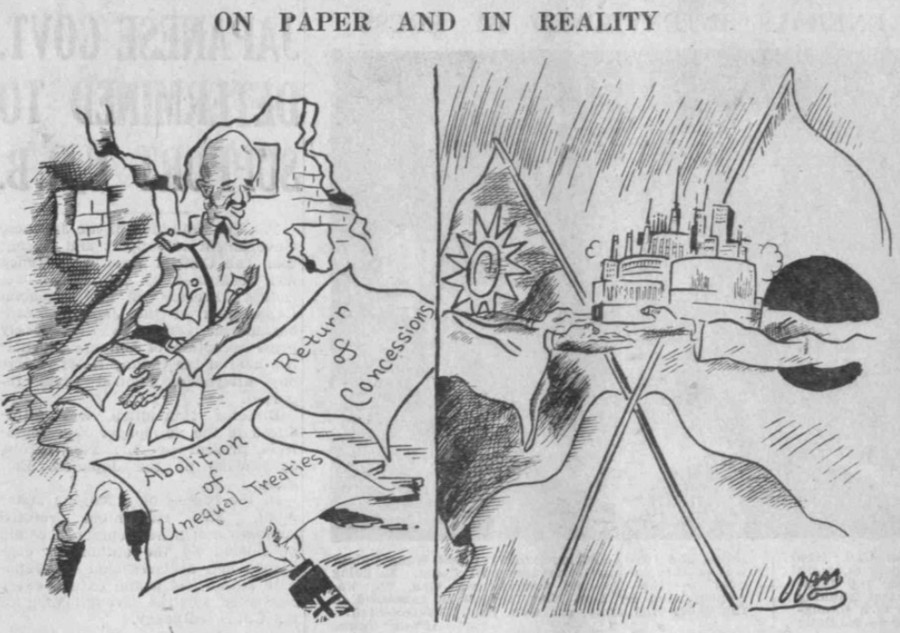