Some time ago I wrote about the architect Ilarion Tomashevsky and his projects in Shanghai. Today, I was finally able to verify the location of the mystery villa described in the December 1941 issue of the Shanghai Sunday Times. The beige and black marble fireplace, recessed lighting, the modernist murals by Victor Podgoursky, walnut wood paneling and peach parquet, an English-style reading room with floor-to-ceiling built-in bookcases, a spiral staircase in the back... All the chic and comfort of high modernism!

The building stands at 274 Wukang Road 武康路274号, and is known as the residence of the General Zheng Dongguo 郑洞国旧居. The Chinese sources say the hero of the anti-Japanese campaigns lived here in 1950–1952, but a telephone directory confirms he was a resident already in 1947.

Who was the original owner, for whom the residence was built in 1941? I haven't yet found out.

The side windows used to be flush with the corners of the buildings, but evidently were replaced pretty soon after the completion. Too drafty? The balcony above the porch with cool rounded edges has been turned into a "conservatory" (or rather, an abomination). 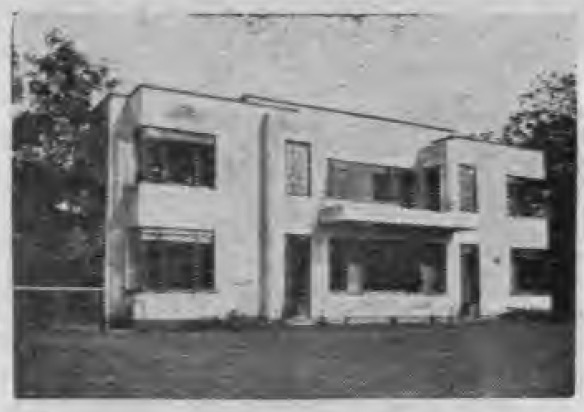