This building was once a family-run hotel, called the Chelsea House. Located on a prime spot on Bubbling Well Road, it was set back from the street and had a nice garden in front. After the boarding house closed in October 1932, the building stood vacant for almost a year. 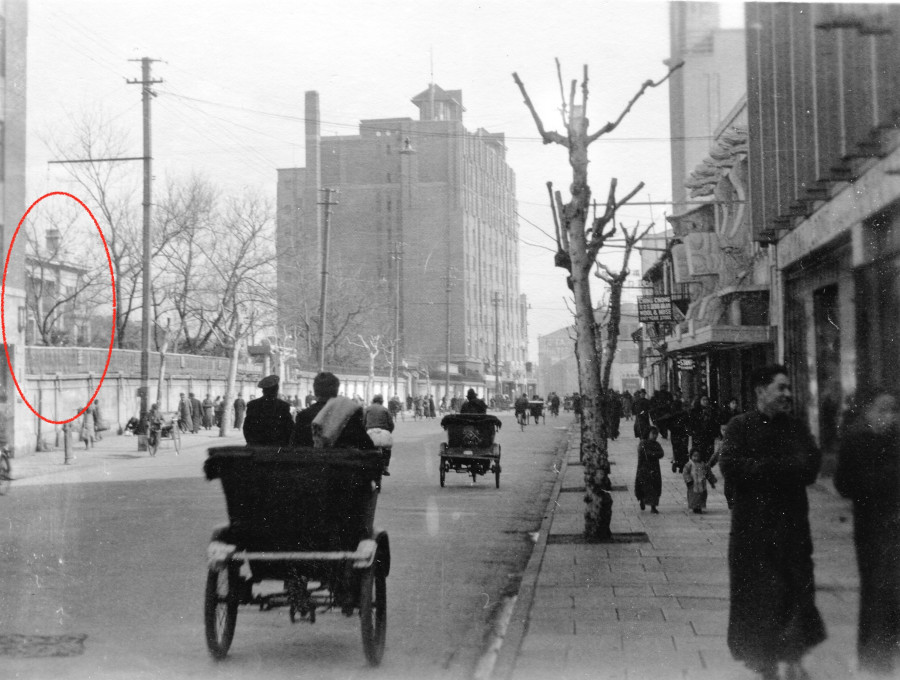 On September 22, 1933, after a typhoon, the managing company Brandt & Rogers sent a caretaker to check for the damage or flooding in the building. Once inside, the caretaker was struck by a horrible smell. He went upstairs and then to the attic. There he found a decomposing corpse of a foreigner. Dressed in a dark-blue suit and a well-tailored dark-green overcoat, with his hat still on, the man was lying in a sleeping position. He had been dead for months.

The police established that the deceased was an Australian named Arthur Joseph Pratt, aged 56. He was retired from his job as an inspector at the Shanghai Public Works Department, where he worked for 18 years. His last residence was the Embassy Hotel, located on the same block, at 7 Carter Road.

In his final months, Pratt was alone. His wife had left and moved back to Australia. In December 1932, Pratt was found semi-conscious in his room in the Embassy Hotel. Attempted suicide by poisoning was later ruled out in favor of a stroke. A month later, Pratt checked into the Paulun Hospital again. And then he went missing. The last person to see him, on February 5, was his friend G. H. Burns who thought Pratt looked distracted and "not quite there." Worried, Burns tried to see Pratt at the Embassy Hotel, but the desk staff said the tenant had gone out.

"In the pockets were found two $5 notes, one $10 note, some small change, a box of cigarettes, a cigarette case, a tobacco pouch, a pair of spectacles, a bunch of keys, several personal cards, a small bottle of medicine, a personal letter and a cablegram from Mr. Pratt's daughter Inez in Johnstown, Australia, urgently requesting 150 pounds."

Why did Pratt go to sleep in the attic of a vacant house next door to his hotel? Perhaps, it felt like home. The Pratt couple had lived in the Chelsea House for years, and Mrs. Pratt was the manager of that boarding house. When she closed the business and left China, it all went downhill for Mr. Pratt. The police thought Pratt came to seek warmth, but had forgotten the heating was off.

"Highly respected by his employees, employers and associates, Mr. Pratt was known as a quiet, unbtrusive, industrious man, efficient in his work, but very reserved, a man who had few intimate friends. A member of a few clubs, he moderately enjoyed gambling on the races and dogs, and speculated at times. He was not a drinker in the sense of being a victim of the habit. It was believed that he lost considerable money on the fall race meeting in 1932." The police established Pratt had been drinking heavier than usual before his disappearance. The investigation concluded: "no foul play here."

The remains of A. J. Pratt were buried at the Hungjao Road Cemetery. His friend Burns and other colleagues from the PWD attended the belated funeral. So ends the story of a lonely ghost. 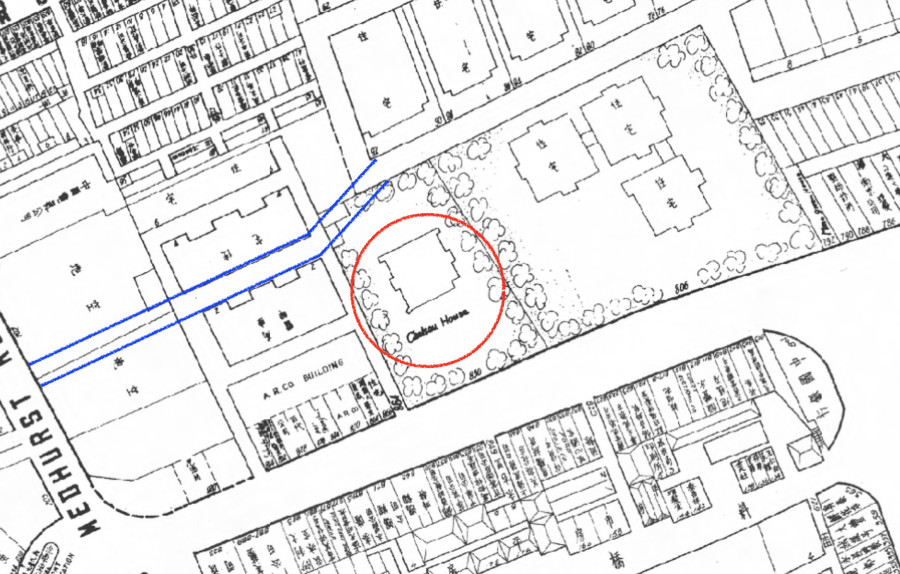 The Chelsea House was soon operating again as a foreign-run boarding house. After the war, it blossomed as an entertainment complex South Sea Garden 南海花园, with a Sichuan restaurant and a variety of fun establishments on the premises. Fengxian Road 奉贤路 was extended west and now skirts the back of the building. Renumbered No. 1 Lane 860 West Nanjing Road 南京西路860弄1号, the haunted Chelsea House now has an extra floor where the attic used to be. It is home to a pingtan 评弹 company, unless there's been a change. A few years ago, I went to see a radio concert there. 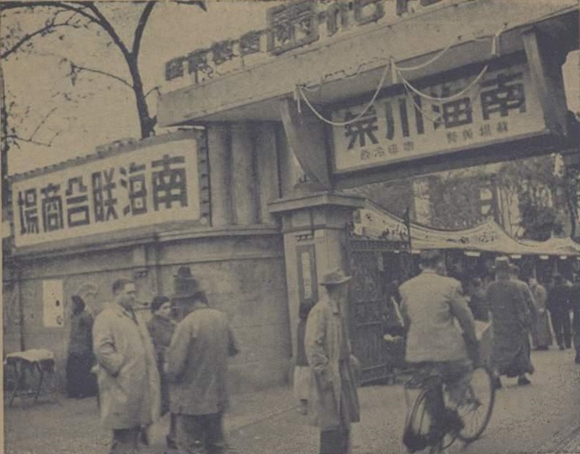 Entrance to the Chelsea House converted to an entertainment complex. Image source.

Source of the top image: http://blog.sina.com.cn/s/blog_c6ffb94c0102xceu.html