This is a re-edit of the 4th of July FB post, which led to an interesting discussion with the experts.

At different times, the US Consulate General in Shanghai was located in different buildings. Here is a survey of its locations – some of which remained designs on paper.

This image is a tough one. It either shows the 1889–1901 location on Kiukiang Road, or the 36 Whangpoo Road location used afterwards: 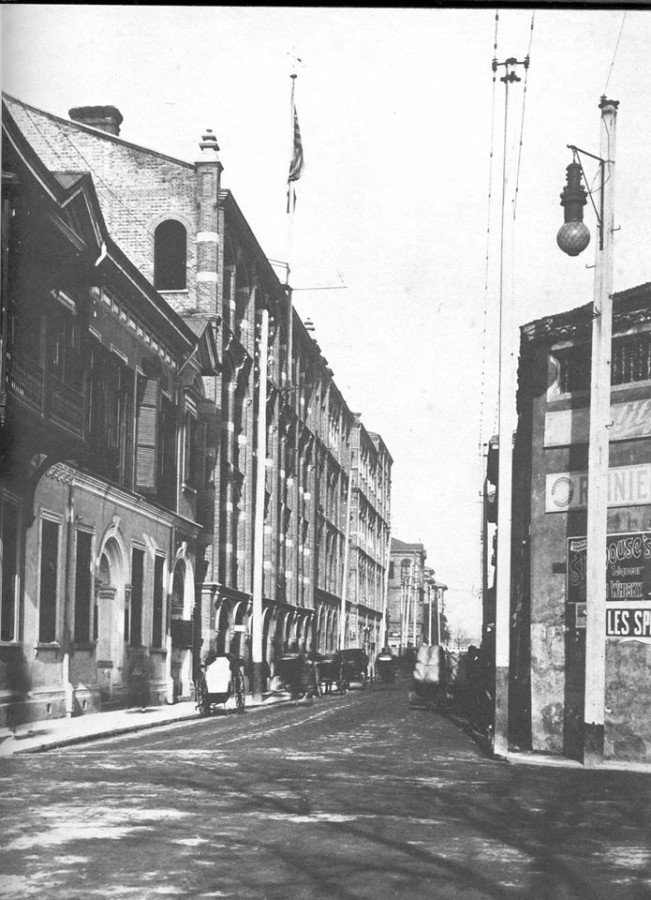 The US Consulate in the "Consulate Row" on the northern bank of the Whangpoo, where it moved in 1911: 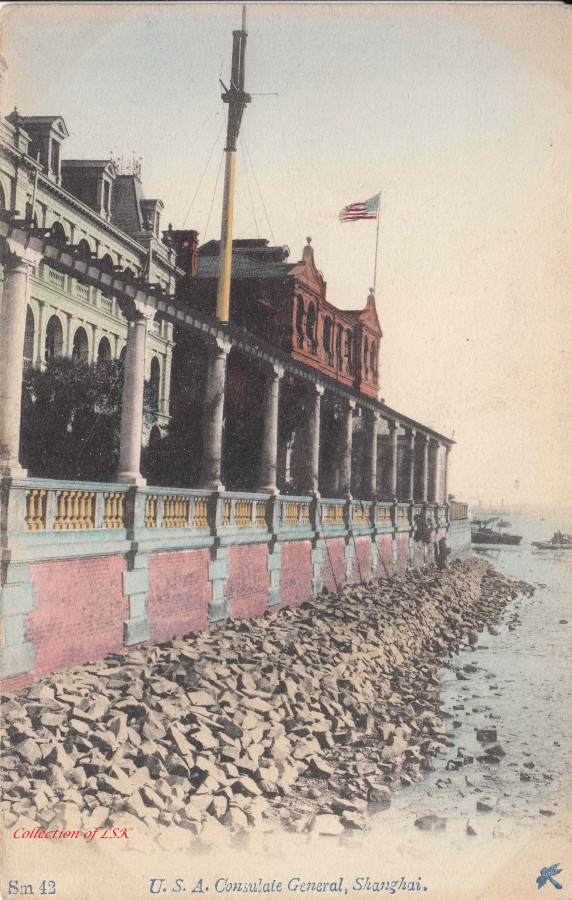 [See more pictures...]
The German Church, two buildings of the German Consulate, the American one, and the Japanese one in the distance: There has been some rebuilding, evidently, and the triangular gables on both sides of the facade were removed: This is the total proposed by the architect R. A. Curry in 1926: 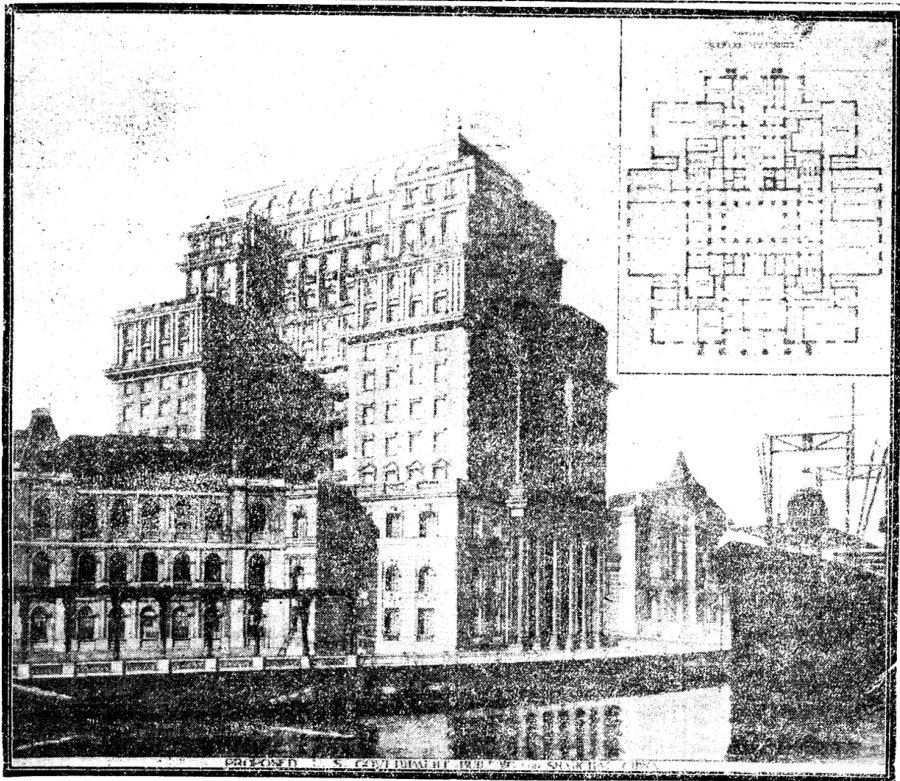 And here is what Elliott Hazzard got the green light for, in 1935. But then – the inflation, Chinese war preparations, quotas on materials, projects downsizing... 1948, in the Development Building: 1949, Glen Line Building. Celebrating the 4th no matter what! 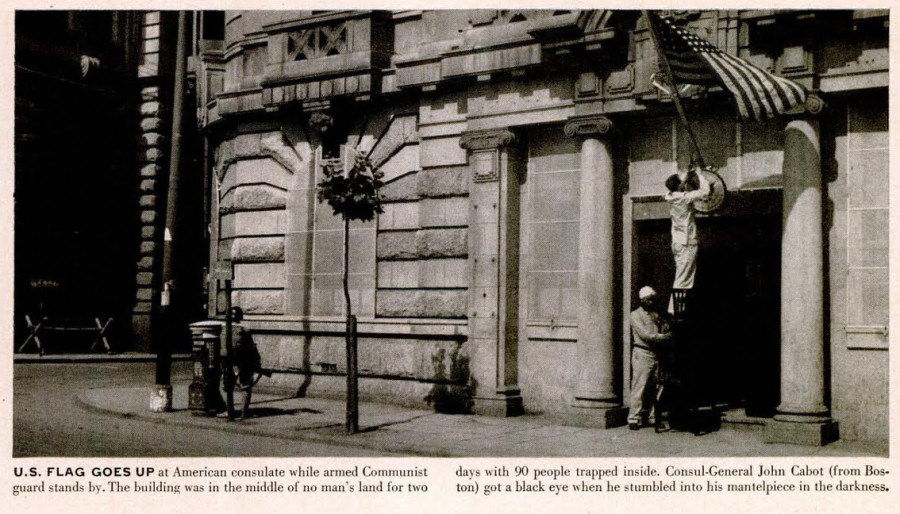 1980s, at its present site on Middle Huaihai Road: 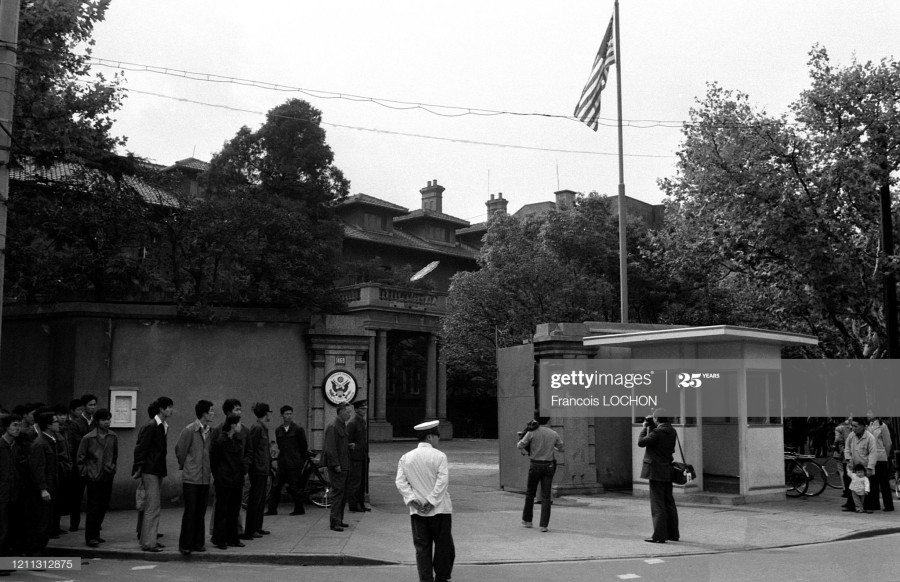