Yesterday's publication about the Midget Apartments put under scrutiny the common understanding that Leonard, Veysseyre & Kruze designed the building. This attribution has wormed its way onto the heritage plaque on the facade: 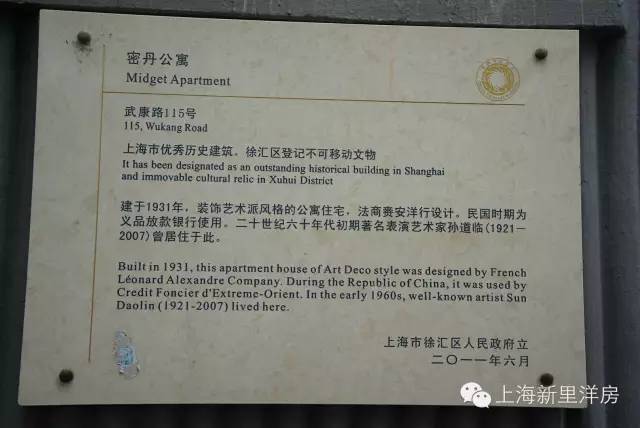 From looking at the primary sources, the only links between the Midget Apartments with the LVK are:
1) These architects designed many buildings for the French company Fonciere et Immobiliere de Chine (Foncim), which is often confused with the Belgian company Credit Foncier d'Extreme-Orient;
2) A. Kruze lived in the "artist's studio" on the top floor, and we know that these three architects liked to live in their own creations.

This visual guide to the some of the works by LVK was published in the Bastille Day issue of Le Journal de Shanghai in 1934 (see the closeup). It lists 61 works, and the Midget is not among them. Similarly, a list of major LVK works published in the China Press in July 1935 makes no mention of the Midget either. 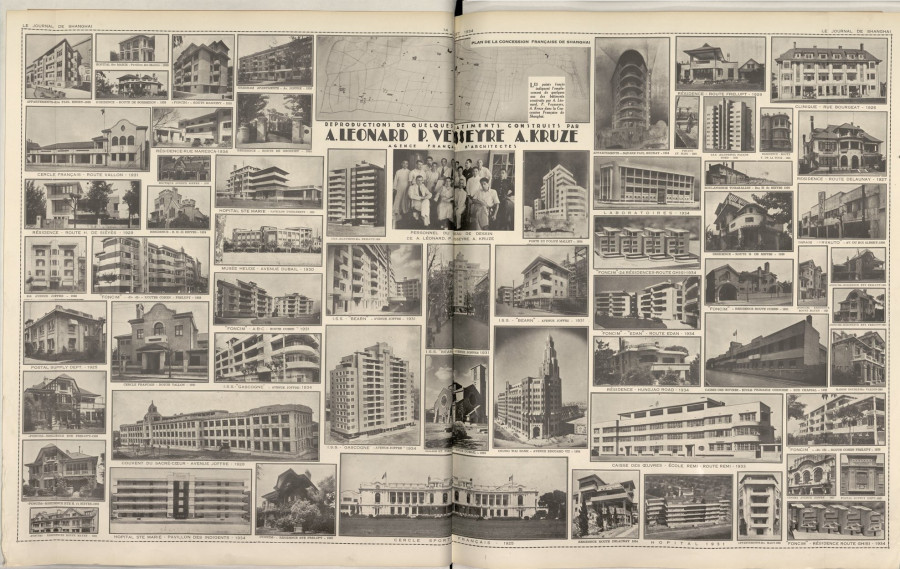