In anticipation of the Heritage Saturday, here are some recent images of the Sea Merchants' Guildhall 商船会馆 in Dongjiadu, which will be open for viewing.

This is what used to be the gateway building of the Sea Merchants' Guildhall: 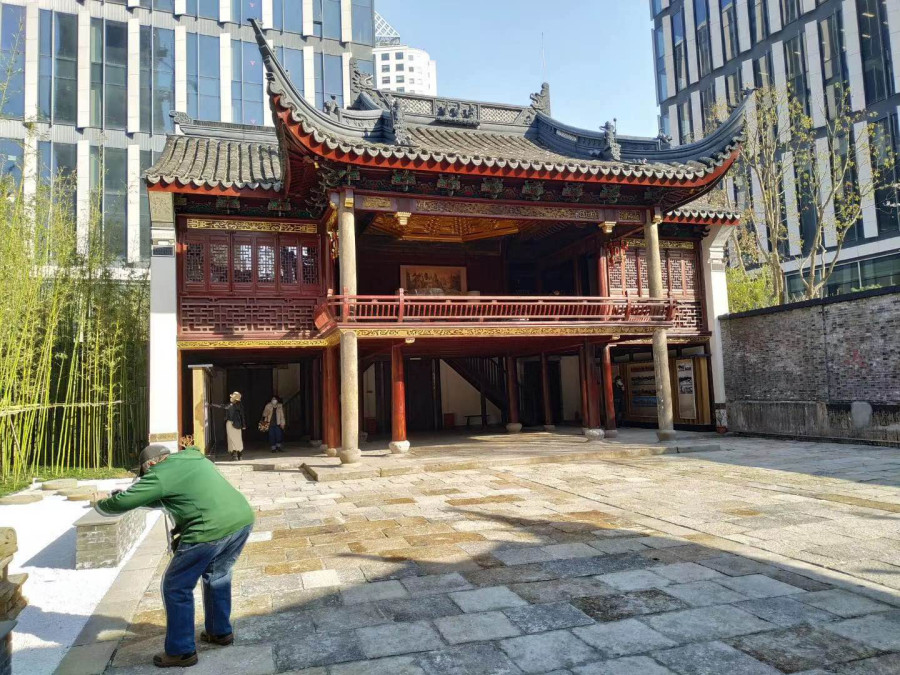 This and other two recent images come from the Wechat group 上海老房子俱乐部, via Historic Shanghai.

Ten years ago, the gateway building looked like this: 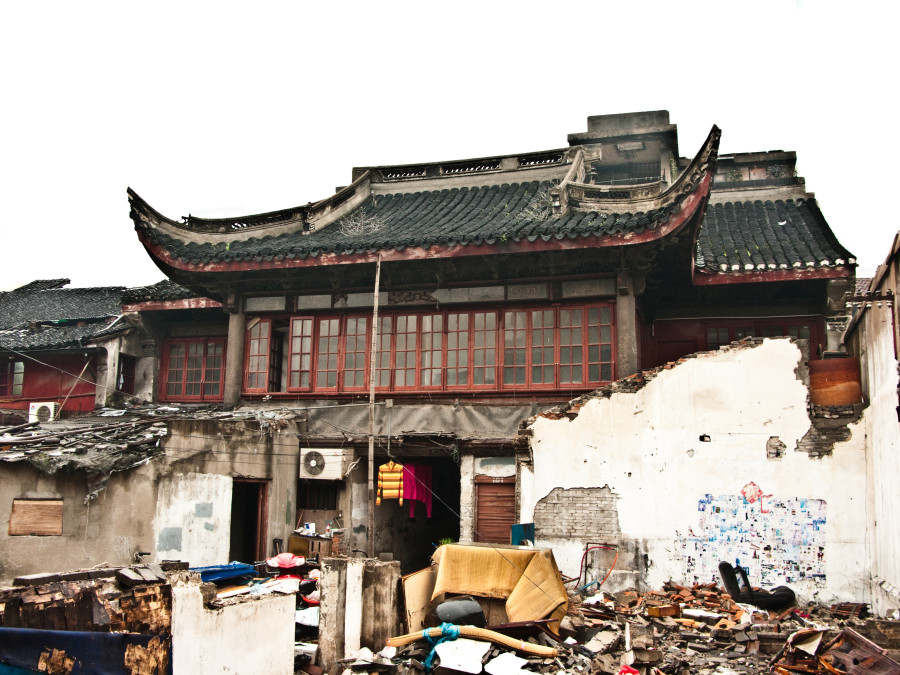 There are lots of changes, but some elements are still recognizable – like these gold-painted brackets and panels under the eaves: 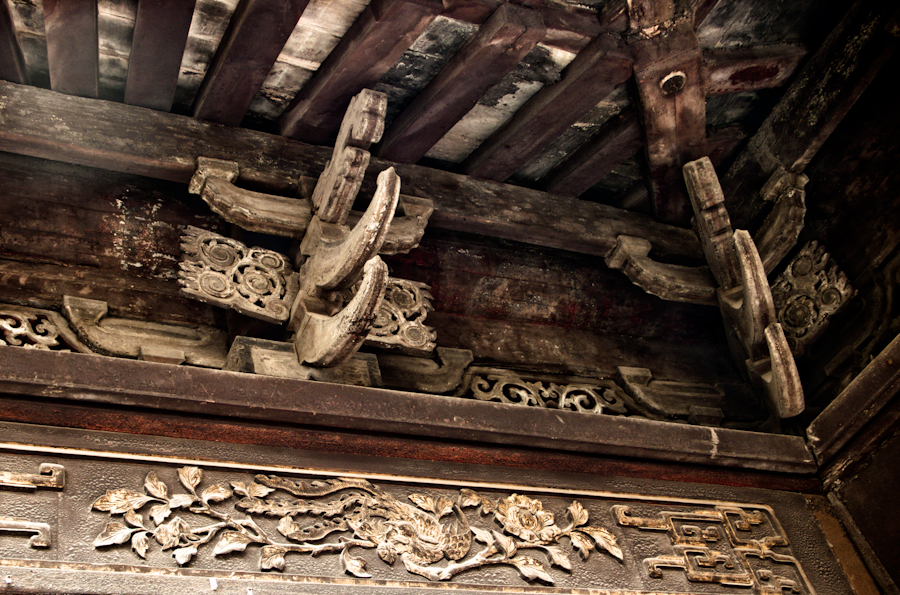 But why are they brandishing Manchu bannermen colors, instead of the delicate gold? To claim that the sea merchants of Chongming and Nantong counties had deep loyalty to the Qing throne? Or is it just a random decision of some cousin in the restoration business? 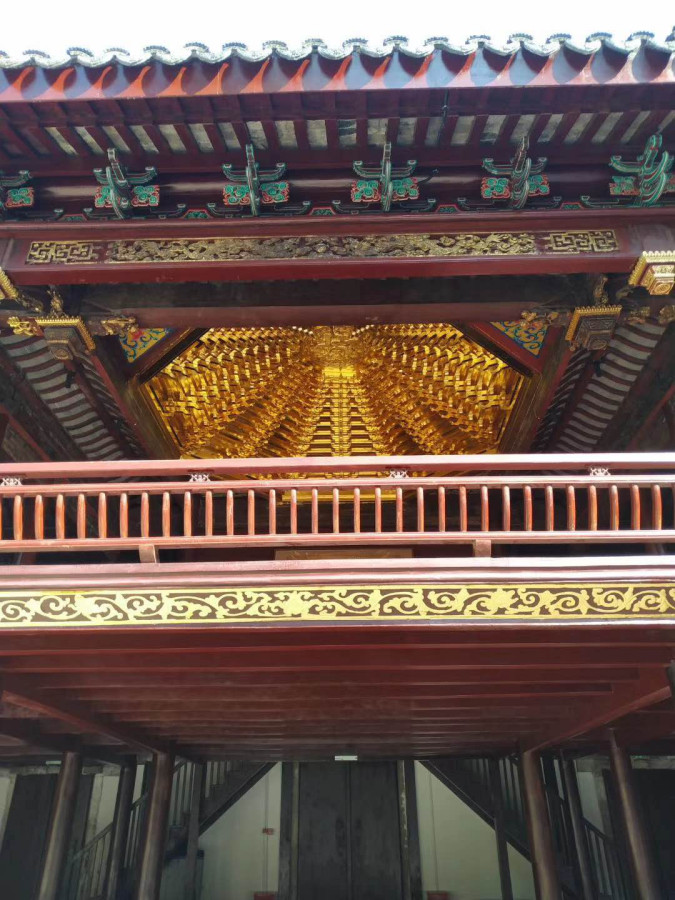 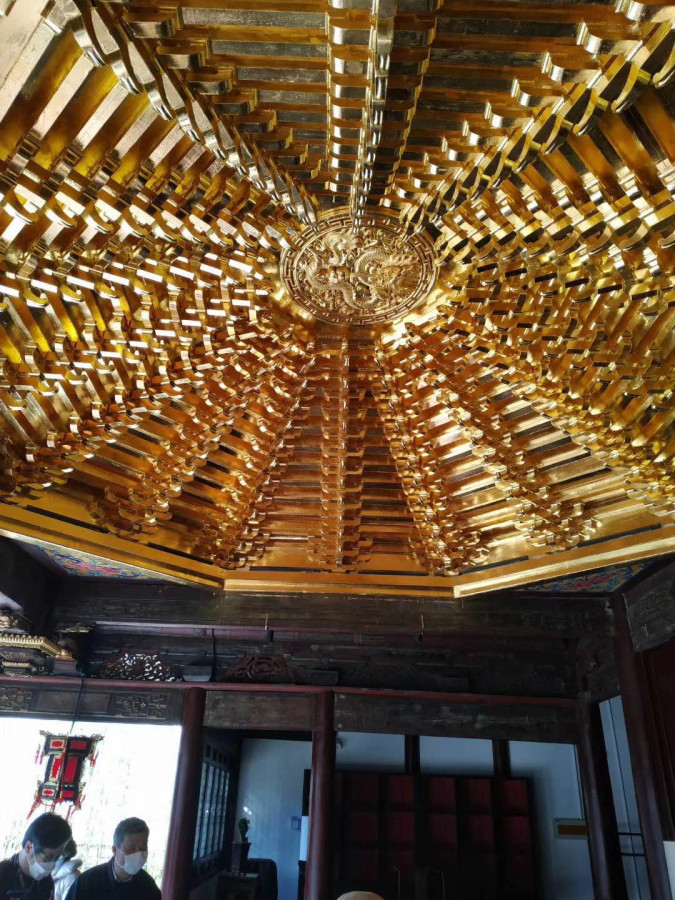 I don't remember it being there originally. It could be derived from other guildhalls that the Shanghai government thoroughly documented before wrecking them in the 20th century.

Examples below show the Bankers' Guildhall 钱业公所(会馆) and the Sanshan Guildhall 三山会馆: 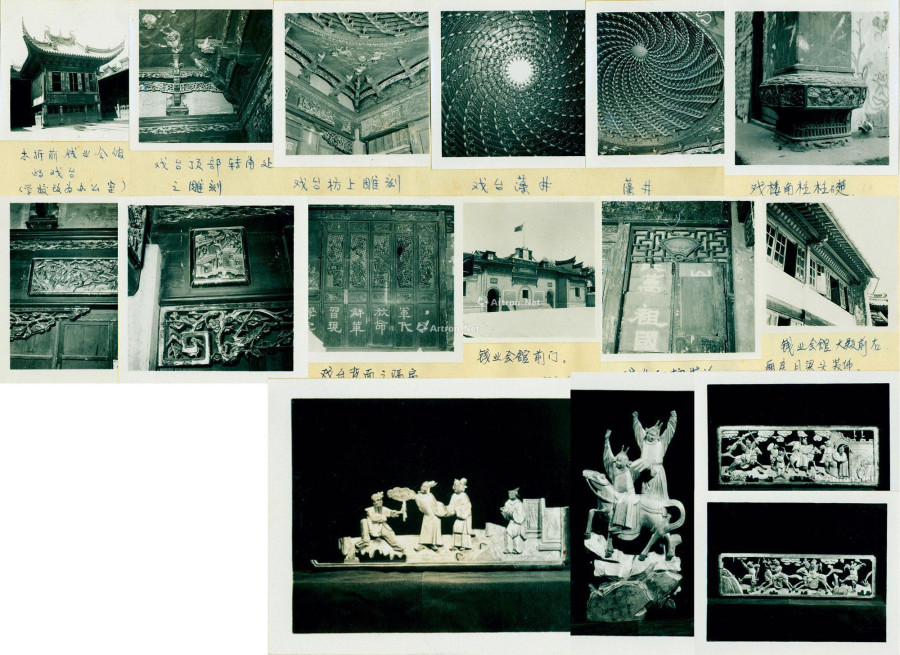 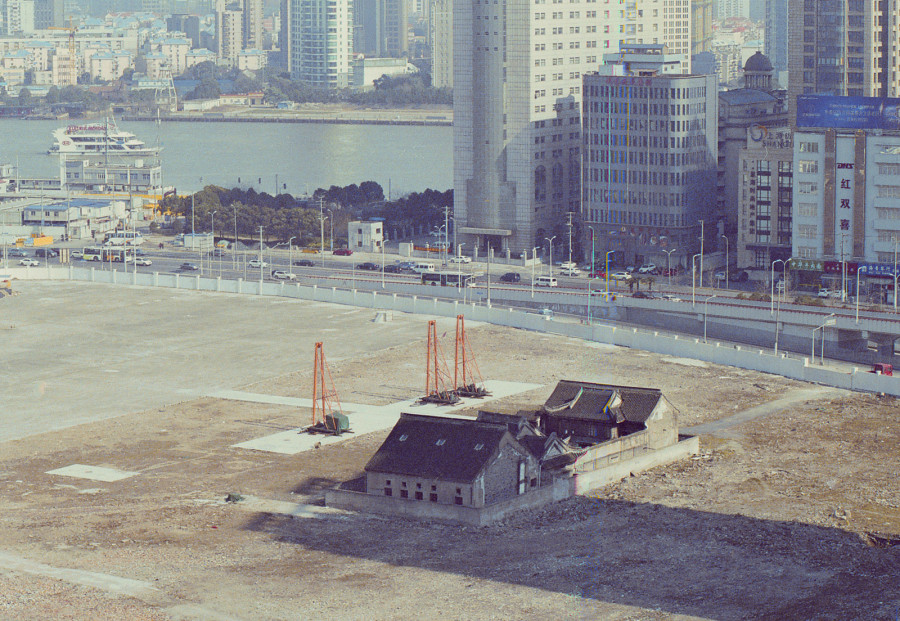 The book Shanghai Old Town, Vol 1: The Old Docks is out of print, but some copies are still available at the Garden Books, 325 Changle Road. Some spreads from the book are here.