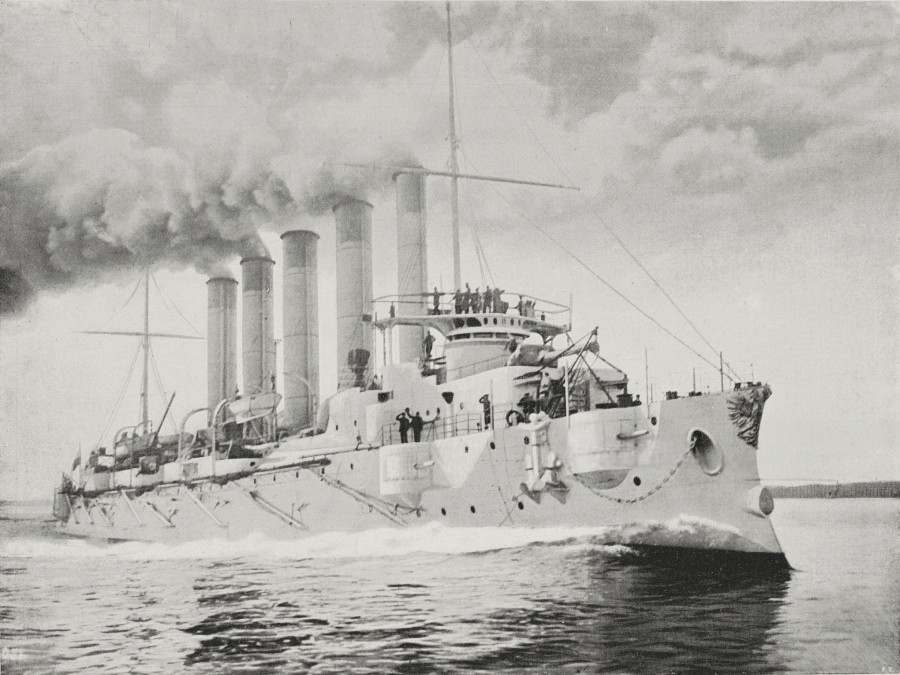 ROWDY RUSSIANS
The sailors from the Russian warships now in port, who are daily let loose on the Settlements, are becoming an intolerable nuisance. Going along the Broadway on Tuesday afternoon a representative of this paper saw no less than five brawls in less than half-an-hour. So long as the men use their fists on each other the public suffers but little, but when they smash up ricshas and have to be forcibly ejected from shops, it becomes rather too much of a good thing. The men seem to go about in parties of two and three, get disgracefully drunk, and then start fighting. They interfere with the traffic both on the pavements and on the roads, and are a source of incessant trouble to the police. [...] If strong measures are not taken there will probably be serious trouble between the Russians and the Japanese, whom they frequently provoke. North-China Herald and Supreme Court & Consulare Gazette, Dec 1904.

A MURDER ON THE BUND
Ever since the disarmament of the Russian cruiser Askold and torpedo-destroyed Grozovoi, the disgraceful behaviour of the crews of those two vessels when ashore has been the subject of much comment. Day after day the men have been ashore, and night after night have they returned to their ships in a state of senseless intoxication. [...] Shortly after four o'clock yesterday afternoon two Russian sailors from Askold arrived in ricshas to the Nanking Road jetty. One was apparently quite sober and the other was a little the worse for liquor. They got off their ricshas and walked down the path to the pontoon without making any offer to pay their ricsha hire. One of the ricsha coolies followed and persistently demanded his fare. At the time there were several carpenters busily at work repairing the pontoon and some carpenters fashioning beams into planks by means of adzes. The taller of the Russians seized an adze from the hands of a Chinese carpenter and swinging it round his head brought it down with terrific force on the head of the nearest native, who happened to be an inoffensive, well-dressed man going to the jetty to cross to Pootung. The blade of the adze entered his head just behind the ear causing a terrible gash and penetrating the brain. The Russians nonchalantly proceeded to the jetty [where they were stopped by the Sikh constables, arrested and brought before the Russian Consulate Court; the victim was rushed to the Shantung Road Hospital and died there]. North-China Herald and Supreme Court & Consulare Gazette, Dec 1904.