This amazing woodblock print is Triumph at Shanghai 上海德勝. The library's description is as follows: "The record inscribed on the print says that during that upsurge the rebels counted numerous criminals harbouring evil intentions. The Imperial Court blames them for the suffering families. The people who were injured how the wish to break away from hardships. They had to bear seeing the women being dragged out of the city and suburbs. The defeated rebels are captured alive and executed. This print shows the heads of the decapitated criminals put up for exhibition in the city of Shanghai."

This is the expulsion of the Small Swords from the walled city in February 1855. The baddies in red turbans are peeking from above the city wall, having locked themselves inside it: 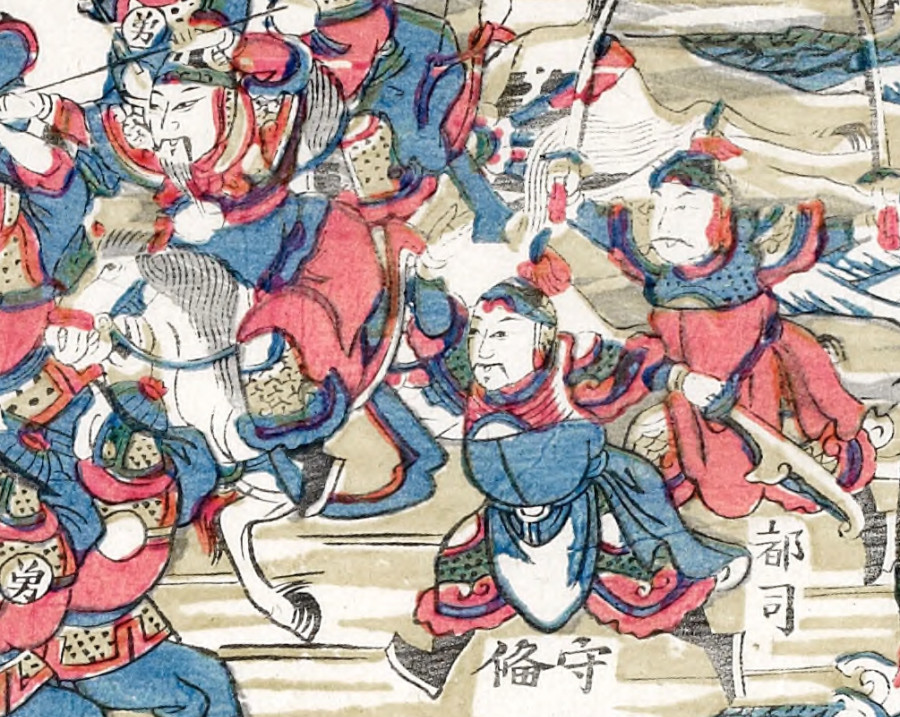 ...while the suffering folk watches outside at the North Gate: 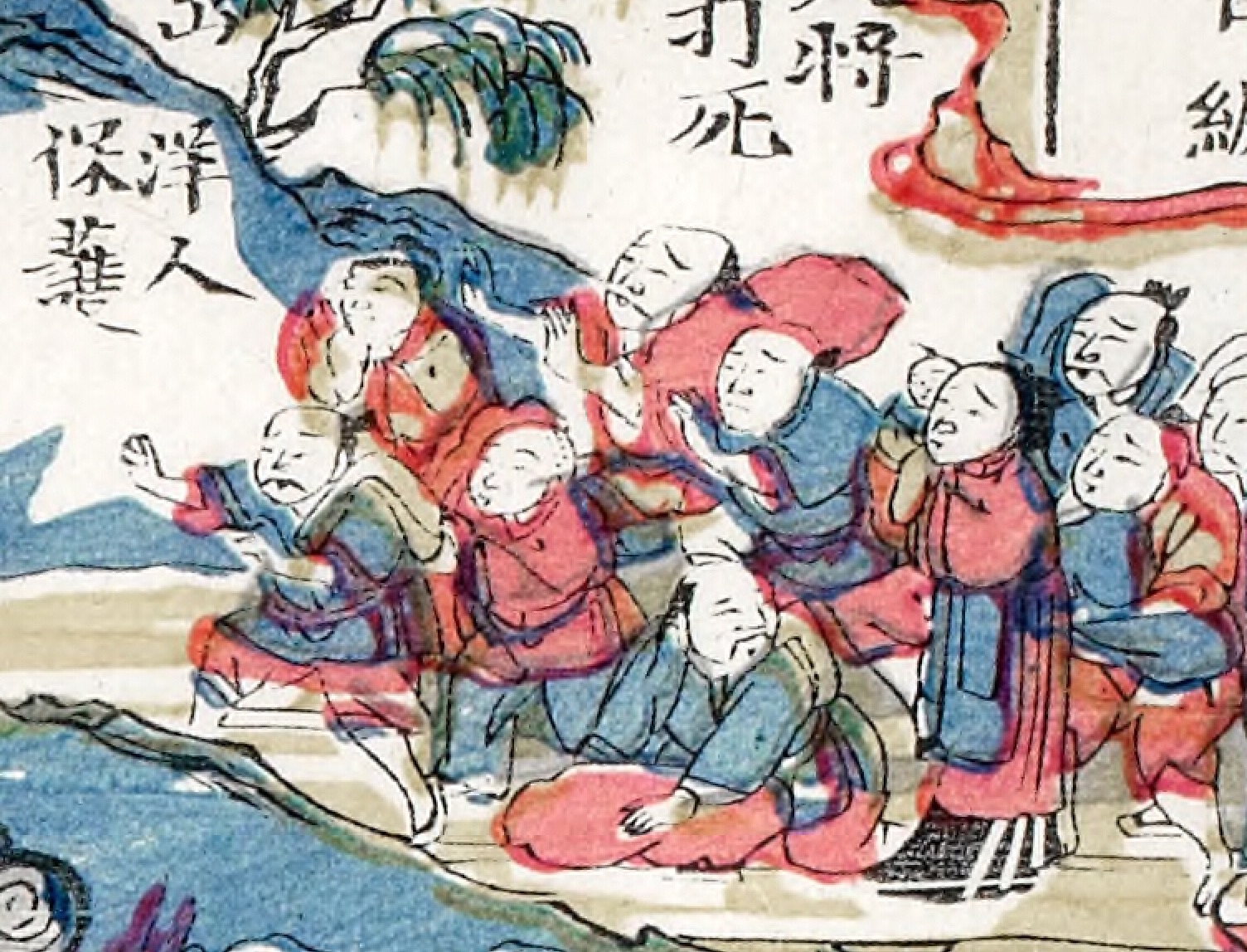 These have to be the French breaking the north wall with cannon fire from their battleship Le Colbert: 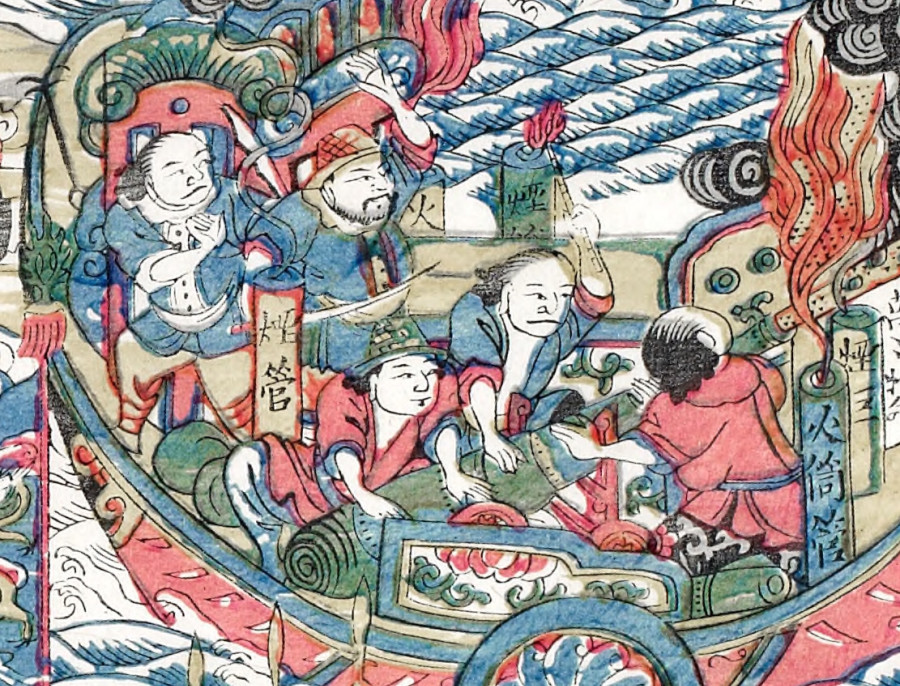 In the end, justice prevails: 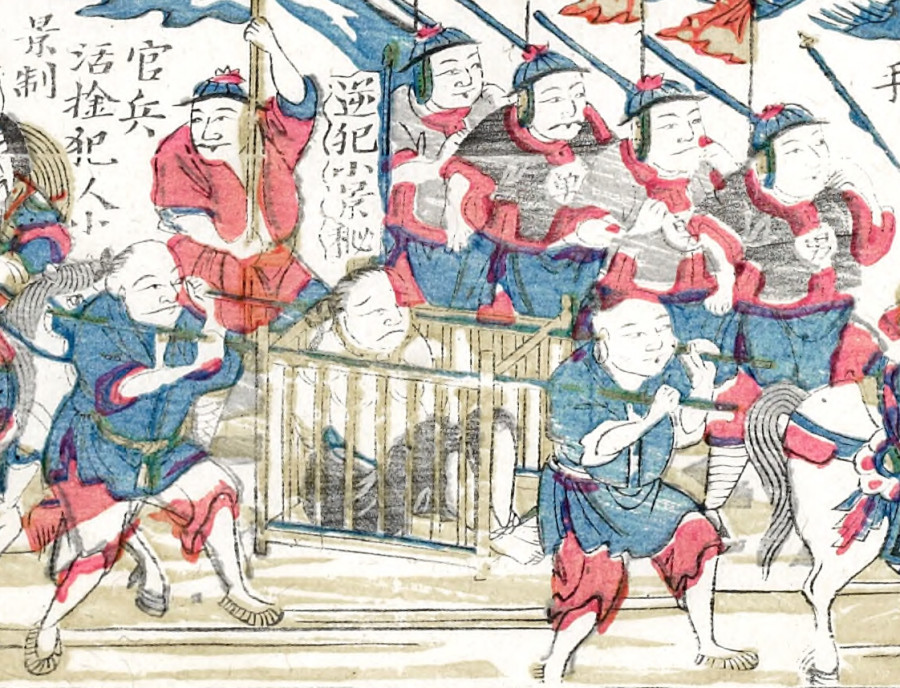 Two more prints showing the pursuit of the rebels and the Qing justice are in the next blog entry.

Earlier I wrote about other fabulous prints: the martyrdom of General Chen Huacheng in 1842 and the 1911 revolution in Shanghai.