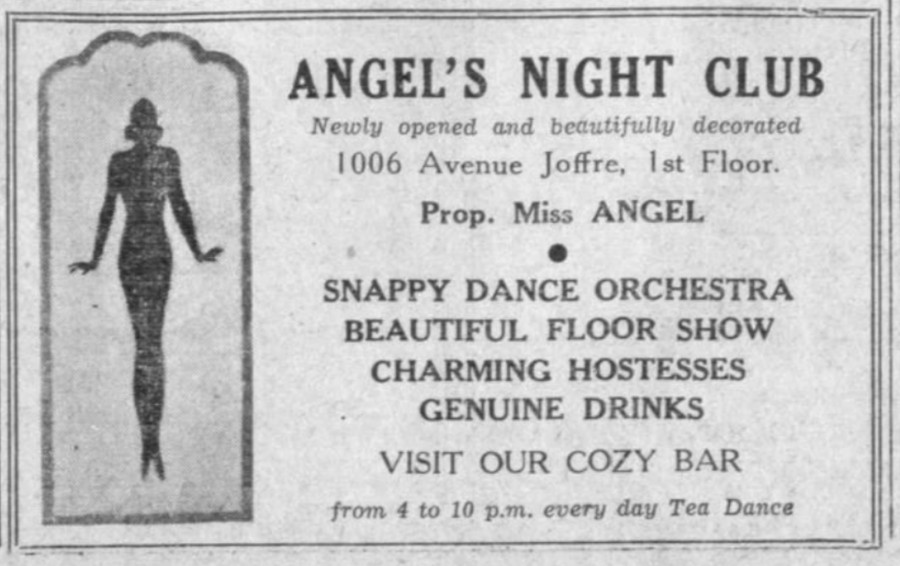 ...opened in 1941 at 1006 Avenue Joffre above the Mexicana cabaret; most likely, it had the same proprietress. Alexander Vertinsky sang in Mexicana in the evenings, and this is where he and Lidia Tsirgvava had their wedding party. While the guests were feasting, "Miss Angel" stole Vertinsky's wedding gifts and pinned the blame on the Chinese bartender. "Her purposefully indifferent voice" signaled to Lidia that something was fishy, but the singer did not want to press the matter, explaining to his young wife that he "worked for this woman and completely depended on her." (Vertinskaya, 2004)

Wartime enterprises were usually short-lived. The previous establishments at this address – the Caucasian restaurant Daryal and the Viennese restaurant Danubia lasted only a little over a year. But Angel's Night Club and Mexicana were acitve as late as 1947. Who was Miss Angel, I wonder?

On this photo from 1937 the Annamite policemen are standing next to the building where Angel's and Mexicana were: And here we can see the top floors of the building (lower left): 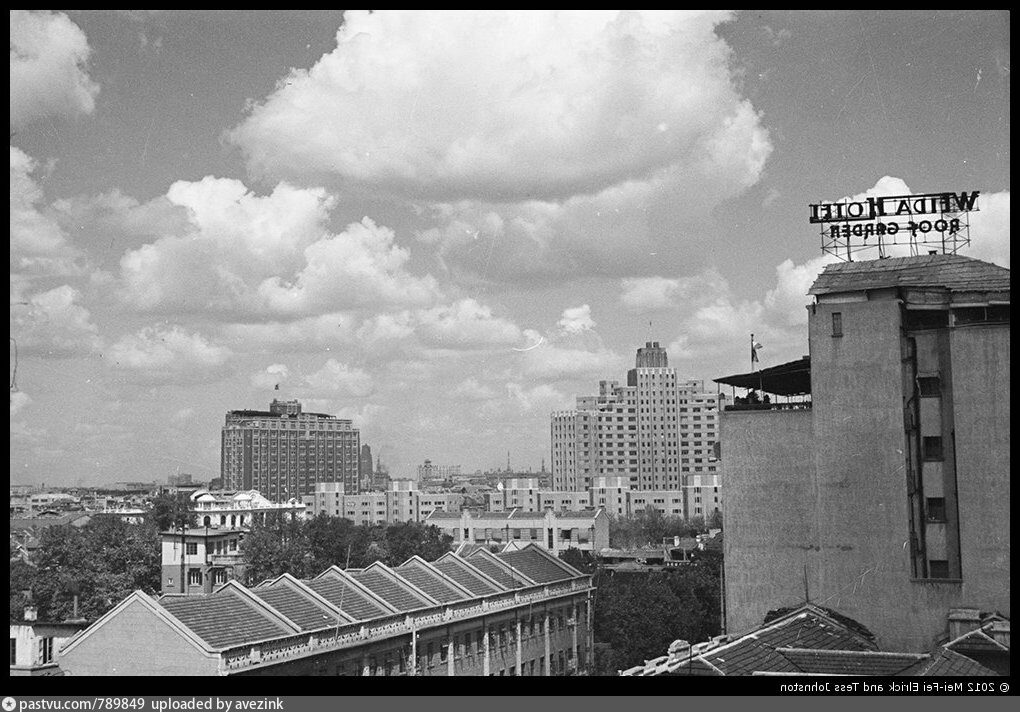 The building still exists, on Middle Huaihai Road; there are now restaurants.