According to the recent news, Chekiang (Zhejiang) Road 浙江中路 is scheduled to undergo a massive "ruinovation" procedure, which will eradicate its diverse and affordable restaurant scene and its original residential architecture.

So let's take a walk along historic Chekiang Road, south to north: Looking north across Avenue Edward VII at the northwest corner of Chekiang Road (1947):

Looking at the northeast corner, in 1938: 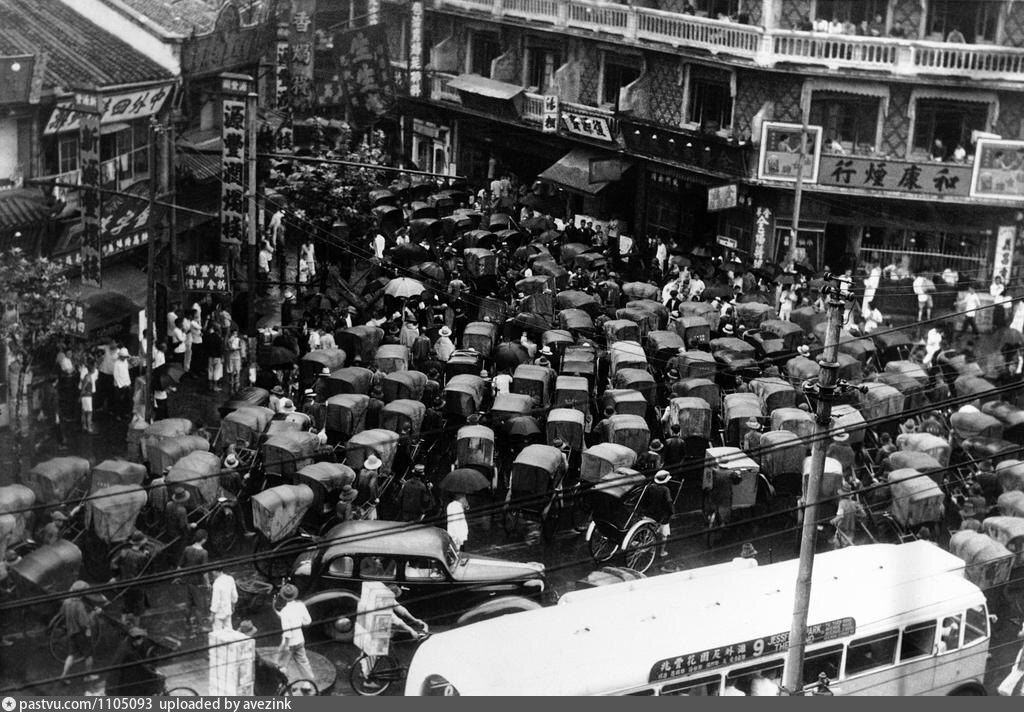 Having reached Pakhoi (Beihai) Road, we turned around and are looking south, in 1949: 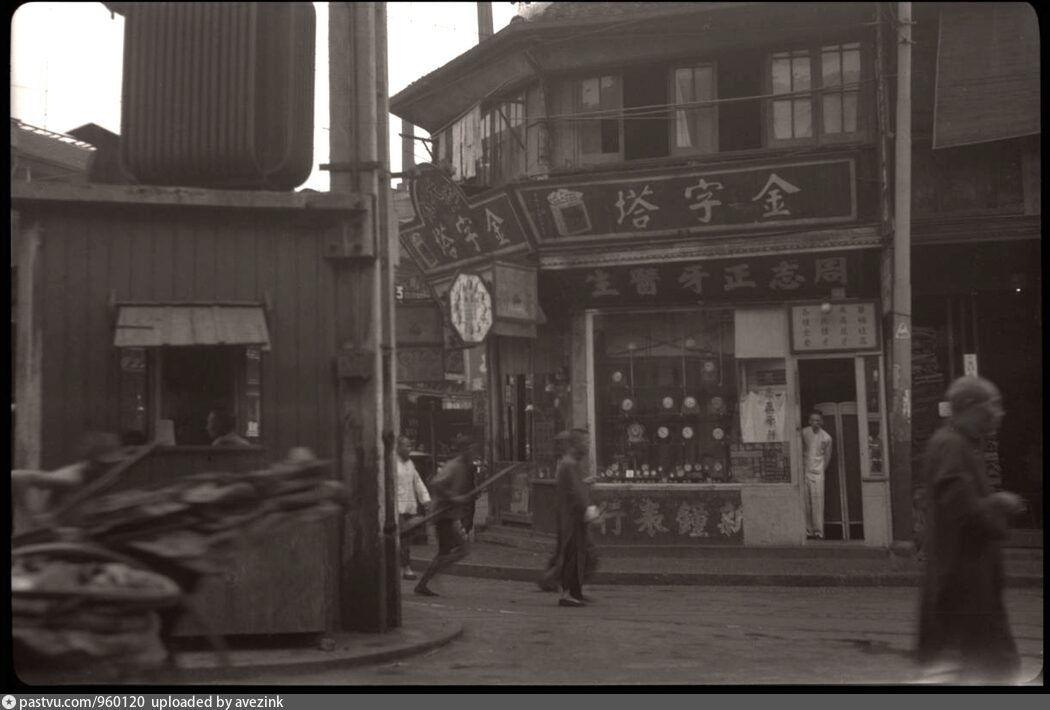 Having advanced still further north, we are now looking at the southeast corner of Canton (Guangdong) Road, also in 1949: 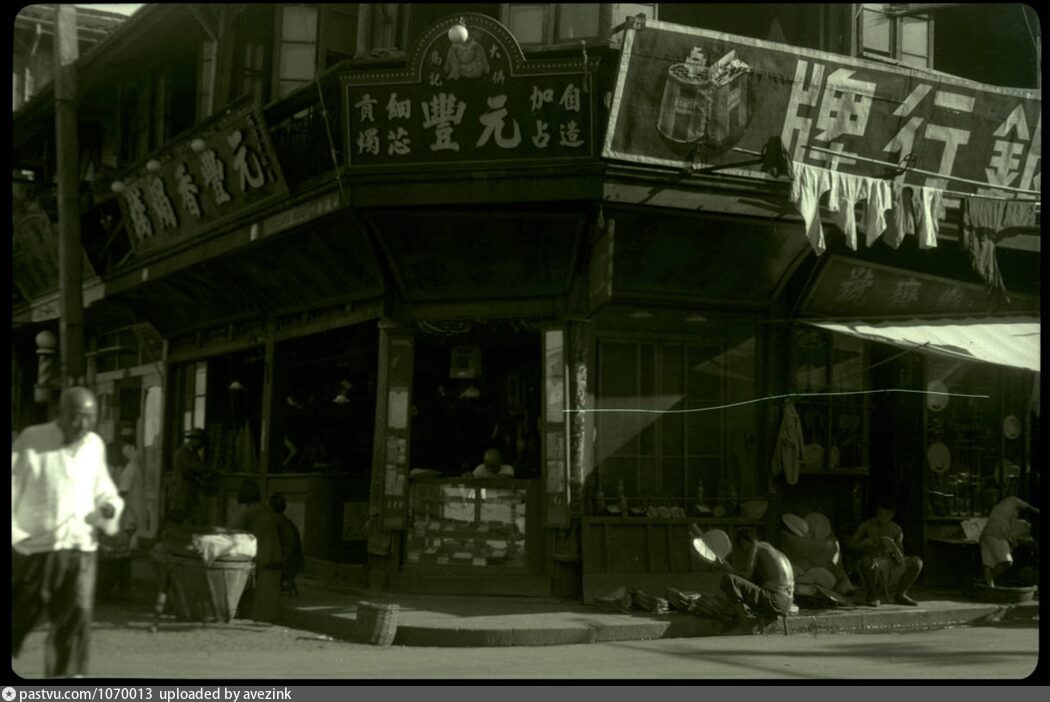 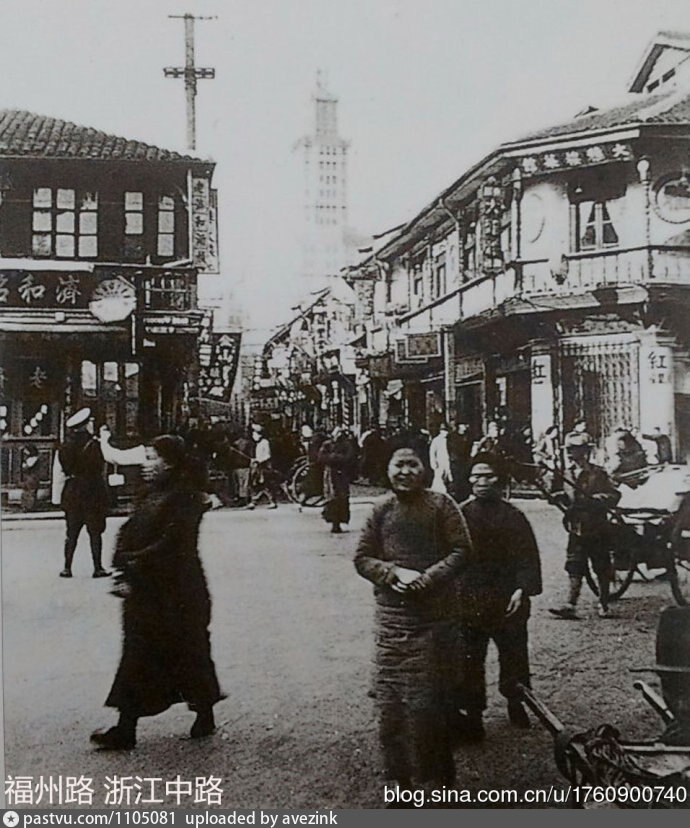 The huge structure on the southeast corner of the intersection is the Foochow Road Market, shown here in the 1930s: 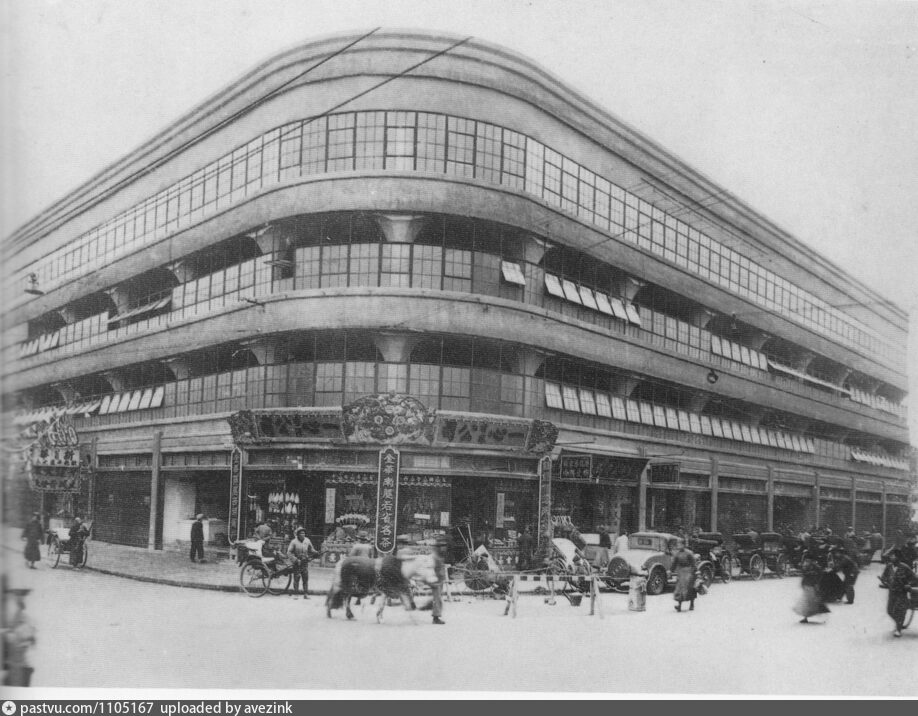 On the next block, here is the southwest corner of Hankow Road: 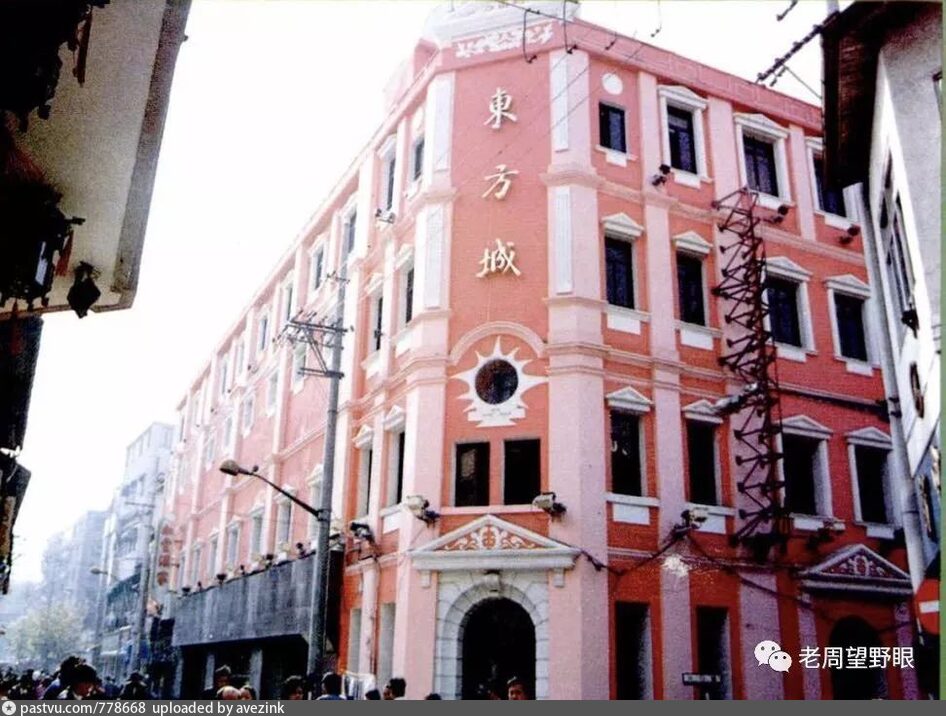 We've reached Kiukiang (Jiujiang) Road and walked a few steps east on it, looking back toward the corner of Chekiang Road. In 1932, when this photo was taken, there was still a theatre there, called the New New Stage 新新舞台: 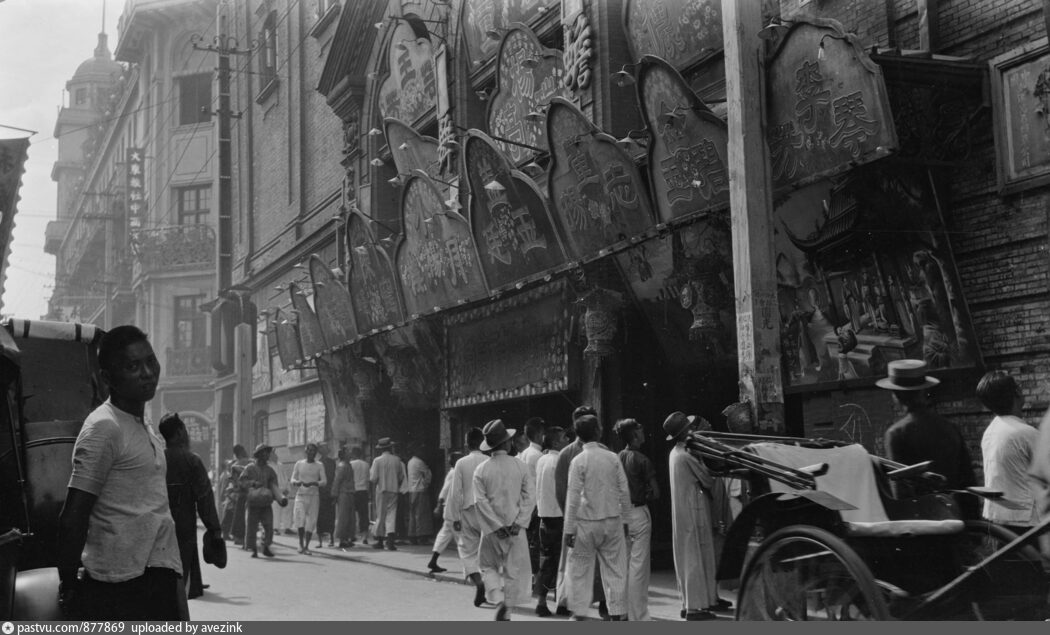 Soon after, that block was transformed, and the Wing-On tower grew on it, shown here in 1937: 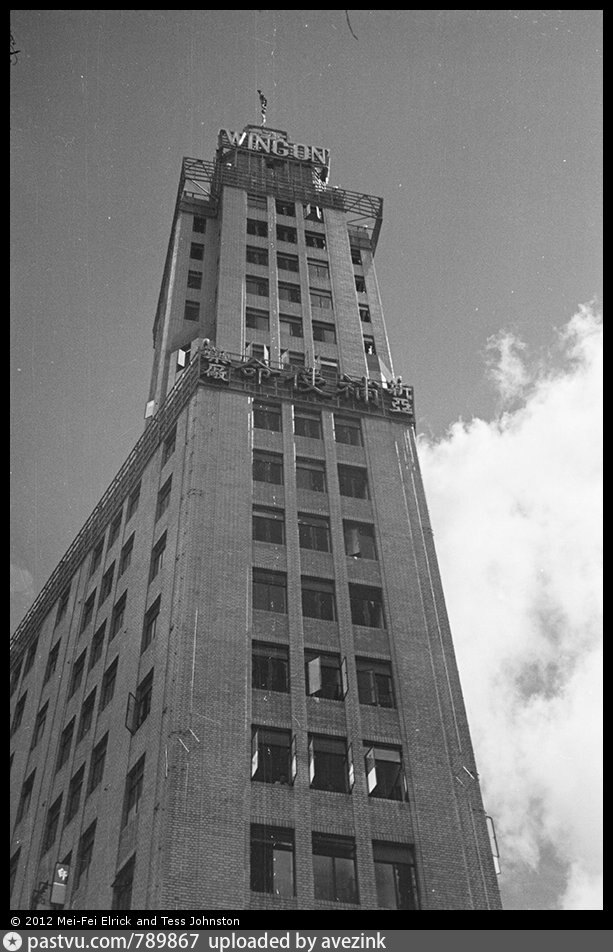 We've reached the most photographed spot in the International Settlement – the intersection of Nanking Road. Even before the two famous department stores came to adorn its western corners, this intersection was photographed a lot. This image from the 1900s has the camera looking across Nanking Road, along the early Chekiang Road: 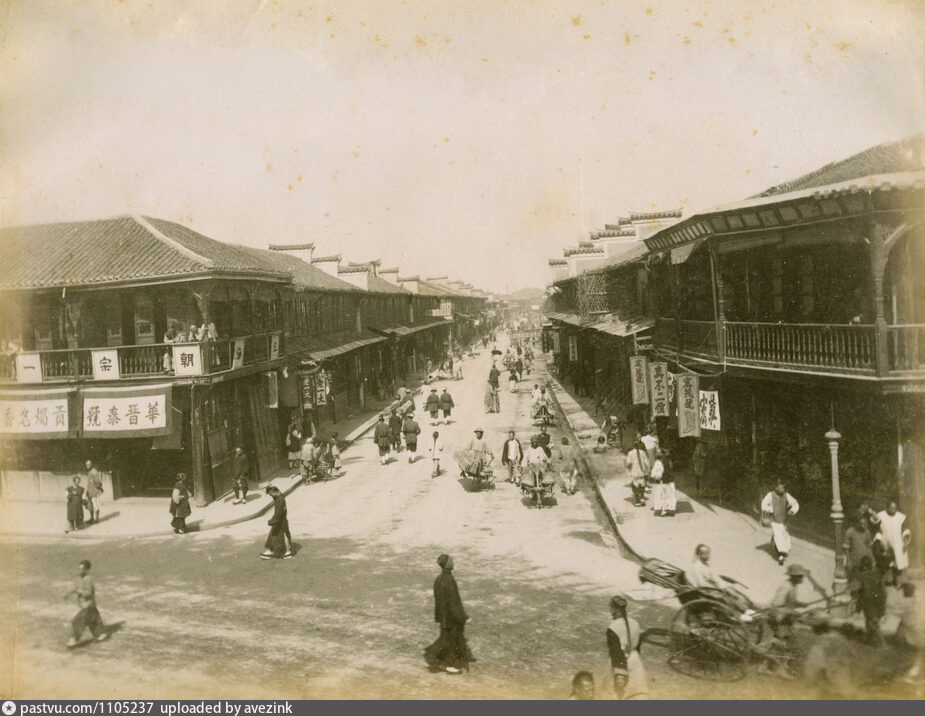 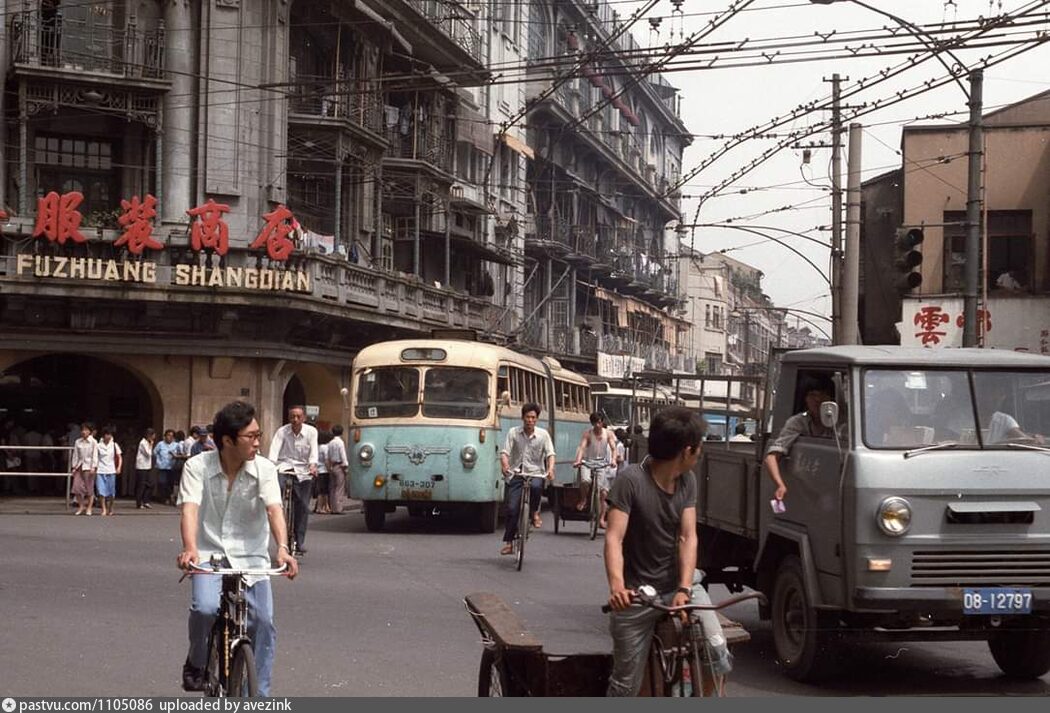 The entrance to the Wing-On store, on the southwest corner, photographed in 1925: 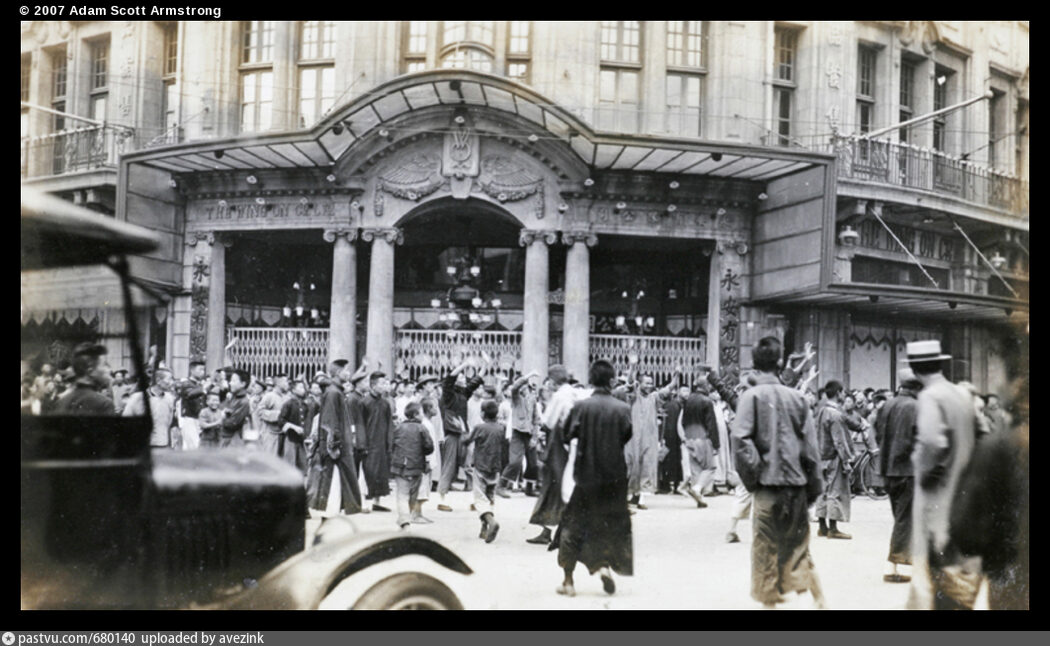 The Sincere Department Store, on the northwest corner: 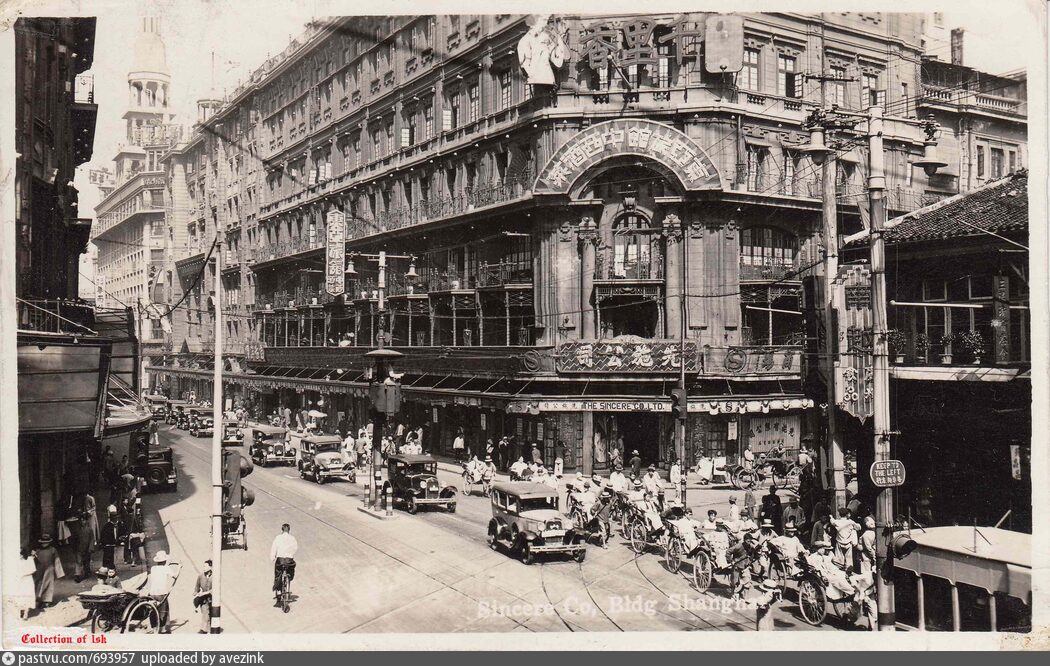 Here are both stores, illuminated at night, plus the Sun Sun Co. tower glowing in the distance, in 1932: 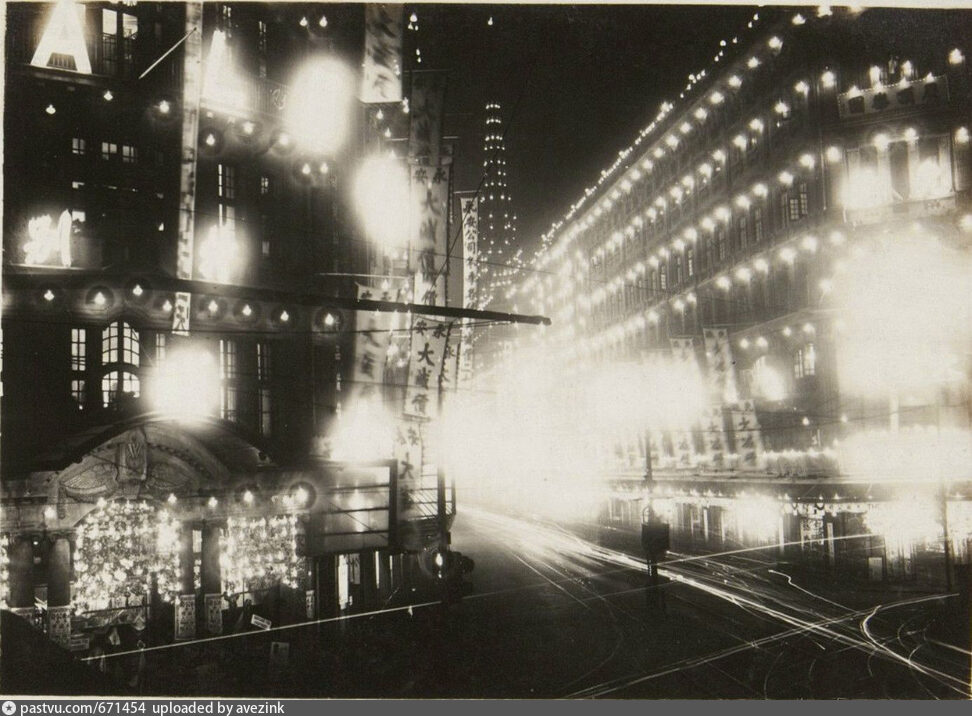 The northeast corner of the same intersection: 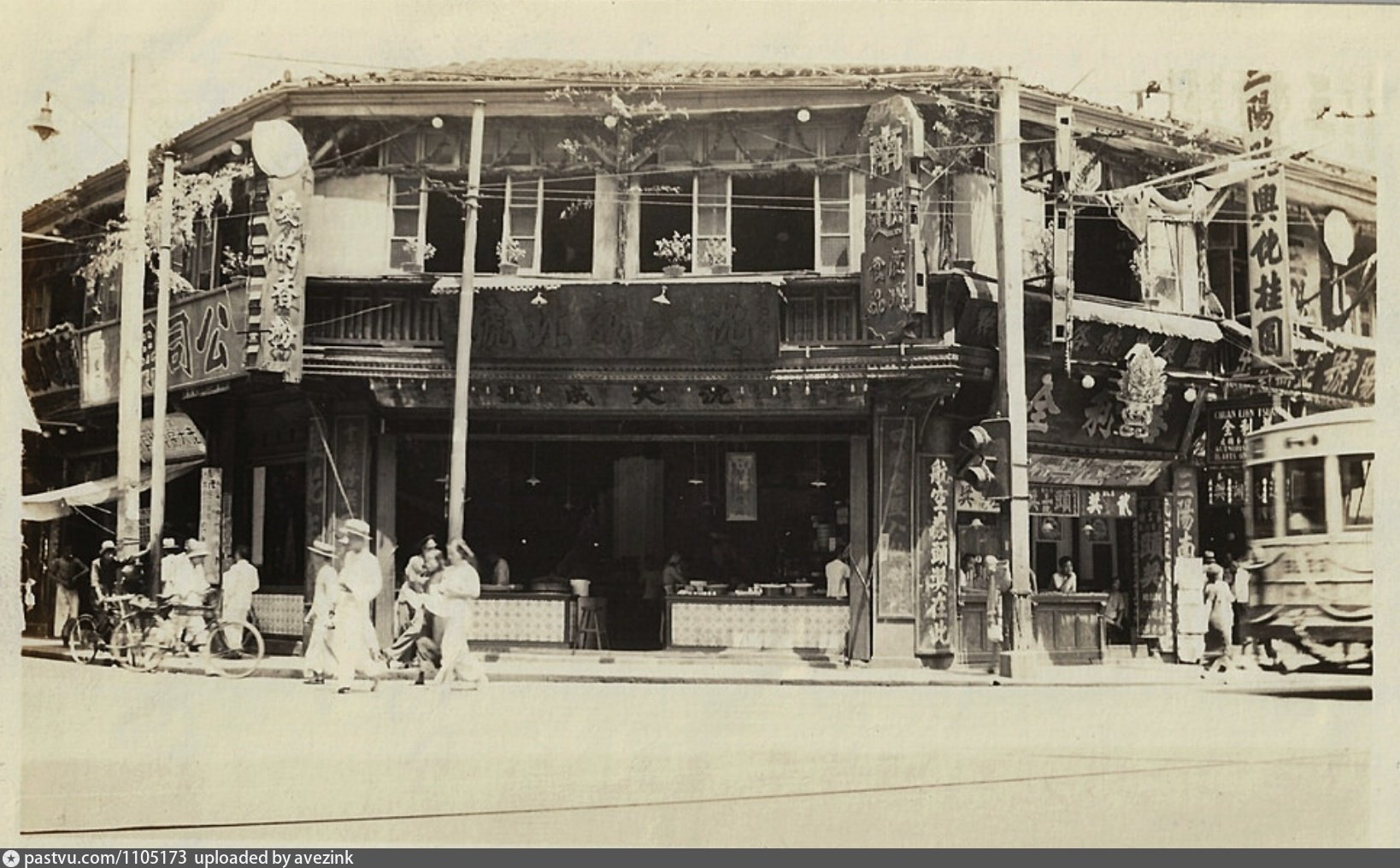 This place was so photogenic, it was filmed in the 1930s:

North of the bustling Nanking Road, Chekiang Road became narrower and quieter; it did not get photographed as often. Here are the stores on the west side of the street, between Ningpo (Ningbo) and Tientsin (Tianjin) Road. 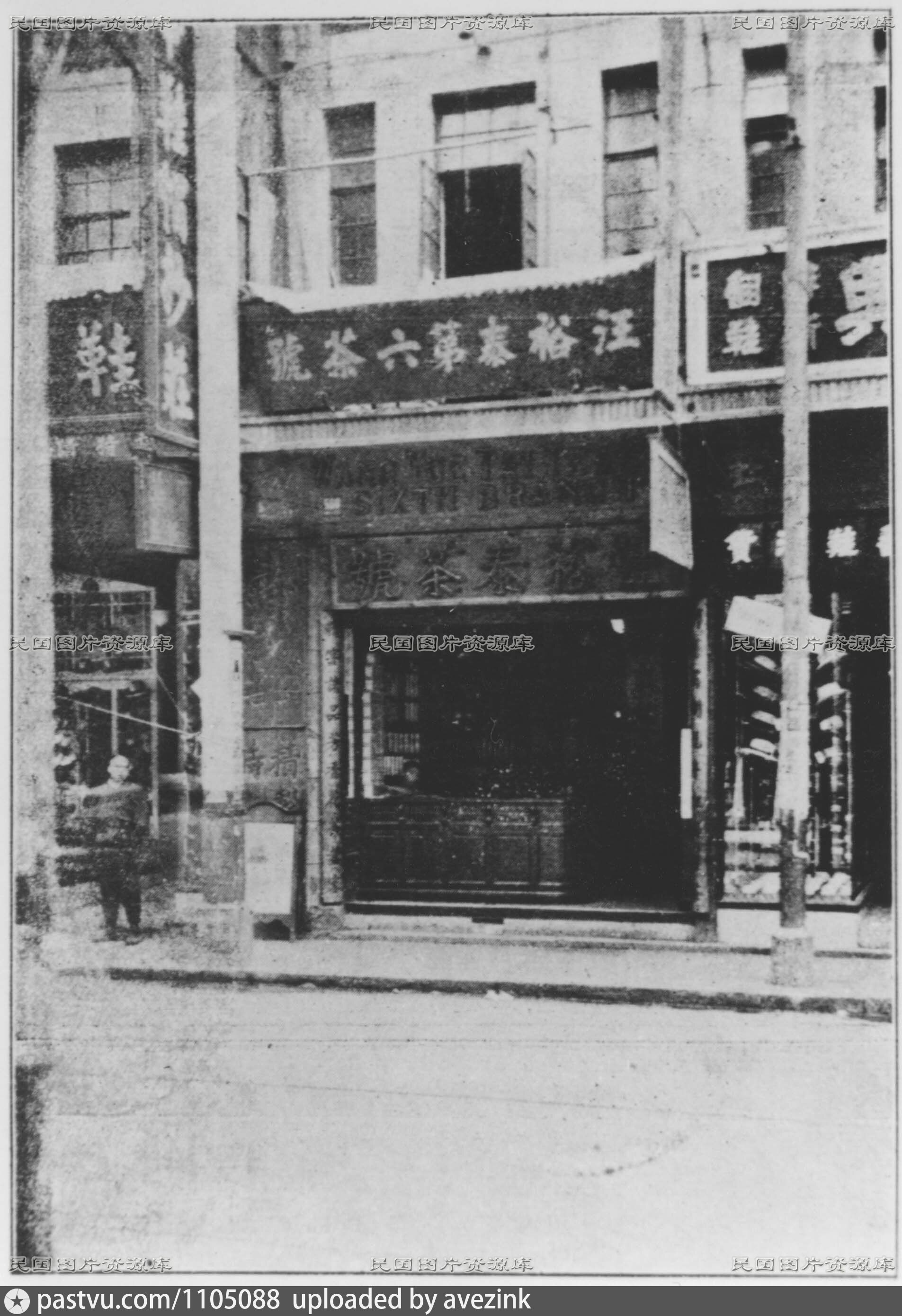 The journey ends at Chekiang Road Bridge, which was quite photogenic, in defiance of its nickname "Garbage Bridge" 垃圾桥: 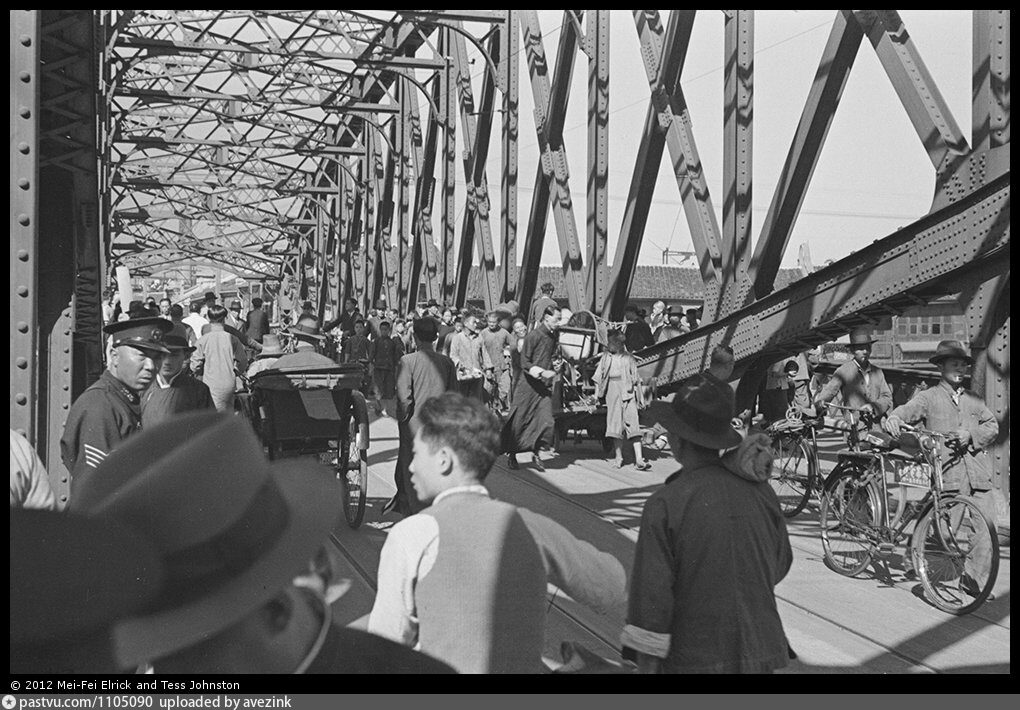