Rue Massenet on the way thither seemed to be a region in which Anglo-Saxondom shrunk, for on one corner hung the flag of Consulate General of Finland,* blue against the argent spring sky, and farther down the street, where a little villa sat back in a garden, a green, yellow and black flag above the seal of Consulado General do Brasil** seemed to reflect the clump of dandelions poised sunnily in the thick grass of the garden.
On another corner of those large, wide, towered houses, which are the special property of Japanese taipans, on an enormous lawn a brother and sister, with the ruddy cheeks of the north, the little girl in a preposterously fat smocked white apron, were trying together to lay the tape for a tennis court. A Dominic, from All-Saints', was trying a bicycle, but he provided the only contrast for a young Turk in red fez and the lawn of the house behind the Japanese, where two little children in the practical play-dresses of the well-to-do Chinese child, rode on their tricycles around a terrace.
So it was in an atmosphere of harmony that I came quite naturally upon Concord Hospital,*** whose garden I thought in the late afternoon sunlight, seemed to be half Anglo-Saxon and half cupped in that somewhat secret quality the possessin of all hospitals, schools and nunneries in all Latin and Catholic countries – was it perhaps Chinese – but as a little lime tree glowed beside the firs, and violets and epidedrums waved in the plots, it was a charming place. 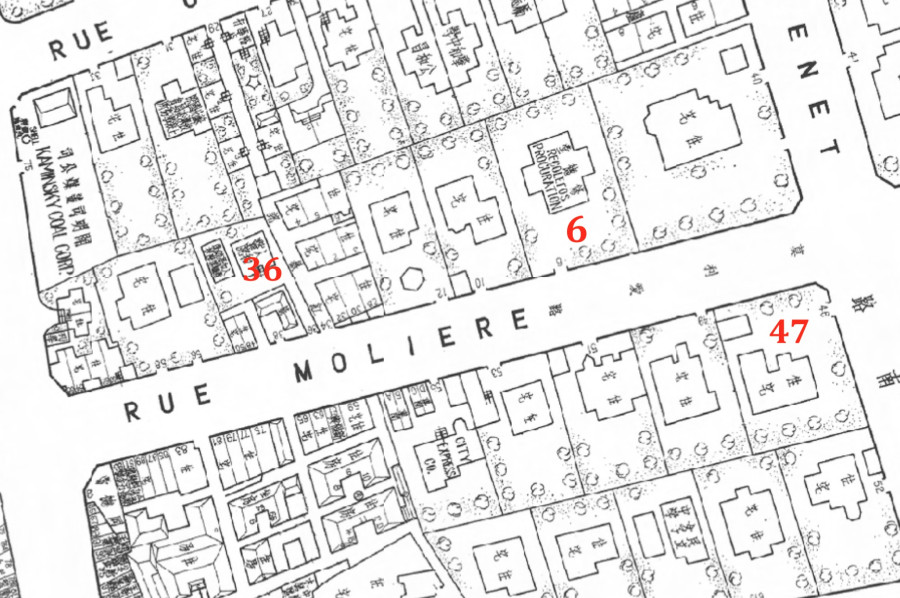