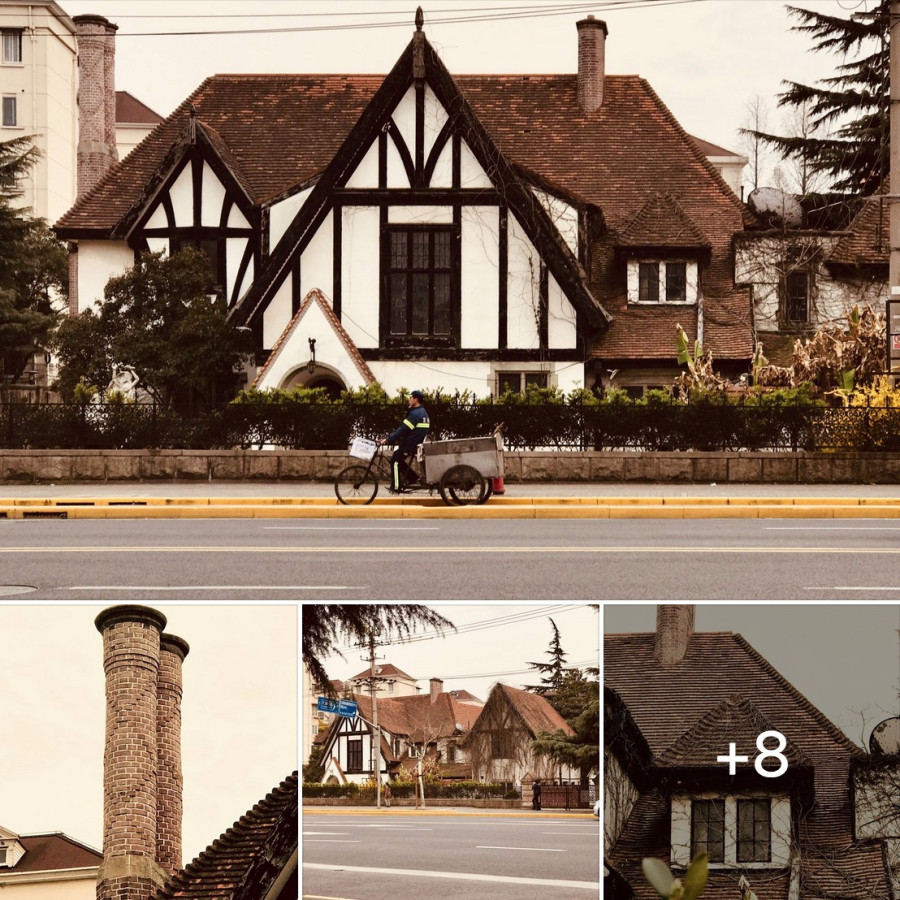 This Tudor villa at 2310 Hongqiao Road 虹桥路2310号 is commonly identified as Rubicon Garden 罗别根花园, Victor Sassoon's "other property" on Hungjao Road, second to his famous "Eves." But while the Eves was a popular party place back in the 1930s, frequently photographed by the press and by its owner, the provenance of this Rubicon Garden is questionable.

Investigating the Western suburb is a bit tricky. Many famous residences that lined Hungjao (Hongqiao) Road 虹桥路 are no longer standing. They were either bombed to splinters during the Japanese air raids in 1937, or destroyed in the battles for the access to the strategic road to Hangzhou in the final months of the civil war in 1949 – or even torn down in the late 20th century. Some buildings exist as architectural drawings, others we know by their names, yet others just as addresses without the visuals. To further complicate things, the street numbers on Hungjao Road have changed. 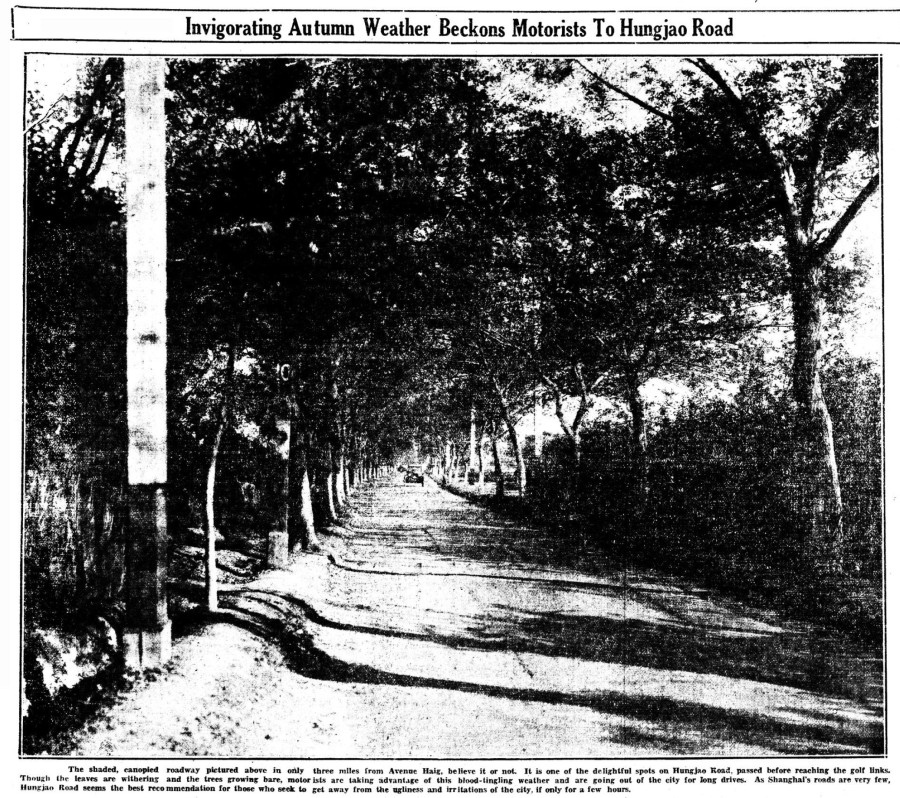 Hungjao Road in 1931, prior to the construction boom

The development of the Western suburb peaked in 1933. There were talks about extending the boundaries of the International Settlement (which the Chinese government opposed, understandably). In spite of the ambiguous status of the area – owned by China, but policed and maintained by the "extraterritorials" – a number of new opulent foreign-owned villas were built here during the year 1933. They fit neatly between the older properties – such as Widmann's "Oberneuland" at No. 280, Keswick's "Ewo Bungalow" at No. 442, Raven's estate No. 555 (where no liquor was ever served), Liddell's vast garden with Chinese-style pavilions at No. 578 (it saw some royal receptions), and Burkill's English-style mansion at No. 580 converted to the Hu Si Country Club.

Among the new additions there were: H. S. Lindsay's Chinese-style extravaganza at No. 514, Victor Sassoon's Tudor-style cottage "The Eves" at No. 535, Lewis R. Andrews' conservative two-winged manor at No. 465 (destroyed in 1949), and also H. E. Arnhold's "delightful residence" at No. 480. H. E. Arnhold was the Chairman of the Municipal Council and a well-known man of means. Old and new properties had much in common: they sat on large lots immersed in greenery and served as country retreats and party grounds for the foreign elite who maintained their downtown residences as well.

The development used to stop at the old "ivy clad and typically English" estate of the Hawkings' family, called "The Limit," at No. 600. After "The Limit" the road continued toward the airfield past cultivated fields and Chinese villages. In 1934, the Realty Investment Co. jumped beyond "The Limit" and built a villa compound Holly Heath at No. 1172, at the intersection of Chungshan Road.

Like I said, not many of these survive to this day. Some of the famous residences are no longer there, while some of the striking-looking survivors have obscure origins. A residence built by H. J. Hajek in 1934 stands at 2258 Hongqiao Road 虹桥路2258号. Sassoon's "The Eves" is still found at 2409 Hongqiao Road 虹桥路2409号. There are others worthy of mention, but – next time.

Back to Arnhold's residence, at 480 Hungjao Road. A couple views of it appeared in the newspapers in December 1933: "This charming house has been erected on the south side of Hungjao Road, near the corner of Rubicon Road, for H. E. Arnhold. Esq., and has just been completed and occupied. The design was by Algar & Co., Ltd. A view of the north side, where the main entrance is situated, is seen inset." 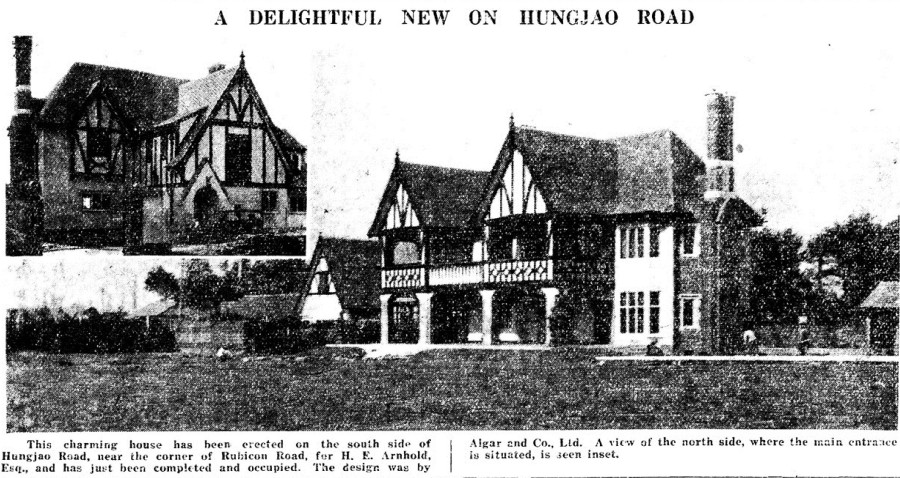 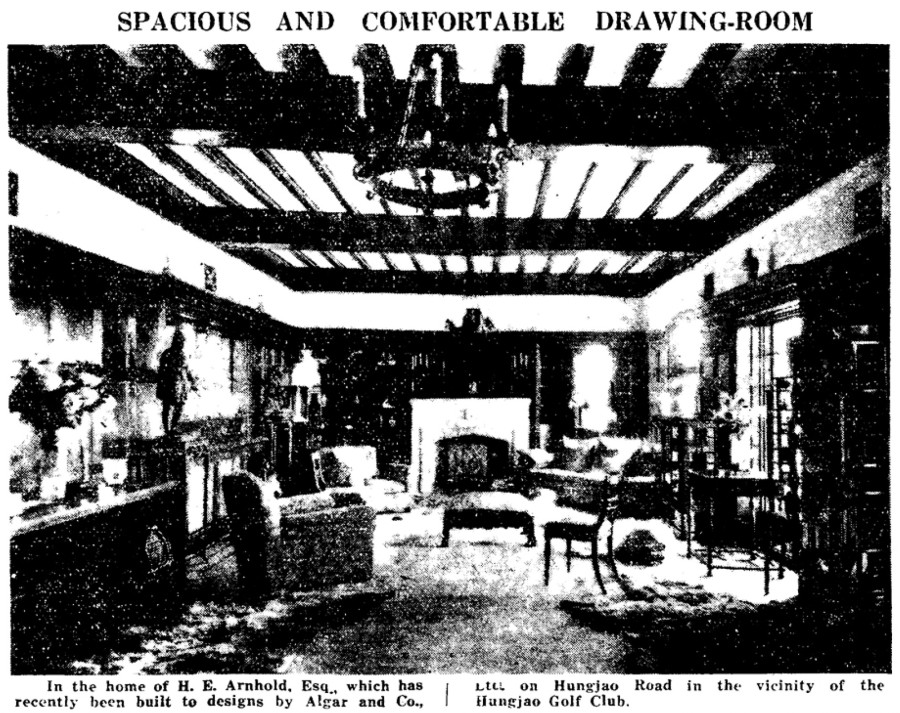 Perhaps, the newspaper mixed up the photos and showed Sasson's home instead? I've seen faces and names confused – though not the houses yet. It would be great to get inside the "Rubicon Garden" at 2310 Hongqiao Road and glimpse the interior. The house at the corner of Rubicon Road remained in Arnhold's hands until at least 1941. Sassoon was never listed as the owner of any other properties on Hongqiao Road besides No. 535.

H. S. Lindsay's oriental home overlooking the golf course, designed by Spence, Robinson & Partners and built in 1933 at No. 514: 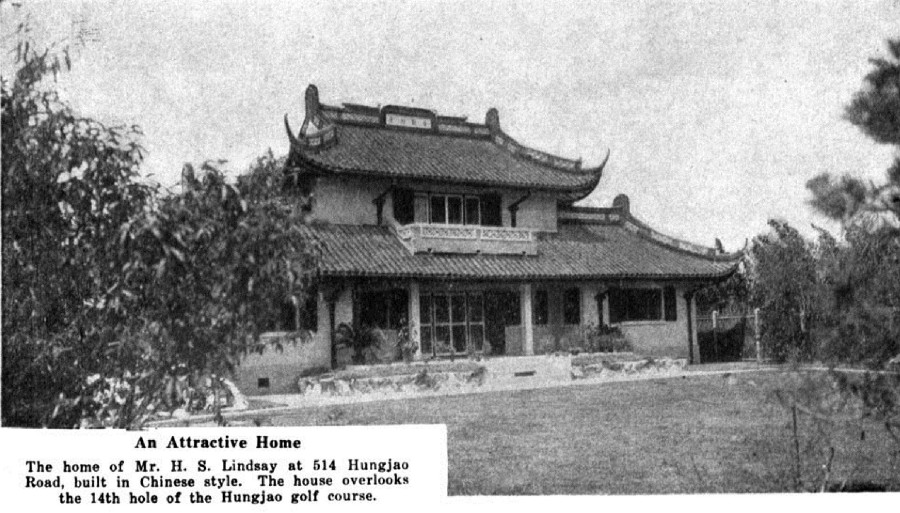 The Eves, at No 535, photographed by its owner: 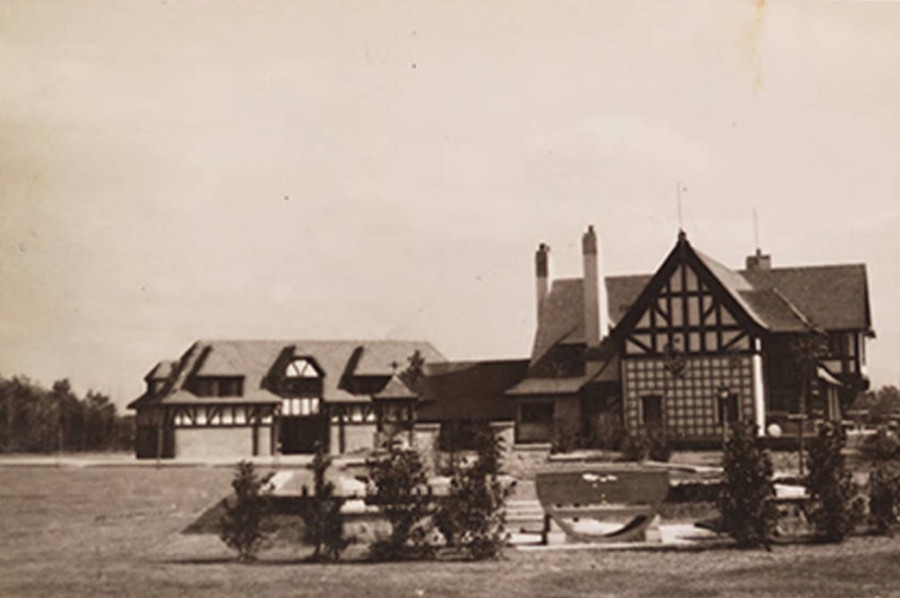 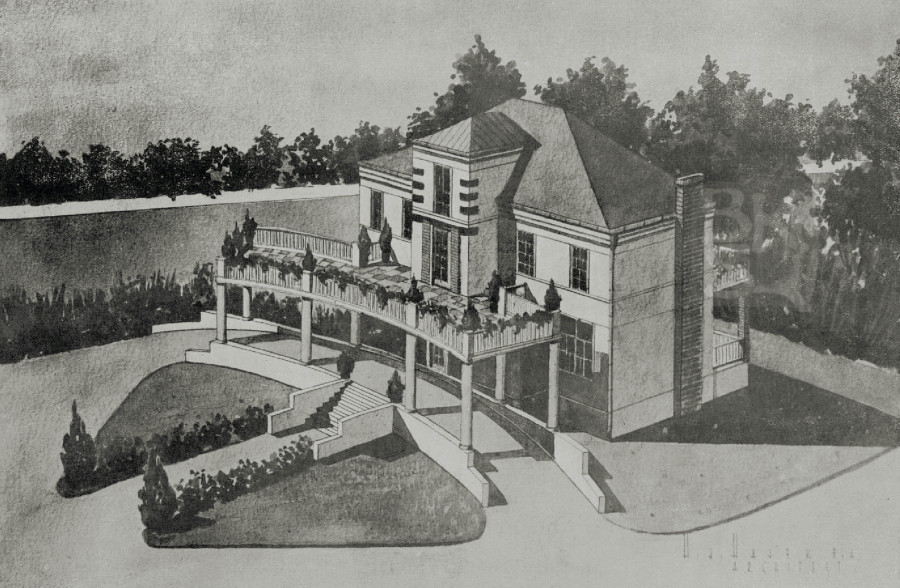 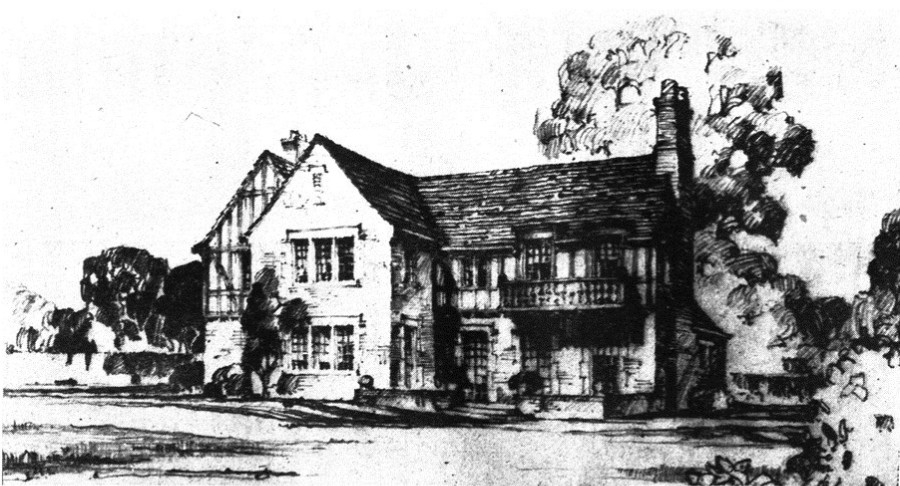 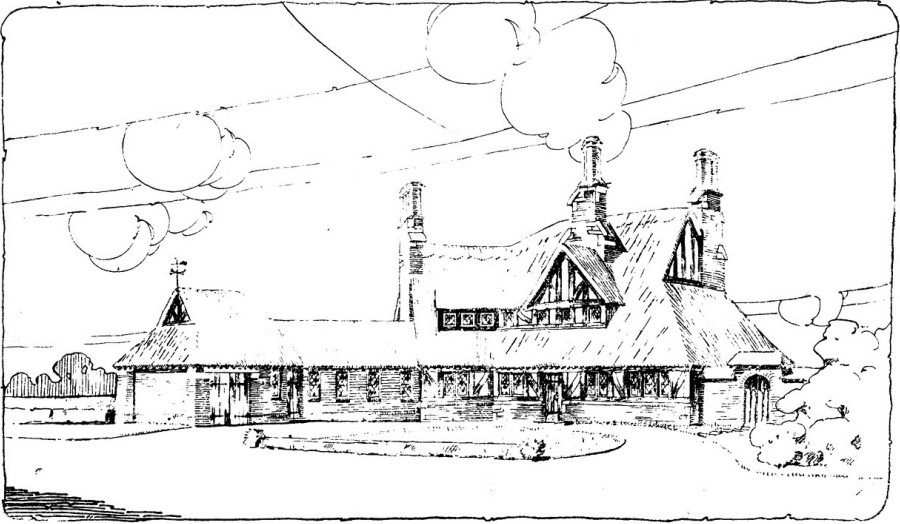 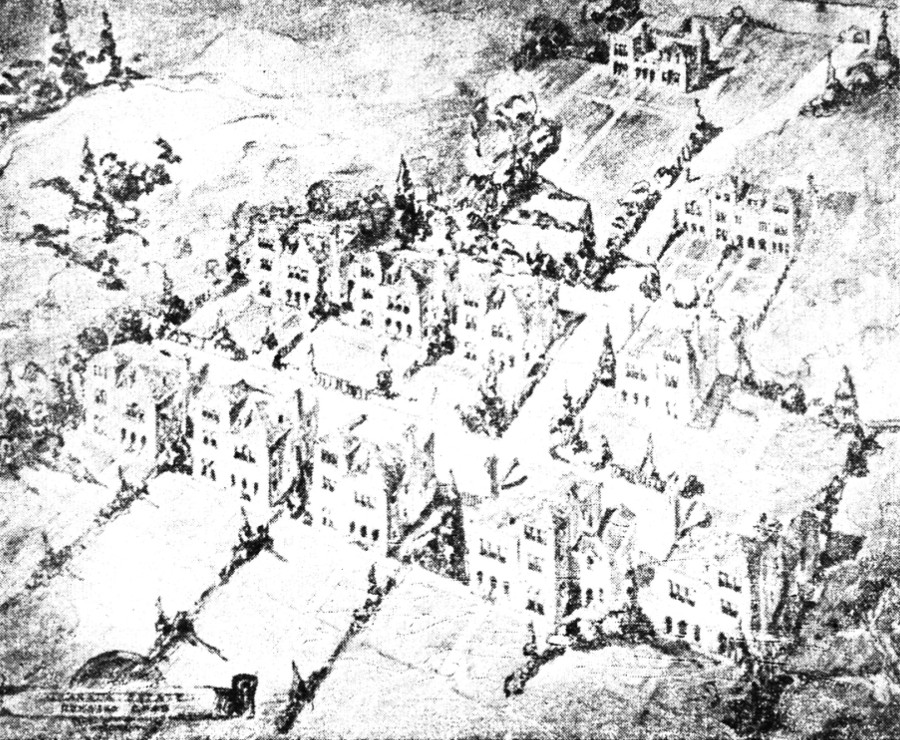 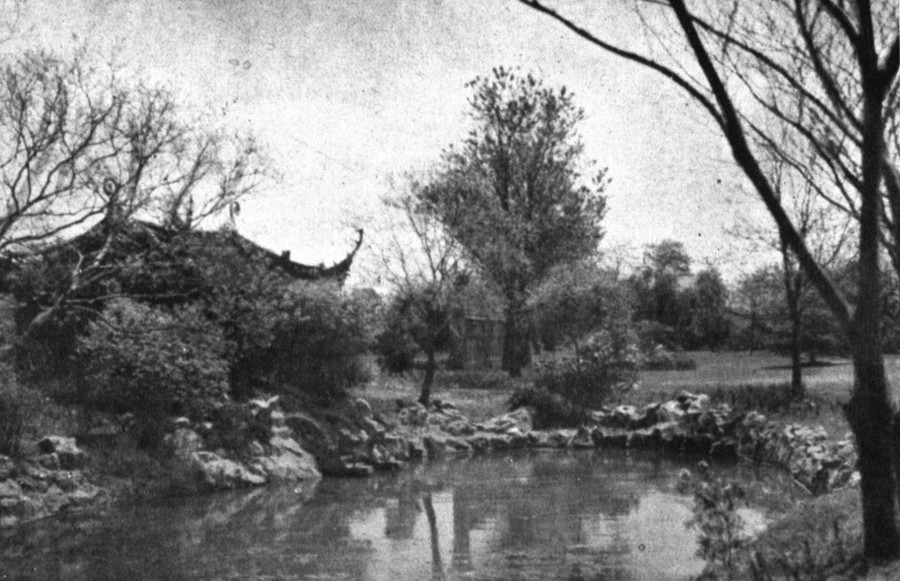 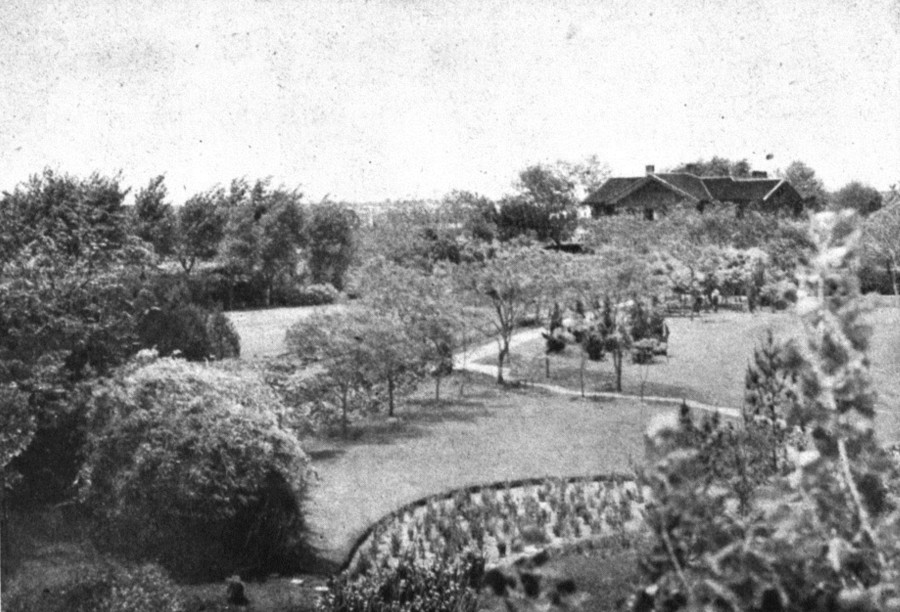 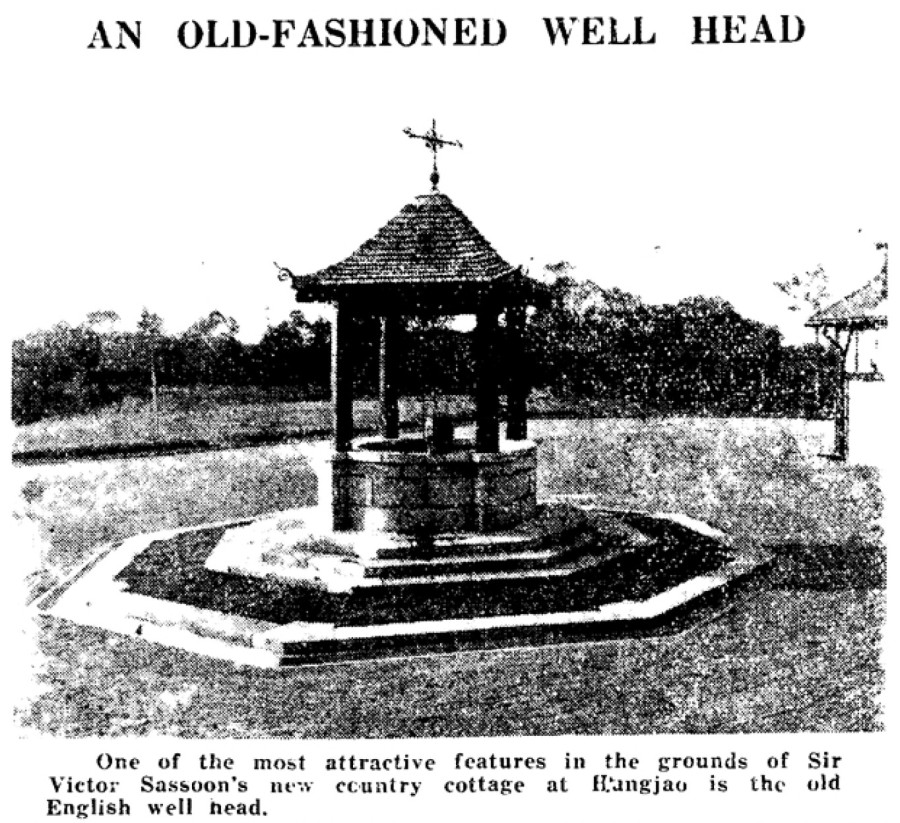 
All the evidence regarding this particular Tudor-style house on the corner of Rubicon Road points at H. E. Arnhold. There are no mentions of "Rubicon Garden" or Sassoon's Hungjao Road properties other than the Eves in archival periodicals, Hong directories, SMC minutes or memoirs. The Chinese sources, however, give many details about the purchase of the land, the size of the lot, the loss of the property, the chain of ownership after the war... It is plausible Sassoon owned something on this block, perhaps, next door to Arnhold's, but I am not convinced it was the building at today's 2310 Hongqiao Road. Hopefully, somewhere in the pile of Sassoon's diaries at SMU there sits a photograph and a handwritten note, like "here is my other cottage at Hungjao Road, which I call Rubicon Garden." 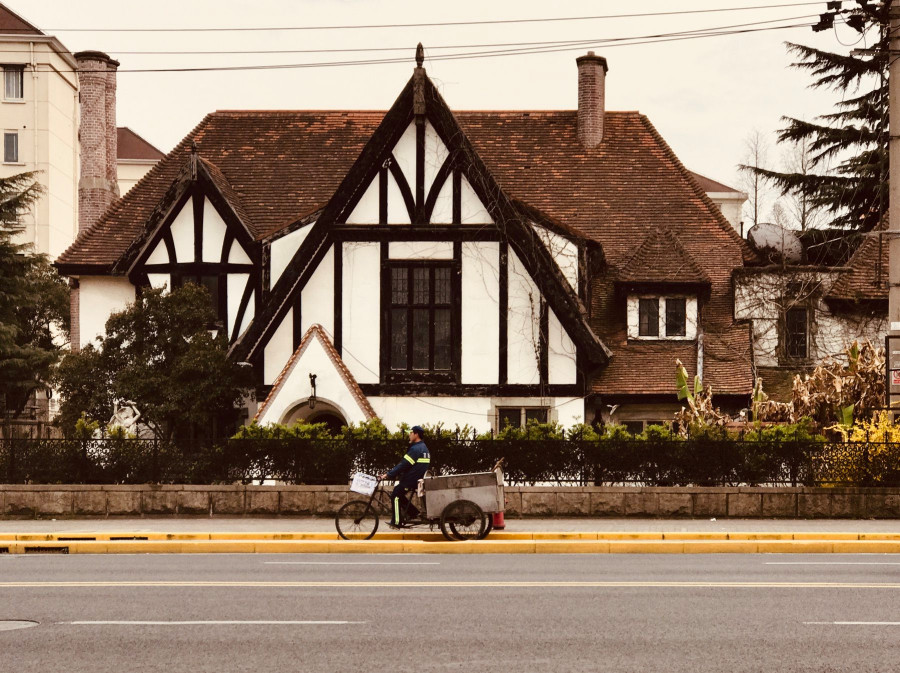