I haven't researched this thoroughly, but a quick glance at the Hong directories reveals that this villa (old address – 1779 Avenue Joffre) was the property of the Berthet family at least since the beginning of the 1930s. There were many Berthets in Shanghai from the 1890s onward, not necessarily all related. In 1920, E. J. Berthet living on Avenue Joffre (different house, though) reported a strange visitation: two men – one dressed as a Sikh policeman and one dressed as a woman – knocked on his door and pretended to get into a fight, right on his porch. "Was that some kind of a fraud?" Berthet asked the journalists.

During the Japanese occupation, a villa like this would almost certainly be seized by the Japanese commandment, but the Berthets are found there again in 1947, having repossessed it after the seizure (and after their possible internment in one of the camps). 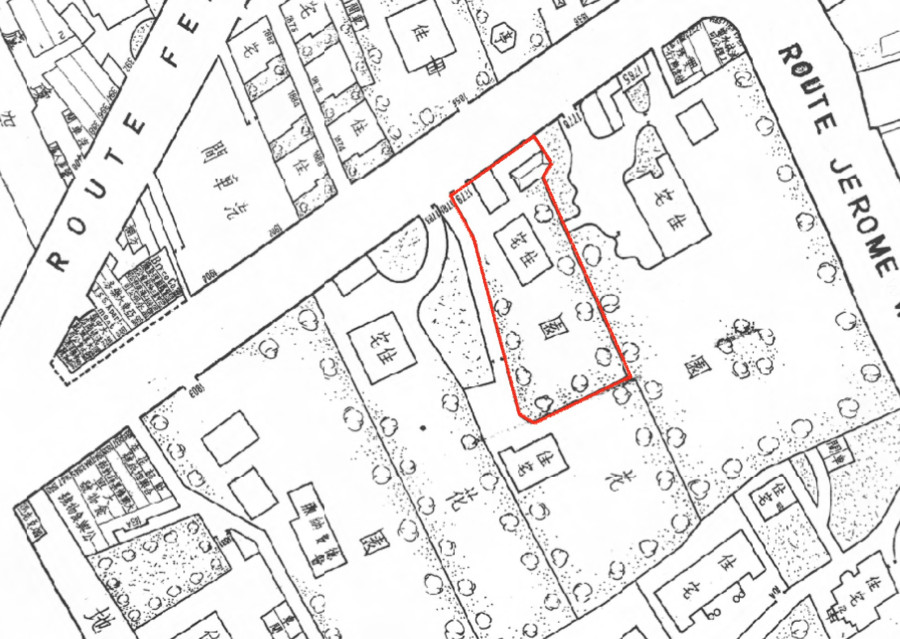