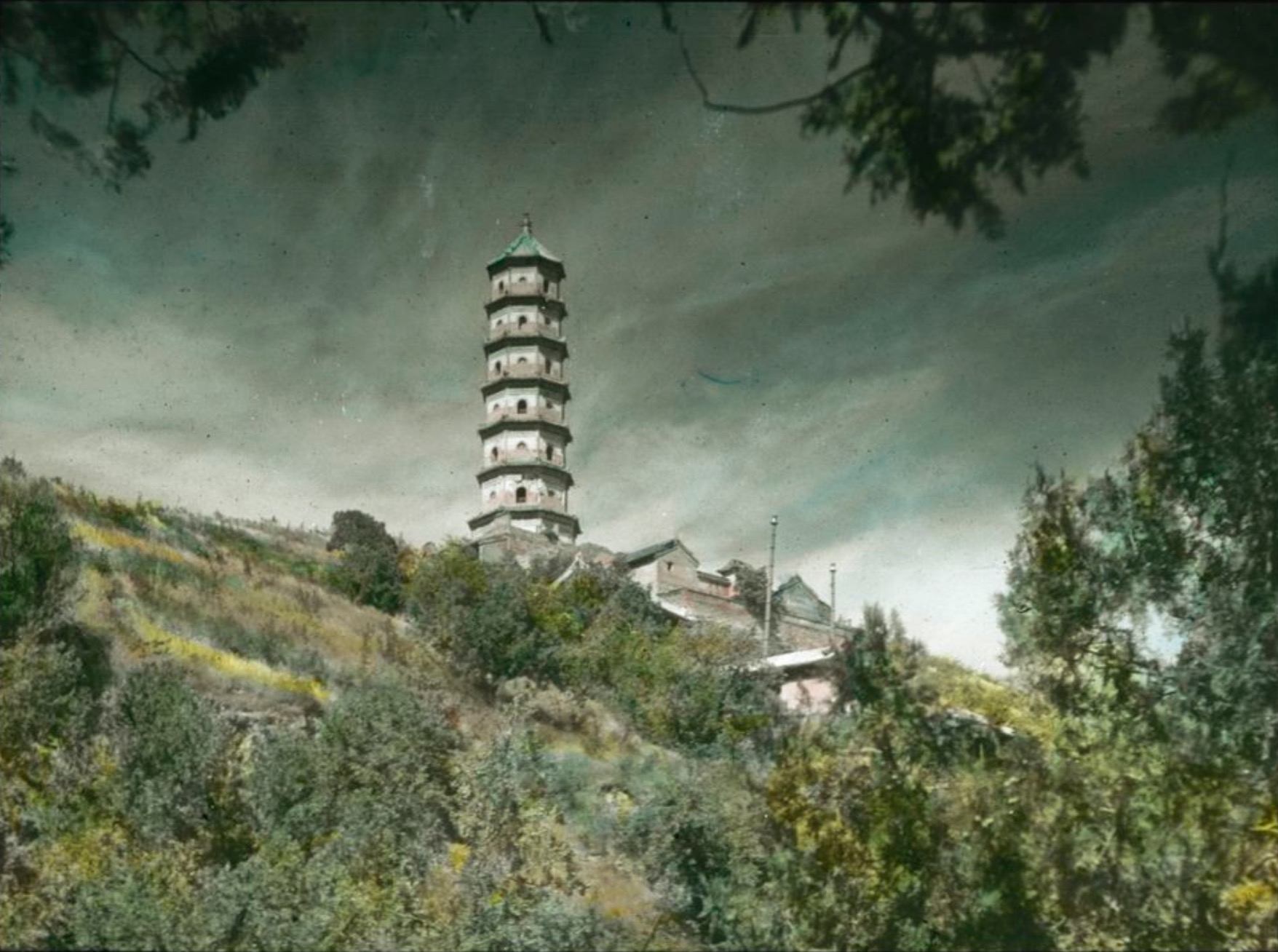 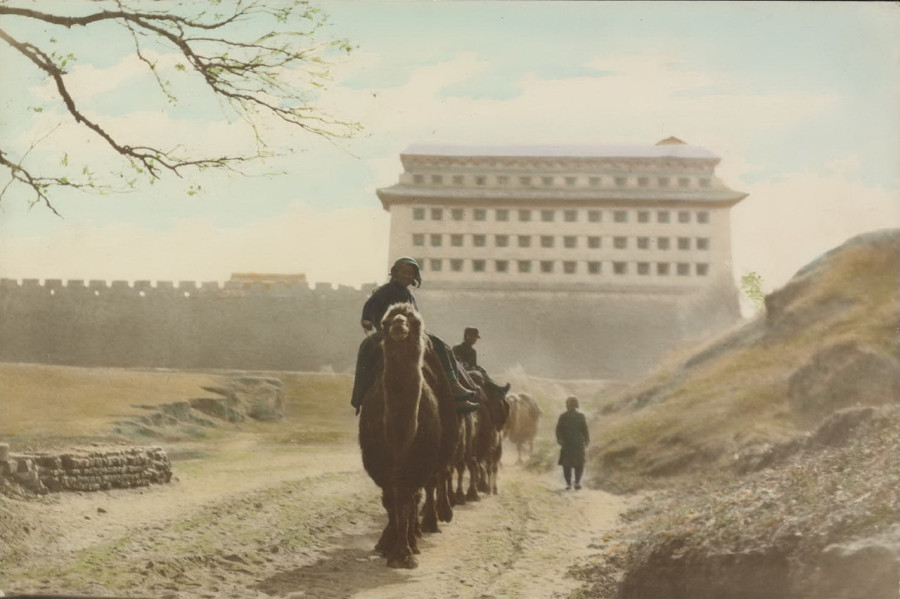 From the MAAS website:
These glass slides were taken by the Russian-born photographer Serge Vargassoff (1906-1965) who established himself as a professional photographer, at the age of 20, in Peking (Beijing), China and became a long-term resident of the city. Later he established a studio 'Serge Vargassoff Photography' at 3A Wyndham Street Hong Kong, as well as working at "Gainsborough Studio, Morning Post Building, Hong Kong". Vargassoff was well known to Hedda Hammer Morrision. Hedda Morrison writes fondly of Vargassoff in her book, A Photographer in Old Peking (1985), "[Serge Vargassoff] was an excellent, though not very businesslike, photographer. We enjoyed a firm friendship and it was he who brought me the news of the Japanese surrender - and a bottle of vodka with which to celebrate the event." The slides were most likely selected from a vast collection of Vargassoff's black-and-white silver gelatin photographs. A great many capture the city of Peking (Beijing), its sites and people. The glass slides depict historical sites and people of Beijing, including the Forbidden City, Summer Palace, the Great Wall, white dagoba, marble bridge and the Dragon Wall in Pei Hai (Bei Hai), the main temple of Ta Hui Ssu, Buddhist monks and street scenes. 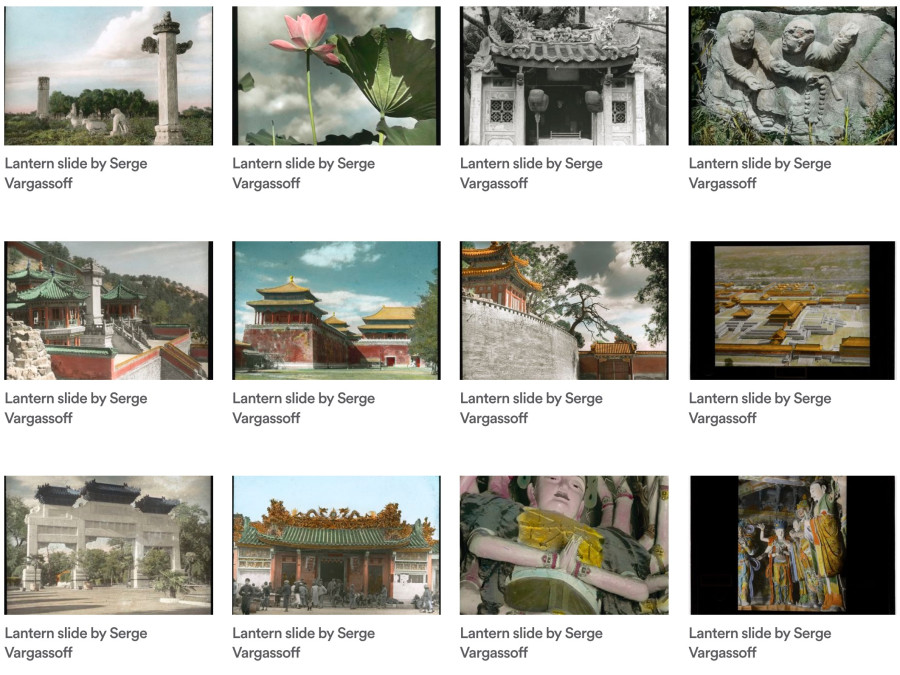