Until recently, I only knew of the Krivoss Apartments, named after its owner and architect Boris Krivoss. But here is another – Koffman Apartments 国富门公寓, at 232 Route Ferguson, now 武康路232号. I believe Gabriel Rabinovich built it for Vladimir Mironovich Kofman (Владимир Миронович Кофман), engineer and owner of the car dealership Oriental Motors on Avenue Foch. I think so because Kofman and family lived in the penthouse on the fourth floor ever since the Koffman Apartments was built. It was customary for building owners to move into their properties (and occupy the top floors). The Kingsbury family lived in the Kingsbury Apartments (later renamed Dupleix Apartments) on Route Dupleix 安福路; the owner of Clements Apartments, A. Clements, also lived in his building on Rue Lafayette 复兴中路. The difference between Kofman and Koffman can be ascribed to the westernization of the building's name.

There are two small apartment buildings flanking the Koffman – the Capetown on the left, and the Uptown on the right – whose origins and years of construction are obscure. But according to Rabinovich's drawing, in March 1935 the Capetown was not yet planned, while the Uptown could have been under construction: 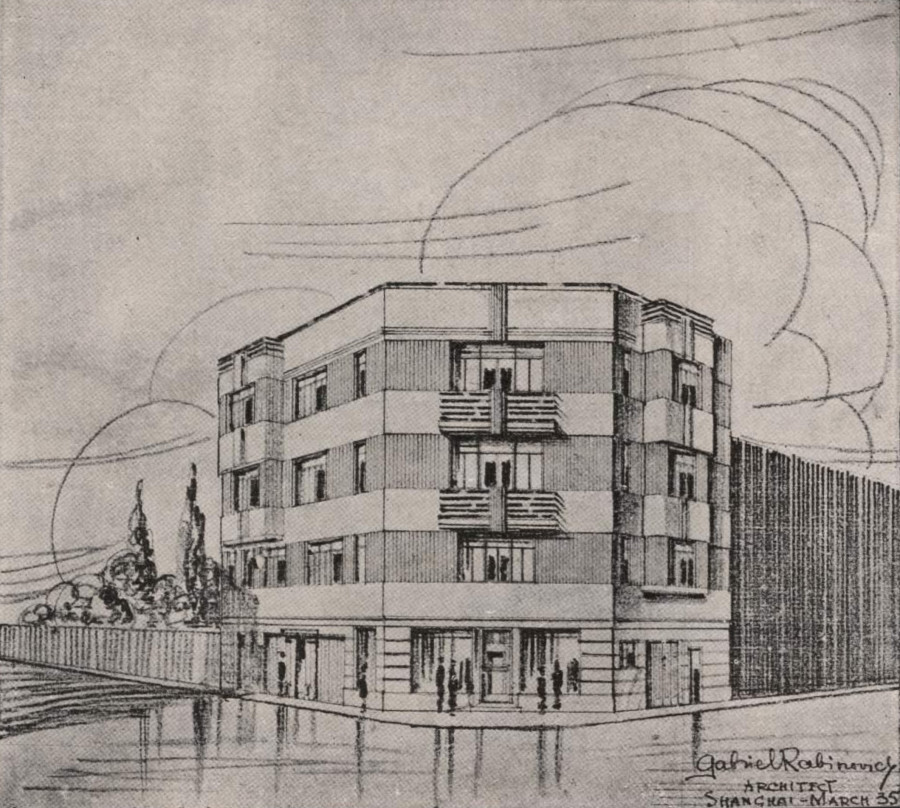 Since its construction, the Koffman Apartments has had an extra floor added on top.

On Building Russian Shanghai you can see other works by G. Rabinovich or read about the French Concession's "midget apartments."