No one writes about the architect Karsten Hermann Suhr (苏尔洋行), although he was quite active in the 1930s in Shanghai, Hangzhou and Tianjin and earned a feature in Men of Shanghai (1933). Suhr designed a hospital in Wusong (1931), office building on Jiujiang Road (1931), a new building for Tongji University (1932; realized), a residence in the Western District (1933; realized), a Spanish-style residence on Avenue Petain (1933), a new building for South-East Daily News 东南日报 in Hangzhou, an annex with a gymnasium for Kaiser Wilhelm Schule (1938; realized), as well as buildings for the Franco-Chinoise Institute (with Baedecker), Fudan University and Fudan Middle School, National Institute of Self-Government in Wusong and University of Jiangnan in Hangzhou. Earlier, in partnership with Becker & Baedecker, he designed residences, banks and godowns in Tianjin. His paintings were exhibited at Shanghai Art Club, alongside those of C. H. Gonda and B. Fraser, also architects. It would be interesting to track how many of his buildings survive in Shanghai. 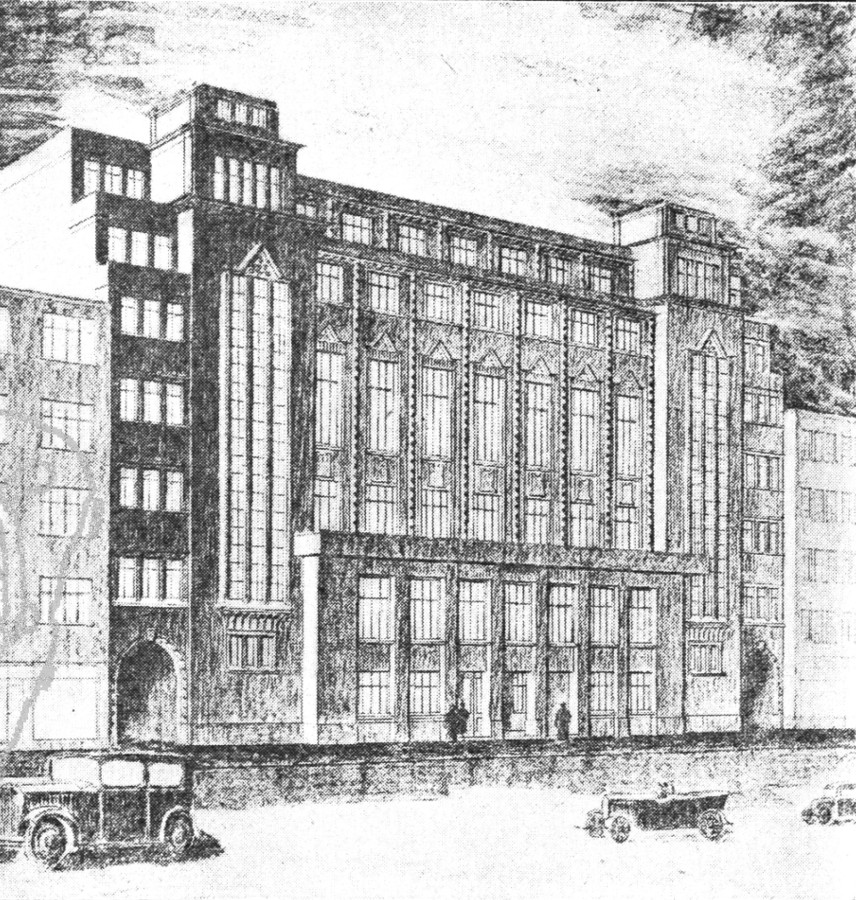 Project of an office building on Kiukiang (Jiujiang) Road, by K. H. Suhr