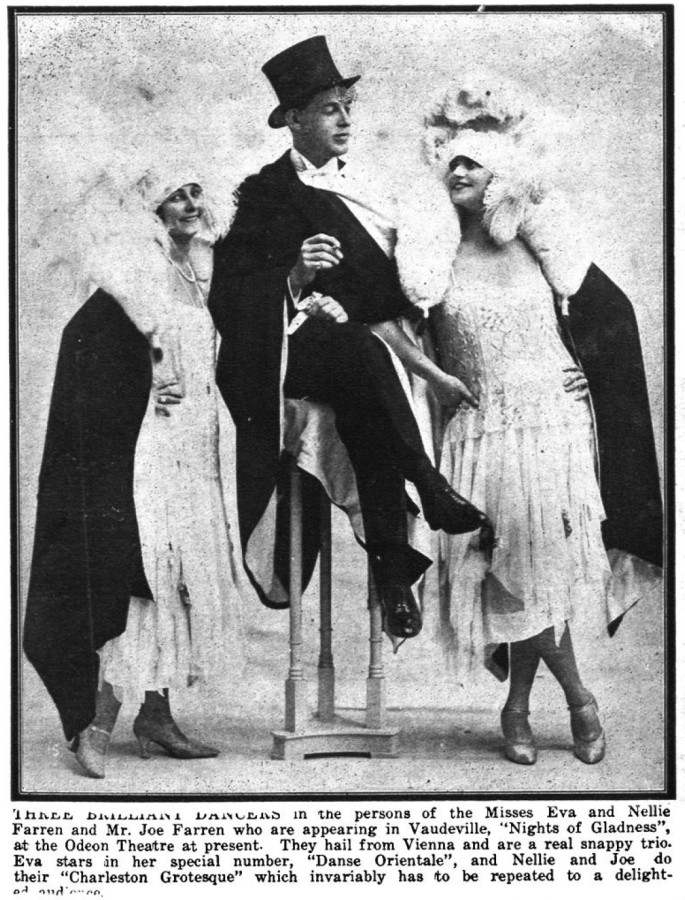 The Farren's troupe made frequent appearances on the pages of Shanghai newspapers in the late 1920s and early 1930s. But since the troupe's return from "the triumphant tour" of India and Java in 1932 Nellie was never mentioned in the press again – except for a brief mention of the troupe's principal dancer drowning in the Hongkew Public Bath – which could have very easily been Nellie. Since June 1932, Vera Kagen was the leading dancer in the Farren's troupe.

UPDATE 10 Jan 2020: Thanks to the comment below, it has been possible to establish that the Farren's Troupe dancer who drowned in the Hongkew Swimming Bath was Johann Lott. Read more here.