In the 1930s there was a lot of optimism regarding the growth of Shanghai real estate, but the proposals for the future development of the Bund sometimes fell into the category "thank god these were never built".

-- 1 --
Here is a project of an enormous high-rise between Fuzhou Road 福州路 and Yuanfang Lane 元芳弄, which would have called for the demolition of the former Great Northern Telegraph from 1908 (7 on the Bund 外滩7号), the Shanghai-Nanking Railway Administration (Yuanfang Lane 元芳弄) and the China Merchants Bank (9 on the Bund 外滩9号). The latter banking group were, in fact, pushing for this redevelopment plan, but it did not materialize and we still have the old buildings. 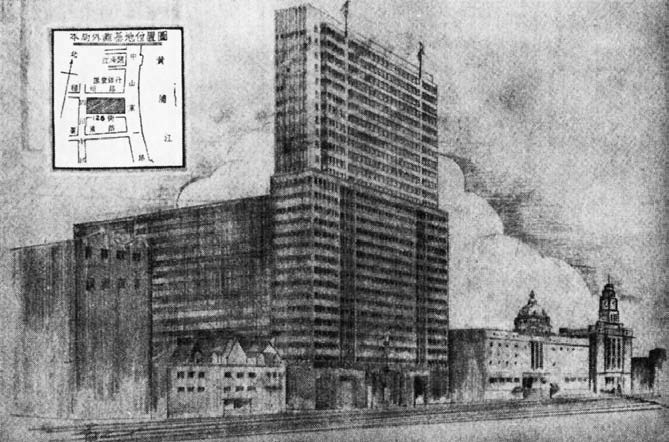 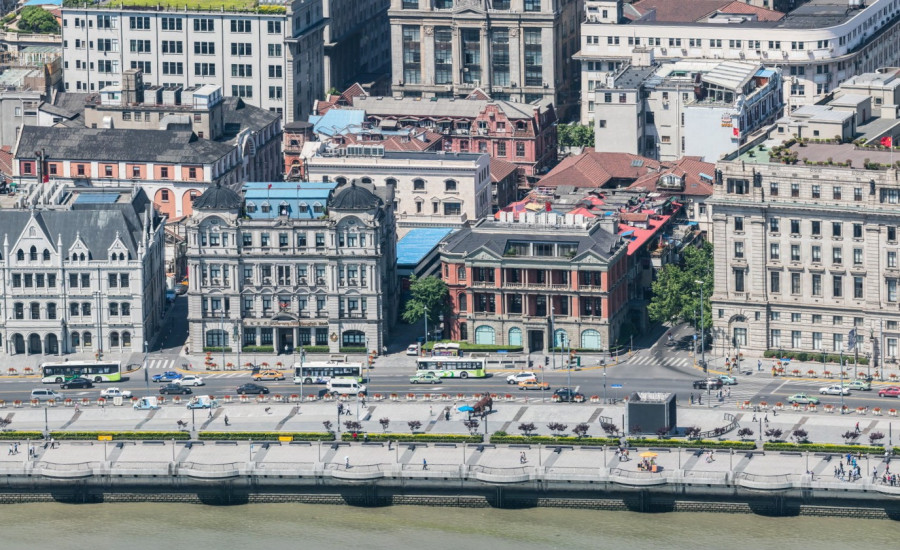 [See the rest of the projects...]
-- 2 --
This is what Minutti & Co. proposed to erect on the French Bund in 1931, across Rue du Consulat from the French Consulate: 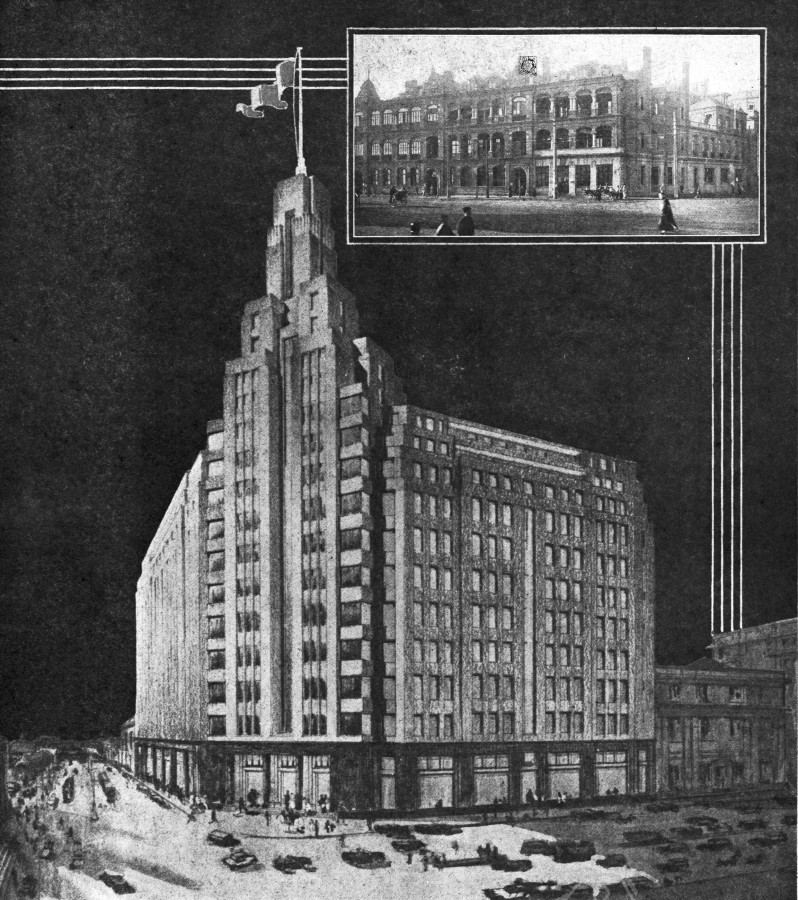 We can only regret this plan did not go forward, although Minutti got to build the Messageries Maritimes several years later (on the far right of the modern image): 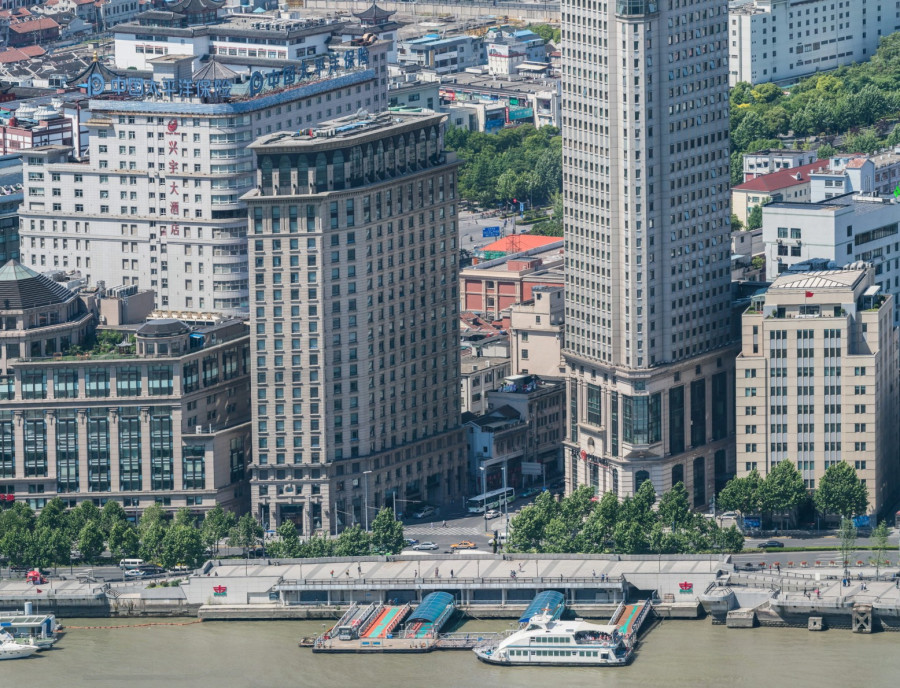 Image: bigpixel.cn
-- 3 --
I already mentioned earlier (although I cannot find that entry) that the Bank of China 中国银行 was meant to be much taller than the Sassoon Building (Cathay Hotel), but the inflation and the preparations for the war clipped the resulting building. There is also a nice story about Victor Sassoonthe voicing his objections about the new building's height. Here is Palmer & Turner's original project, publicized in 1935: 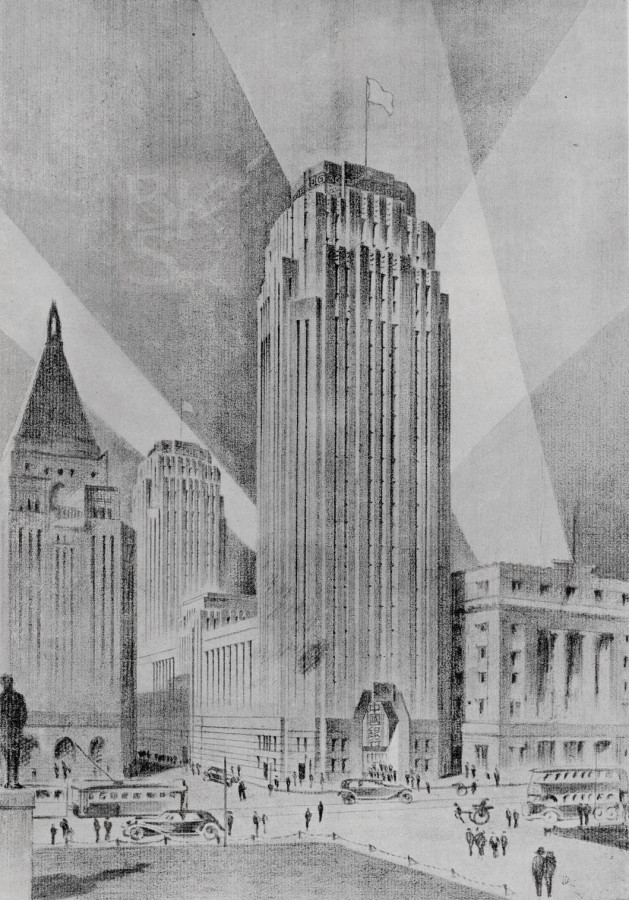 What we have instead: 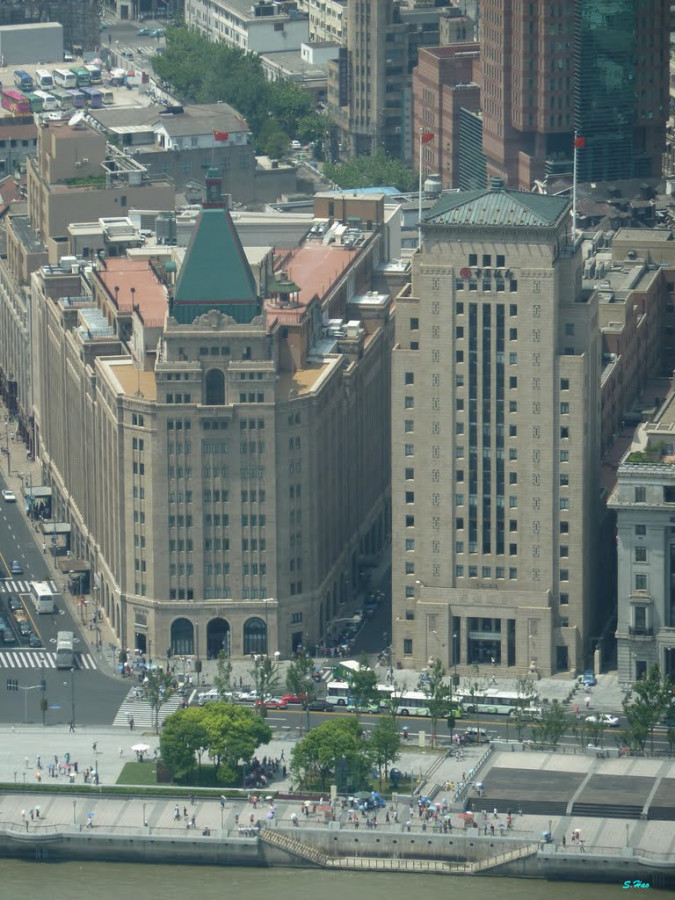 Image: mapio.net
-- 4 --
The design of the Broadway Mansions 上海大厦, at the north end of the Bund, was initially quite different. Here is what the architect B. Fraser originally created for the Shanghai Land Investment Co. in 1931: Let's enjoy it from another angle: Image: Shanghai Sunday Times, Dec 1931
-- 5 --
We can only congratulate ourselves that Fraser redrew the "squatting sumo wrestler" and went for a stepped facade, a lot more engaging visually. One of the factors for the change could have been the imperative to give the building a footprint resembling a combination of two lucky numbers "八" ("8"): Image: avezink
-- 6 --
Further to the north of the Bund, on Whangpoo Road, the Czech architect Hans Hajek proposed this tower: 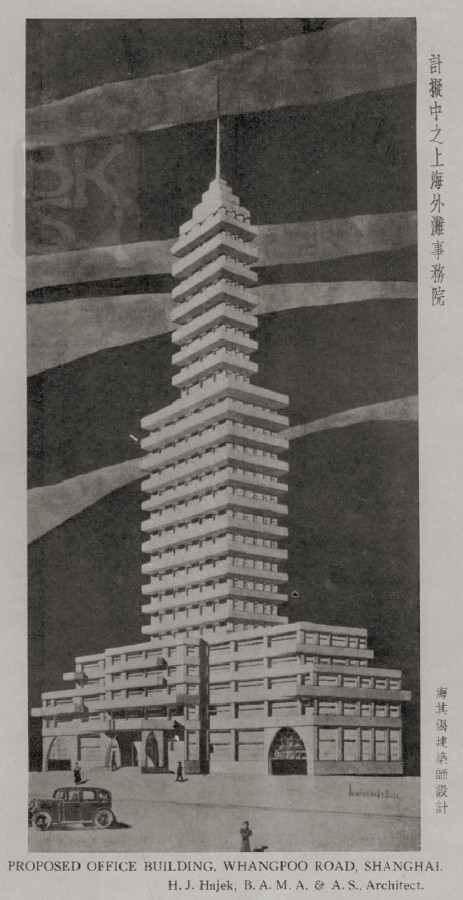 Hajek's skyscraper would have at least been funny, but what emerged there in the new century is plain boring: 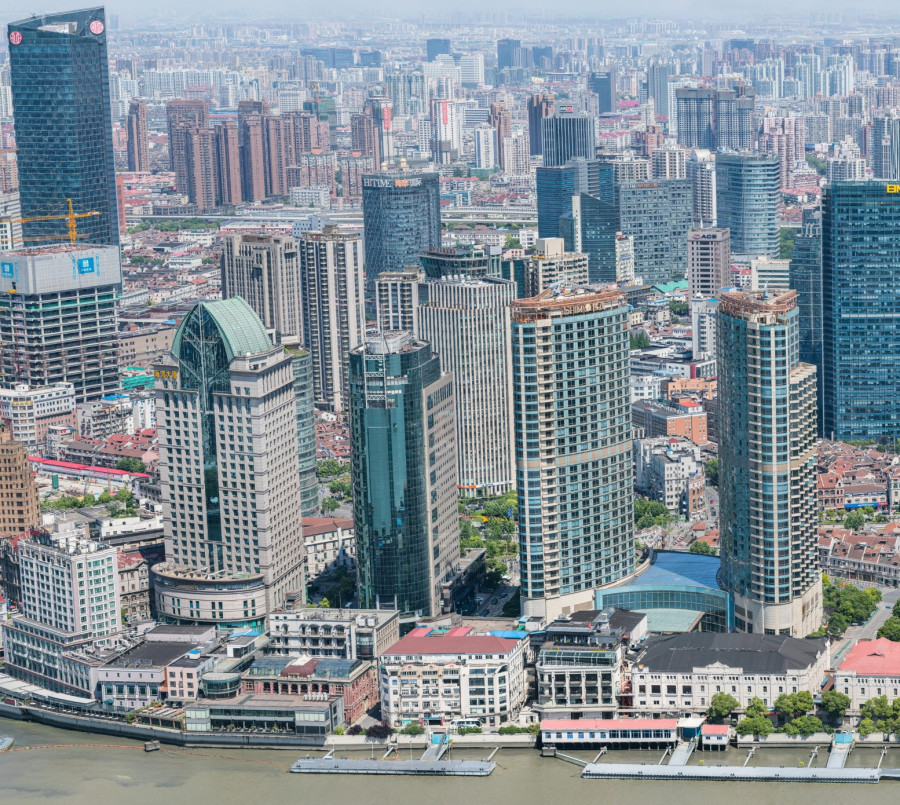 If I think of other unrealized Bund buildings I'll add them here.

UPDATE:
-- 7 --
I thought of another unrealised building, planned for Whangpoo (Huangpu) Road – the American Consulate. In fact, there were at least two versions. One was proposed by R. A. Curry in 1926: Another one was proposed in 1935 (I cannot find the hi-res drawing in my files, so I'm using one from wikipedia). This massive symmetry resembles some Hong Kong projects of the era, and it is also somewhat awkward: 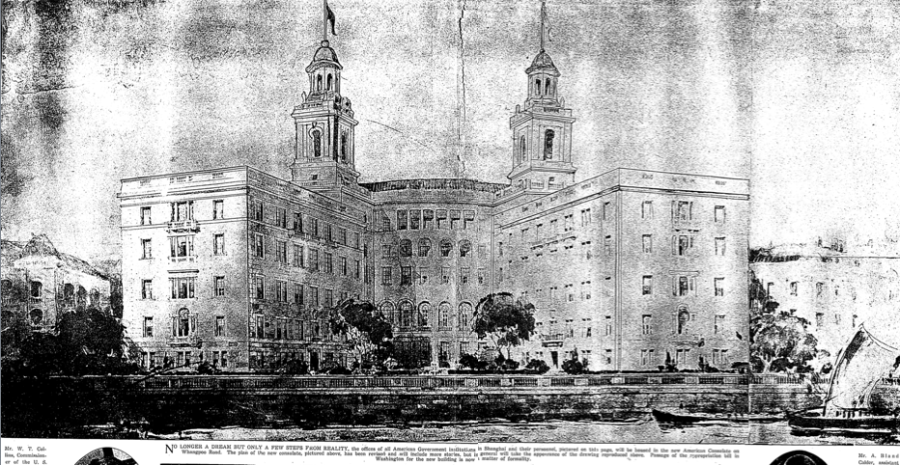 In the meantime, in another part of town, here is what the Credit Foncier d'Extreme Orient wanted to put on Avenue Joffre (Middle Huaihai Road 淮海中路) in 1931, between today's South Xiangyang Road and Fumin Road:

Instead, that block has K-Wah Centre: 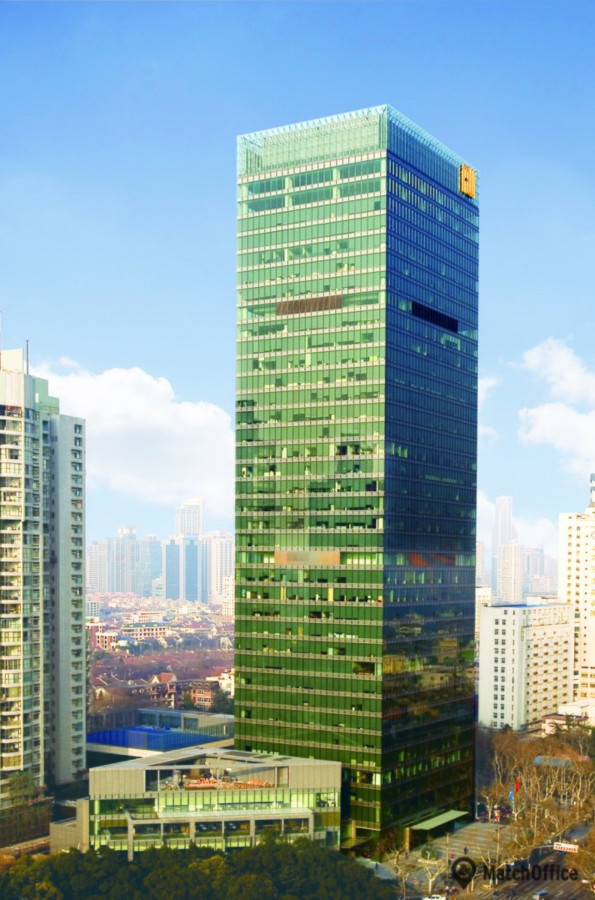 There were many more ambitious and unrealized projects in the French Concession. Perhaps I should make a separate entry about them.