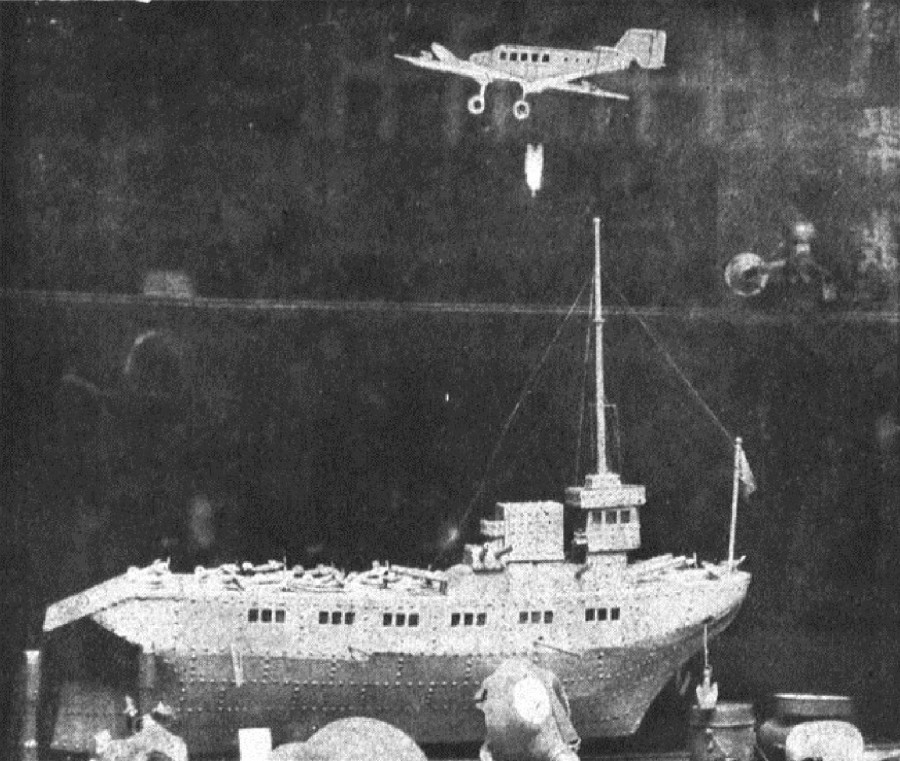 In October 1937, a staff photographer for NCDN spotted this vitrine on Foochow (Fuzhou) Road: a miniature airplane dropping a bomb on a miniature warship. The war was in vogue, as the journalist concluded; even in the Settlements, the regular Japanese air raids of Chapei were perfectly visible. The vitrine might have also expressed a retroactive wish for better aiming on the part of the Chinese pilots, who failed to hit the Japanese battleship Izumo on August 14, unleashing a chain of tragic events known as the Bloody Saturday. 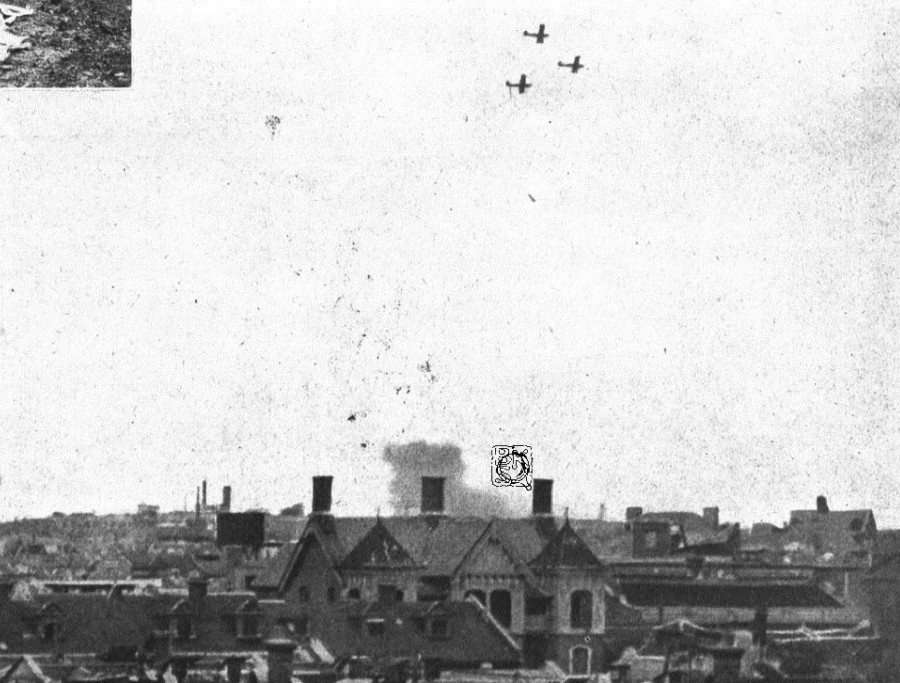